I never knew Firefighter Thomas R. Kelly but have been inspired by his bravery and sacrifice he paid that day in 2001. I have a FDNY bracelet with his name on it that I wore for at least 2 years after 9/11 and still pull out and wear in the days before and after 9/11 every year. I have 2 beautiful babies that I will show the bracelet to when the time is right and I ll explain to them the sacrifice that Thomas Kelly and his brethren made that day. God Bless Thomas Kelly and all of the others who risk their lives to protect others. Never Forget.

I didn't know Thomas but I

I didn't know Thomas but I bet he would of made a good friend also I commend his bravery and his valiant service and my prayers go out to his family and I hope that we never forget the sacrifices they made. Never forget.

Kathleen Jermyn, Thomas' cousin, who died in Lockerbie on December 21, 1988 had spent the summer before with the Kelly family. She was very close with Thomas. 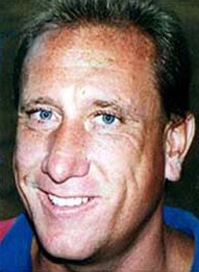 Everything about Thomas R. Kelly's life springs from his summers in Riverhead on Long Island. He spent all his vacations in a family bungalow there, riding his bike to the beach and swimming.

Eventually he followed in his father's footsteps and joined the Fire Department, but his world continued to revolve around water and bike trails. He swam in the shark tank of a nearby aquarium. He went deep sea diving in Belize. After his divorce last year, he moved into a house around the corner from where his family had summered, and where his parents, Sue and Emmet, now live year-round.

When he was not swimming, he was biking, and on a 400-mile charity ride from New York to Boston last June he met Kate Zellner. The couple planned to pedal through Europe next summer to raise money for AIDS research. But instead their last bike ride was on Sept. 9, through all five New York boroughs. Because Ms. Zellner's pace was slower, Mr. Kelly waited for her at a bar, where he sat down next to another man named Thomas Kelly — also a firefighter — and they marveled that two Tom Kellys happened to be in the same place at the same time. Two days later, both Tom Kellys died at the World Trade Center.