Thomas Langone in the pool 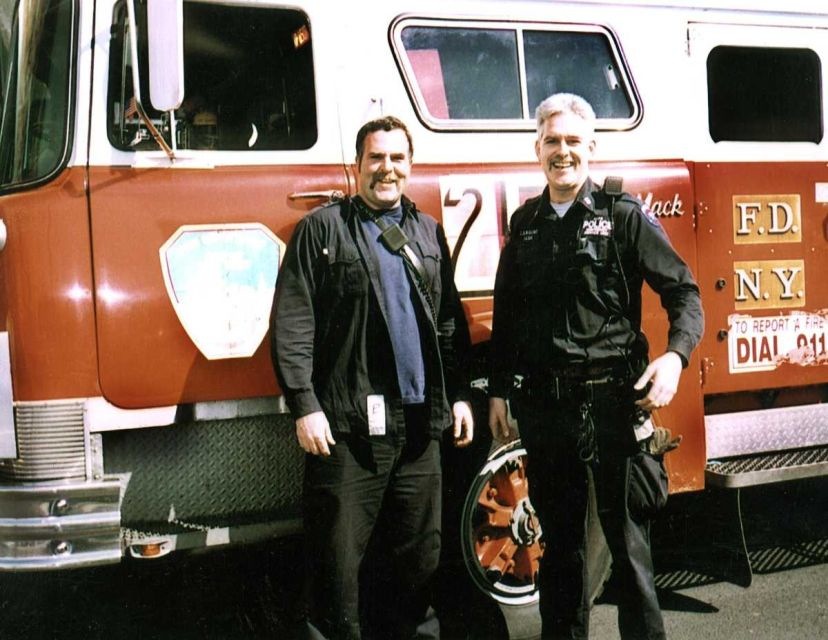 From left, firefighter Peter Langone and his brother, Thomas. Peter was with Engine Company #252 from Bushwick, Brooklyn and Thomas was an Emergency Service Police Officer with ESU Truck #10 in Flushing, Queens. Both brothers were also members of the Roslyn Rescue Fire Department. (Credit: Handout, Newsday.com) 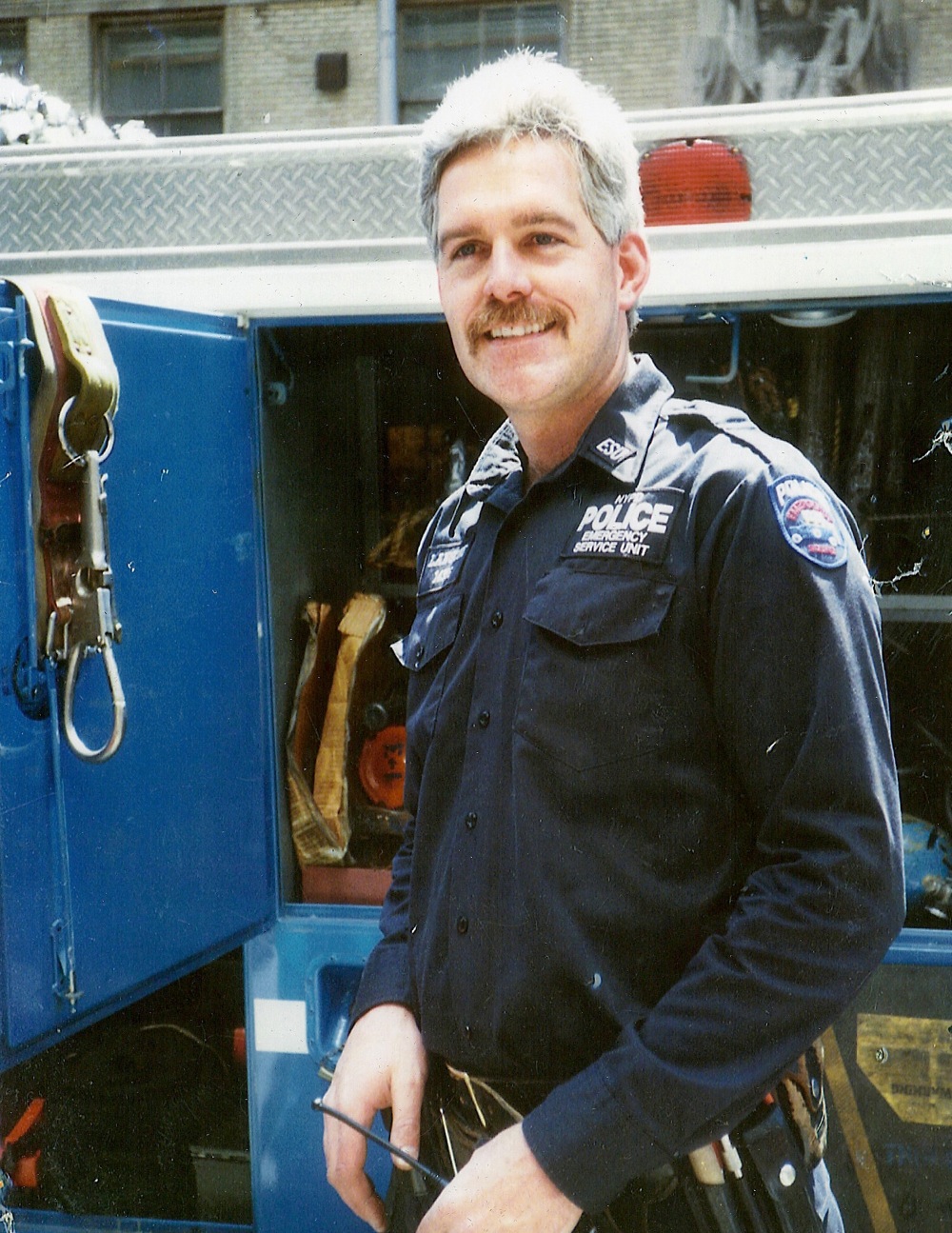 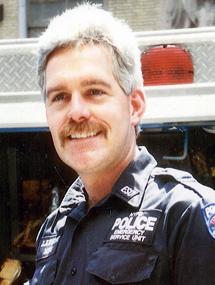 Police Officer Thomas Langone was killed in the September 11, 2001, terrorist attacks while attempting to rescue the victims trapped in the World Trade Center.

Officer Langone had been a member of the New York City Police Department for 18 years, and is survived by his wife, son, and daughter. His brother, a New York City Fire Fighter, was also killed in the attack.

Officer Langone was posthumously awarded the New York City Police Department's Medal of Honor for his heroic actions. He was assigned to ESU Truck 10.

On the morning of September 11, 2001, seventy-two officers from a total of eight local, state, and federal agencies were killed when terrorist hijackers working for the al Qaeda terrorist network, headed by Osama bin Laden, crashed two of four hijacked planes into the World Trade Center towers in New York City. After the impact of the first plane, putting the safety of others before their own, law enforcement officers along with fire and EMS personnel, rushed to the burning Twin Towers of the World Trade Center to aid the victims and lead them to safety. Due to their quick actions, it is estimated that over 25,000 people were saved.

ON THE JOB, TOGETHER
Thomas Langone

A neighboring volunteer fire company called the one in Roslyn, N.Y., for help on Thanksgiving 2000. A rescue specialist was needed to extricate a young man from a wrecked car. The company, and the driver, were lucky. Two rescue specialists, Peter and Thomas Langone, arrived and cut him loose.

In their time off, Firefighter Peter Langone and Police Officer Thomas Langone were leaders at the Roslyn Rescue Fire Company, training other volunteers in the skills they learned at work.

Peter Langone, 41, a driver with Engine Company 252 in Bushwick, Brooklyn, a specialty unit, was the "elder statesman" at the firehouse, according to Firefighter James O'Connor. He drove the truck and showed rookies the ropes, speaking bluntly at times. "He never beat around the bush," Firefighter O'Connor said. His wife, Terri, and his daughters Nikki, 9, and Karli, 5, were often seen around the firehouse, and they took weekend trips to the country. They were planning a family trip to Disney World this winter. He also liked to hunt, and in good years that meant venison stew in the firehouse.

Thomas Langone, 39, of Emergency Squad 10 in Brooklyn, went to Oklahoma City in 1995 to help with recovery efforts after the bombing of the Alfred P. Murrah Federal Building. "His entire day went at a million miles an hour," a fellow officer said. "He didn't wait to be called." He also taught firefighting techniques for Nassau County, and was working toward a bachelor's degree from Empire State College's distance learning program so he could teach when he retired from the department.

With his wife, JoAnn; his daughter, Caitlin, 12; and his son, Brian, 10, Thomas Langone took a trip to Rhode Island last summer, touring mansions and enjoying the cliff walk in Newport.

Their jobs brought the brothers together. In 1990, the Roslyn volunteers went to the scene of the Avianca crash in Oyster Bay. In 1993, working for New York City, the brothers went to the World Trade Center bombing. On Sept. 11, they arrived separately not long before the twin towers collapsed.