Went to visit you last week -

Went to visit you last week - Its so different down there now - Miss ya always and forever!

Steven pictured with his wife, Shelley, at their wedding.

DH,
I Love You very much!
CAll me when you get up!
XXOO
Big Ditty 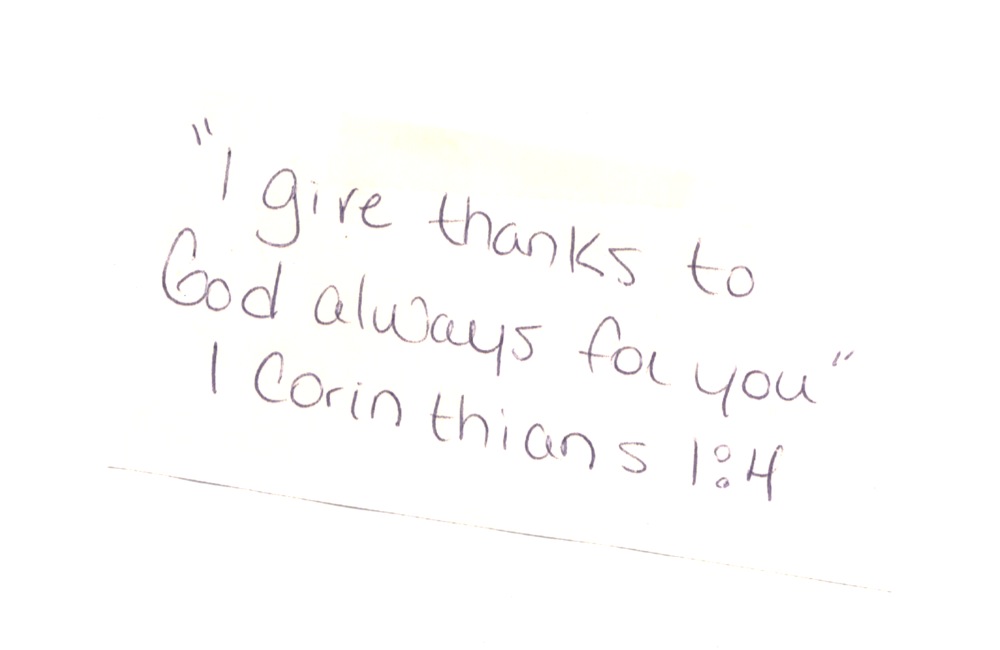 Bible passage relating to Steven Genovese
"I give thanks to God always for you"
I Corinthians 1:4

Steve with his wife Shelly on a boat. 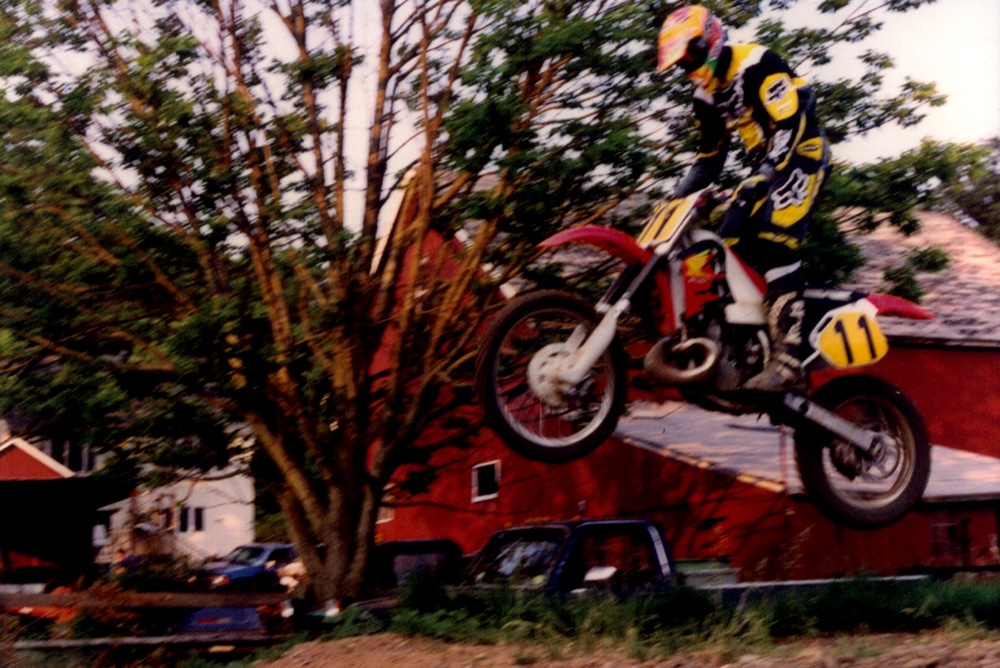 Steven Genovese on his dirt bike 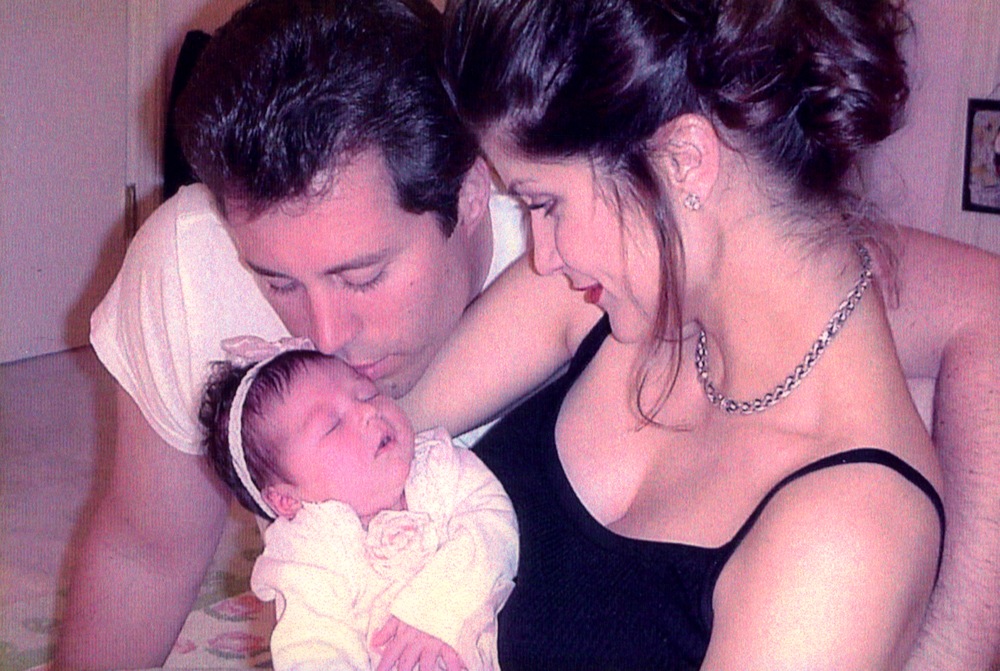 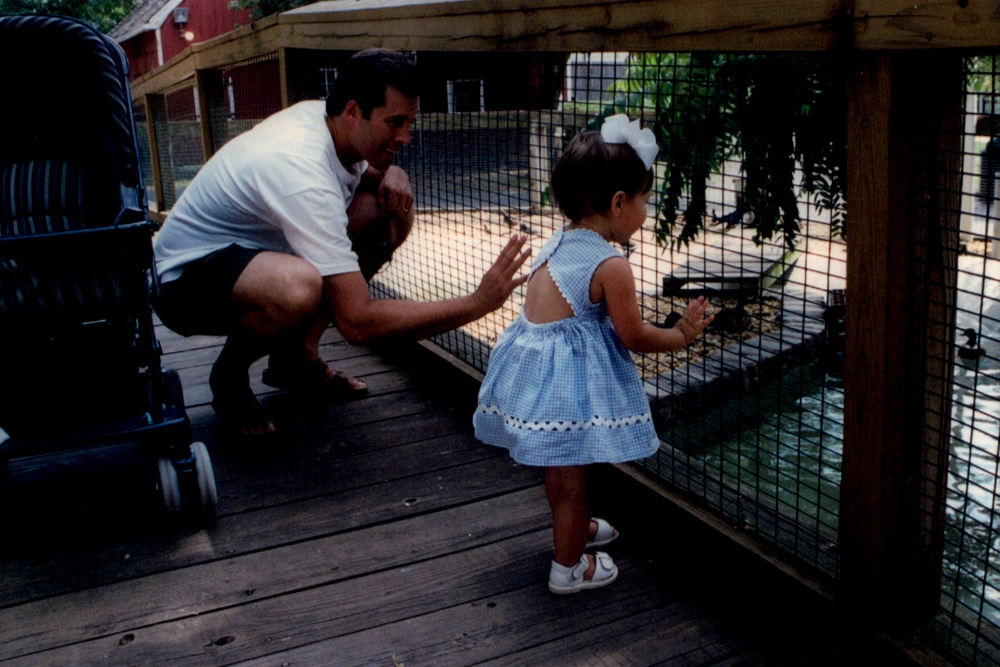 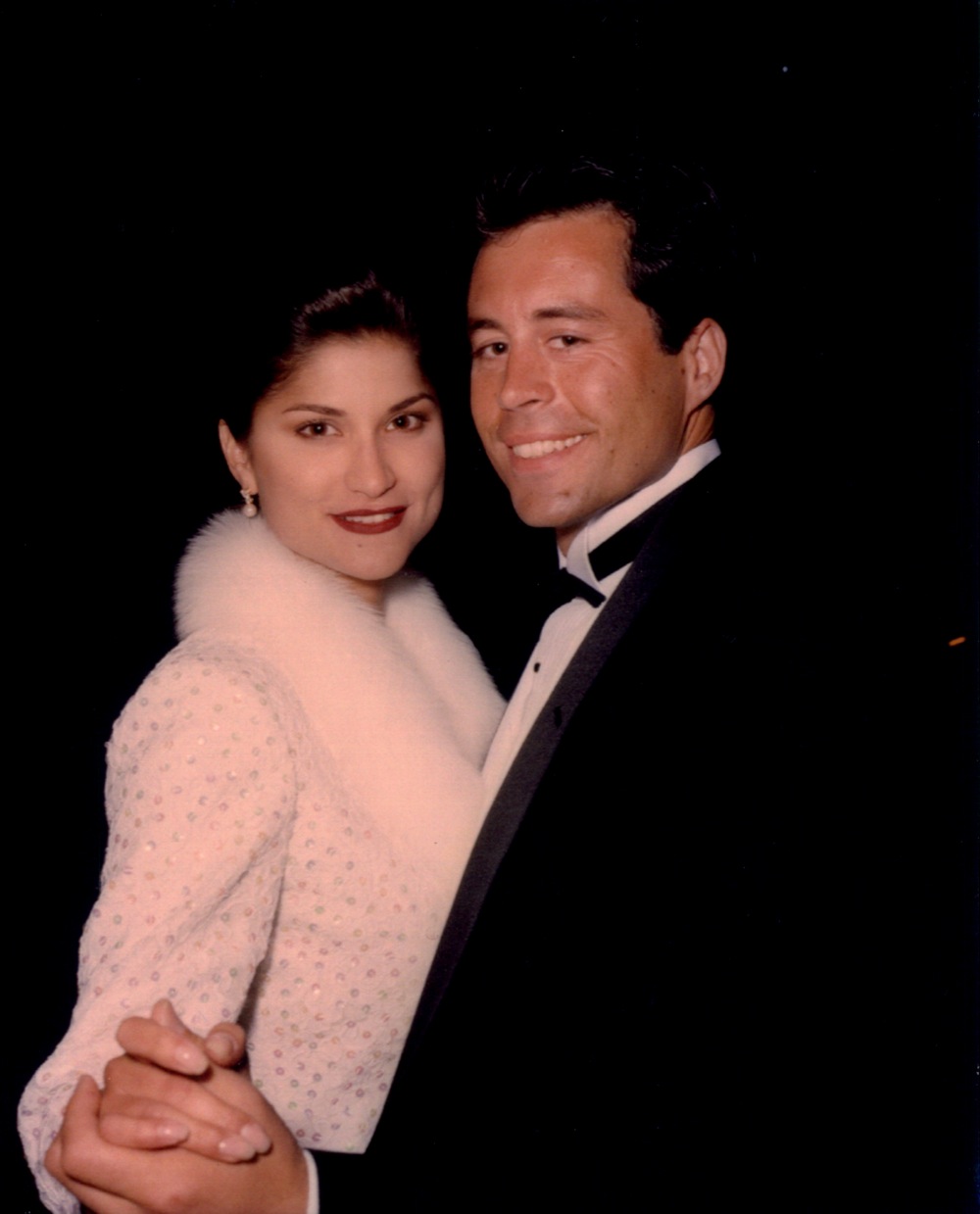 Steven Genovese with his wife Shelly 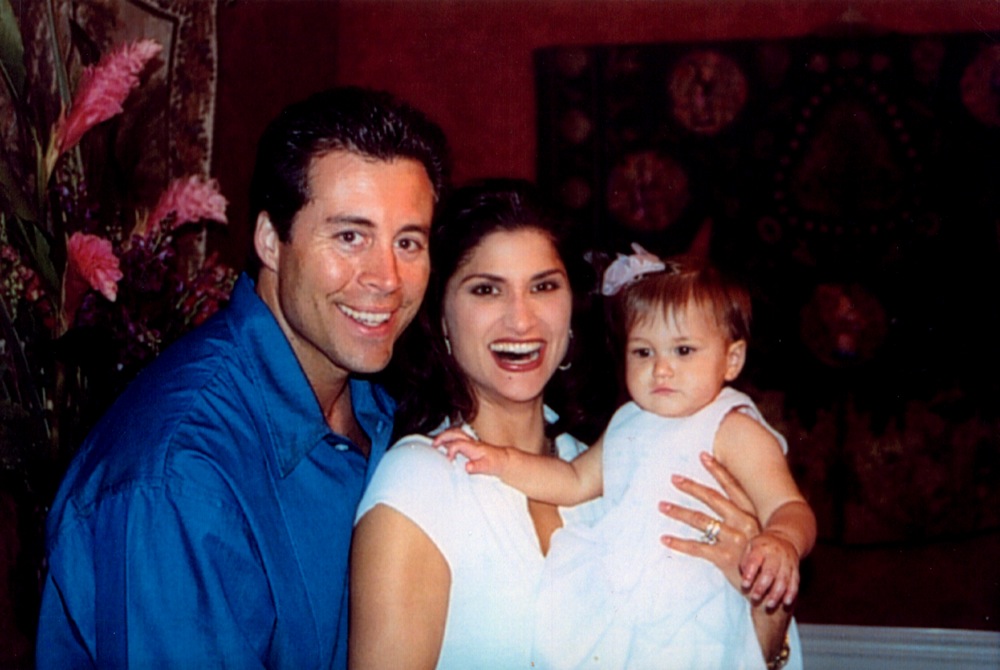 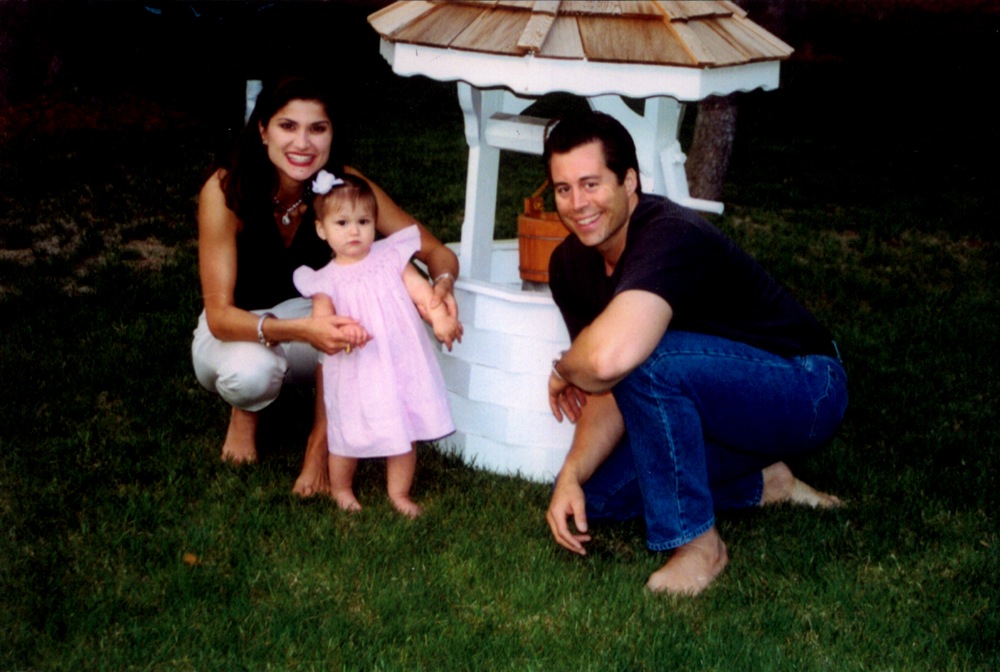 Fallen But Not Forgotten

Booklet created by Campus Crusade for Christ International within one week of the attacks in 2001. It was the centerpiece of The 911 Remembrance Project, a partnership of churches. Contains an article by Shelly Genovese and Darrel Scott. 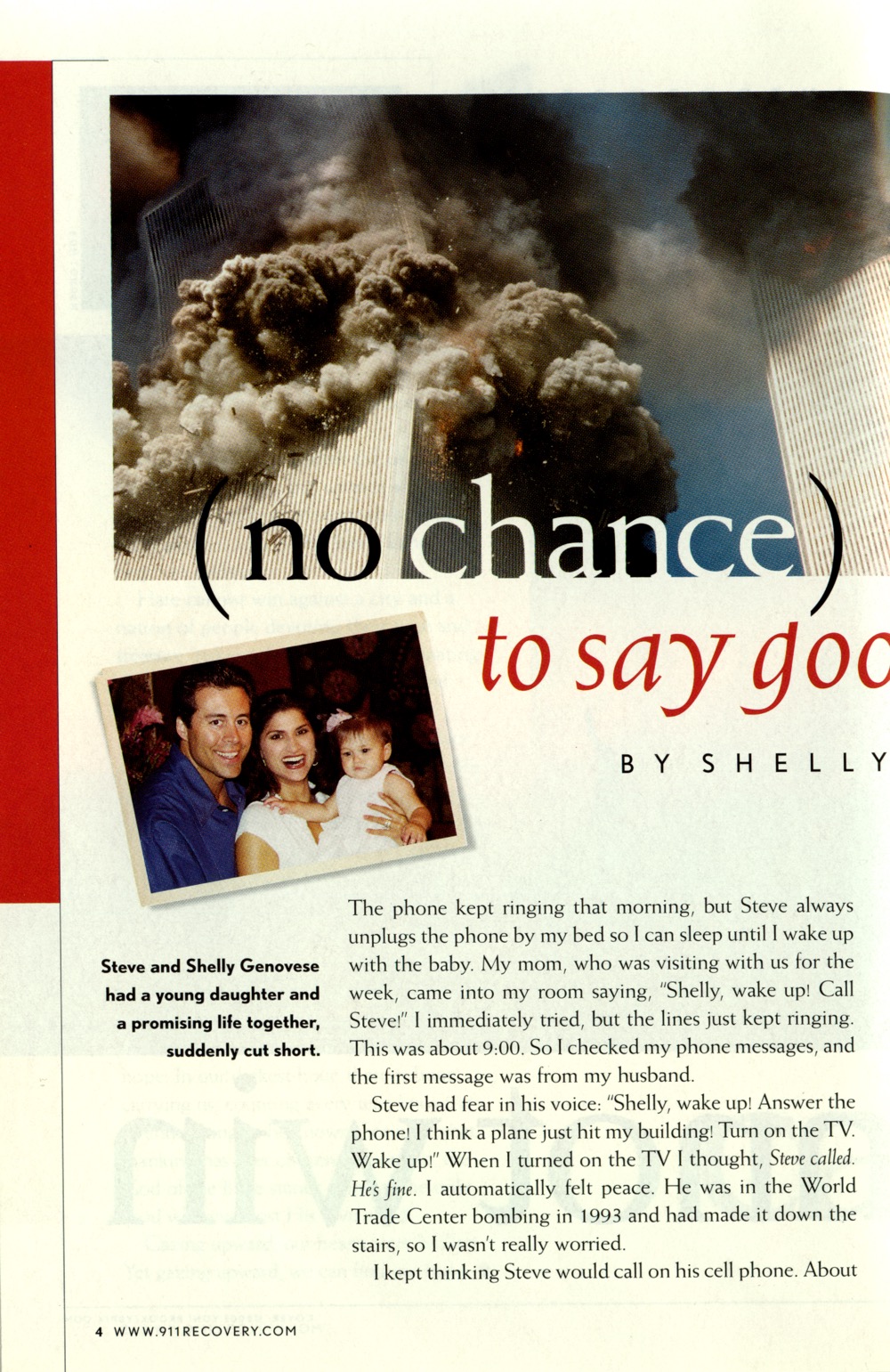 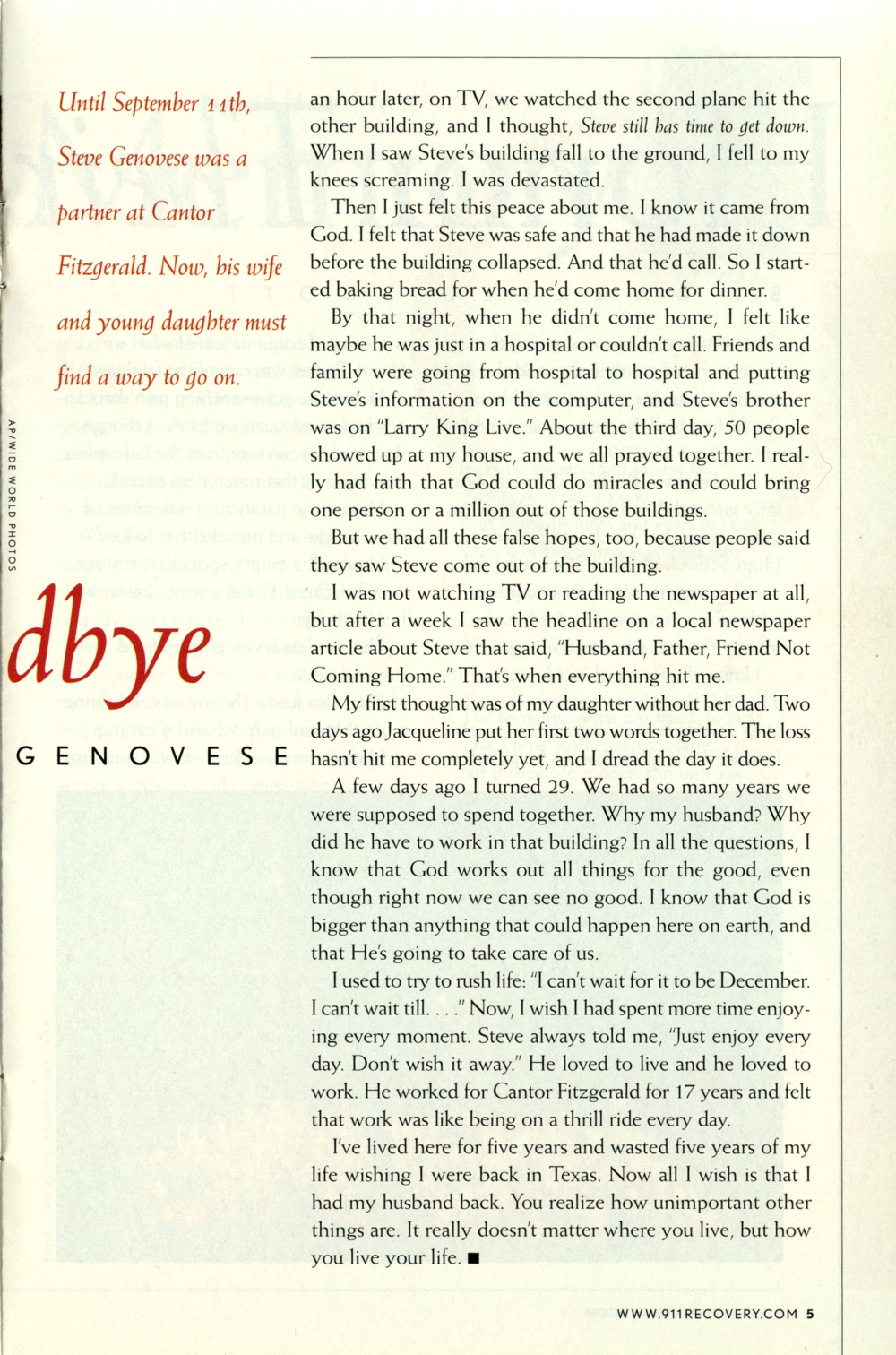 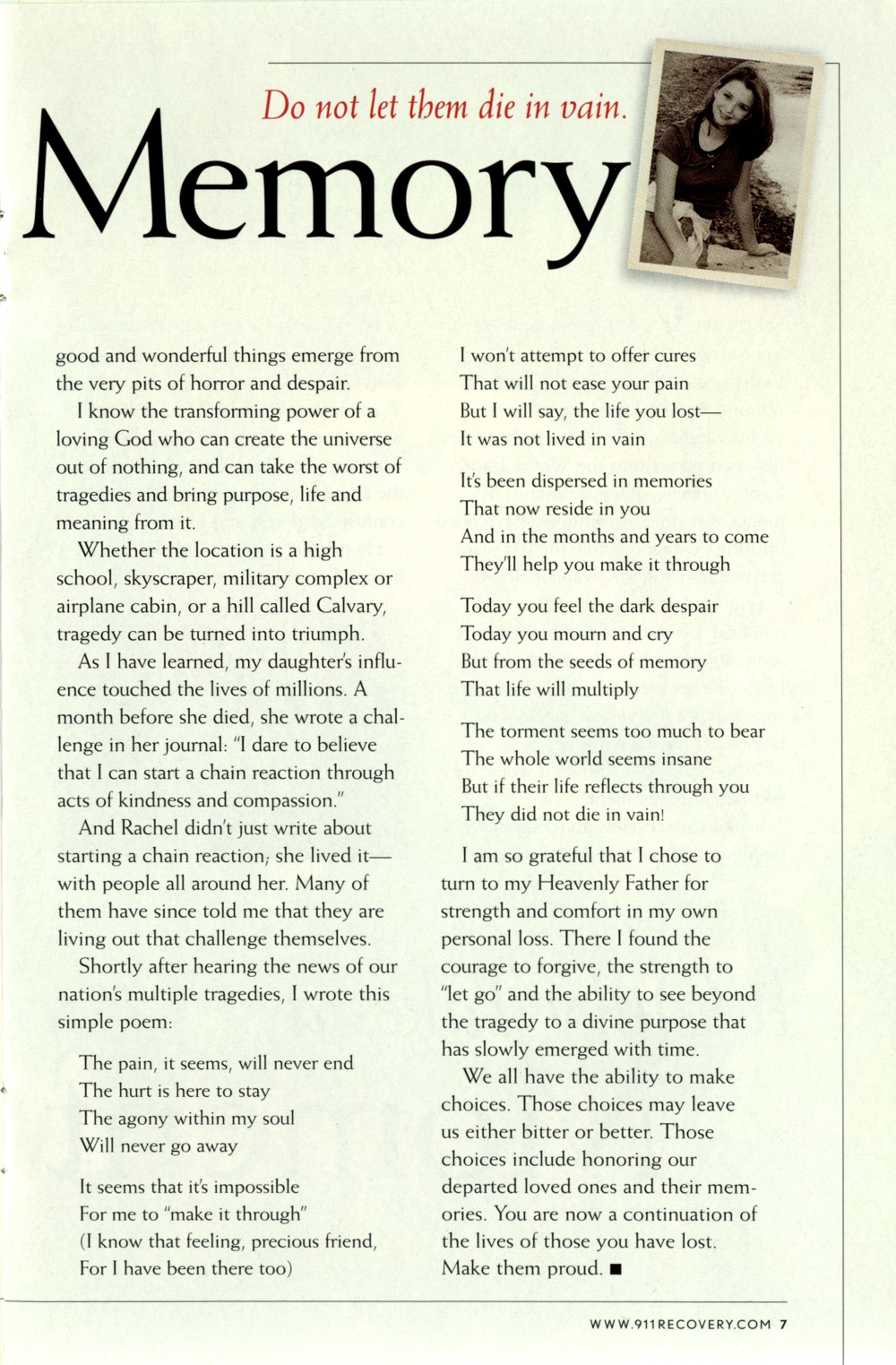 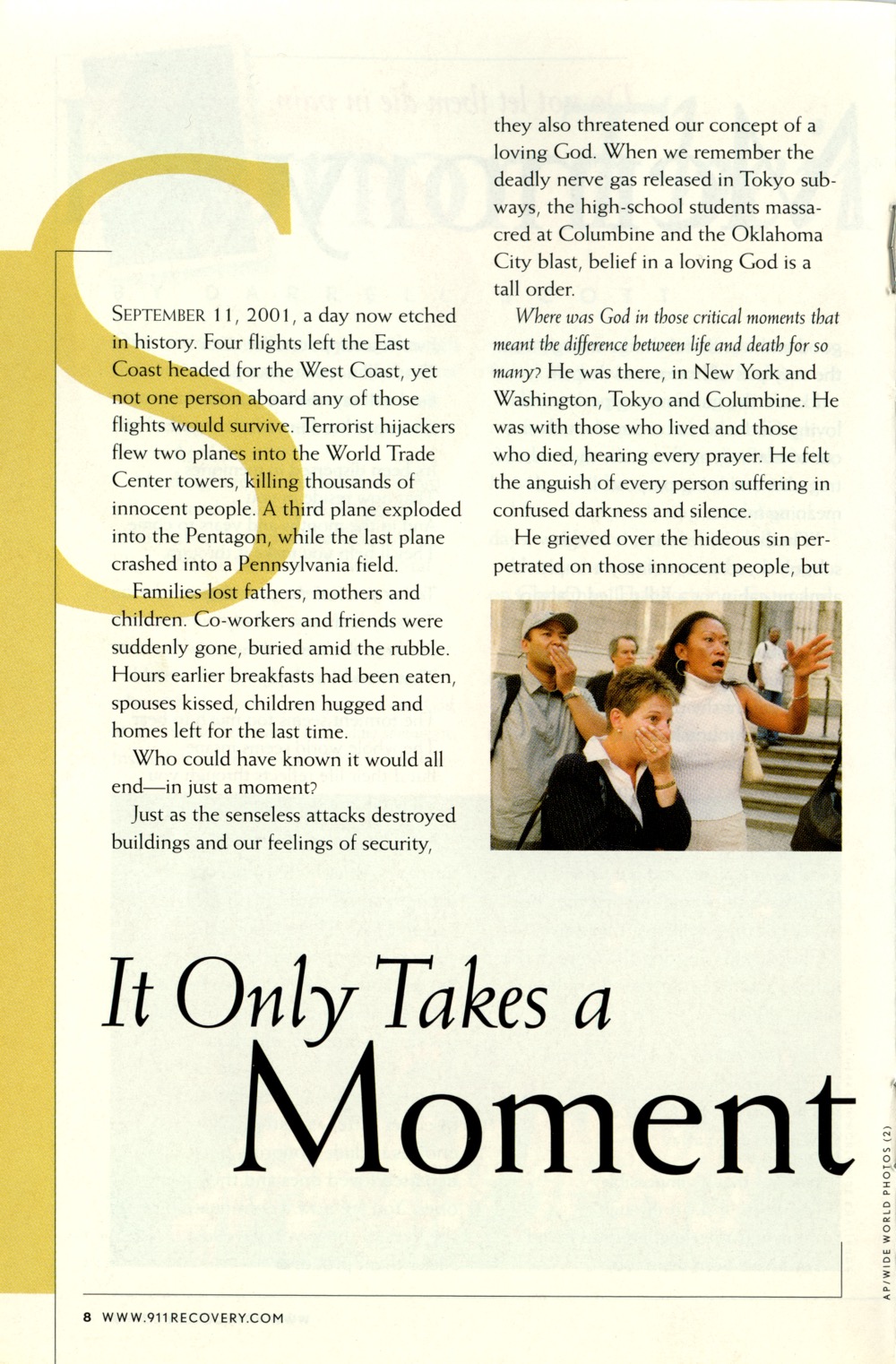 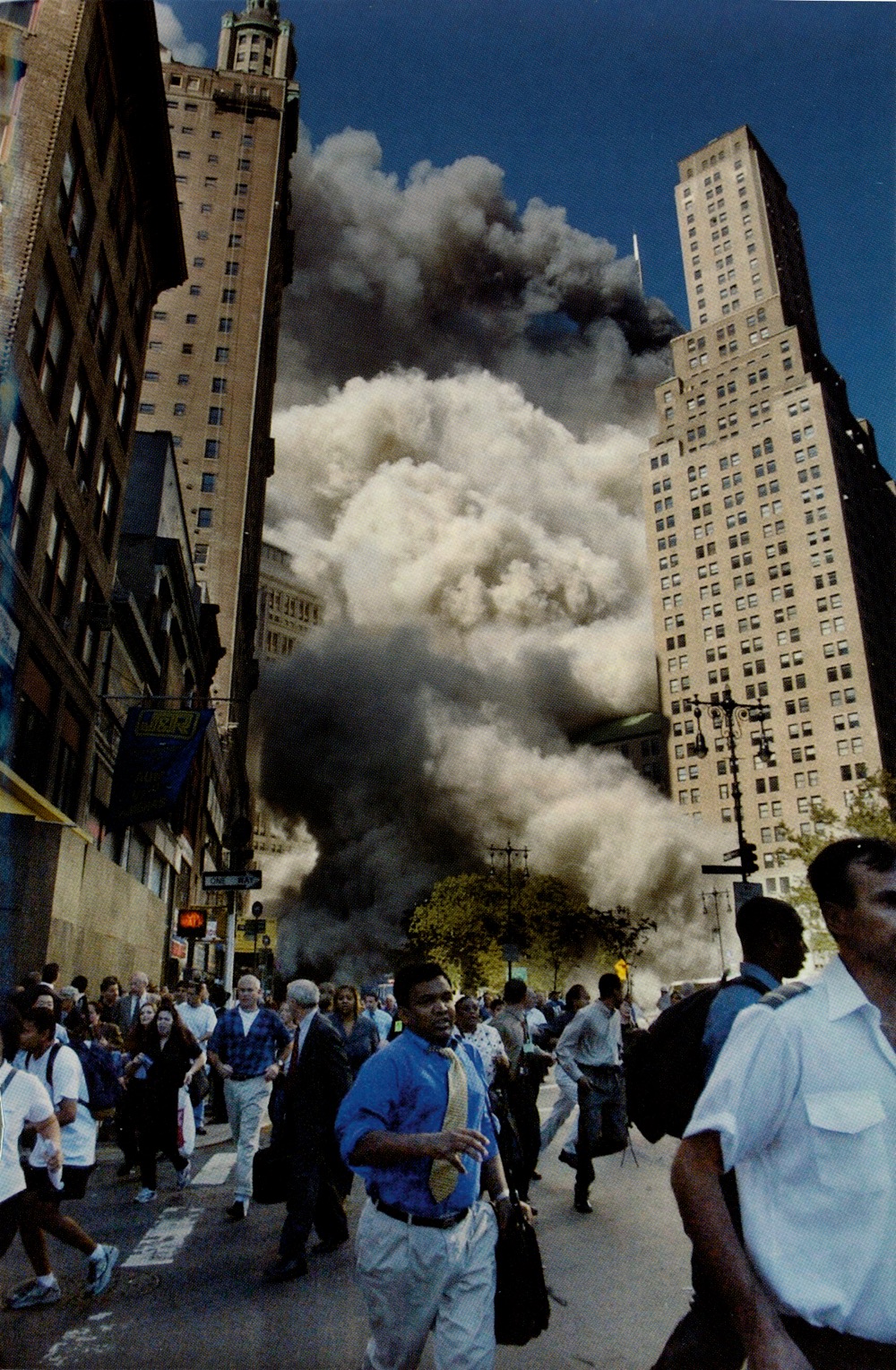 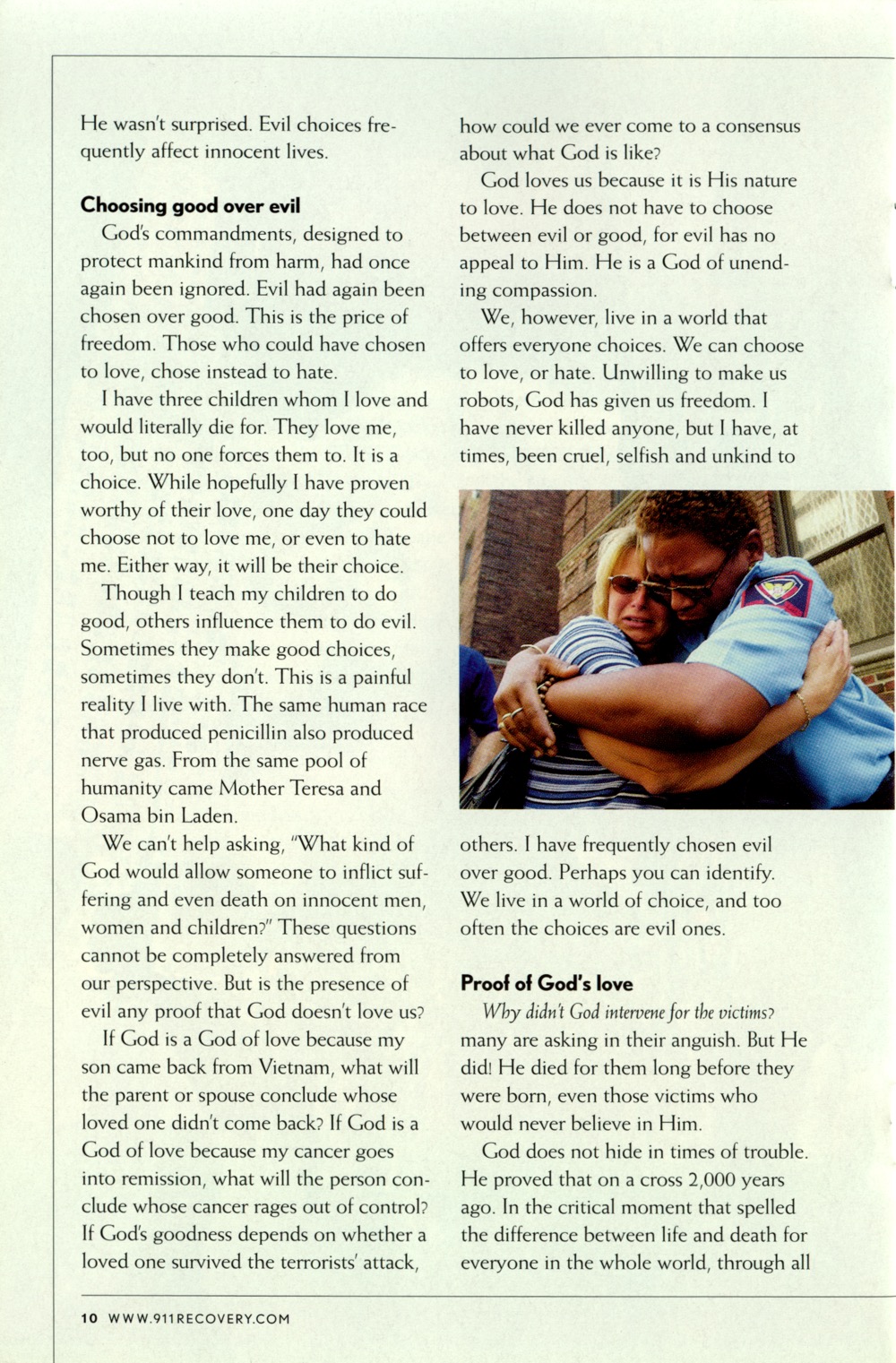 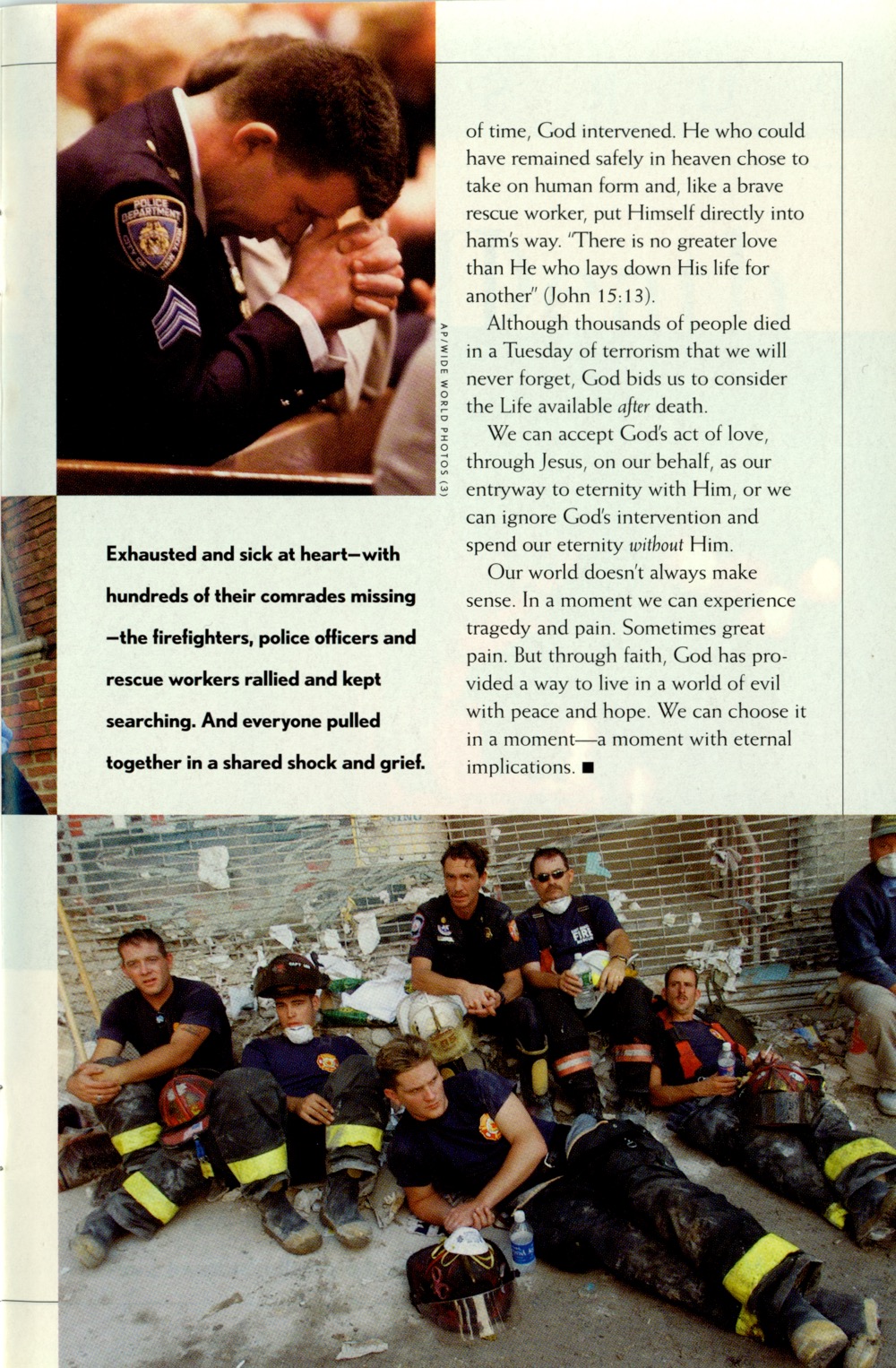 Life in the Face of Death 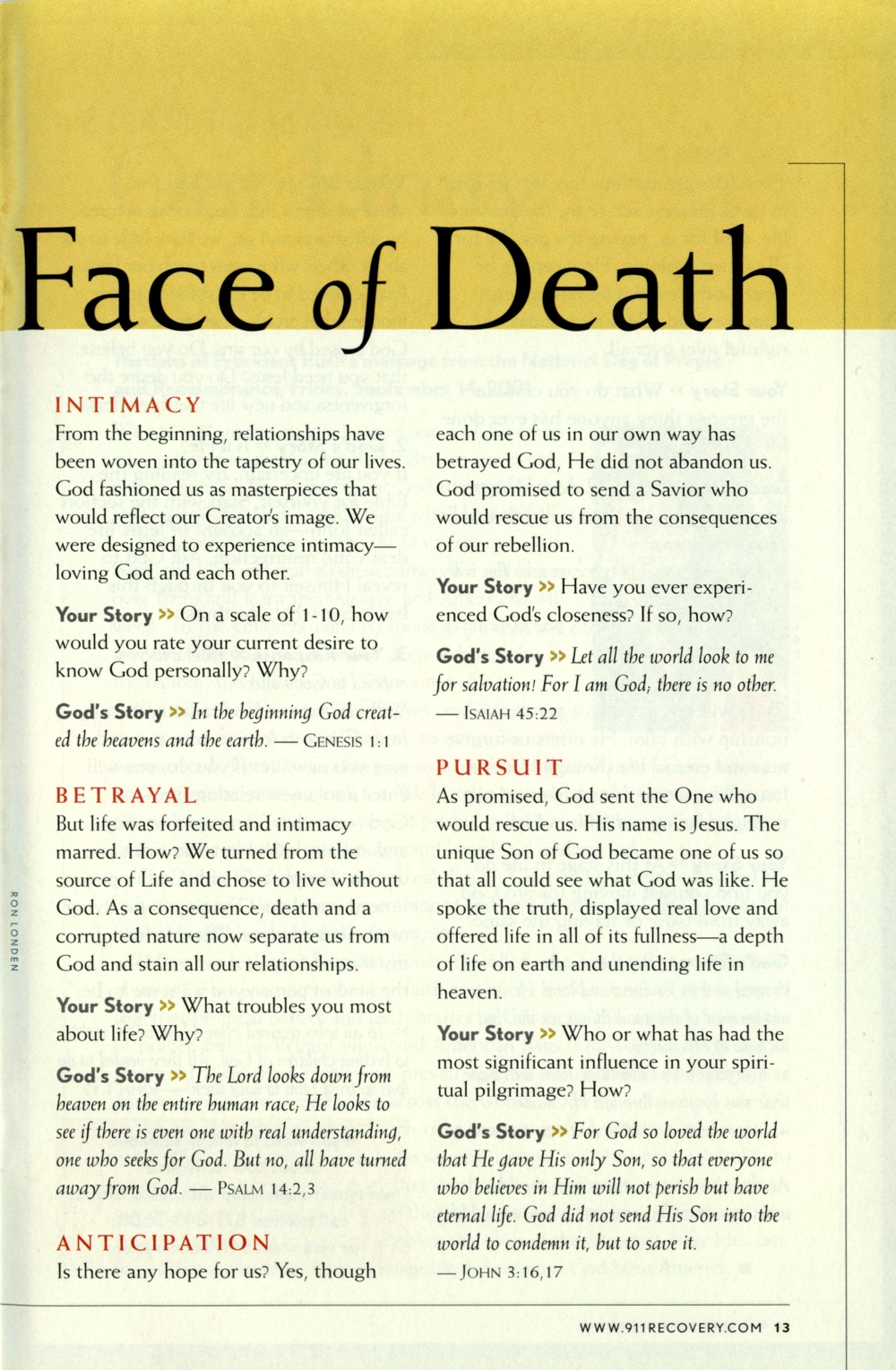 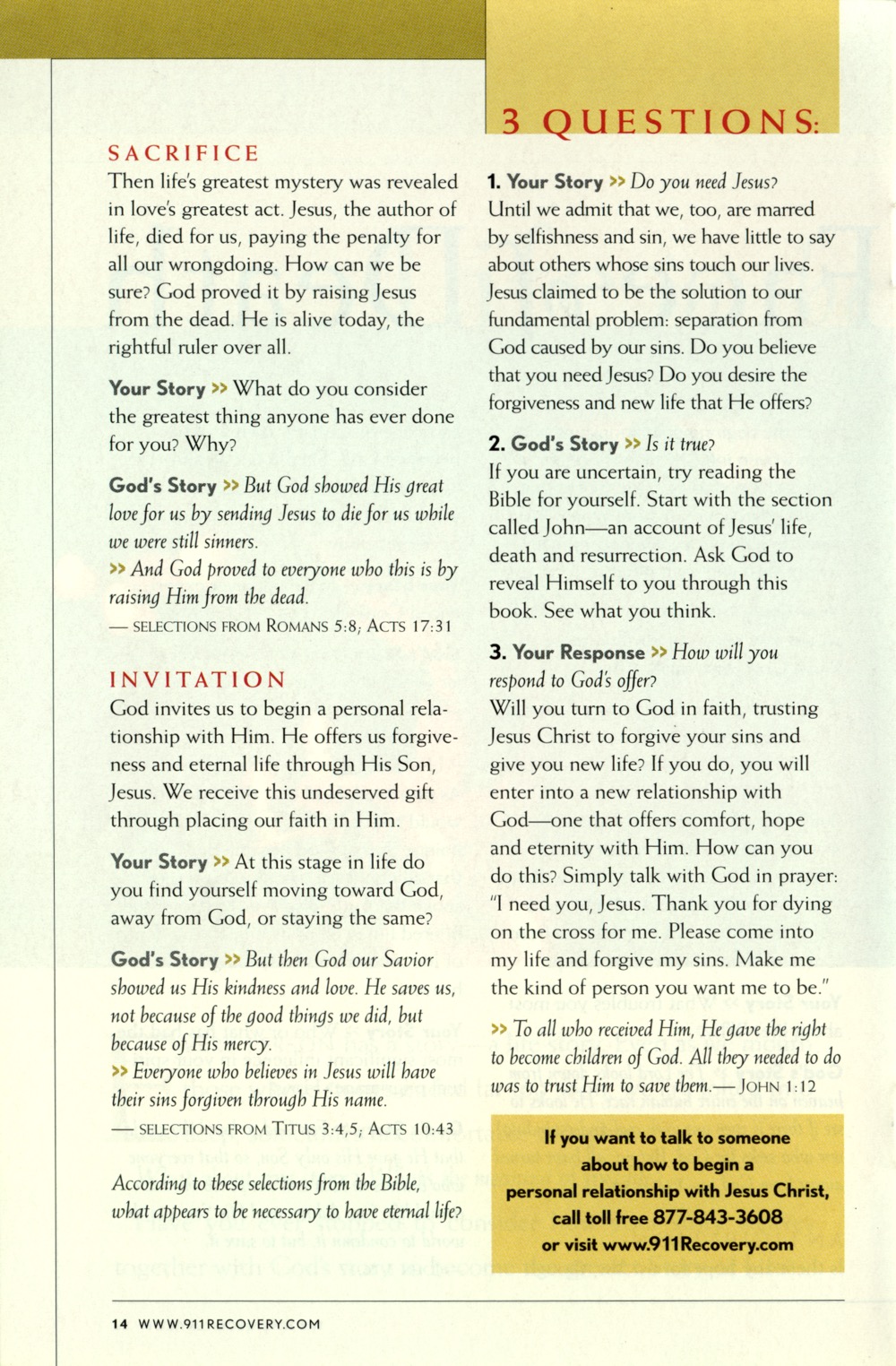 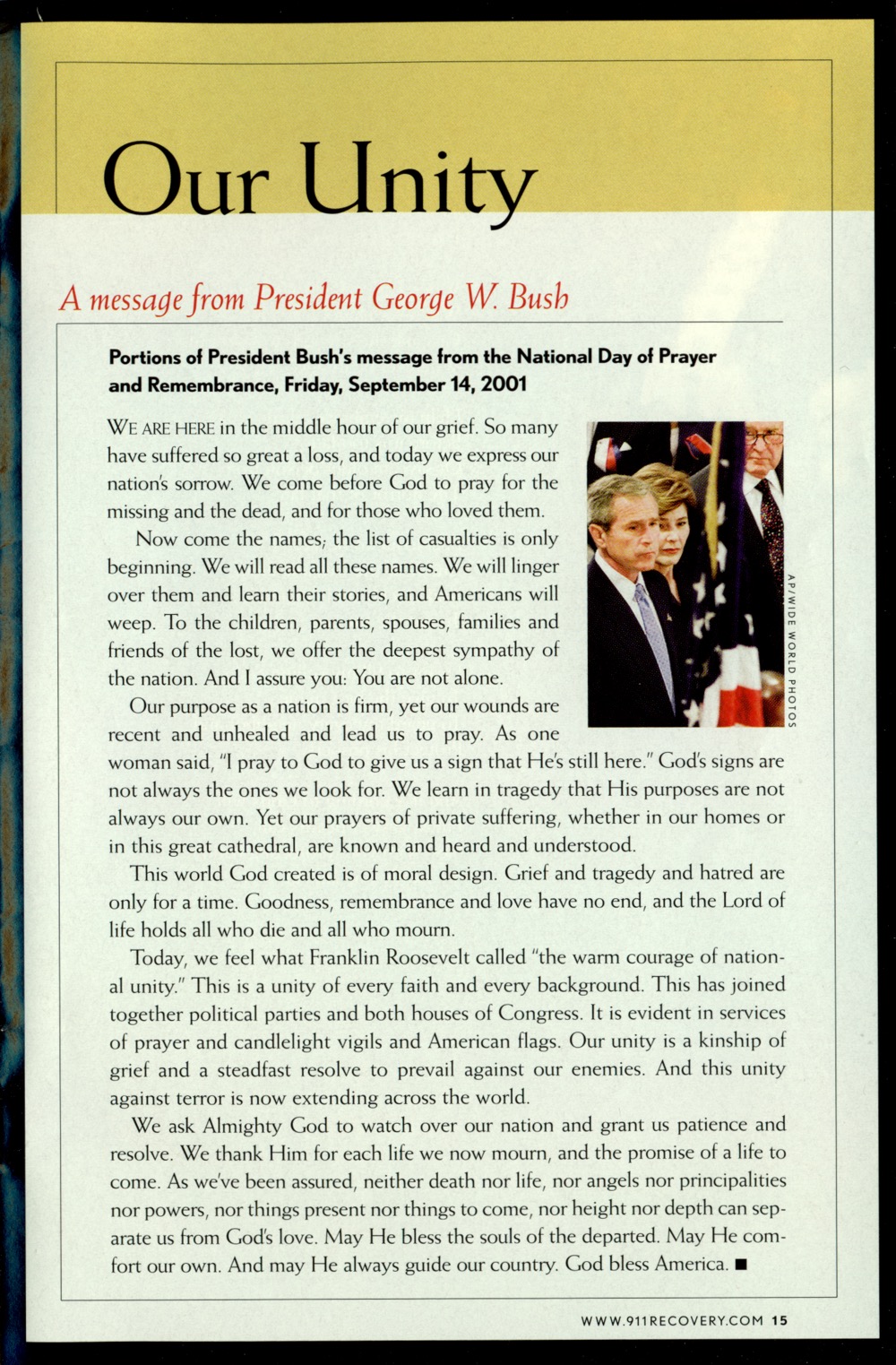 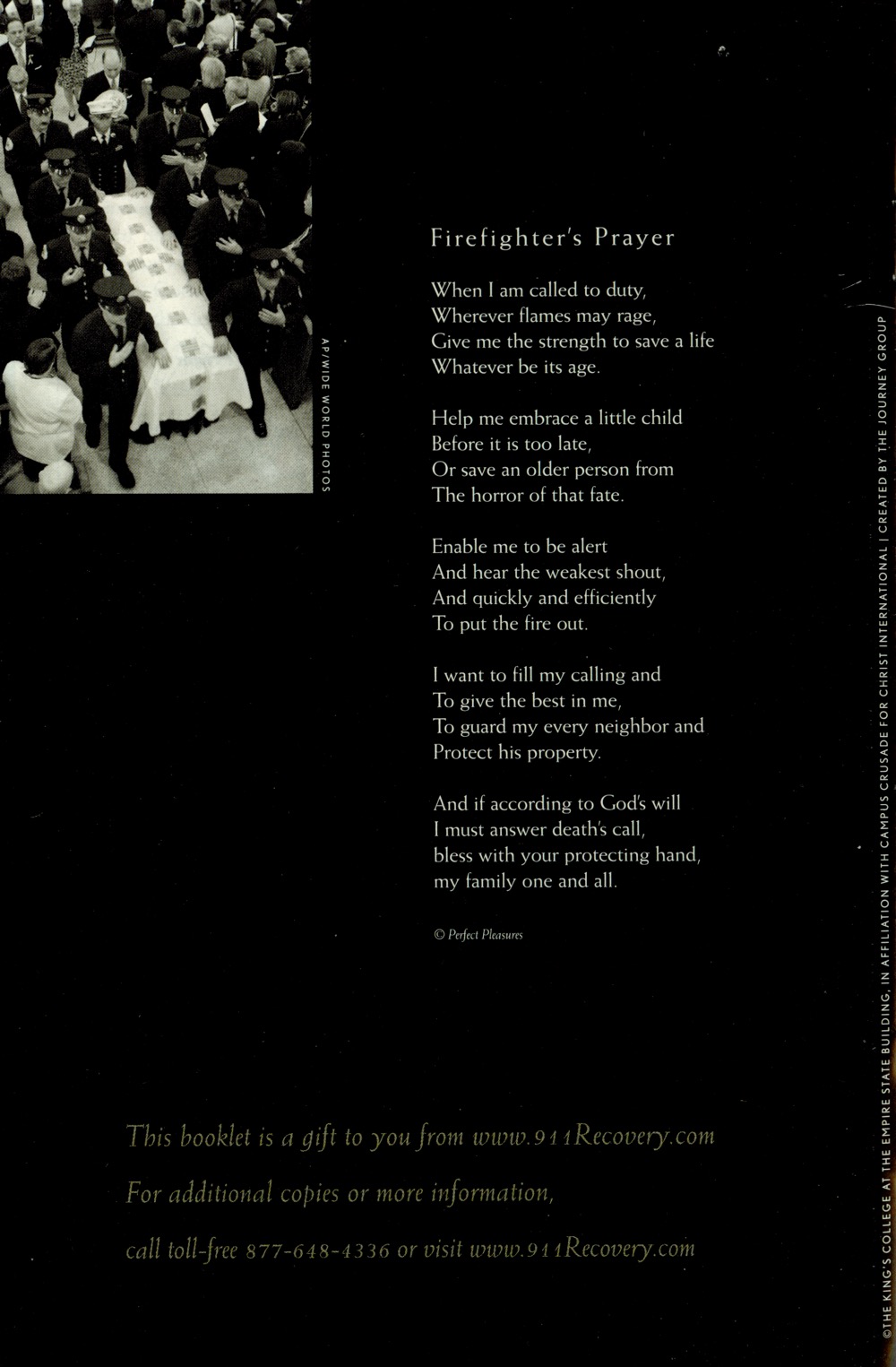 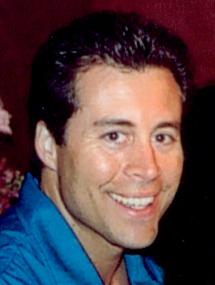 When the World Trade Center was bombed in 1993, Steven Genovese made it out of the building safely and headed straight home.

Mr. Genovese's mother, Vera, remembers seeing her son covered in smoke and soot, but he wouldn't let the crisis ruin his day.

Instead of staying home, Mr. Genovese and a friend spent the rest of the day skiing, which along with bungee jumping, skydiving and motorcross, was one of the many sports he enjoyed.

"That was his way of burning it off," said Vera Genovese of Bridgewater. "Afterwards, he went back to work on the same floor and didn't experience any apprehension."

Those who knew Mr. Genovese best agree that is an accurate description of his attitude toward life -- live it to the fullest while keeping family and friends as close as possible.

That motto has also comforted Mr. Genovese's relatives as they mourn his death. A partner and equity trader with Cantor Fitzgerald, Mr. Genovese was in his office on the 104th floor of the North Tower of the World Trade Center during the Sept. 11 attacks. He was 37.

Mr. Genovese, who lived in Basking Ridge, left a message for his wife saying he was leaving the building .

More than 1,000 people -- from those he'd known in grade school to friends he made while on vacation -- attended his Sept. 27 memorial service.

"He just had a lot of close friends," said Mr. Genovese's brother John Thomas. "He wasn't only my brother, he was my friend."

Born in Brooklyn, Mr. Genovese graduated from the Bridgewater Raritan school district. He earned an associate degree from Somerset County College in 1985 and began working at Cantor Fitzgerald, where he stayed for 16 years.

Mr. Genovese, a bit of a thrill seeker, went bungee jumping in New Zealand and jet skiing in Australia. Mr. Genovese's new pearl-white Harley-Davidson motorcycle was his vehicle of choice for local thrills.

However, the birth of his daughter Jacqueline, now 17 months old, was perhaps Mr. Genovese's greatest thrill, his wife, Shelly, said.

"She was the light of his life. He'd come home from work and would take her out on the lawn and roll in the grass or take her on stroller rides," Shelly Genovese said.

Vera Genovese worried a bit when her son began his family. Would domestic life provide the same thrills as paragliding or skydiving? It did.

"He always used to say: 'I want my baby to walk barefoot on the grass. I want her to touch and feel life,' " Vera Genovese said. "It's a comfort to me that he got to do everything he wanted to do -- even experience having a family of his own."

Mr. Genovese is also survived by his father, John, of Monticello, N.Y.

Profile by Jeffery C. Mays published in THE STAR-LEDGER

The first time the World Trade Center was attacked, in 1993, Steven Gregory Genovese showed up hours later at a Hoboken bar, much to his family's relief. So they held out hope last fall that he would surface once again.

His older brother, John Thomas, who lives in Manhattan, awaited his arrival with pizza. Steven's wife, Shelly, had dinner and strawberry bread for him at their home in Basking Ridge, N.J., every night that week.

Now when the question of his whereabouts comes up, his 18-month-old daughter, Jacqueline, chimes in. "He's up," she says.

Mr. Genovese was 37. Family and friends still cannot fathom it.

His mother, Veronica, recalls a hard- working boy who once used his 25-cent allowance to buy her a miniature cup and saucer at a neighbor's yard sale. A so-so student, as she put it, who rose to become a partner at Cantor Fitzgerald.

His wife recalls a husband quick to tell everyone that "they" were pregnant with Jacqueline, and one who wore pajamas that matched his wife's and daughter's as they opened presents on Christmas morning, a tradition in her family. "He thought we were the biggest dorks dressing alike," Ms. Genovese said, "but he totally went along with it."

This Christmas, no one was in the mood.