Hello I am a student at

Hello I am a student at Lindero Canyon Middle School in Agoura Hills CA. I am so sorry for your tragic loss. He will always be in my thoughts.

I am from Reunion Island and a visitor, even though I never knew Steve I wanted to say that I am deeply sorry for your loss.

My prayers goes to the family.

A tribute to Stephen 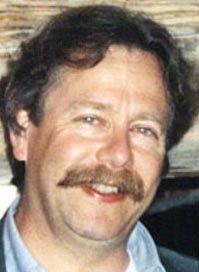 Stephen Adams: ‘An 18th Century Man’ Published: November 20, 2001   It was not always easy for Stephen Adams. He had majored in philosophy at college, but could not figure out what he wanted to do professionally. His tastes were from another time; his greatest interest a form of ritual English dance with hankies, sticks and swords.     "He was an 18th-century man," said his wife, Jessica Murrow, a musician, who met her husband, who was 51, at this kind of ritual dance, known as morris dance. She had journeyed to Marlboro College in Vermont to accompany a group of dancers on a drum, but had left her drumstick at home. "Someone said to ask Steve. He'd have one." He did.     "Steve loved Irish poetry and James Joyce and old English ballads," she said. "He had very old-fashioned values. He believed in being honorable, honest and loyal. He forgot to put himself first. His career faltered. Making money and work frustrated him."     It was only recently, Ms. Murrow said, that her husband found himself professionally.     A graduate of the French Culinary Institute, he had been named beverage manager at Windows on the World and was on the road to becoming a sommelier. "It was the first time he had a job where he was appreciated and happy."