Peter Langone, one of the victims of the Sept. 11, 2001 attacks on the World Trade Center. This photo was taken on 9/11/01 with Peter looking directly at the cameraman. It was the last time he is seen. (Credit: Handout, Newsday.com) 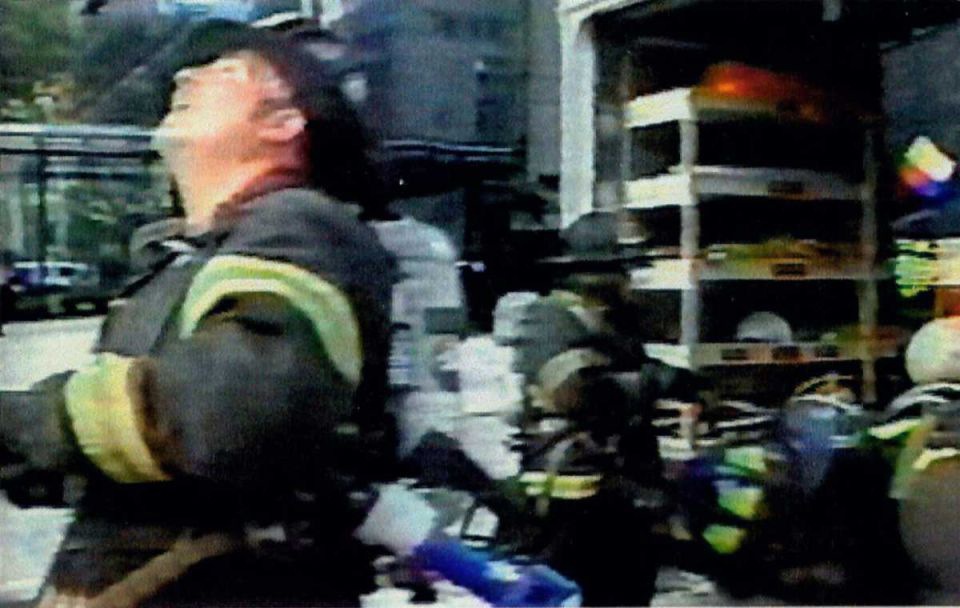 Peter Langone, one of the victims of the Sept. 11, 2001 attacks on the World Trade Center. This photo was taken on 9/11/01 as Peter looked up at the towers. (Credit: Handout, Newsday.com) 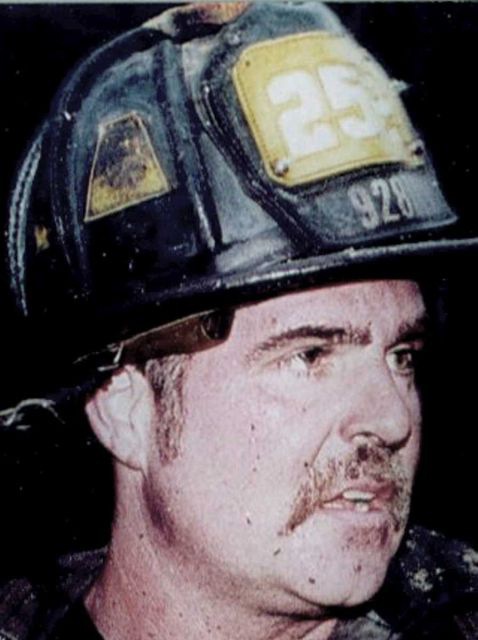 Peter Langone, one of the victims of the Sept. 11, 2001 attacks on the World Trade Center. (Credit: Handout, Newsday.com)

From left, firefighter Peter Langone and his brother, Thomas. Peter was with Engine Company #252 from Bushwick, Brooklyn and Thomas was an Emergency Service Police Officer with ESU Truck #10 in Flushing, Queens. Both brothers were also members of the Roslyn Rescue Fire Department. (Credit: Handout, Newsday.com) 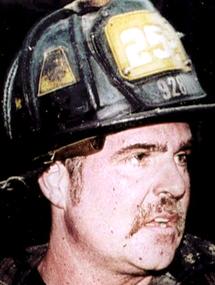 Langone was a volunteer with the same department as was his brother‚ Tommy‚ a police officer with New York City’s Emergency Service Unit‚ who also died in the World Trade Center attack. Langone enjoyed swimming with his two daughters.

ON THE JOB, TOGETHER
Peter Langone

A neighboring volunteer fire company called the one in Roslyn, N.Y., for help on Thanksgiving 2000. A rescue specialist was needed to extricate a young man from a wrecked car. The company, and the driver, were lucky. Two rescue specialists, Peter and Thomas Langone, arrived and cut him loose.

In their time off, Firefighter Peter Langone and Police Officer Thomas Langone were leaders at the Roslyn Rescue Fire Company, training other volunteers in the skills they learned at work.

Peter Langone, 41, a driver with Engine Company 252 in Bushwick, Brooklyn, a specialty unit, was the "elder statesman" at the firehouse, according to Firefighter James O'Connor. He drove the truck and showed rookies the ropes, speaking bluntly at times. "He never beat around the bush," Firefighter O'Connor said. His wife, Terri, and his daughters Nikki, 9, and Karli, 5, were often seen around the firehouse, and they took weekend trips to the country. They were planning a family trip to Disney World this winter. He also liked to hunt, and in good years that meant venison stew in the firehouse.

Thomas Langone, 39, of Emergency Squad 10 in Brooklyn, went to Oklahoma City in 1995 to help with recovery efforts after the bombing of the Alfred P. Murrah Federal Building. "His entire day went at a million miles an hour," a fellow officer said. "He didn't wait to be called." He also taught firefighting techniques for Nassau County, and was working toward a bachelor's degree from Empire State College's distance learning program so he could teach when he retired from the department.

With his wife, JoAnn; his daughter, Caitlin, 12; and his son, Brian, 10, Thomas Langone took a trip to Rhode Island last summer, touring mansions and enjoying the cliff walk in Newport.

Their jobs brought the brothers together. In 1990, the Roslyn volunteers went to the scene of the Avianca crash in Oyster Bay. In 1993, working for New York City, the brothers went to the World Trade Center bombing. On Sept. 11, they arrived separately not long before the twin towers collapsed.