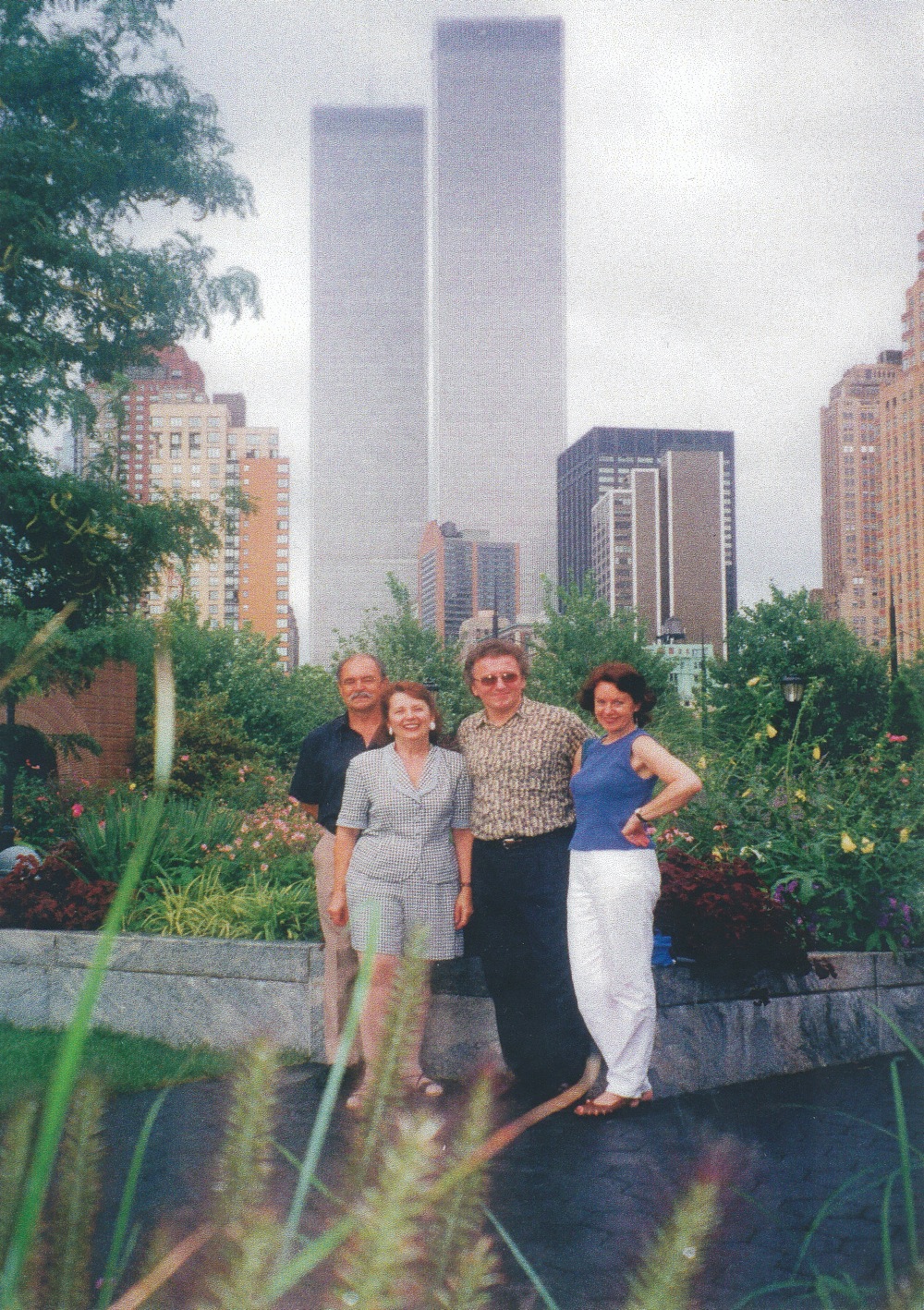 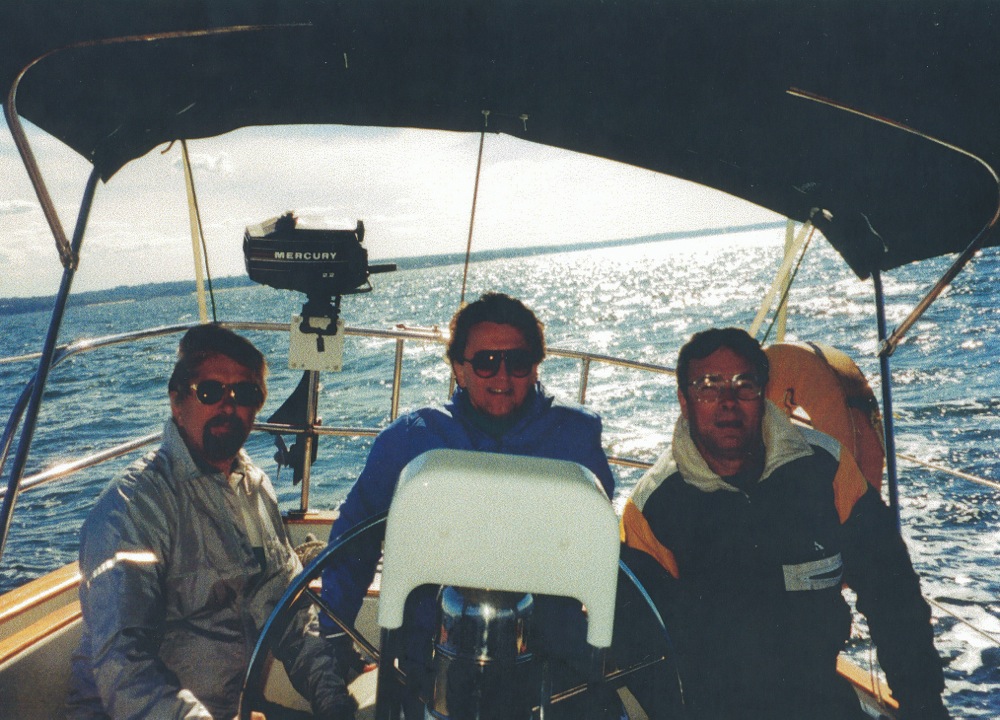 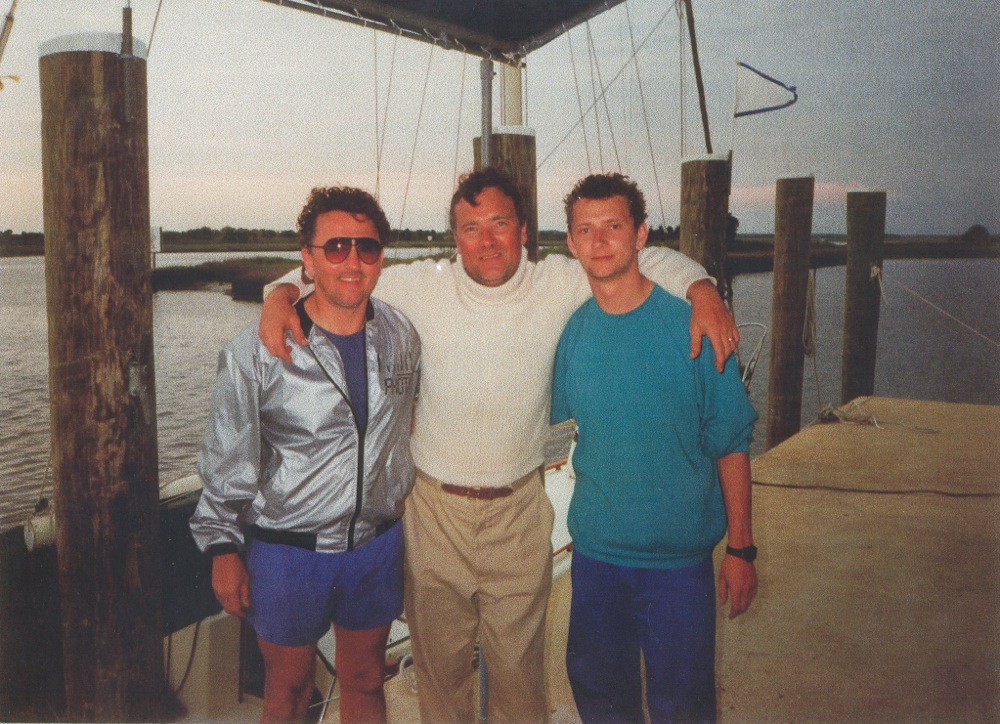 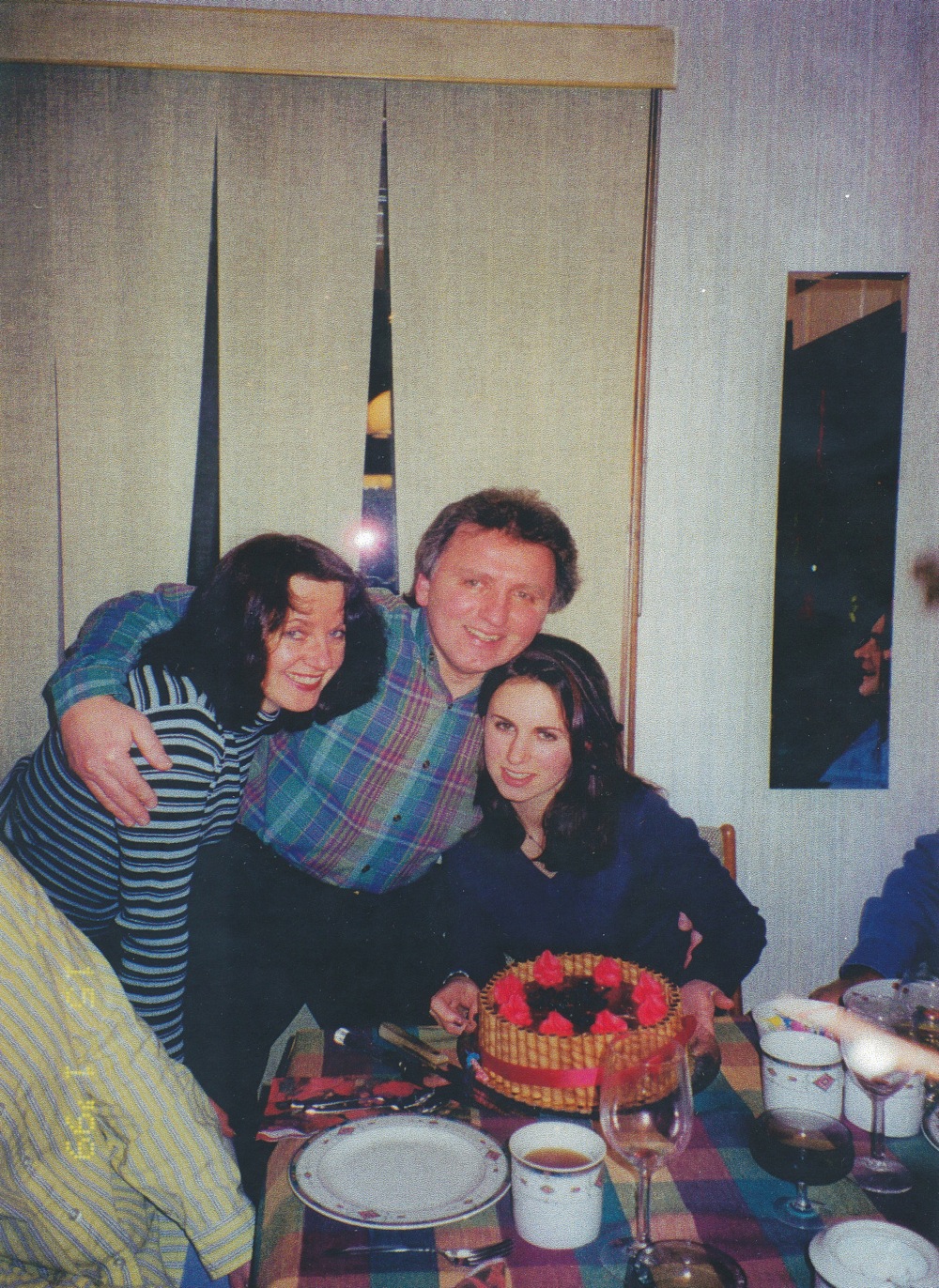 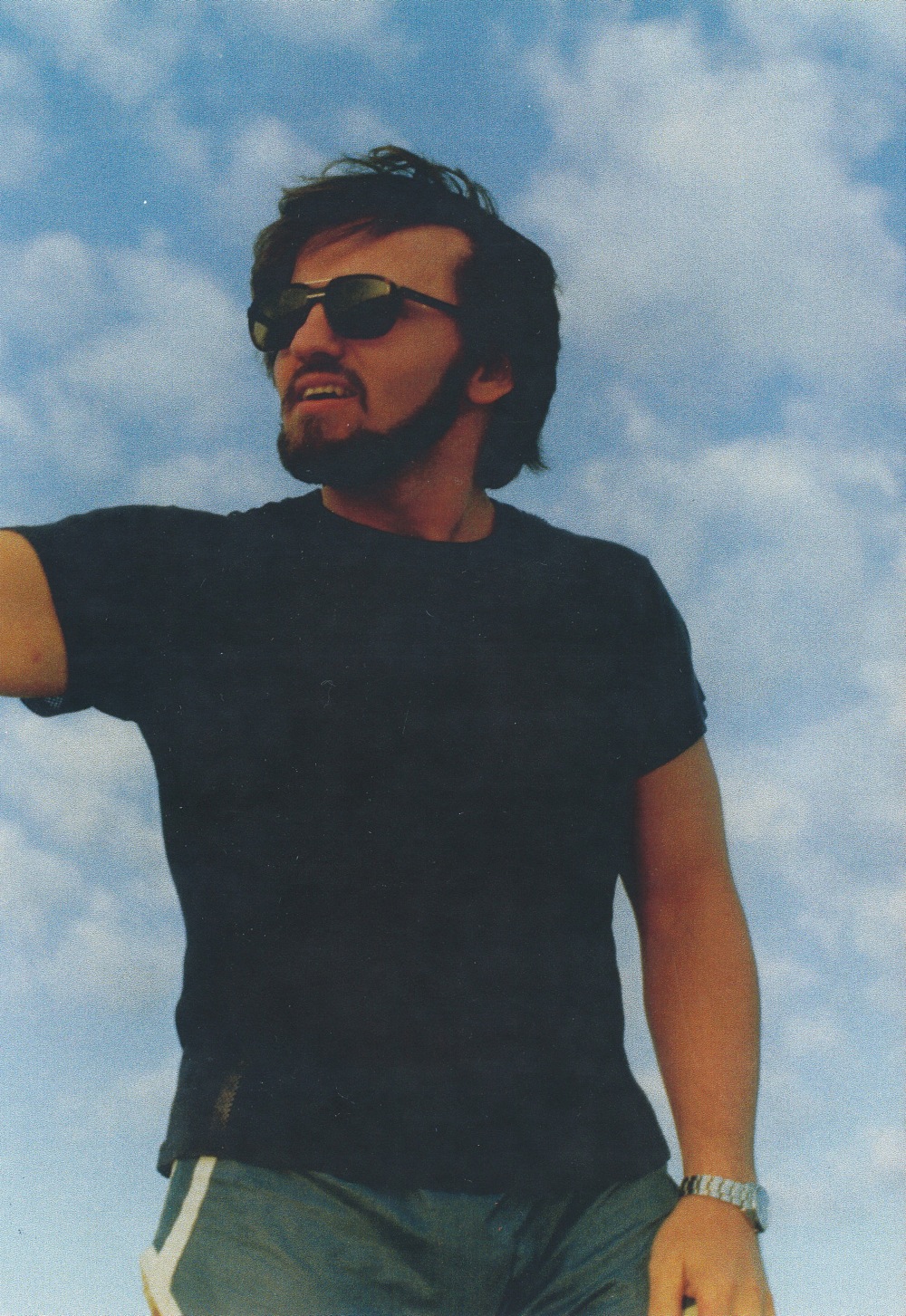 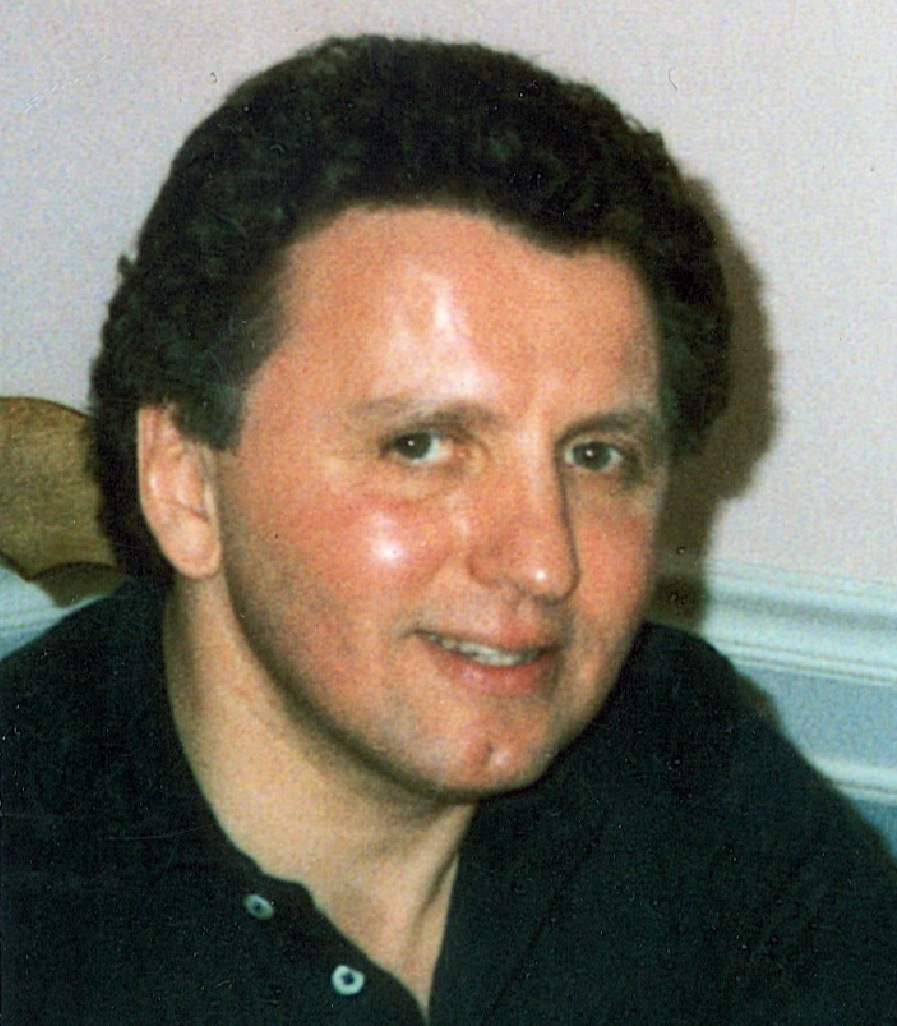 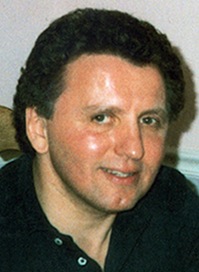 Oleh Wengerchuk was born on 4 October 1944 in Vienna. His mother, Stefania Czorny recalls his premature birth while bombs fell around the hospital and most of the medical personnel had taken refuge in the basement shelter. Besides being born 2 ½ months early and below acceptable birth weight, he had pneumonia and was not expected to survive. However, his mother's strong love for her child and faith in God saw them through. Eventually, Oleh and his older brother Ostap moved to the US with their mother from a displaced person's camp in Hannover, Germany. They faced many difficult obstacles in starting their new life, but managed to persevere and earn their education. Oleh at first majored in Biology in college, but after serving in the US Army during the Vietnam War, he returned to pursue a degree in Fine Arts, which allowed him to express his artistic talents and sensitivity. Oleh became quite an athlete - he enjoyed skiing, had a natural talent for fencing and was a powerful swimmer, having been on diving and swimming teams in school. His love of the water, especially sailing, continued throughout his adult life . Oleh worked as a designer for the Properties & Facilities Division of American Airlines, then at Gibbs and Hill, and finally as a transportation designer for The Washington Group, whose offices were located on the 91 st floor of the South Tower of the World Trade Center. He fell in love with his childhood sweetheart (and his mother's goddaughter) Oksana Sakalosh, and they were married in 1969. Their daughter Andrea was born in 1978. Oleh and Oksana Wengerchuk shared a love and understanding of each other that was unique, for they were real soul mates who truly respected one another, shared interests, views, hobbies and a passion for life that was contagious to anyone who spent time with them. Together, the couple would enjoy long walks, good wine and music as well as the simpler pleasures of just sharing the events of the day with each other. "I feel blessed. I was lucky we had a lot in common," Oksana said. In a New York Times interview, Oksana recalled how on the weekend before 11 September 2001, the couple had friends over for dinner. At the end, as they sat in the twilight, Mr. Wengerchuk, 56, took his wife's hand and kissed it, as he often did after these nights of wine and good conversation. "He told me, 'I just want you to know how much I appreciate everything you do for me. If one of us has to go first, I hope it's me because I can't imagine life without you." Oleh Wengerchuk's name appears near the end of the long list of victims, and each time I scroll down that list, there is still a part of me that expects not to see his name there - it is still so unfathomable to accept. And yet, the reality is that Oleh - beloved son, husband, father, brother,uncle and friend - is no longer with us physically, even though his kind, open, generous and loving spirit lives on within all of our hearts. The Oleh D. Wengerchuk Memorial Foundation is a non-profit, tax-exempt organization. For more information or to send your donation to support the scholarship program, please write to: 915A Emerald Boulevard, South Lake, TX 76092. Also, visit our website at: www.wengerchukfoundation.com Written by Lydia Matiaszek (one of Oleh’s sisters)

Oleh Wengerchuk and his wife, Oksana, met as children, when their families were interred at a German displacement camp when they were toddlers. Their families were Ukrainian. "I don't remember him from that time," Mrs. Wengerchuk said. "My mother used to tell me that we would play together all the time, he and his brother and I. We were like the three musketeers. We were only 2 or 3 years old."

Through the years, and in the turmoil after the war, the two families kept in touch. Hers ended up in South Bend, Ind., while his immigrated to New York a year later. When her father died, her family moved to Trenton, N.J., and they visited the Wengerchuks. Oleh Wengerchuk was in the Army. "We fell in love, which wasn't planned," Mrs. Wengerchuk said. "We had a long history. We were like soul mates."

Fast-forward to the year 2001. He was a transportation designer for the Washington Group International, with an office on the 91st floor of 2 World Trade Center. The couple had a nice home in Centerpoint, N.Y., on Long Island. They loved to entertain.

One of Mr. Wengerchuk's passions was going sailing with his brother. The Wengerchuks had a daughter, Andrea, who is 23, and just out of college. She had come home to live with her parents again; father and daughter were forging an adult friendship.

The weekend before Sept. 11, the couple had friends over for dinner. At the end, as they sat in the twilight, Mr. Wengerchuk, 56, took his wife's hand and kissed it, as he often did after these nights of wine and good conversation. "He told me, 'I just want you to know how much I appreciate everything you do for me. If one of us has to go first, I hope it's me because I can't imagine life without you.' "