Today is September 11 2008 and I was looking at the names of all those who were murdered in the World Trade Center September 11 2001. Your name stood out . . . I have a 30 year old son Kevin Patrick and a 32 year old daughter Megan. I immediately felt a connection to you . . . you look as Irish as your (our) name and equally as kind. I'll always think of you now as will the countless people you've known and whose lives you touched & enriched. 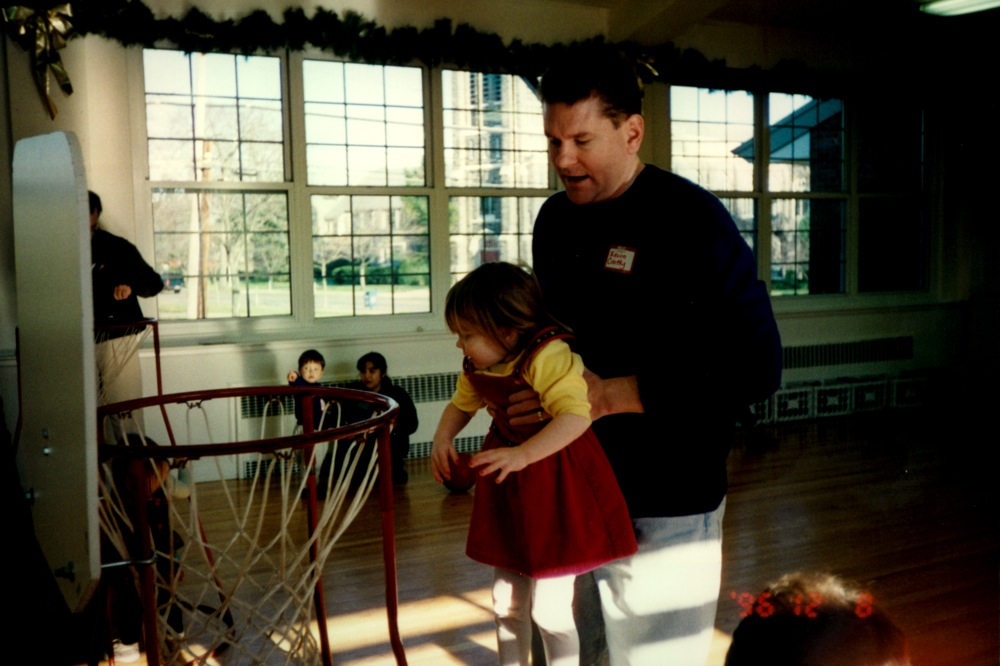 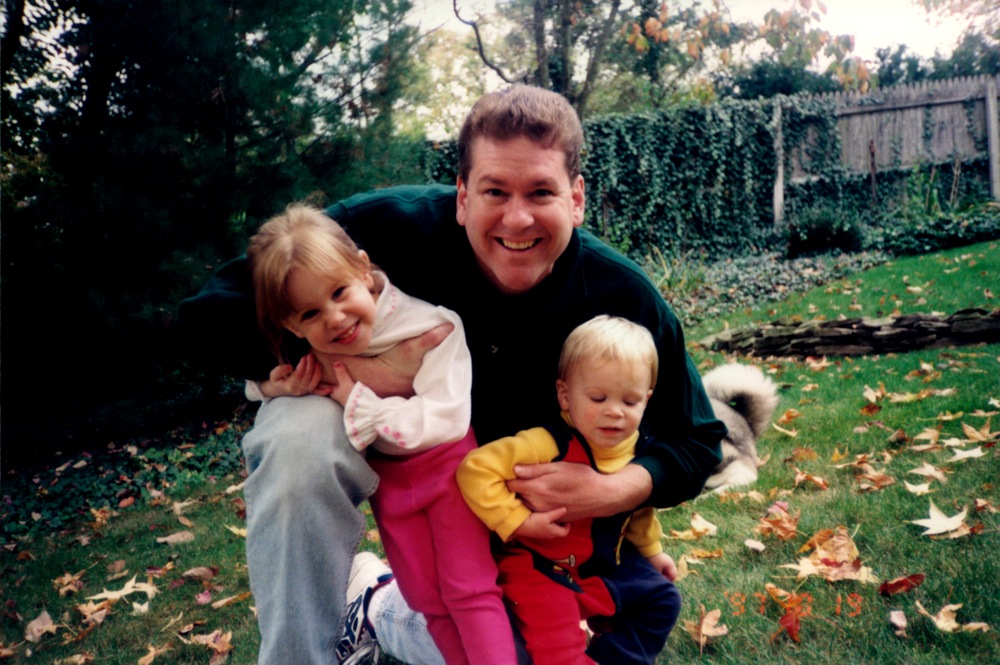 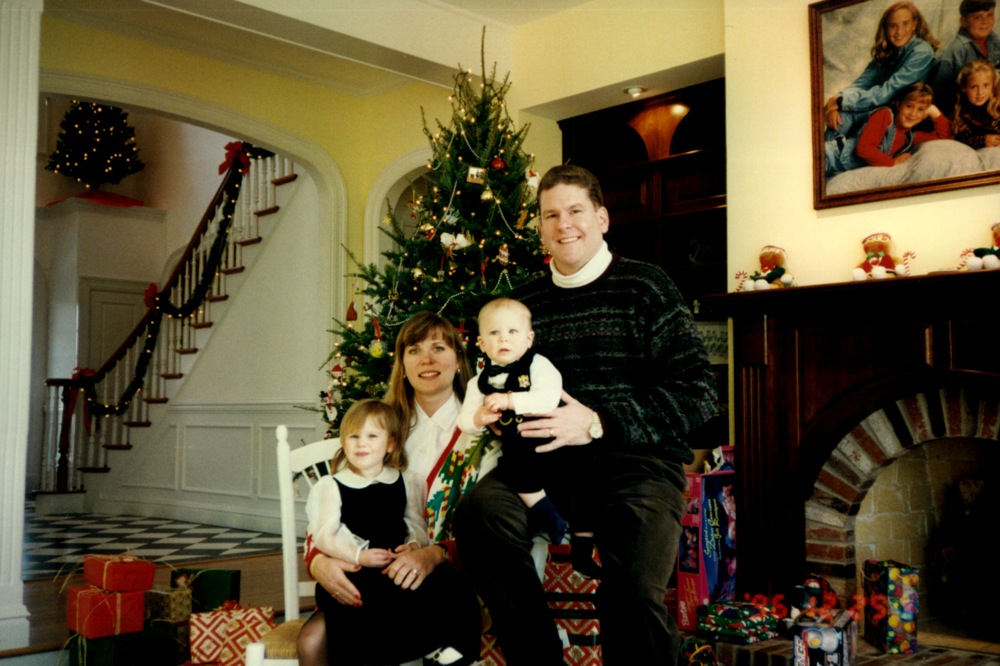 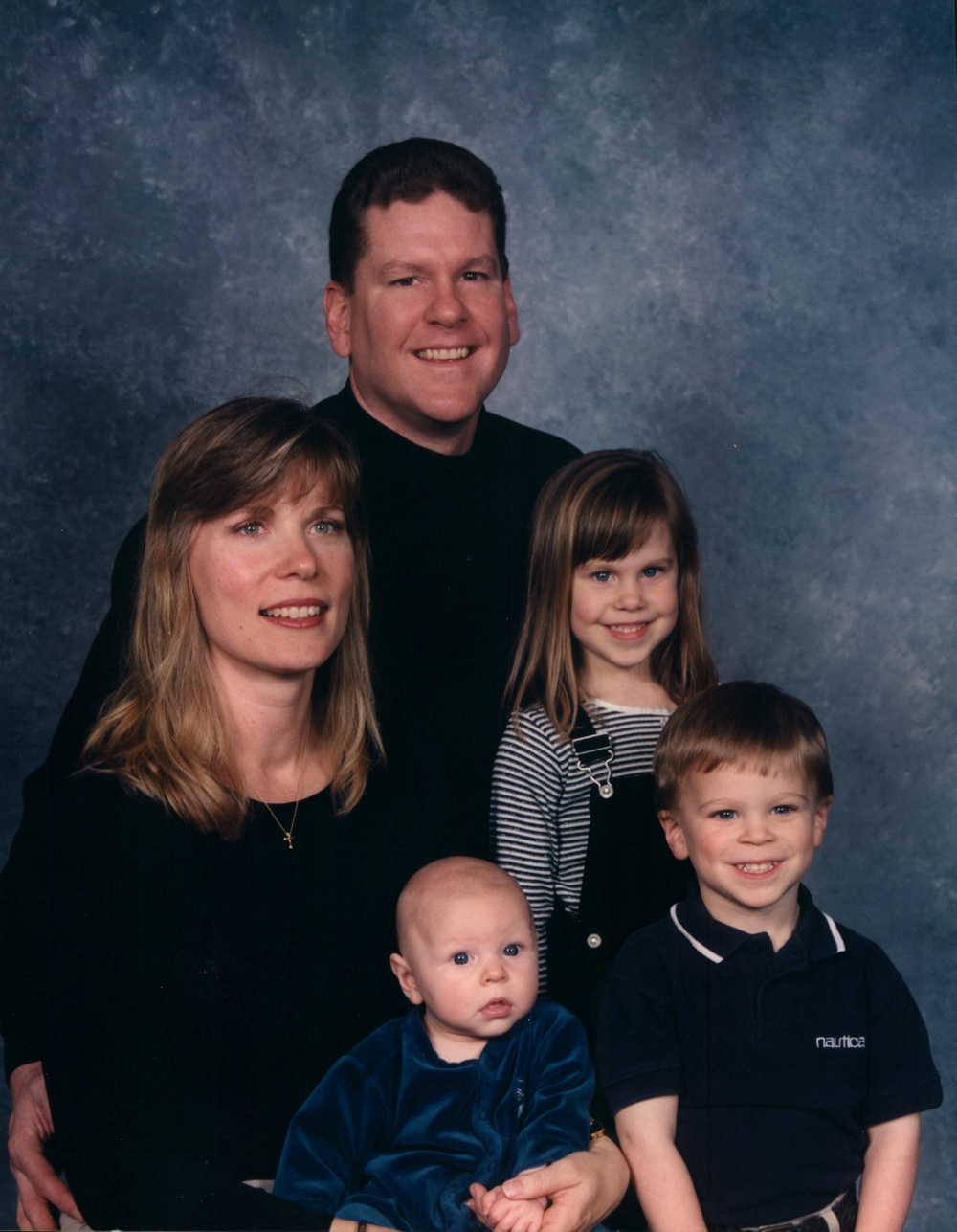 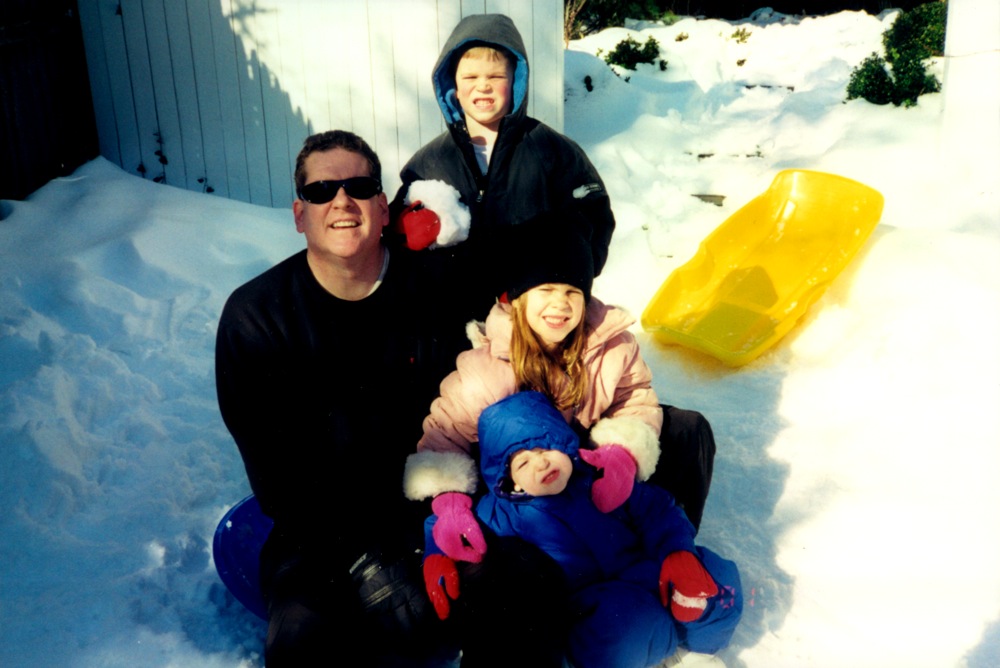 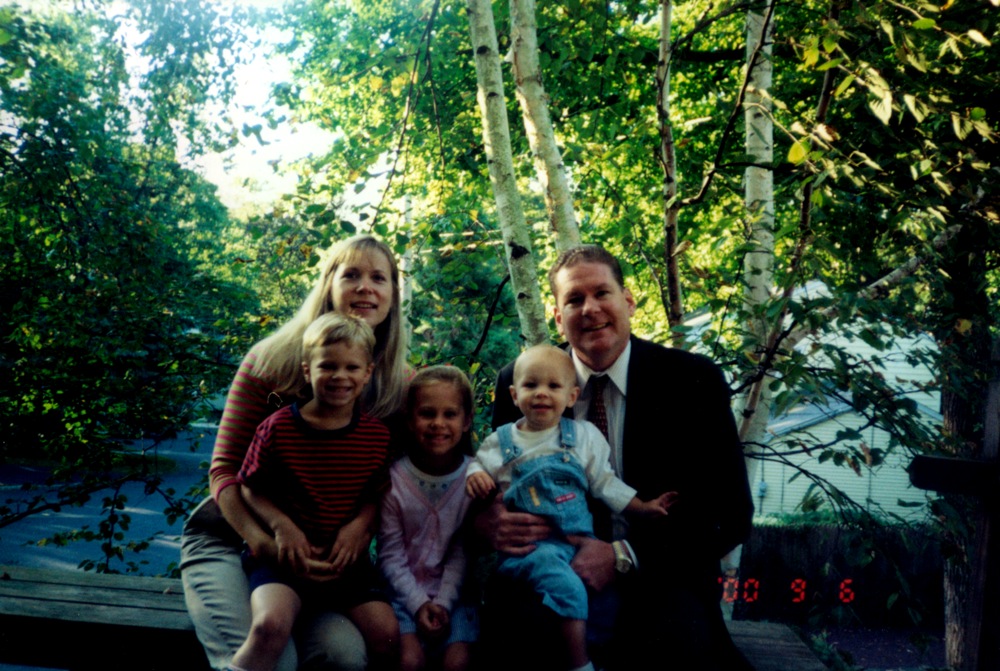 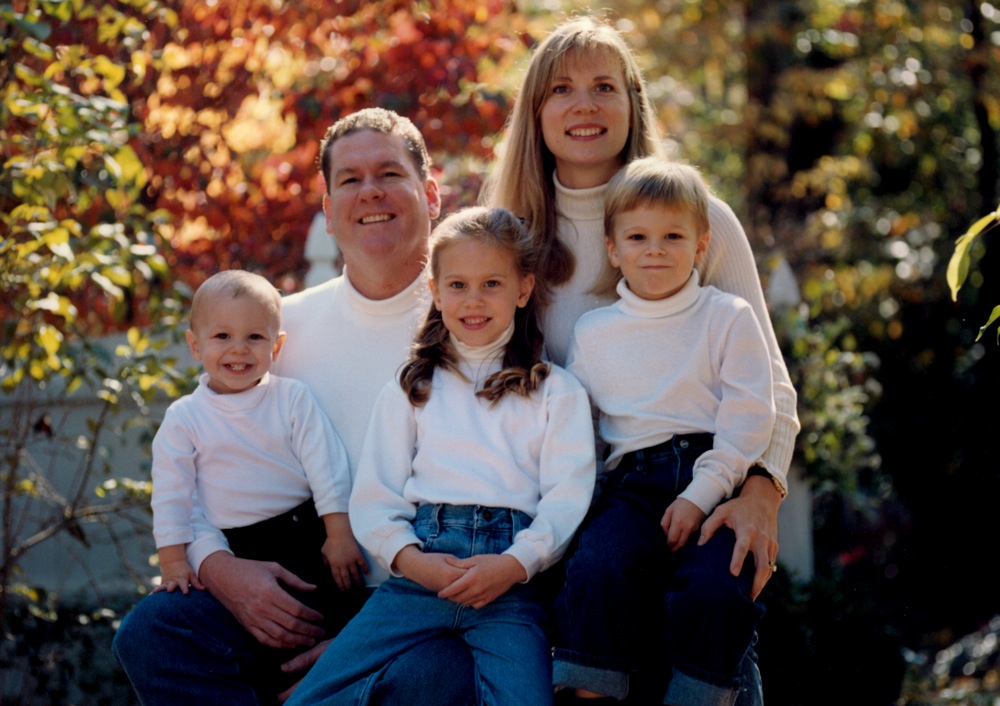 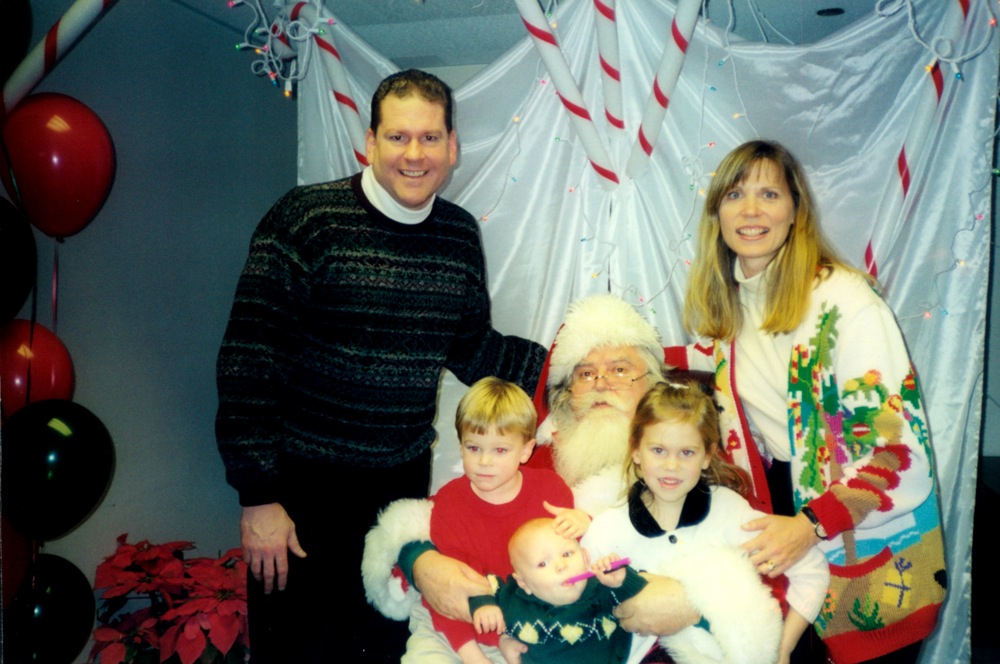 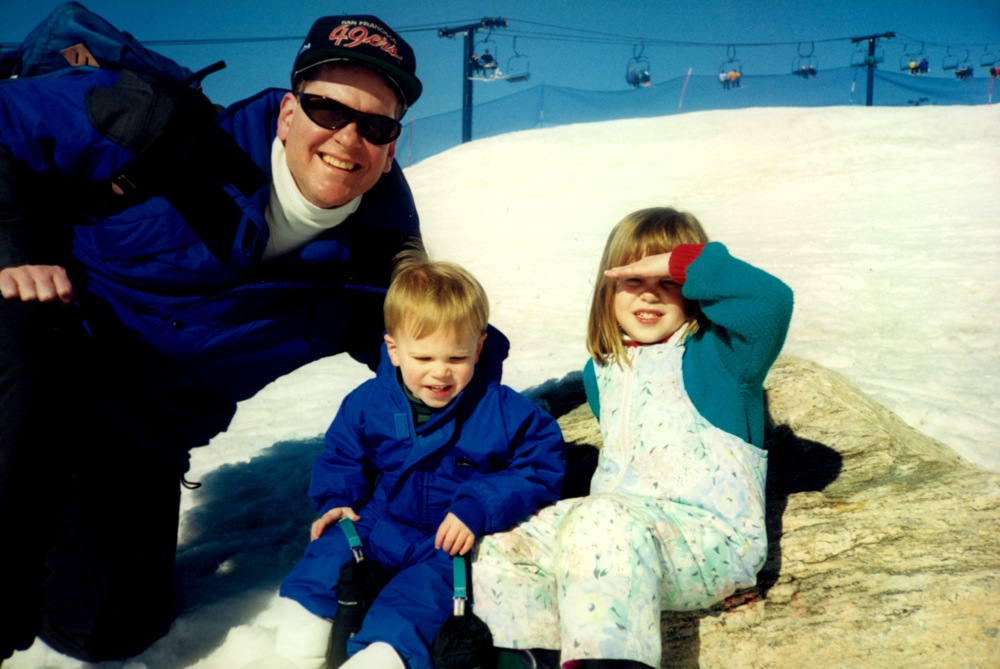 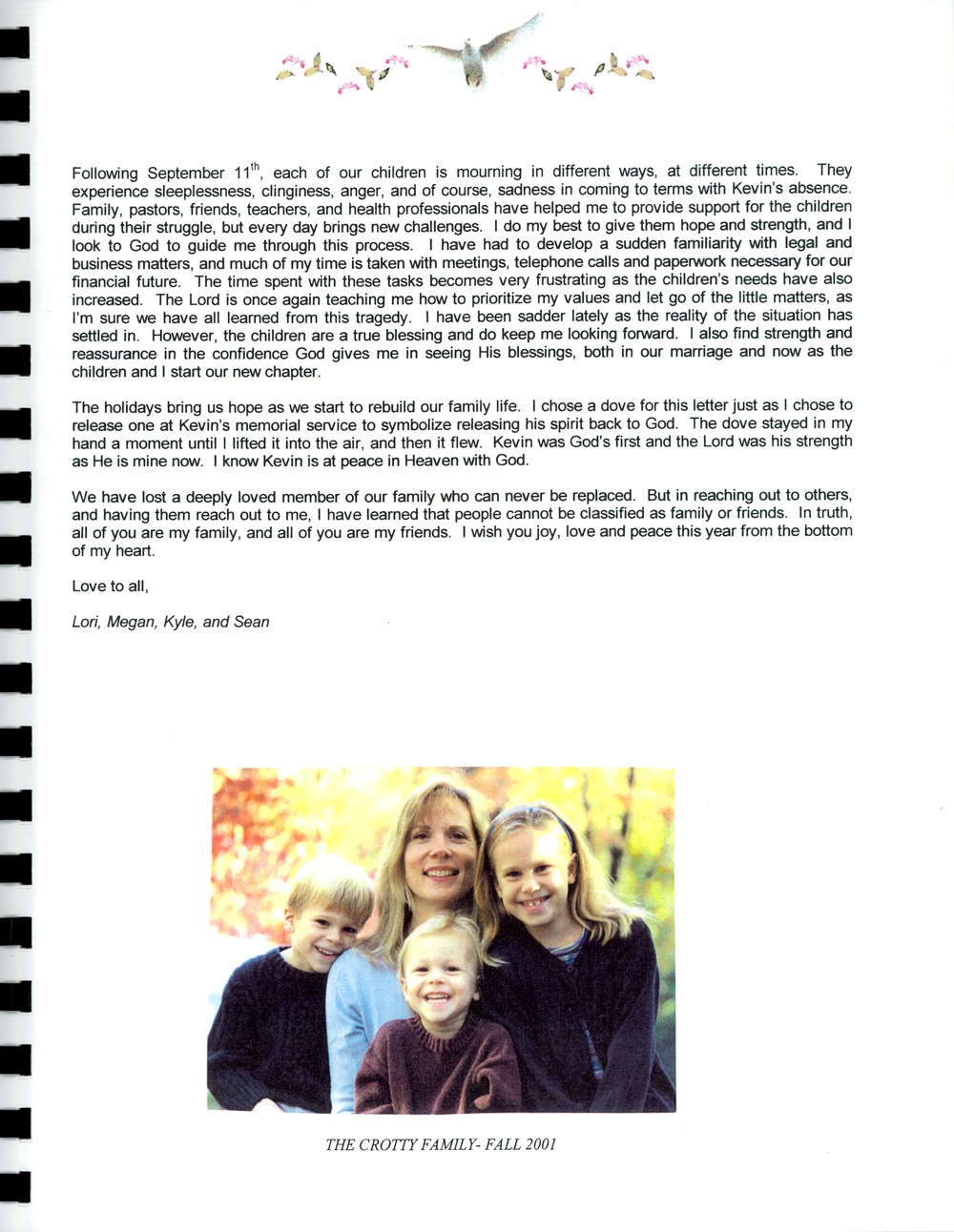 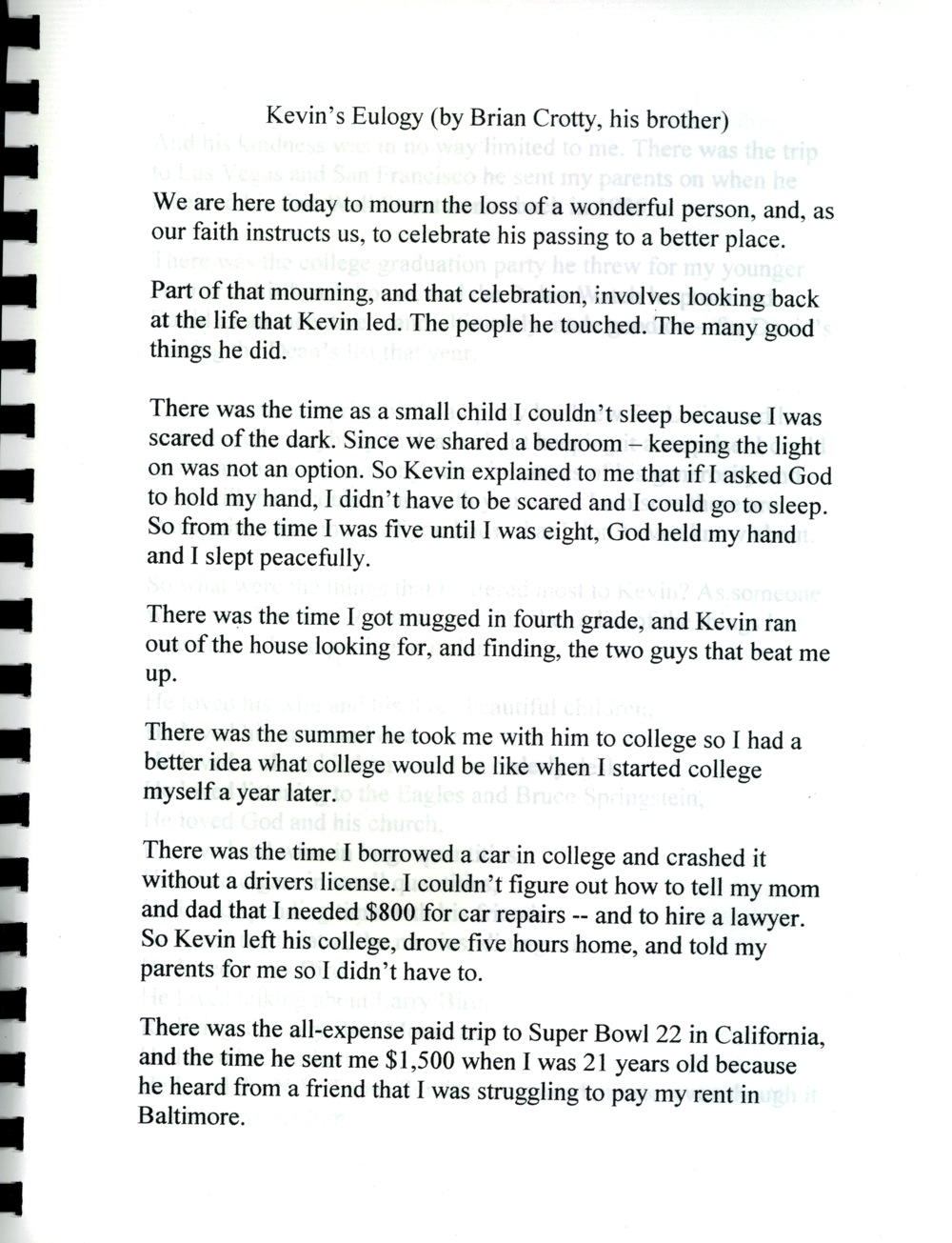 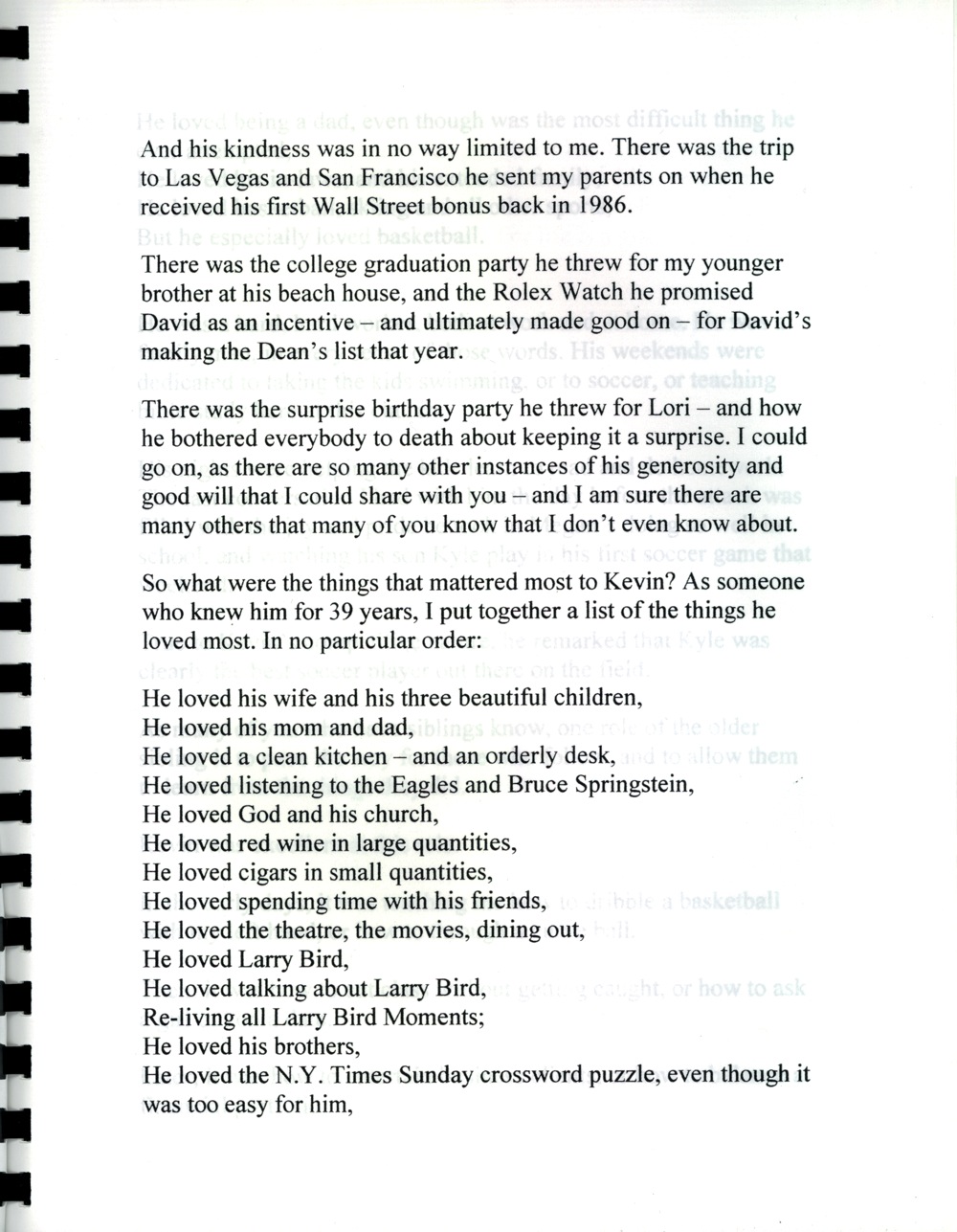 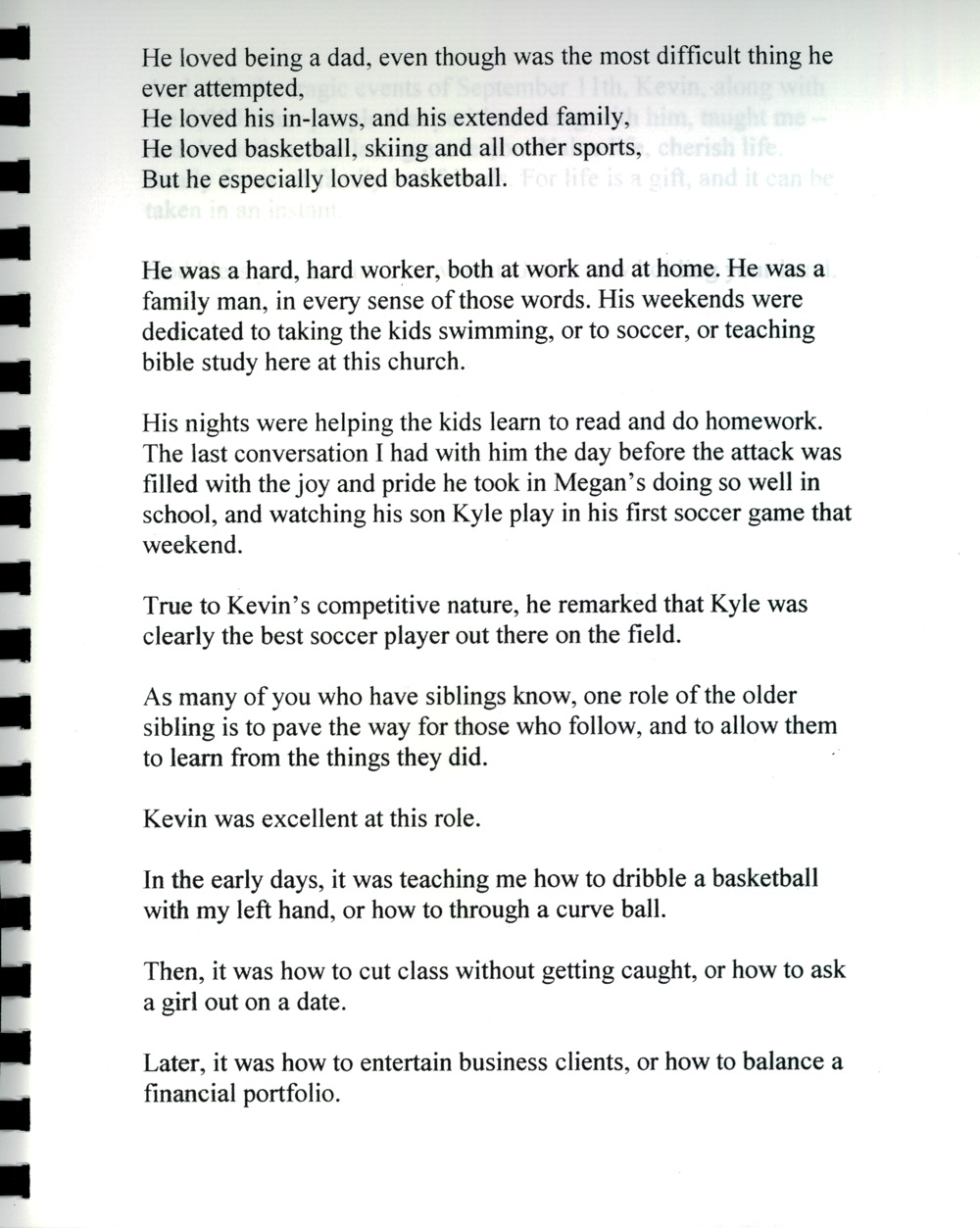 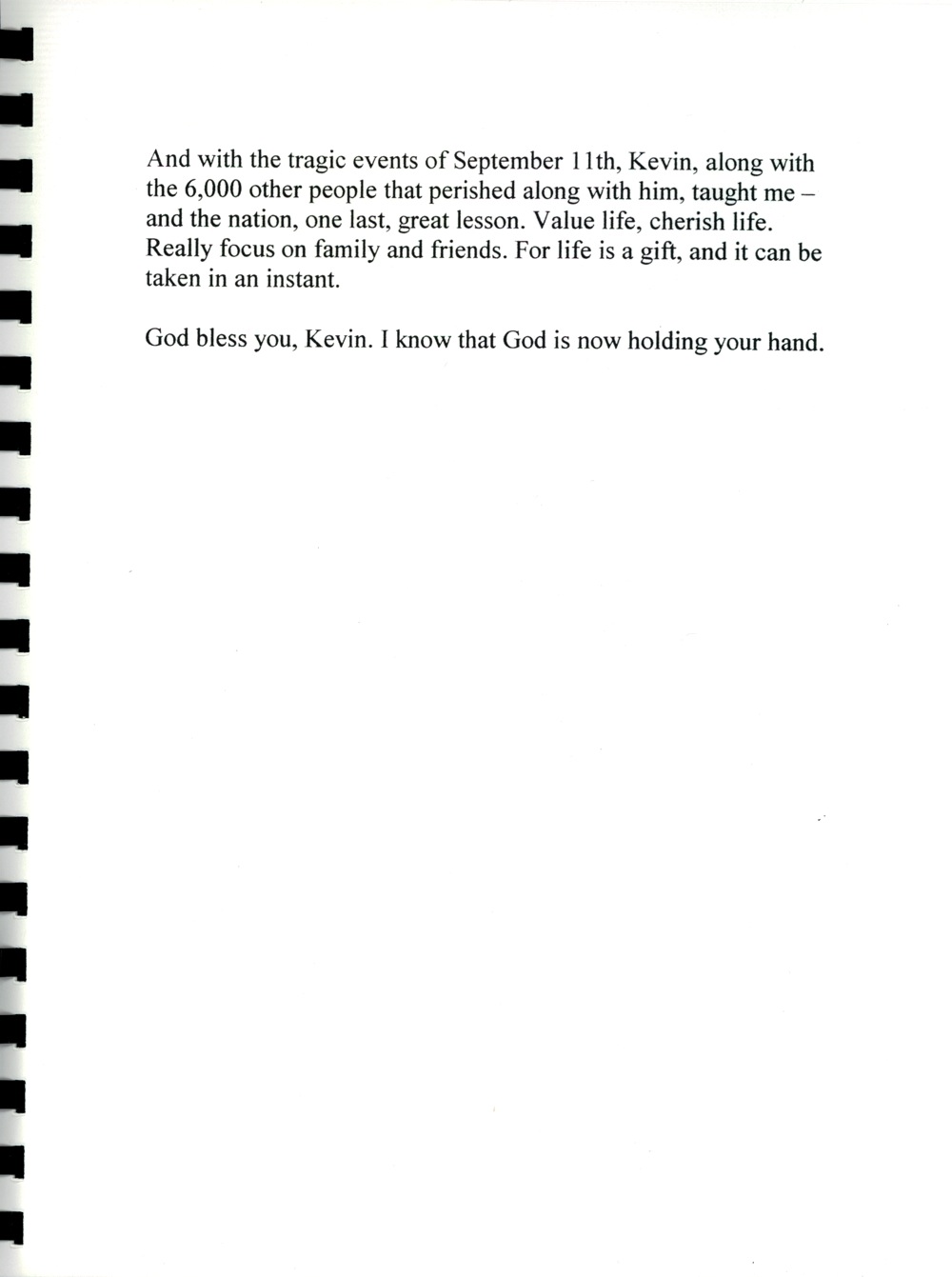 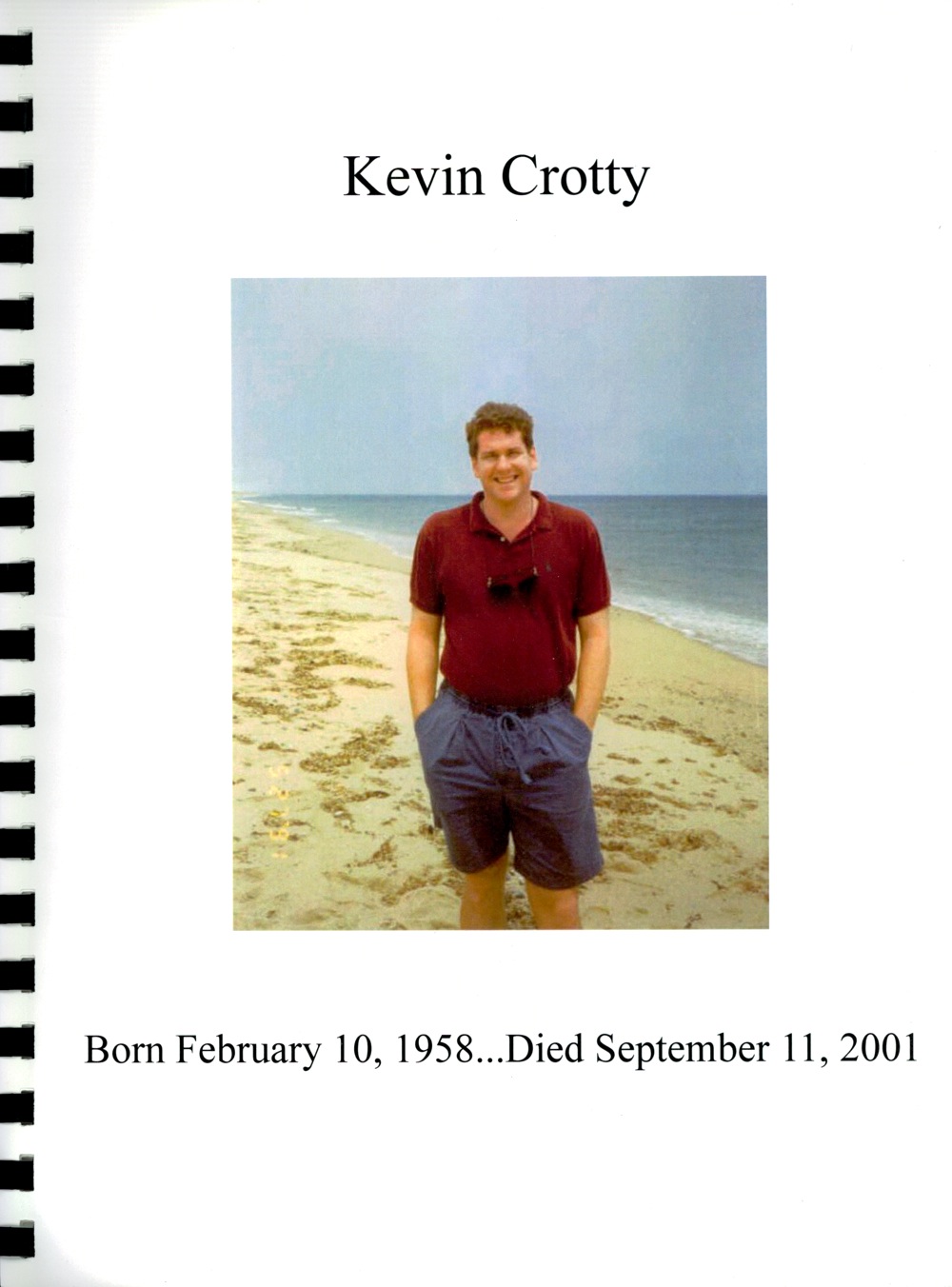 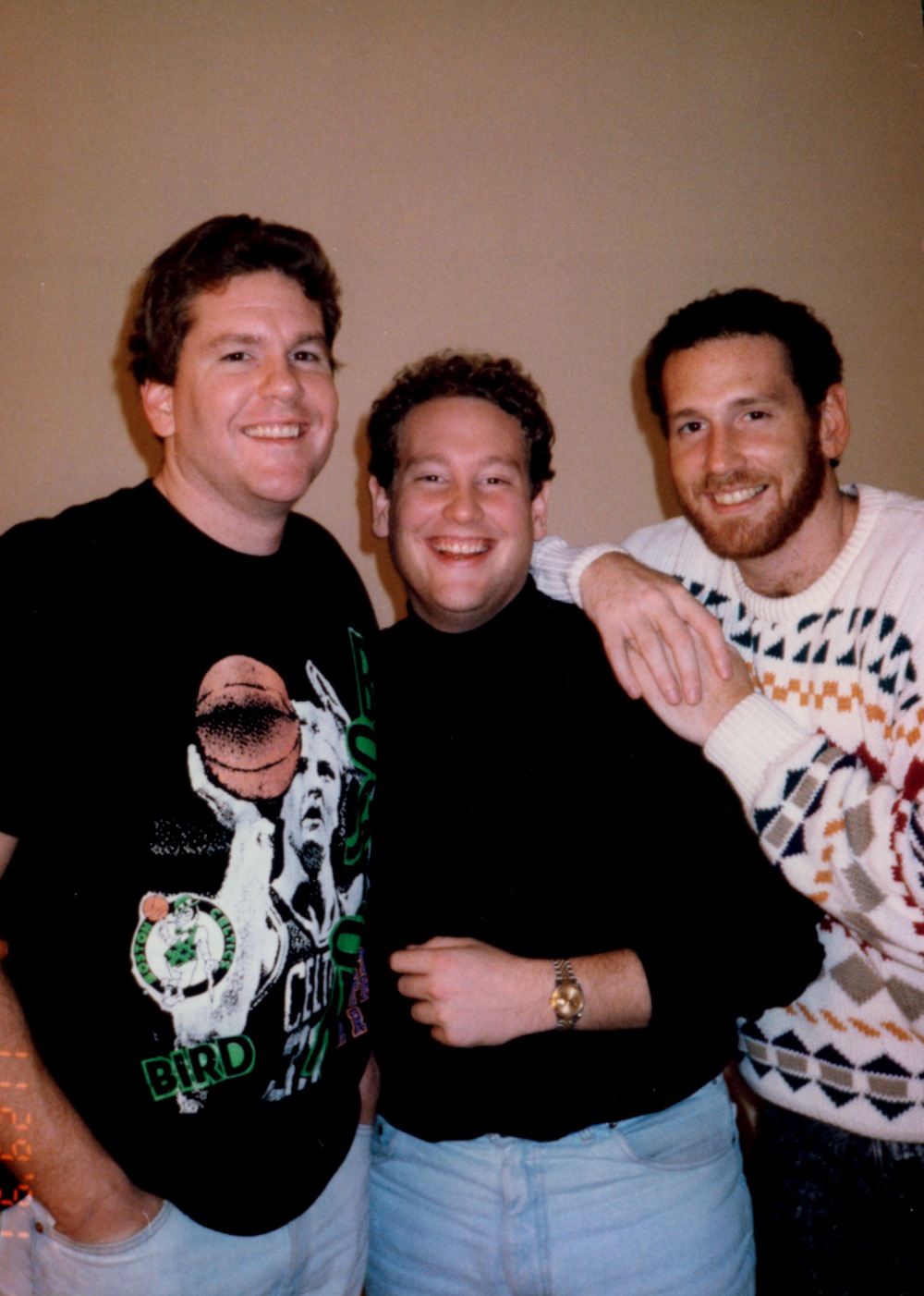 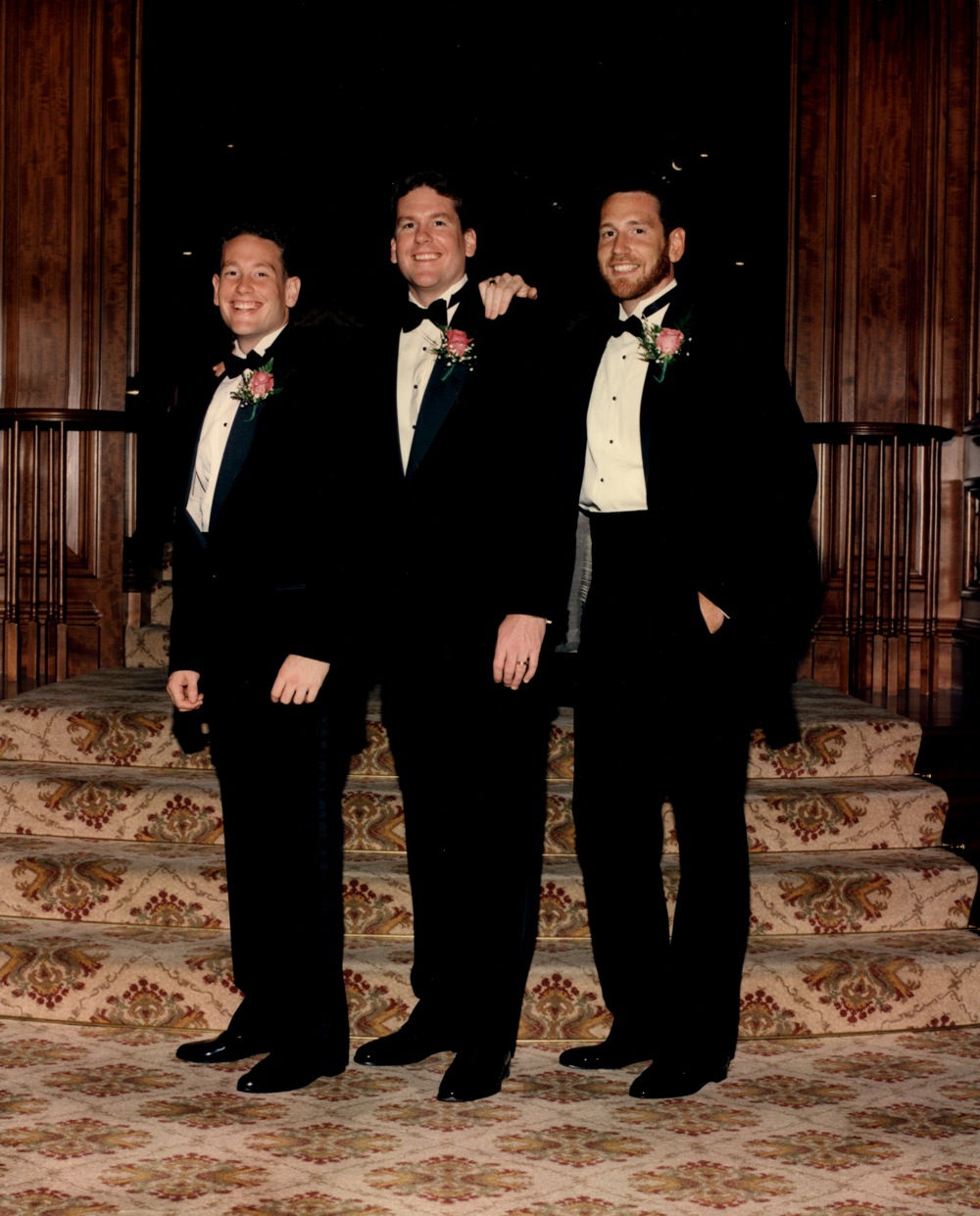 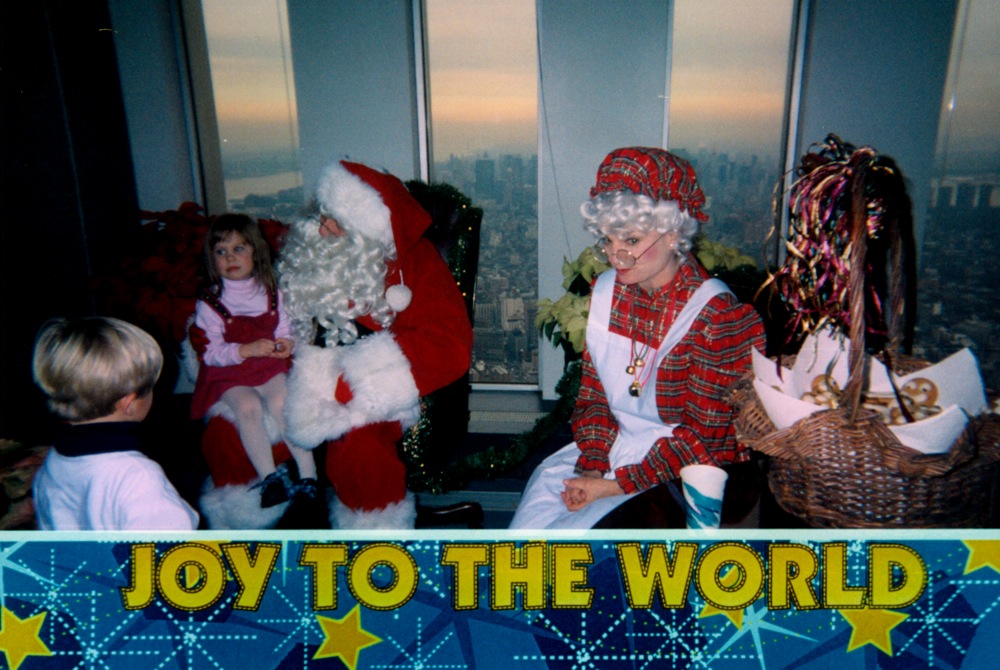 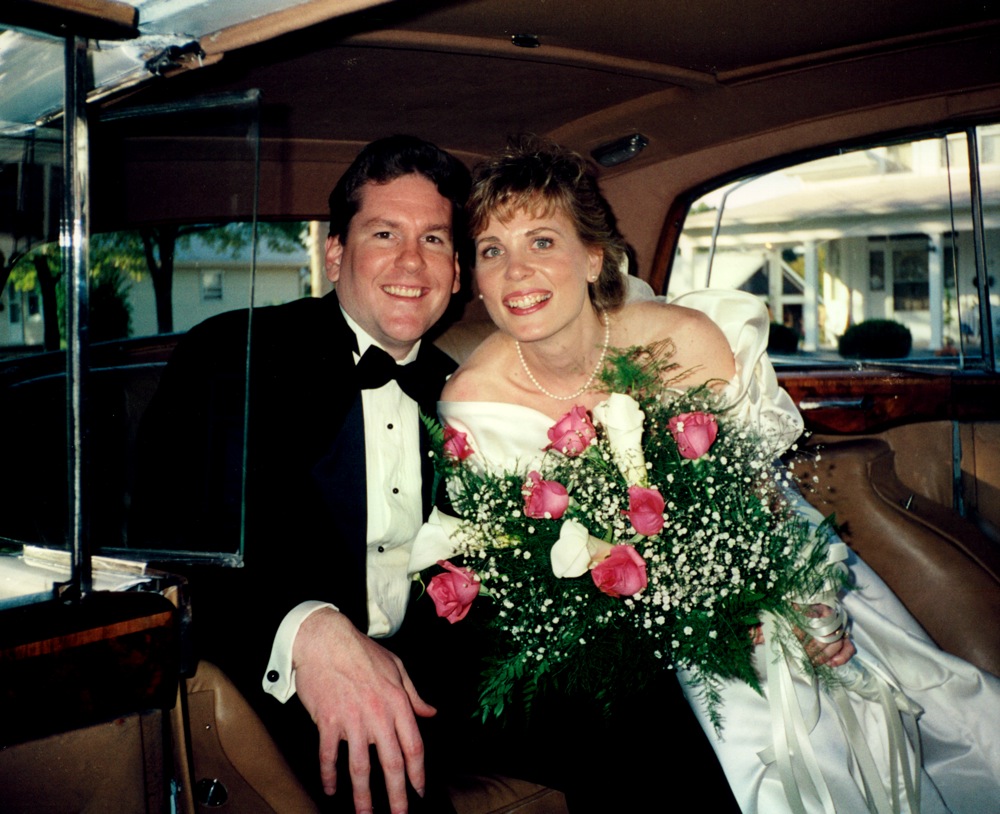 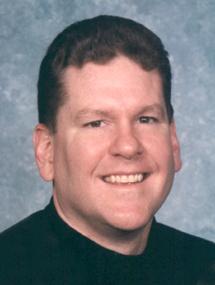 Kevin R. Crotty could never keep still. From his job as a bond trader at the World Trade Center to his home in Summit, where he resided with his wife, Lori, and three children, Mr. Crotty's life was a swirl of activity, and his list of accomplishments long.

"I used to kid him because he wasn't a handyman," said his wife. "But he did everything else -- the dishes, the laundry. He was a real family man. He worked his schedule so that he didn't have a lot of business dinners to go to."

One occasional indulgence was the theater. "When he saw something he liked," said Mr. Crotty's mother, Mary, "he would take us and go back and see it again."

Mr. Crotty, 43, worked on the 104th floor of Two World Trade Center as a managing director of the investment firm Sandler O'Neill & Partners.

Mr. Crotty, who grew up in Jackson Heights, Queens, was also a catcher on a semi-pro baseball team in New York for several years. After college, he considered playing professional basketball in Europe. He was especially excited about his son Kyle beginning to play soccer.

"Kyle scored his first goal on Sunday (before the attack)," said Lori Crotty, "and Kevin had the biggest smile on his face. I'm so happy that he got to see that."

In addition to his wife, Mr. Crotty is survived by his children Megan, 7; Kyle, 5, and Sean, 2, as well as his parents, Raymond and Mary Crotty of Frederick, Md., and two brothers, Brian of Gaithersburg, Md., and David of Ijamsville, Md.

Profile by Amy Ellis Nutt published in THE STAR-LEDGER.