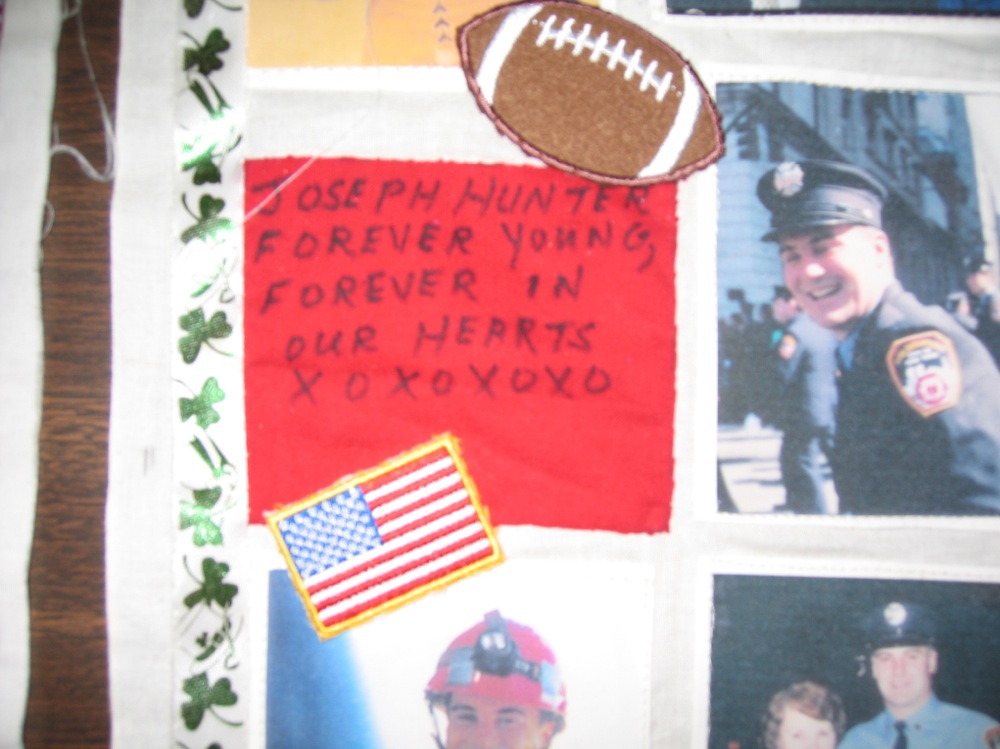 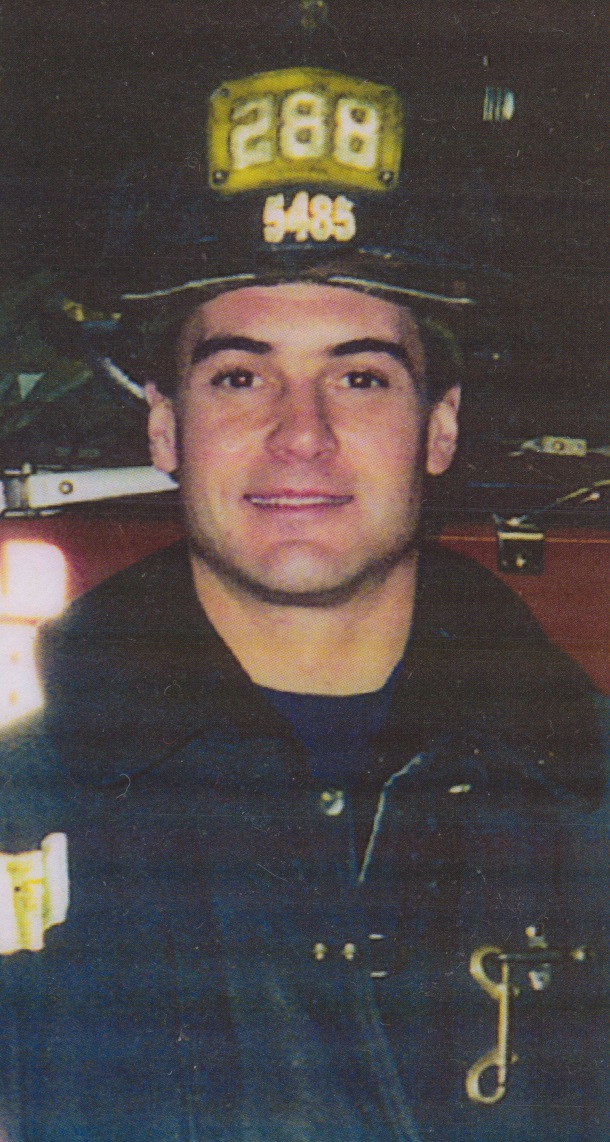 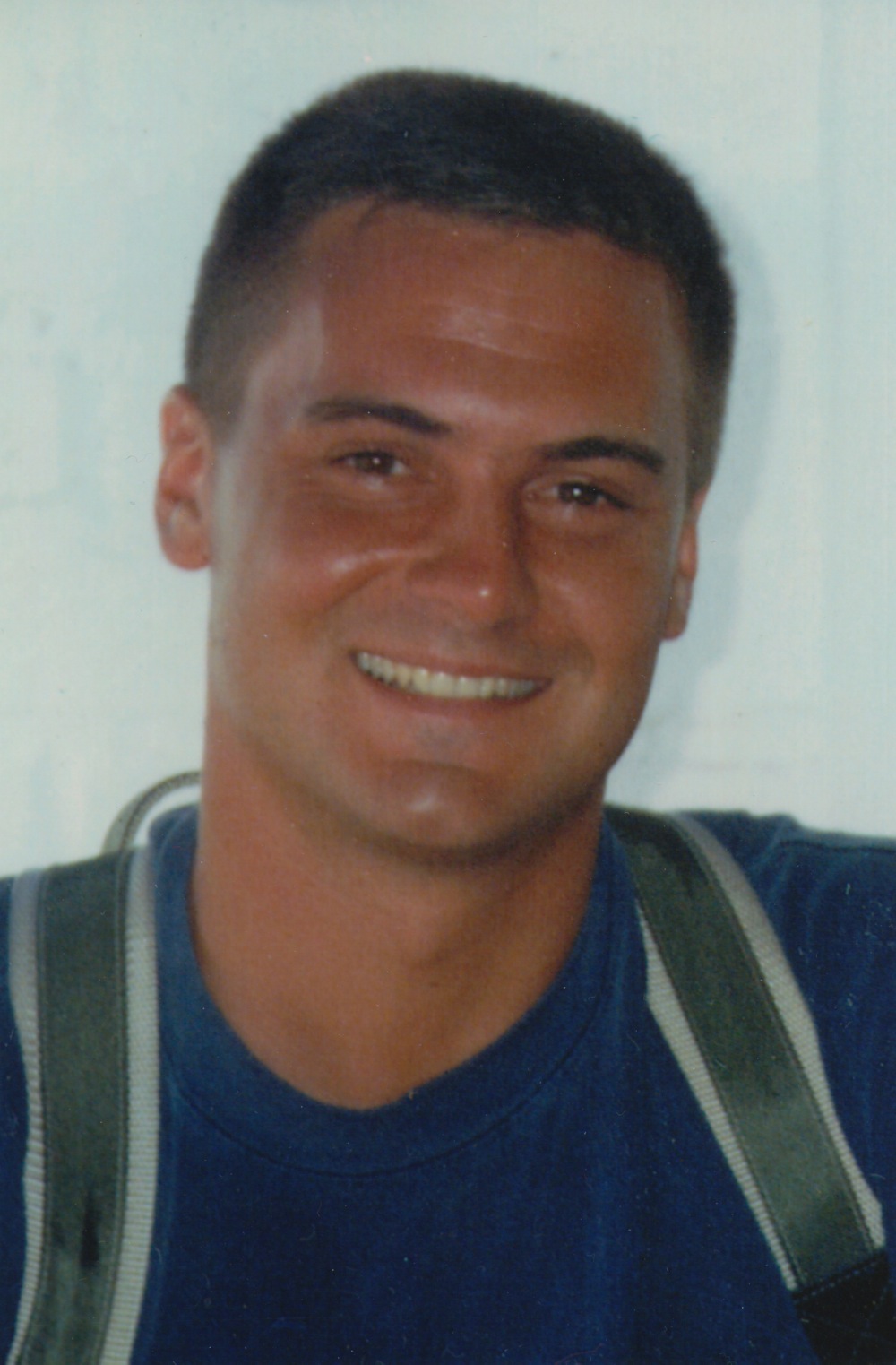 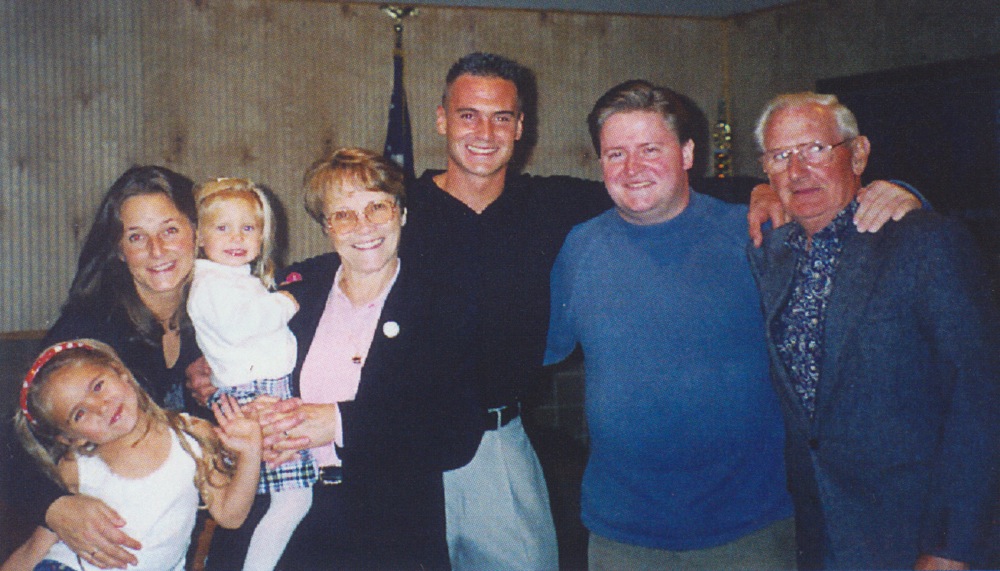 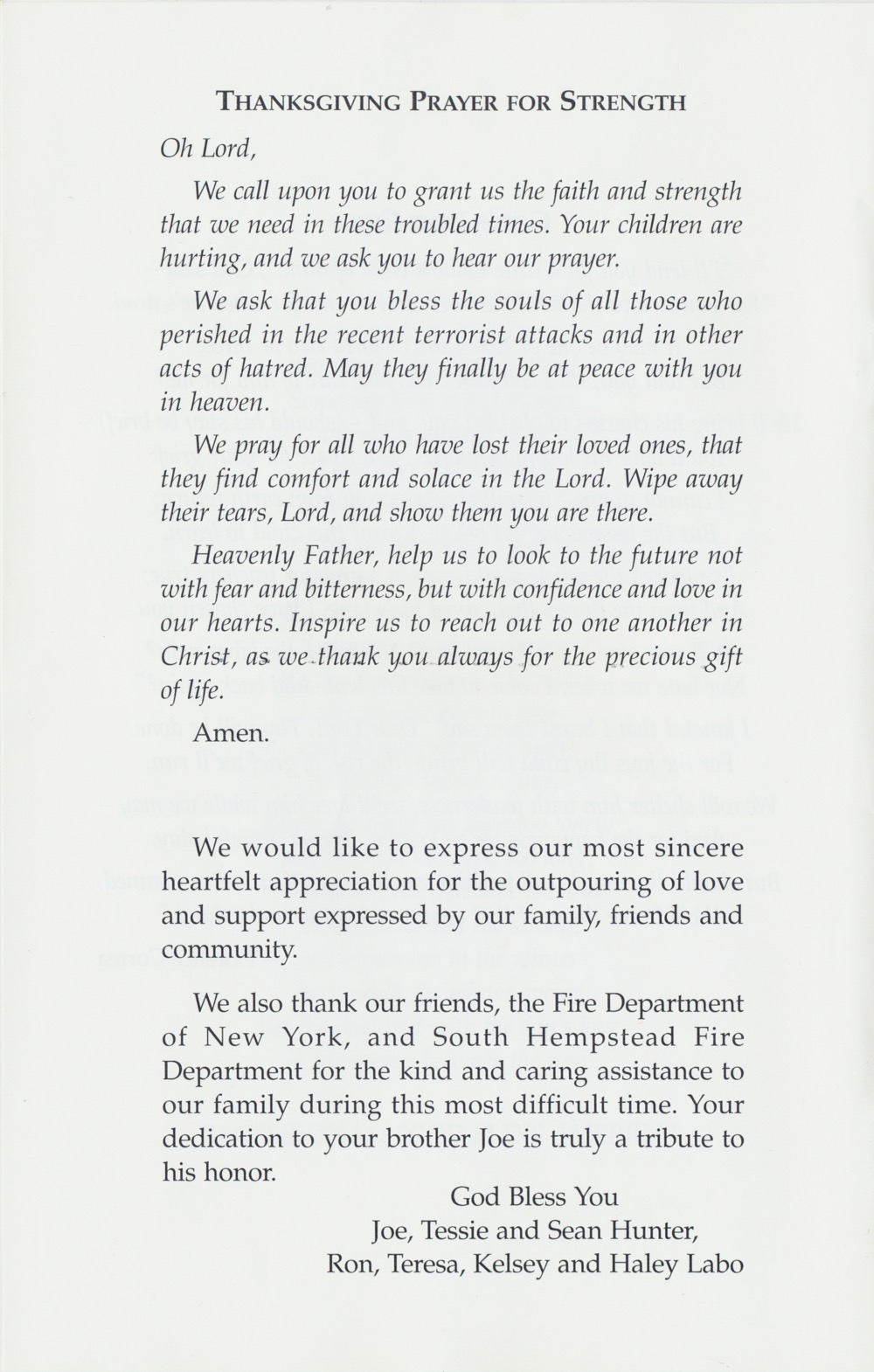 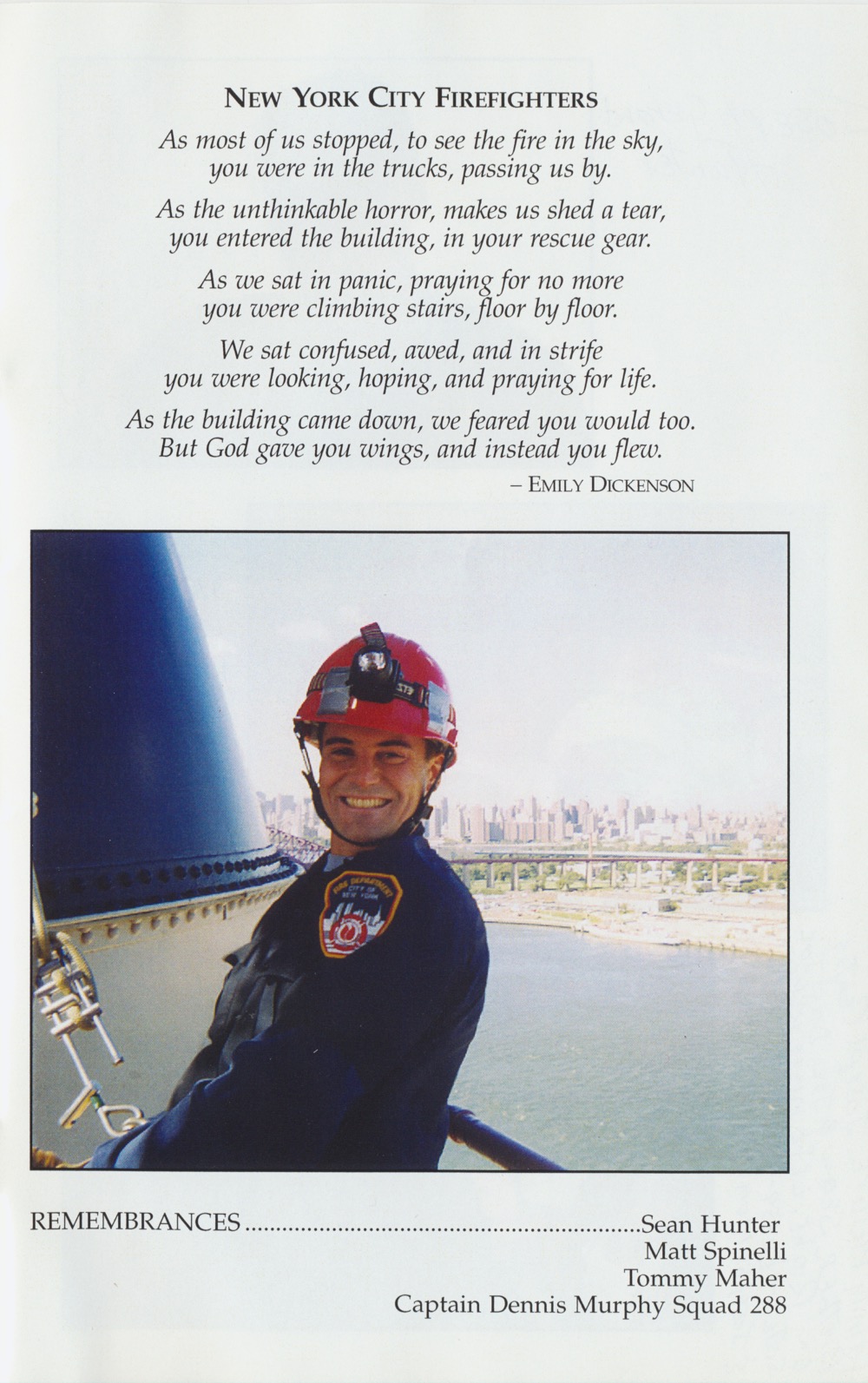 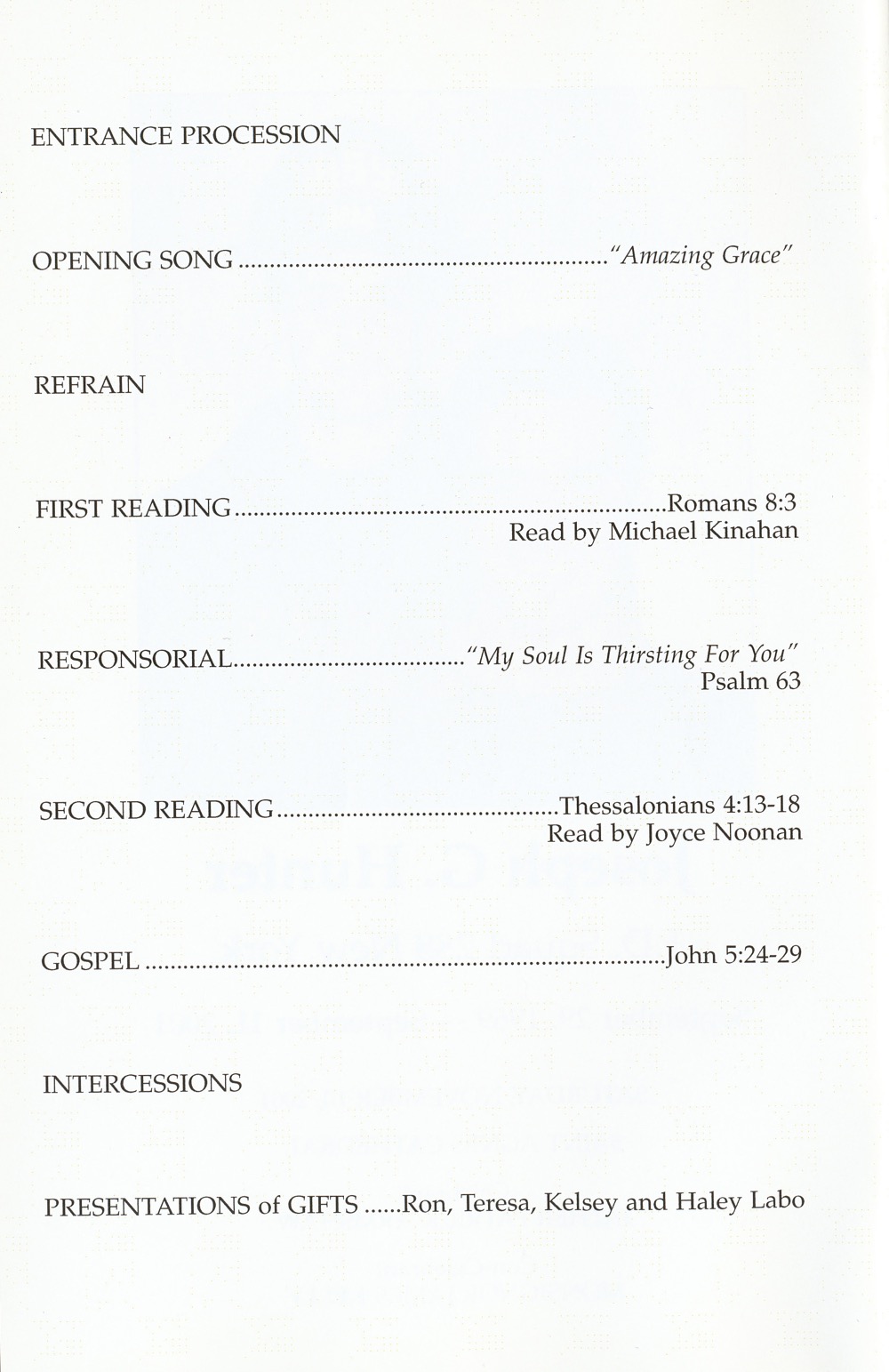 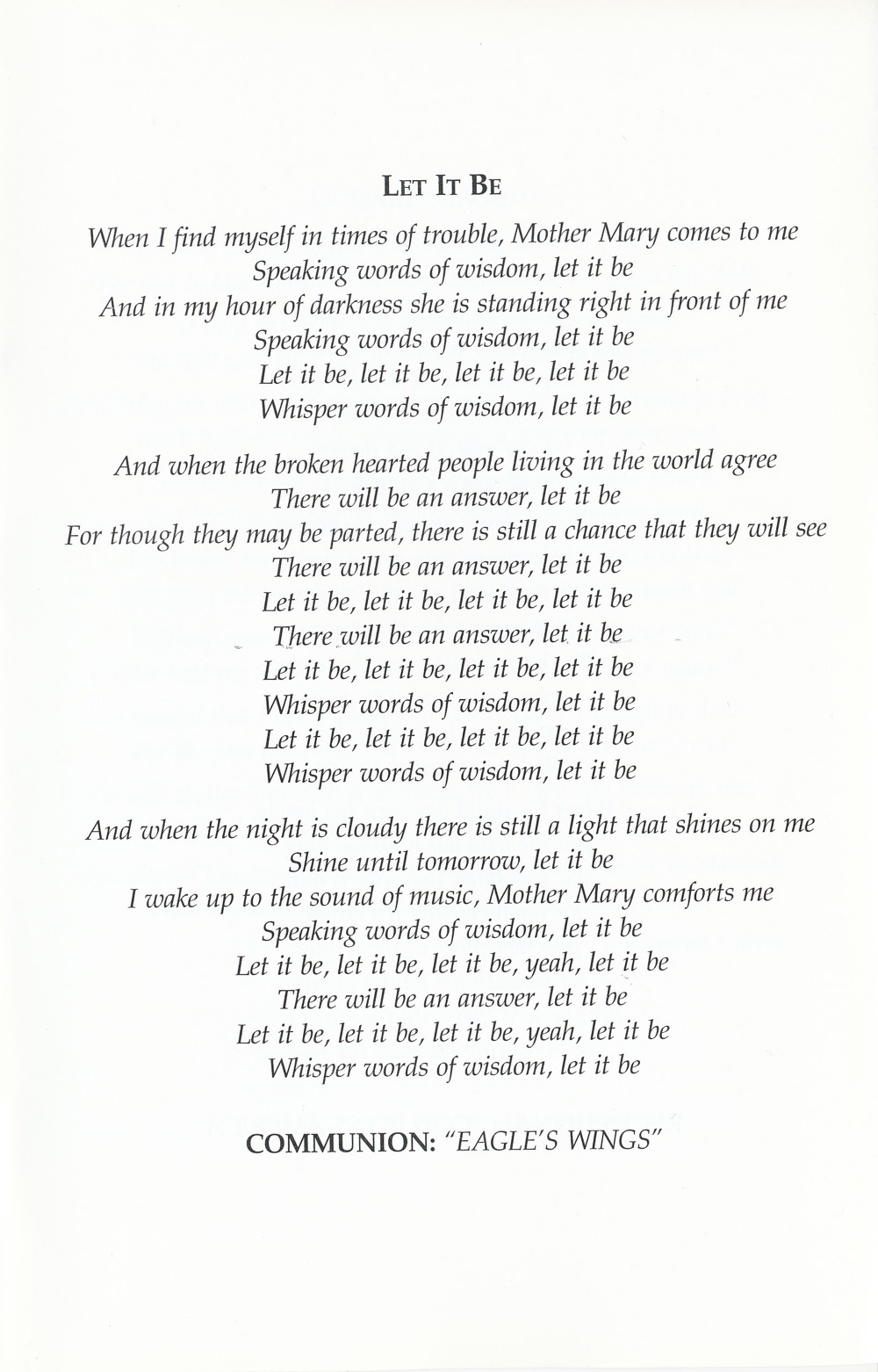 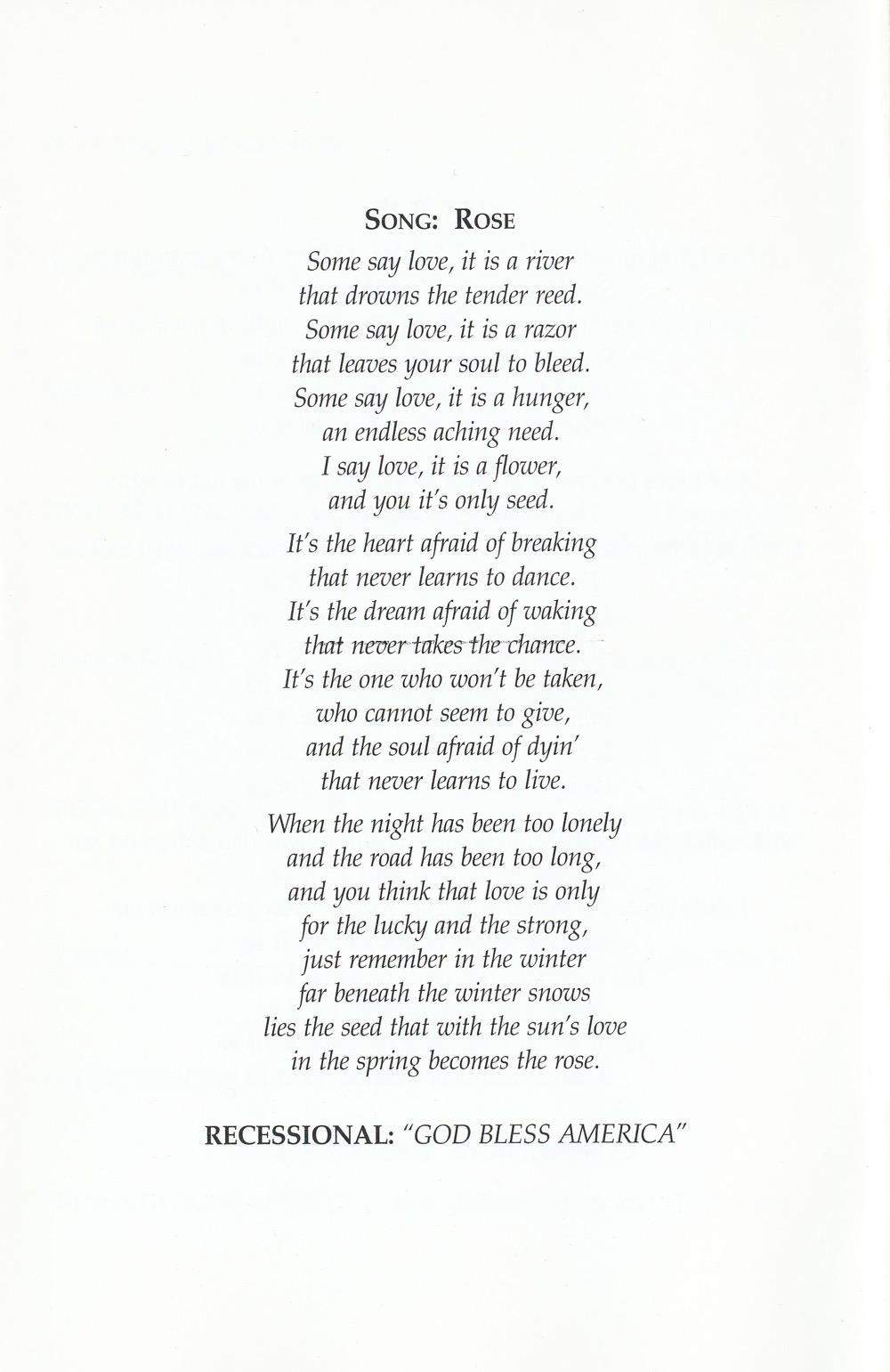 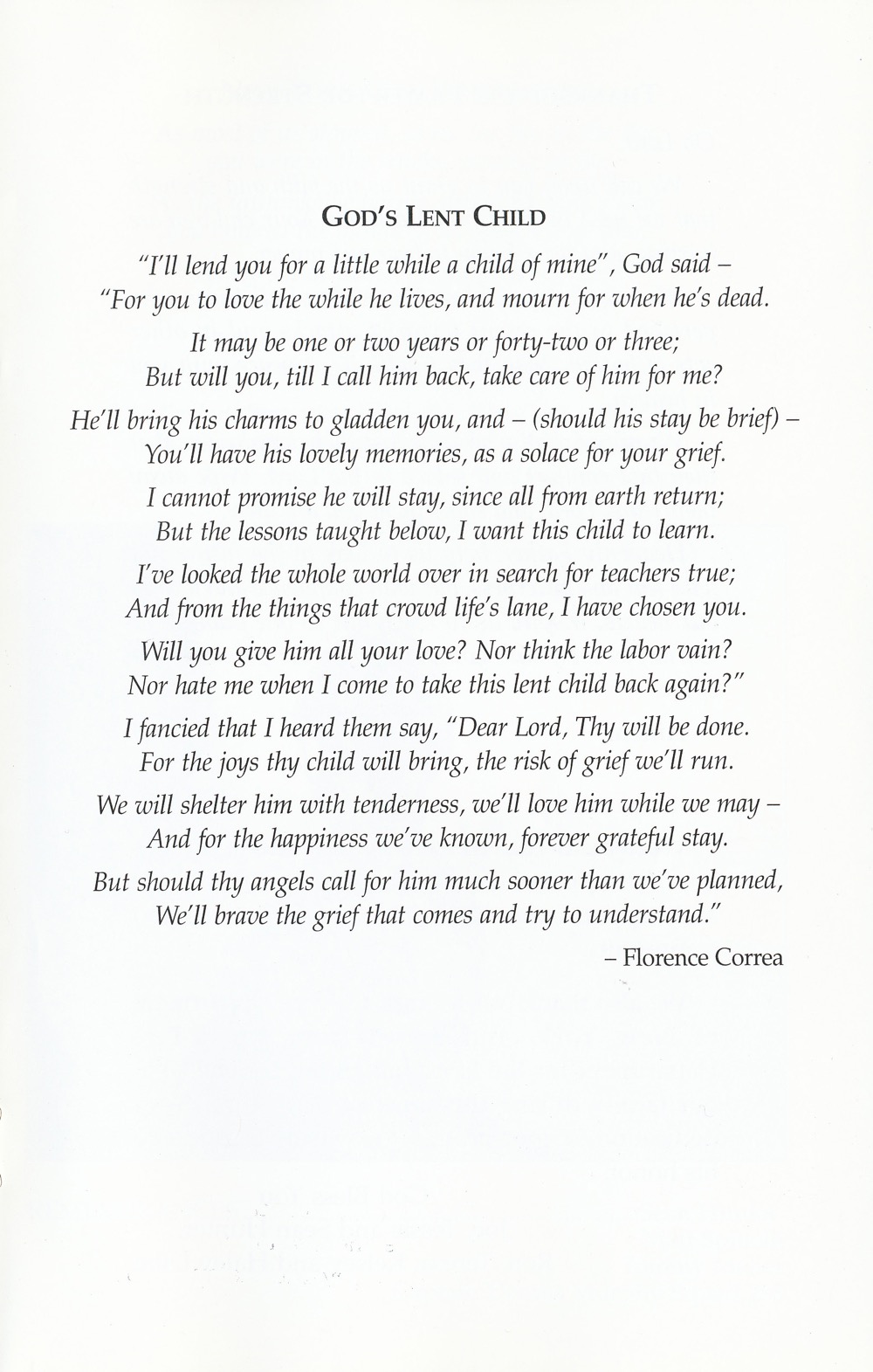 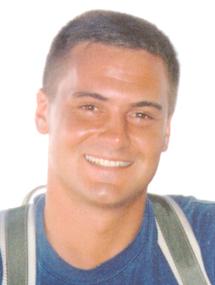 Firefighter Joseph Hunter‚ FDNY‚ Squad 288‚ was born on September 29‚ 1969‚ in Brooklyn‚ New York. Joe had an infectious smile from the beginning; a beautiful‚ handsome son. He was all boy. Joe was the serious type from the onset. He always displayed traits of being caring‚ honest‚ sensitive‚ responsible‚ modest‚ bright‚ quick-witted‚ but private‚ too. Joe showed early signs of his fascination with the fire department. At the early age of four‚ Joe would race his big wheel to the corner in hopes of catching a glimpse of the fire truck on the move with its screaming sirens. As Joe grew older‚ he would follow the trucks as far as he was allowed to go on his bicycle.

At age 11‚ Joe had his own drill team practicing in his driveway and backyard‚ a cluster of neighborhood buddies‚ along with Dad's ladder; the shed‚ the little red wagon and the garden hose were used to recreate the action of the tournaments. Joe was so serious about the racing he would instruct those who were not taking it seriously to go home! It was the preface of what was to follow. Joe played football‚ baseball‚ hockey‚ golf‚ skiing and many other sports.

When Joe turned 18‚ he was old enough to join the South Hempstead Fire Department as a volunteer. Now it was Joe's turn to fulfill his dream and to race with the drill team. He did so for 13 years as the hydrant man for the South Hempstead Rascals‚ certainly not to be confused with the term nozzle man. The dedication and commitment to this passion was incredible. Again one of those things you couldn't understand unless it was your passion. Joe was been referred to as the best hydrant man in Nassau County‚ which meant he could get off the truck‚ get the hose on the hydrant and turn on the water in fractions of a second.

Through the years‚ Joe was somewhat of a fixture in the firehouse‚ his second home. If he wasn't there tending to the normal firehouse duties‚ he was often found reading or studying in the conference room‚ which was dedicated in his honor‚ being renamed the Joseph Hunter Meeting Room. Joe was often found goofing around with the guys in the firehouse‚ but when the siren went off‚ Joe became a man of action. He was serious about firefighting and liked discussing fire training.

Joe graduated from Hofstra University in 1994‚ where he earned a Bachelor of Science in Business Management. Joe‚ a beloved son‚ and adored loving brother‚ a proud uncle‚ a brother-in-law‚ a proud Irishman‚ a cousin‚ a nephew‚ a friend‚ a boyfriend‚ a confidant‚ our pride and joy‚ our hero. (source)

Long before he understood the dangers, Joe Hunter was love-struck by the sights and sounds of firefighting, the shiny red trucks with their bright lights and whirring sirens. The trucks from the South Hempstead Fire Department, whose firehouse was at the end of his block, could not pass his house without him racing behind on his Big Wheel. At age 8, Mr. Hunter would coax friends into mock rescue drills, using the family's water hose and a ladder.

"He was just a kid," said Teresa Labo, his sister. "But whenever it came to anything about firefighting, he was always oh so serious. It was like he was destined."

So by the time he was old enough to go off to college, to Hofstra, Mr. Hunter, 32, was no longer just dreaming of fighting fires. He had become a volunteer with the very department that fueled his passion. It was a feat that meant as much to him as the day in 1996 when he graduated from the New York City Fire Department's academy. His family, though proud, never stopped worrying. "God bless you," his mother would say on days when he rushed off to be with his squad, 288 in Maspeth, Queens.

Hoping to comfort her, Mr. Hunter would always pause long enough to say: "Mom, don't worry about me. If anything ever happens, just know I loved the job."