Here's what I was inspired to

Here's what I was inspired to write and post on this 14th anniversary of 9/11 and in honor of you, Jennifer

I am inspired by Jennifer's

I am inspired by Jennifer's strength and perseverance. May her family know that others pray for you and may you take comfort in the unique and inspiring person she was.

Prayers for comfort peace and

Dear Jennifer: Today I visited the 911 memorial. I was OK emotionally until I saw your name and the mention of your unborn child. The immensity of this tragedy just hit me hard and I could not contain the tears. I took a picture of your name and posted it in my facebook to honor you and your baby. Within minutes many of my friends also cried. I am so sorry for what happened to you and will pray for you your baby and your surviving family. I know you are in heaven and your baby too. Sincerely,
Sonia Ortiz

To the family and loved ones

To the family and loved ones of Jennifer and her unborn child my prayers and thoughts are for you. I went to the memorial site and when I read of Jennifer's name. I could not help but get very emotional. I will never forget.

Prayers for Jennifer's family. It is a horrible thing that has happened, to lose not only a family member but a loved one you haven't met yet.

Today I was reminded of

Today I was reminded of seeing Jennifers name when I visited the twin towers memorial site last February. At the time seeing her name and the mention of her unborn child touched me more than anything I witnessed that day. Today I learned about the woman and her life. Like her my family comes from Nebraska. I'm grateful to have the opportunity to learn about her spirit and life.

I didn't know you, but I

I didn't know you, but I recently visited the memorial and was struck by the immensity of the destruction. I felt I has to do something to honor this and decided to pick one person to find out about more. You were that person. Thank you. You sound like an amazing strong women, something I aspire to be. Sleep in peace.

I love and miss you, Jennifer

I love and miss you, Jennifer Howely 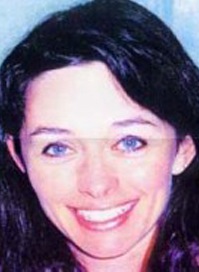 July 7, 1967 – September 11, 2001 Donna and Lyle Dorsey were the proud parents of a first born child on July 7, 1967. They named their beautiful daughter Jennifer Lynn. She grew and thrived in the warmth of their love. <b>Music, Joyful, Smiling…</b> Moving from a small north Lincoln apartment to a home built on 17th and Otoe Street, the family of three was soon to become a family of four. In 1969, a new baby brother, Matthew, placed Jennifer in the roles of protector, defender, companion, and advocate. Hand in hand, they faced adversity as well as celebrated life’s joys. Jennifer was the center of her neighborhood preschool play group. She directed the pretend stage and organized the parts others would play. Upon entering Merle Beattie School in the fall of 1972, she widened her circle of friends to include classmates, Indian Guides, and Brownies. Jennifer began piano lessons at the age of seven and set off along a path that would captivate her love of music the rest of her life. After moving to Southwood and completing the elementary grades at Hill, she found Irving Middle School to open new doors of enrichment. Vocal music became an important part of her life as she was chosen to be a member of the elite singing groups. Entering Southeast in the fall of 1982, Jennifer was a young 15 year old sophomore who loved the excitement of what high school life offered. She spent time with friends, attended sporting events, worked part time and studied hard enough to earn a spot on the honor roll. Jennifer continued playing the piano as well as singing in various advanced choruses and choirs at Southeast. She loved to perform, whether on the school stage with Ars Nova or at Gateway Mall with Countesses and Noblemen. Jennifer embraced life; fine tuned her people skills, deepened her love of music, and exercised her independence. <b>Believer, Achiever, Resilient…</b> Jennifer faced many obstacles in her life… becoming deaf in her right ear as a toddler and her mother dying from a brain aneurysm when Jennifer was six years old, tested her during her childhood. As she grew through adolescence towards adulthood, her confidence and resiliency steadied her along the way. She ventured out on her own as a high school graduate and moved to New York at age 18. Hired as a nanny to two small boys, she reached out, met new friends, and put forth her best. Time passed, the family who employed her moved out of state, leaving her jobless and homeless. Jennifer was not discouraged. She continued to believe she could make it in the Big Apple with a little fortitude and a lot of hard work. Within weeks, she had found a place to live and was hired for an entry level position at an insurance company. Jennifer defined challenges as opportunities for growth. <b>Committed, Focused, Driven…</b> Jennifer thrived on learning and succeeding. When she was given the position of Vice President, she told her boss that someday, she would sit at his place in the company. She was promoted from Senior Vice President to her final position as Director for the AON Corporation, on the 92nd floor, in the South Tower of the World Trade Center. She was committed to her company and its global success. Her positive attitude, her deep belief in her own resourcefulness and the strong affection she held for all people carried her gracefully through many storms. <b>Leader, Respected, Dedicated…</b> Jennifer could always detect the best in everyone. Many of her colleagues have told of their individual successes, due in part to Jennifer’s support and encouragement. She made sure equal opportunity was given to all that had the potential to build on it. Having reached a high position in a Fortune 500 company, with just a high school diploma and a well developed resume, she set the benchmark for all who sought success. <b>Vibrant, Stunning, Sincere…</b> Jennifer was stunning, barely five foot tall and slim in stature, dark brown hair, saucer-sized blue eyes that looked into your soul. But her real beauty glowed from within. Jennifer would seek out the individual that needed reassurance and offer it. She would hug grandma or grandpa sitting alone and take the time to make them feel special. She would make sure a struggling family member received the help and encouragement they needed and she made friends from every walk of life. Jennifer met her husband, Brian, through friends. They married on March 8, 1997, in New Hyde Park, New York, on Long Island, where they made their home together. Jennifer and Brian enjoyed vacations on tropical beaches and spent time with their large circle of friends. They were expecting their first child in January of 2002. <b>Loving, Laughter, Gracious…</b> Jennifer loved to laugh! She liked to joke and tease in a kind way. Along with her brother, Matt, they would carry out funny spoofs on unsuspecting friends and relatives. She had a smile that lit up the room. When she smiled, everyone else did too. Family was very important to Jennifer. She held the sense of home in her heart. She would visit Nebraska often and keep in contact through long phone calls and holiday greetings or presents. Her love caressed everyone who knew her. <b>Hope</b> Jennifer had high aspirations. Her “I can do that” belief always extended the possibilities of her future. She had faith that she could do anything, through hard work, determined learning, and perseverance. Jennifer made her dreams come true. Her faith in the future guided her present day ambition.