In Remembrance
Photos of Jeffrey 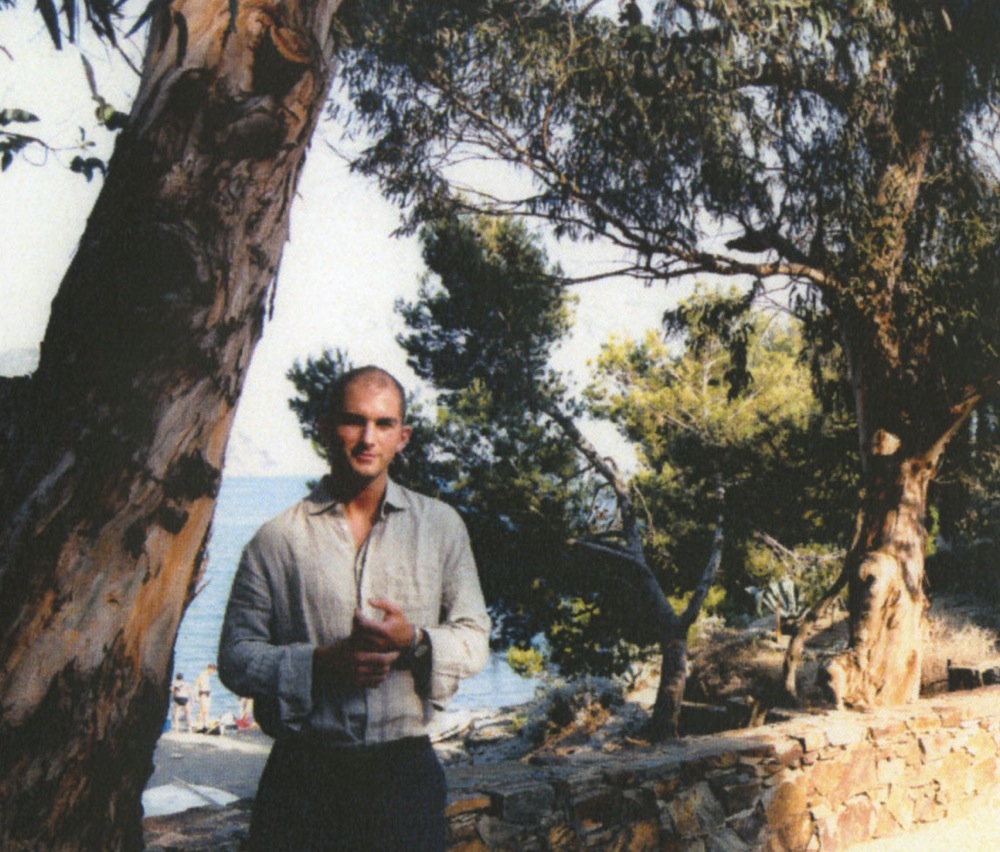 Jeffrey in Monaco where he interned at Louis XV Restaurant 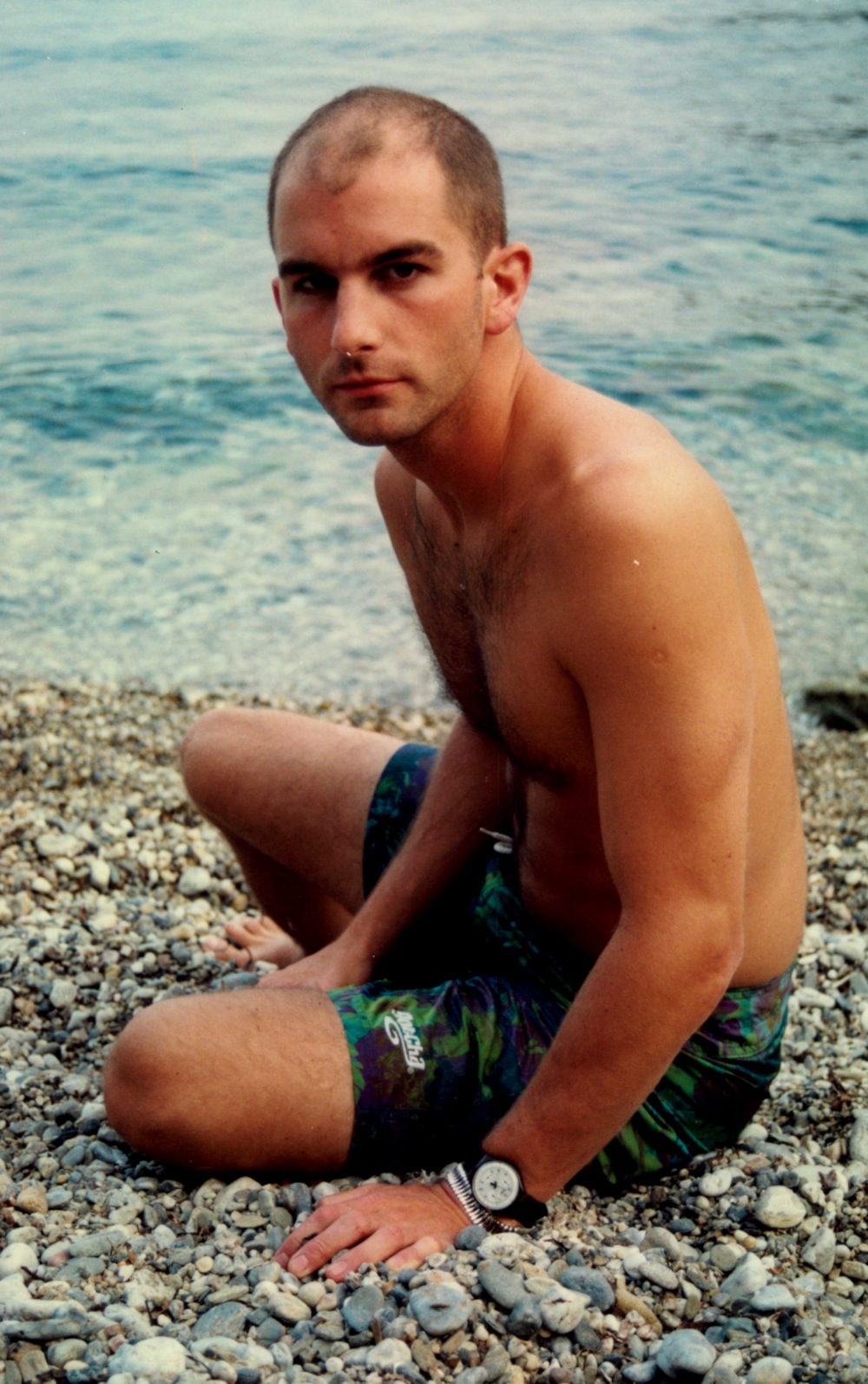 Jeffrey with sister Leslie and brother Stephen at Leslie's wedding 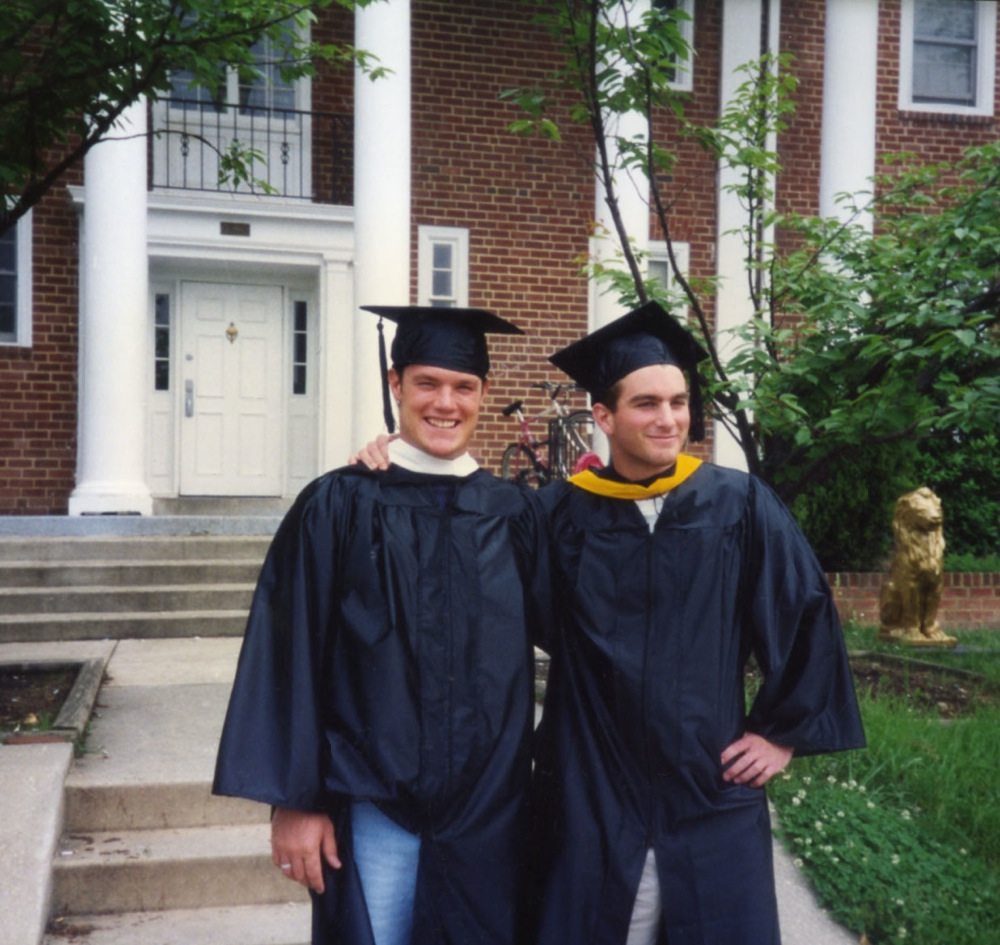 Jeffrey at U of MD graduation with frat brother Sean Campbell 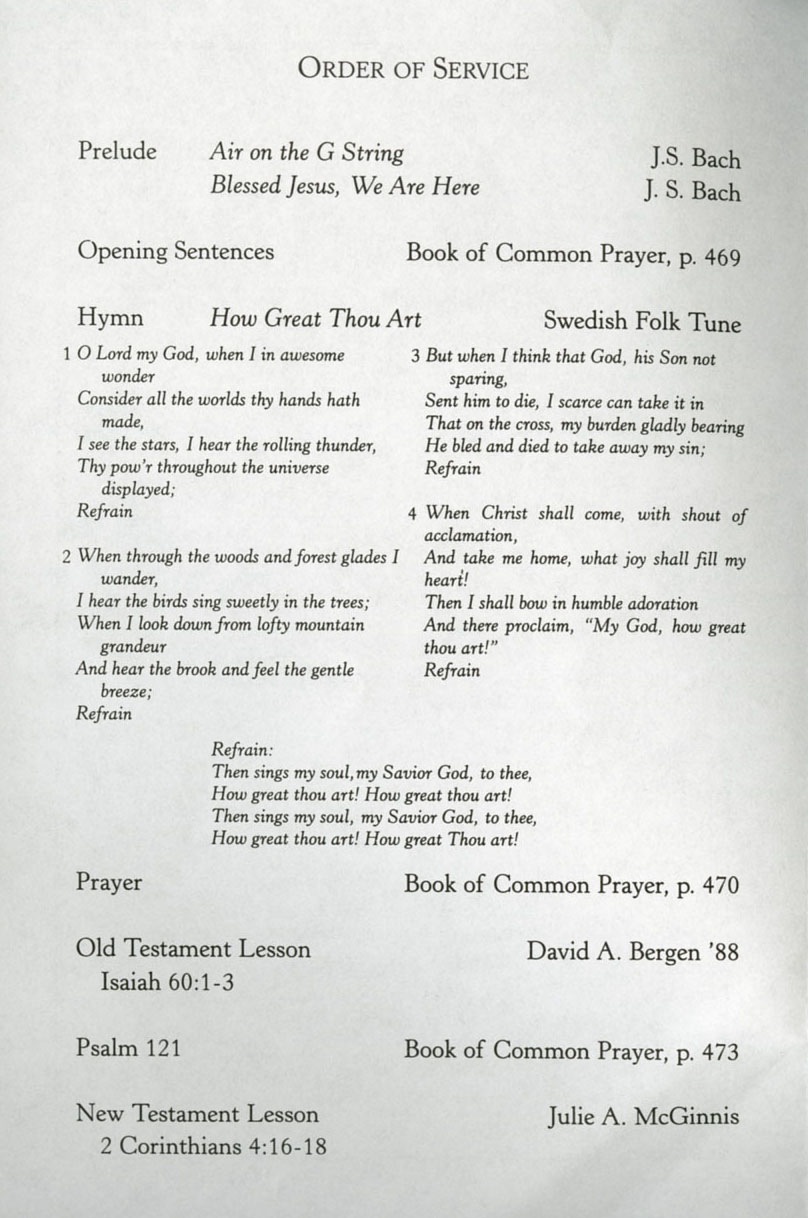 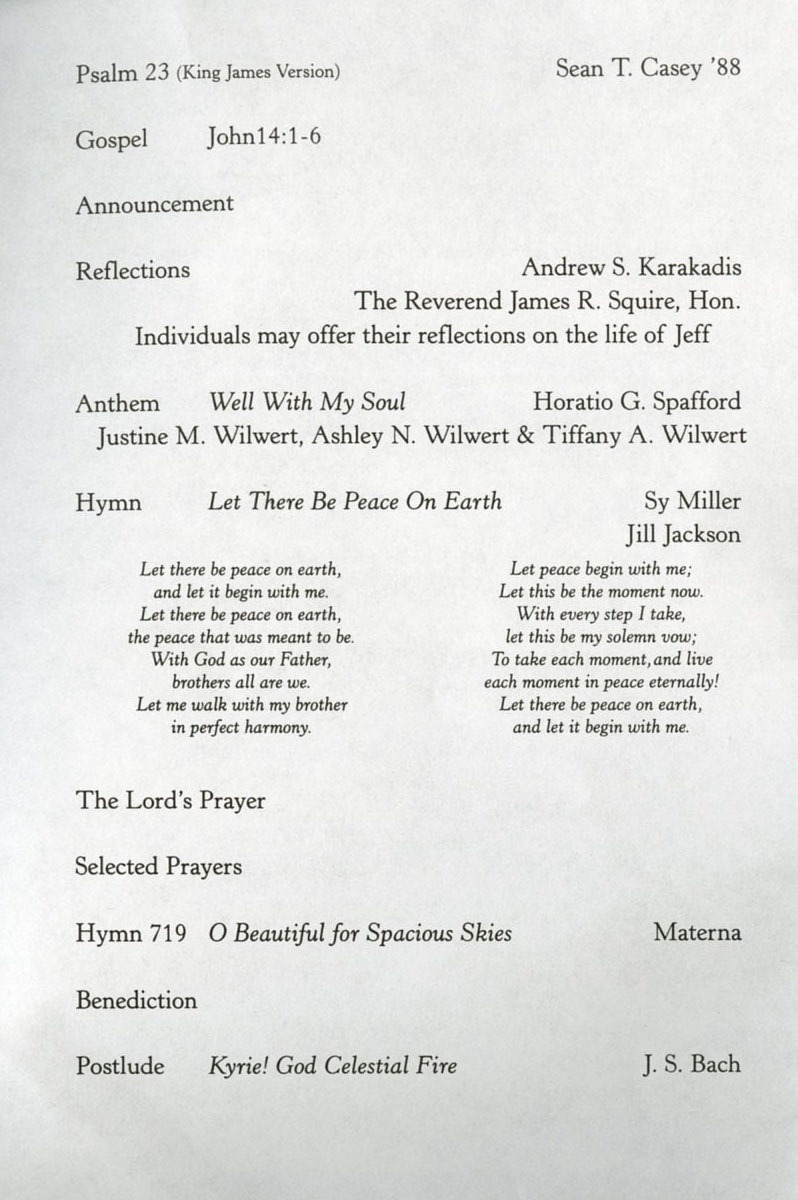 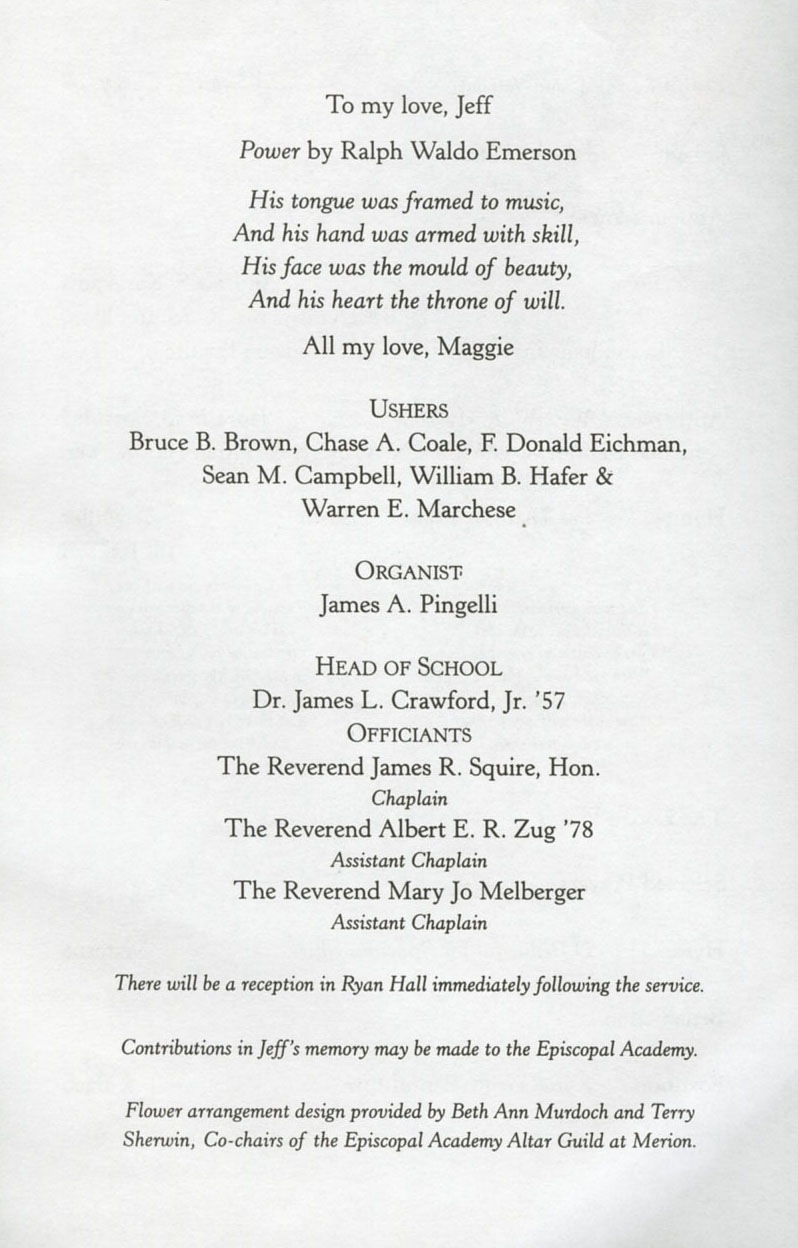 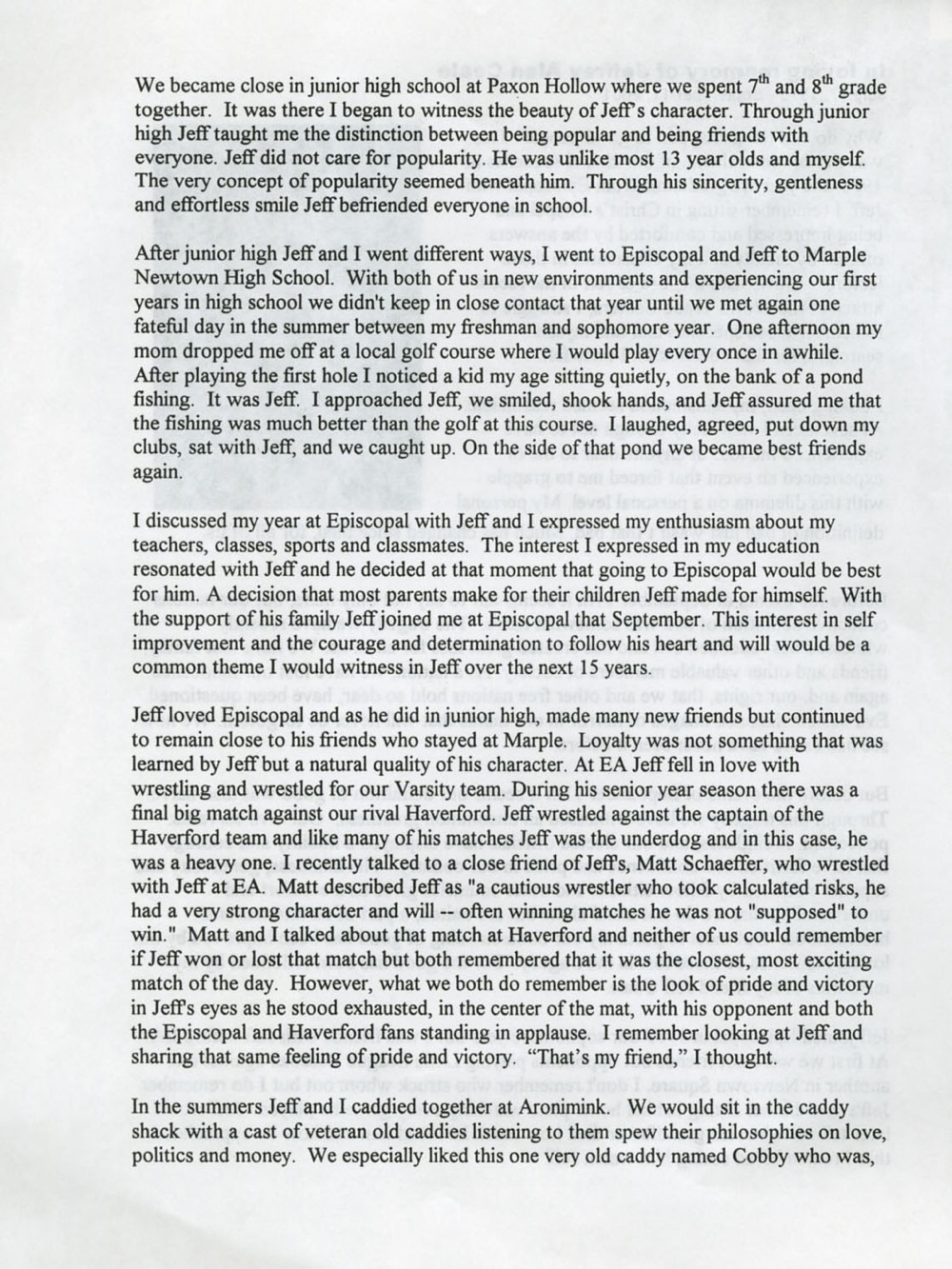 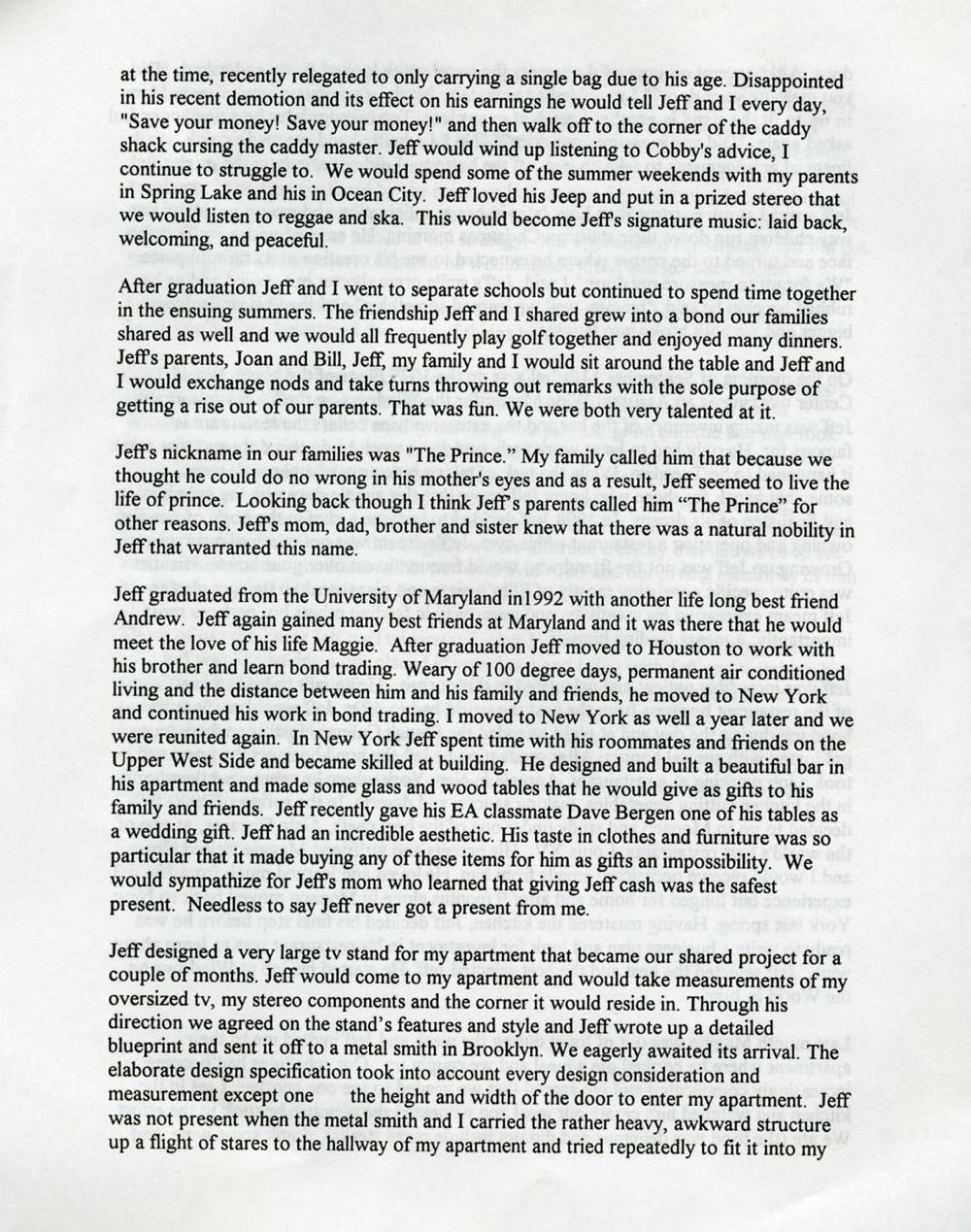 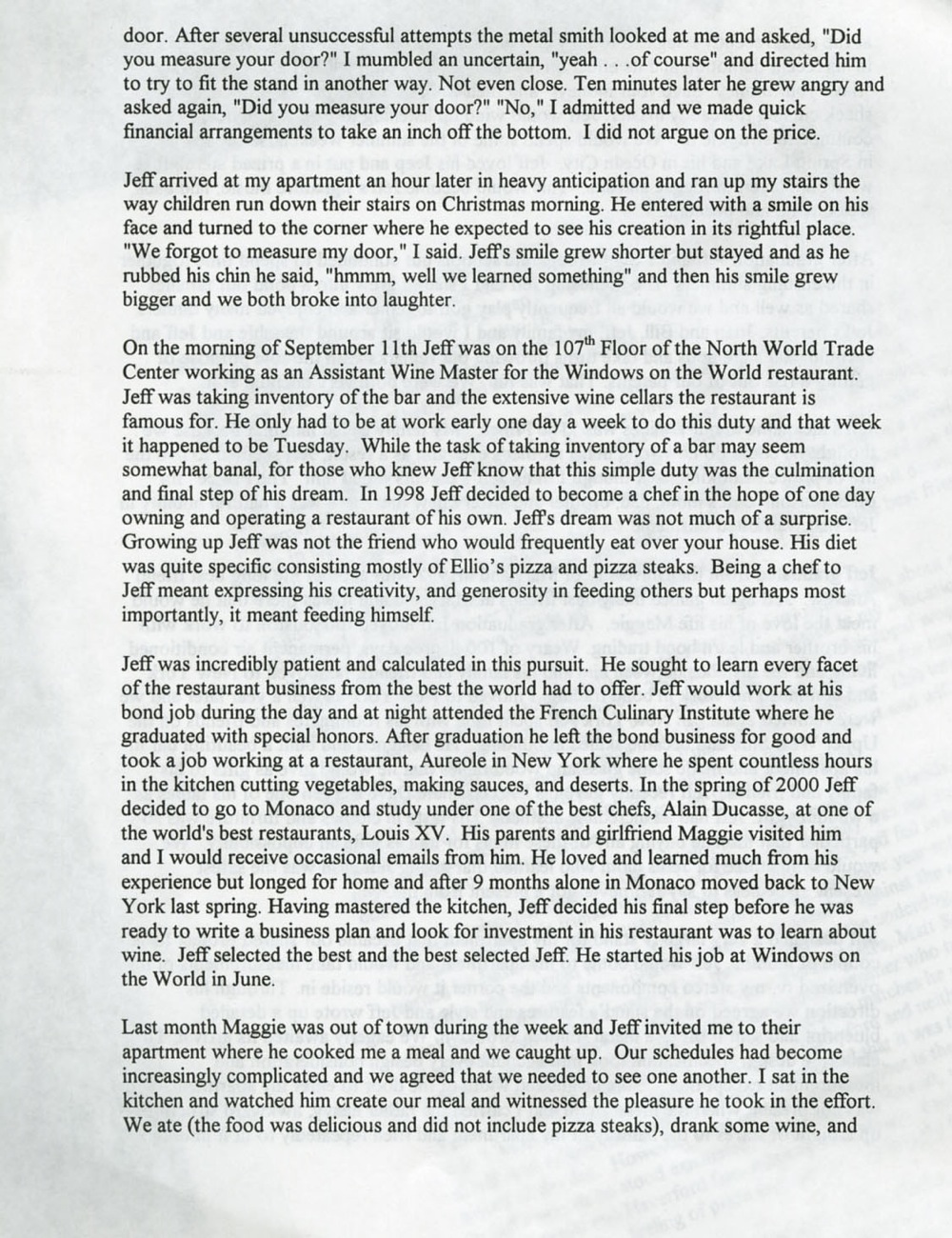 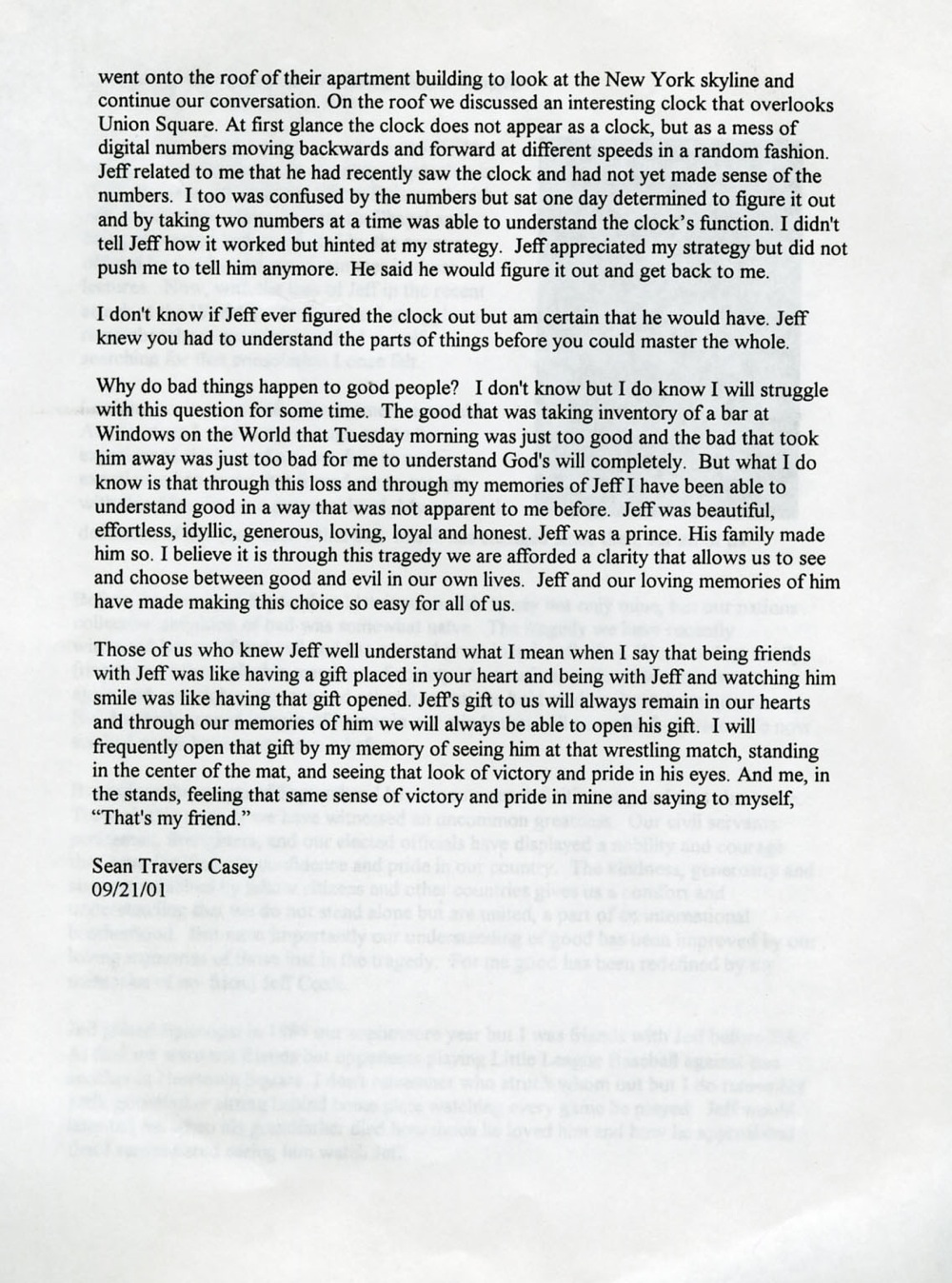 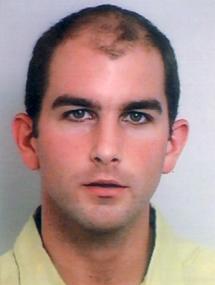 Jeffrey Alan Coale was 31 years old. Born in Bryn Mawr, Pennsylvania, lived in Souderton, Pa. Jeffrey worked in the Windows on the World complex at the top floors (106th and 107th) of the North Tower of the World Trade Center.

DREAMS OF A RESTAURANT
Jeffrey Coale

His dream started when he was in college. He wanted to own a restaurant.

Training in cooking and restaurant management helps, but so does money. So Jeffrey Coale went at it methodically. He worked for a number of years as a government bond trader. At night, he attended classes at the French Culinary Institute.

He quit trading and took a job as an apprentice chef at the Louis XV restaurant in Monte Carlo. Next, he returned to New York to work at the Alain Ducasse restaurant. Wanting to refine his understanding of the wine side of the business, he then took a job as an assistant wine master at Windows on the World.

Meanwhile, Mr. Coale, 31, sifted around for a location for his restaurant. He looked at several properties in Greece and New York. He had not settled on the style of cuisine.

"He left really good money to make $10 an hour at Windows," said Leslie Brown, his sister. "But Jeff never settled for something. He followed his passion."

In recent weeks, reflecting on that devotion, two friends switched to jobs that better suited their own true interests. Two other friends broke off unsatisfying relationships. In memory of Mr. Coale, they are going to follow their passions.