Letter to Greg from Steve at the Anaheim Angels 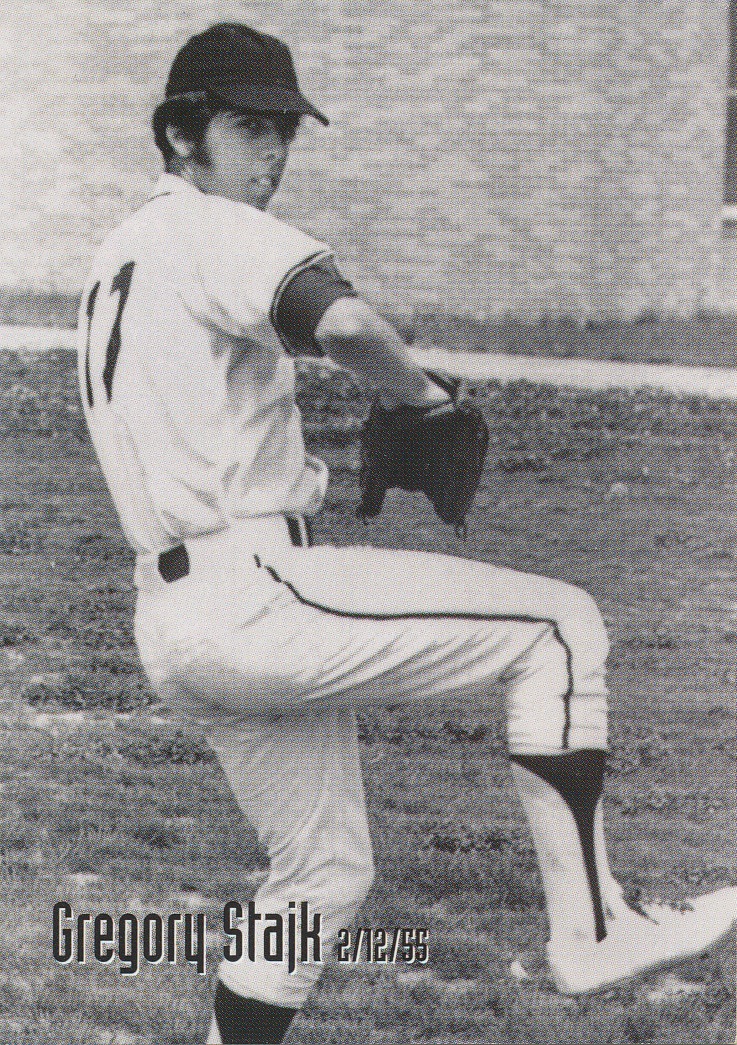 Picture of Greg Stajk as a pitcher 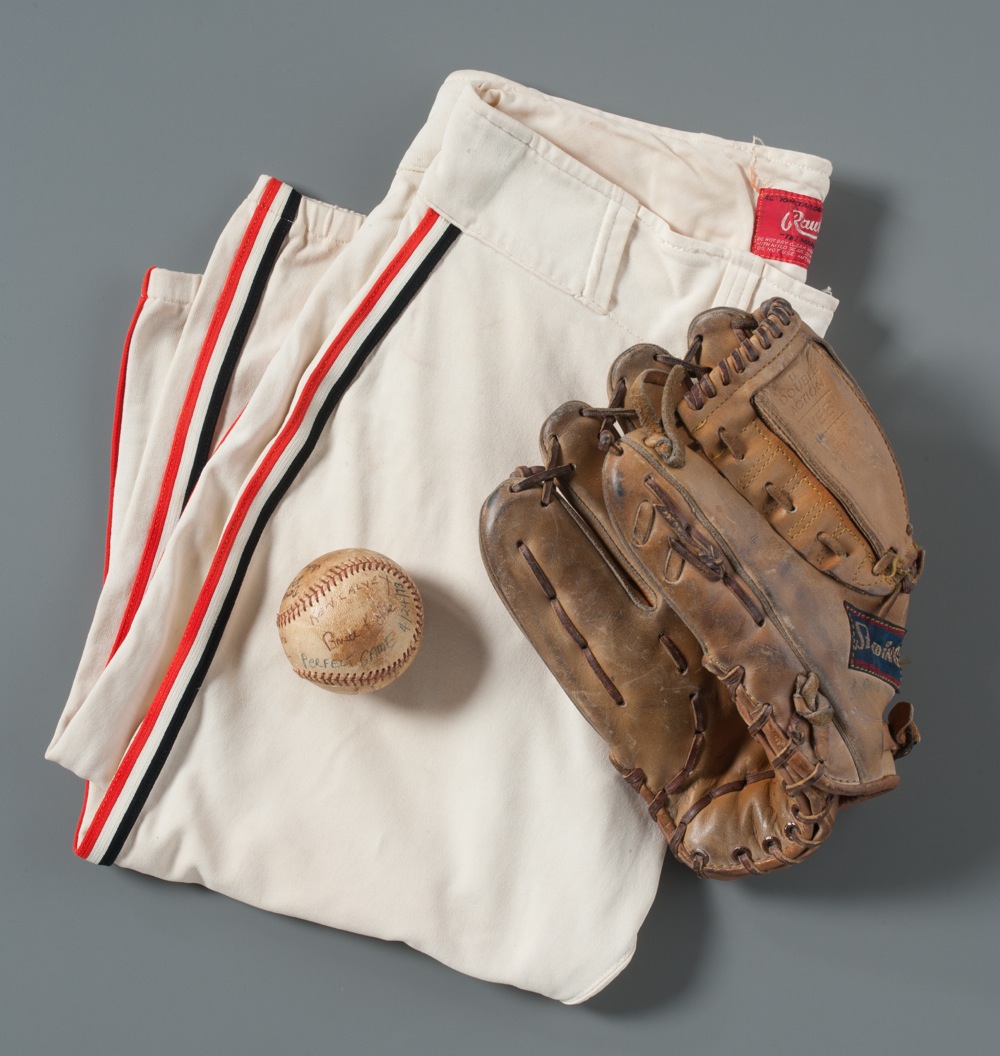 Picture of baseball, glove, and pants 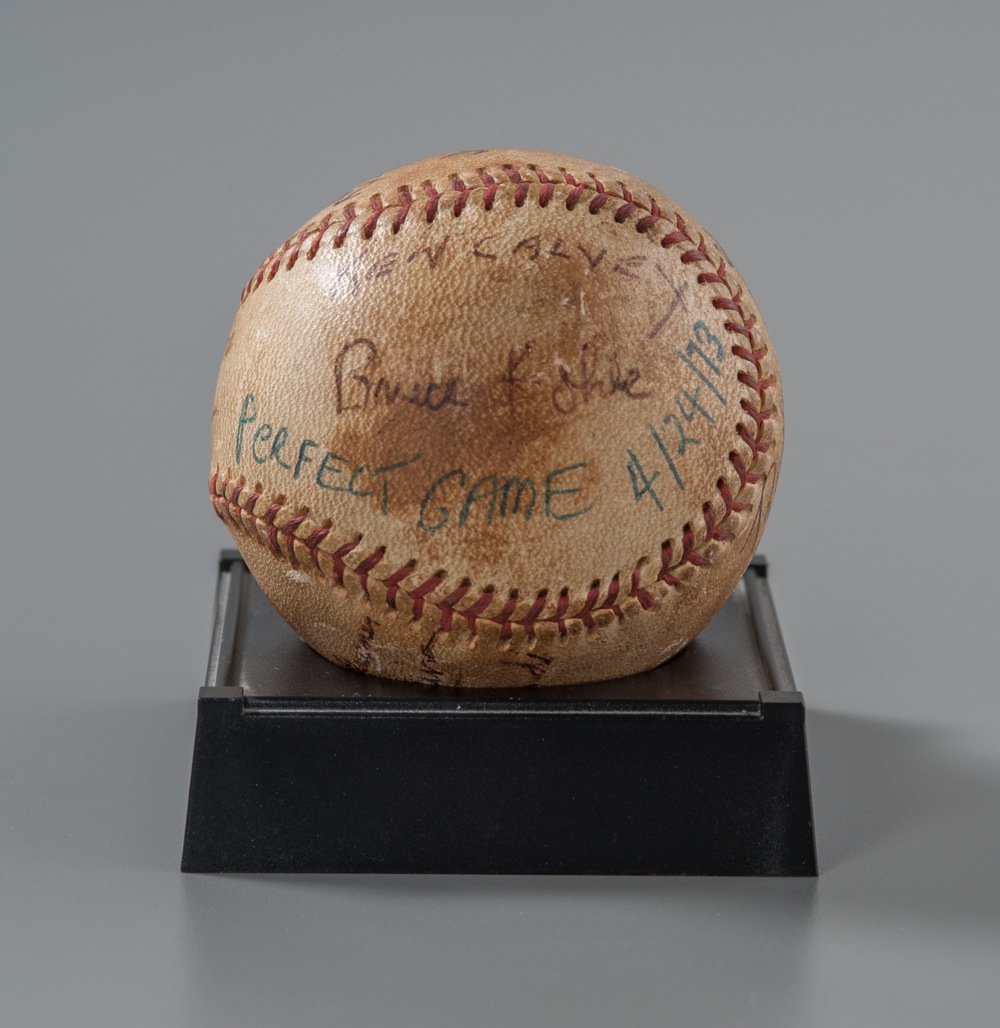 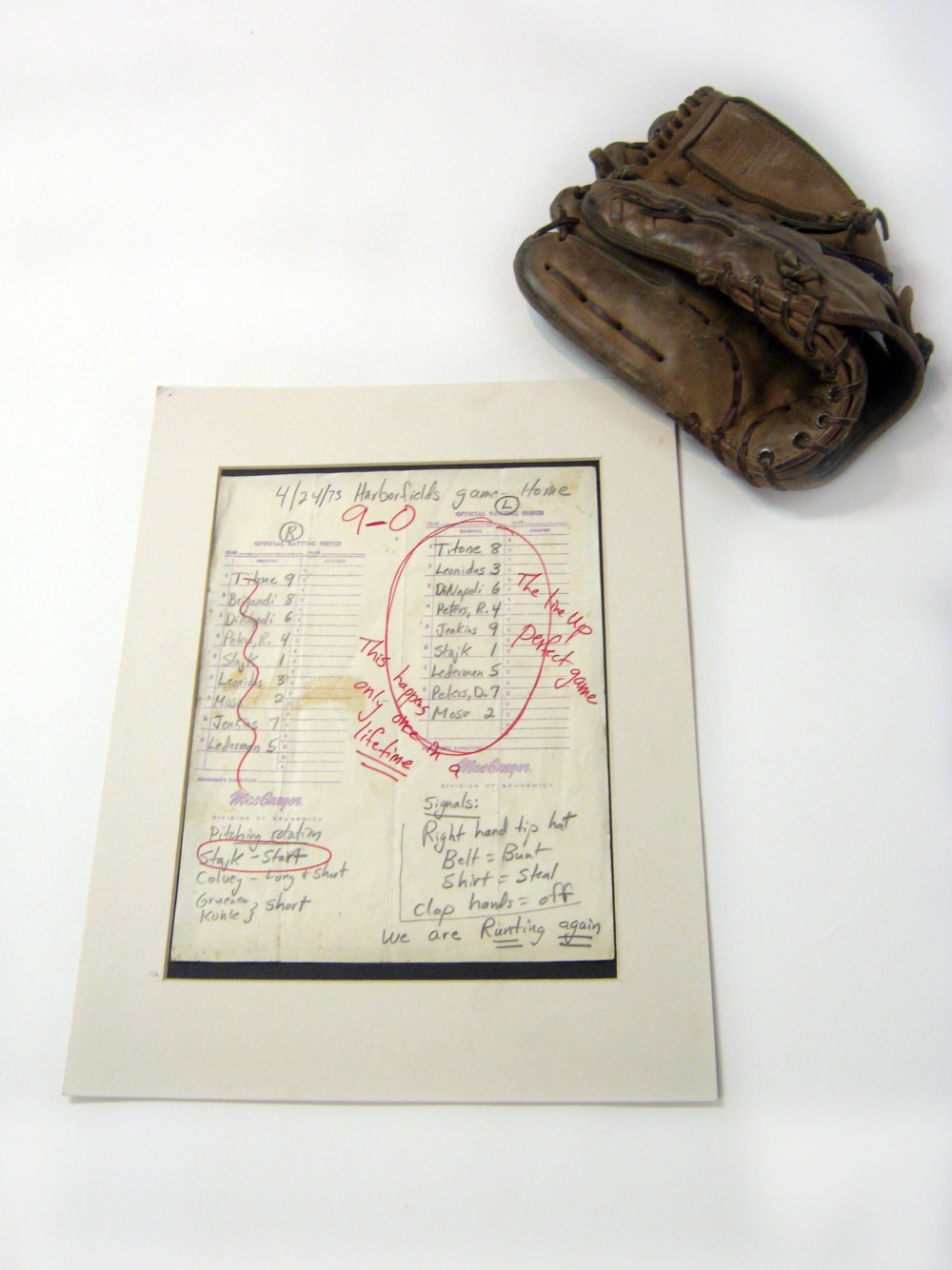 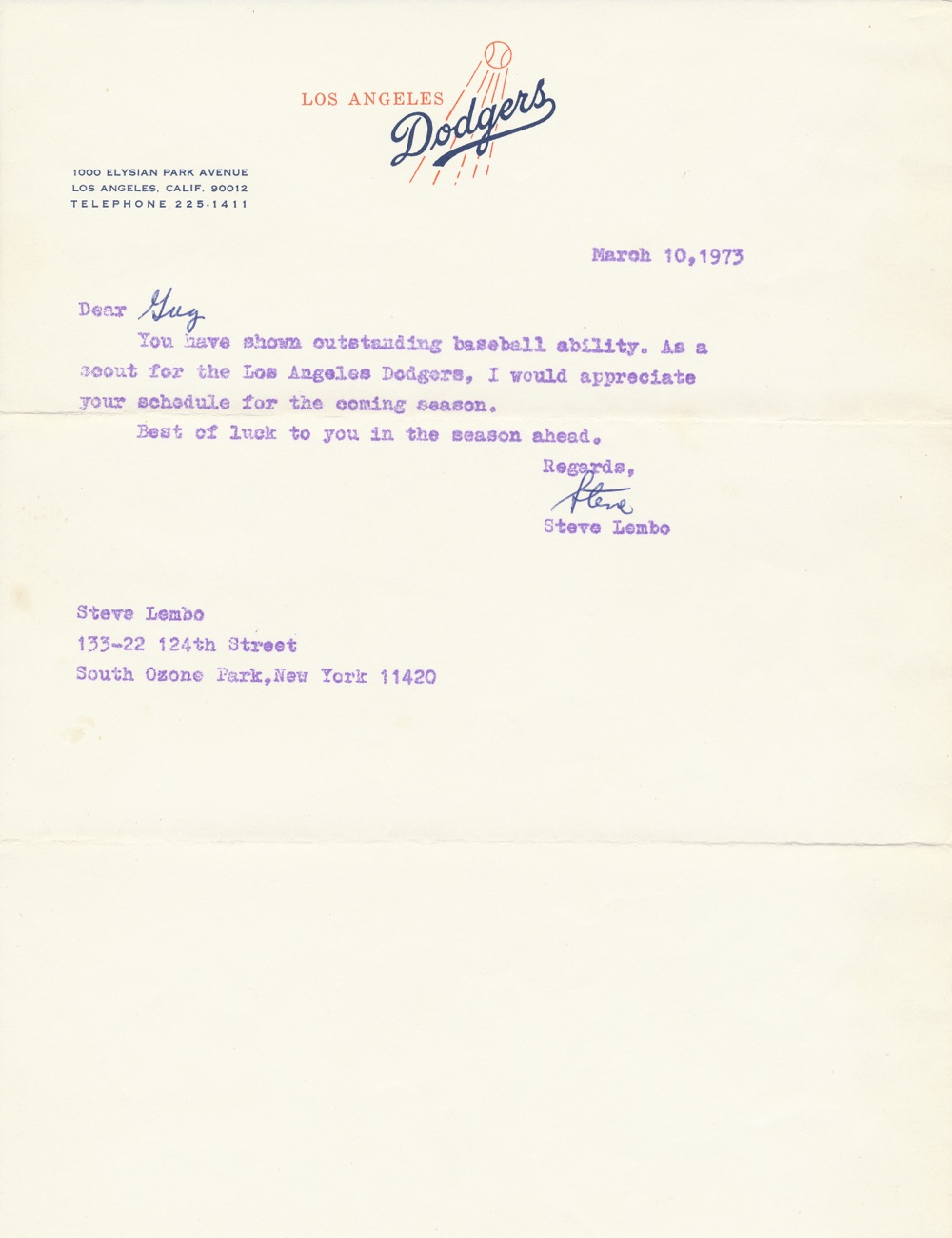 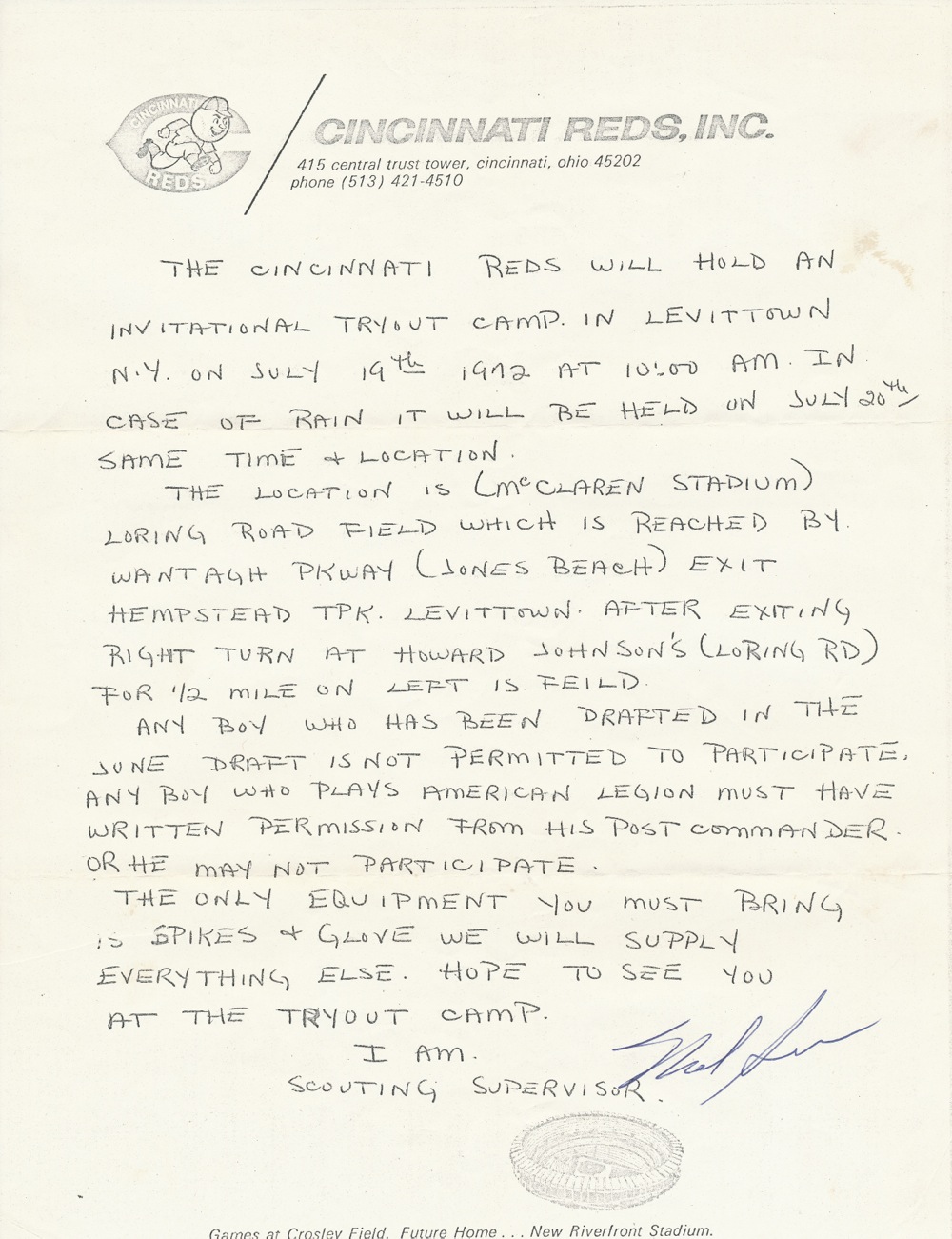 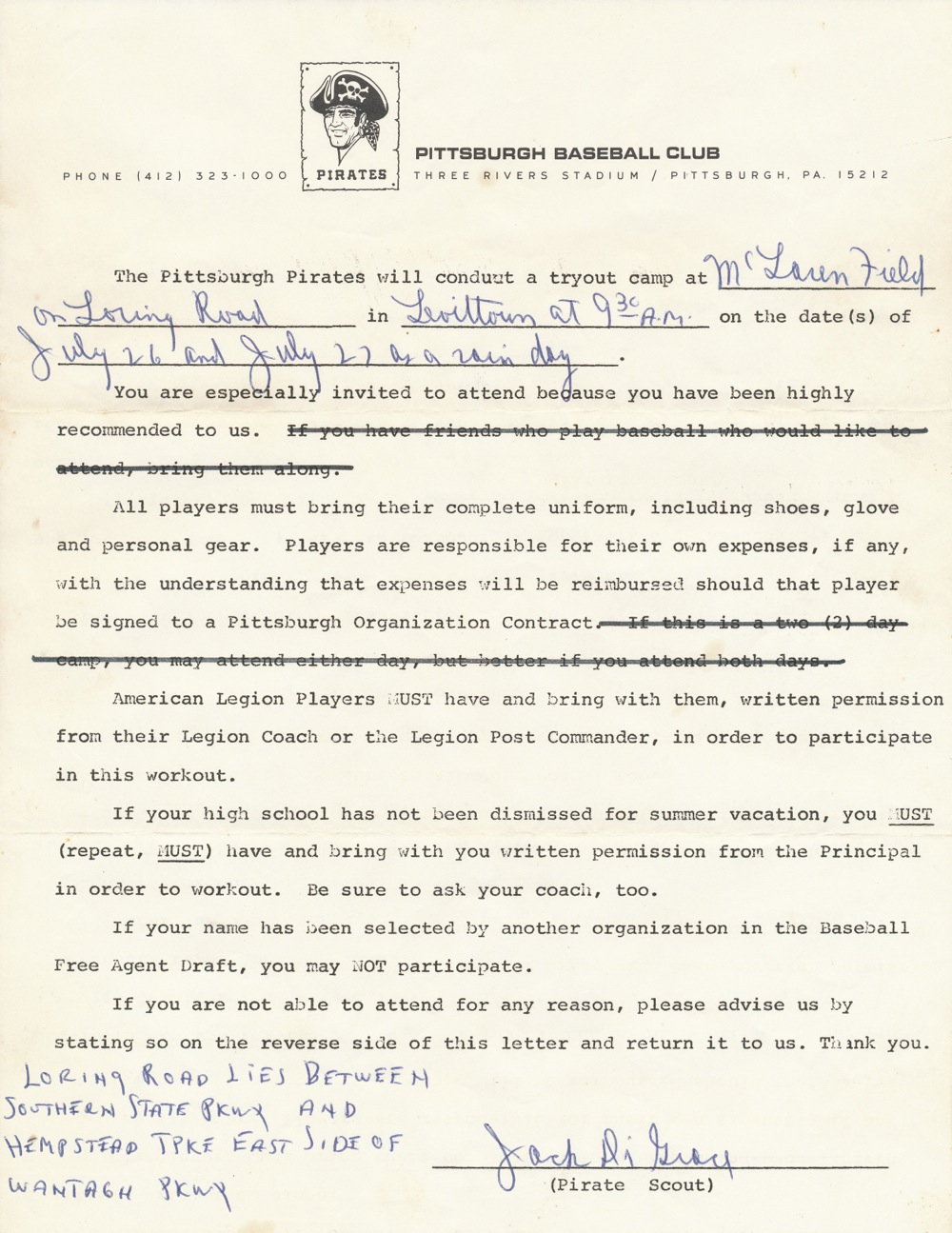 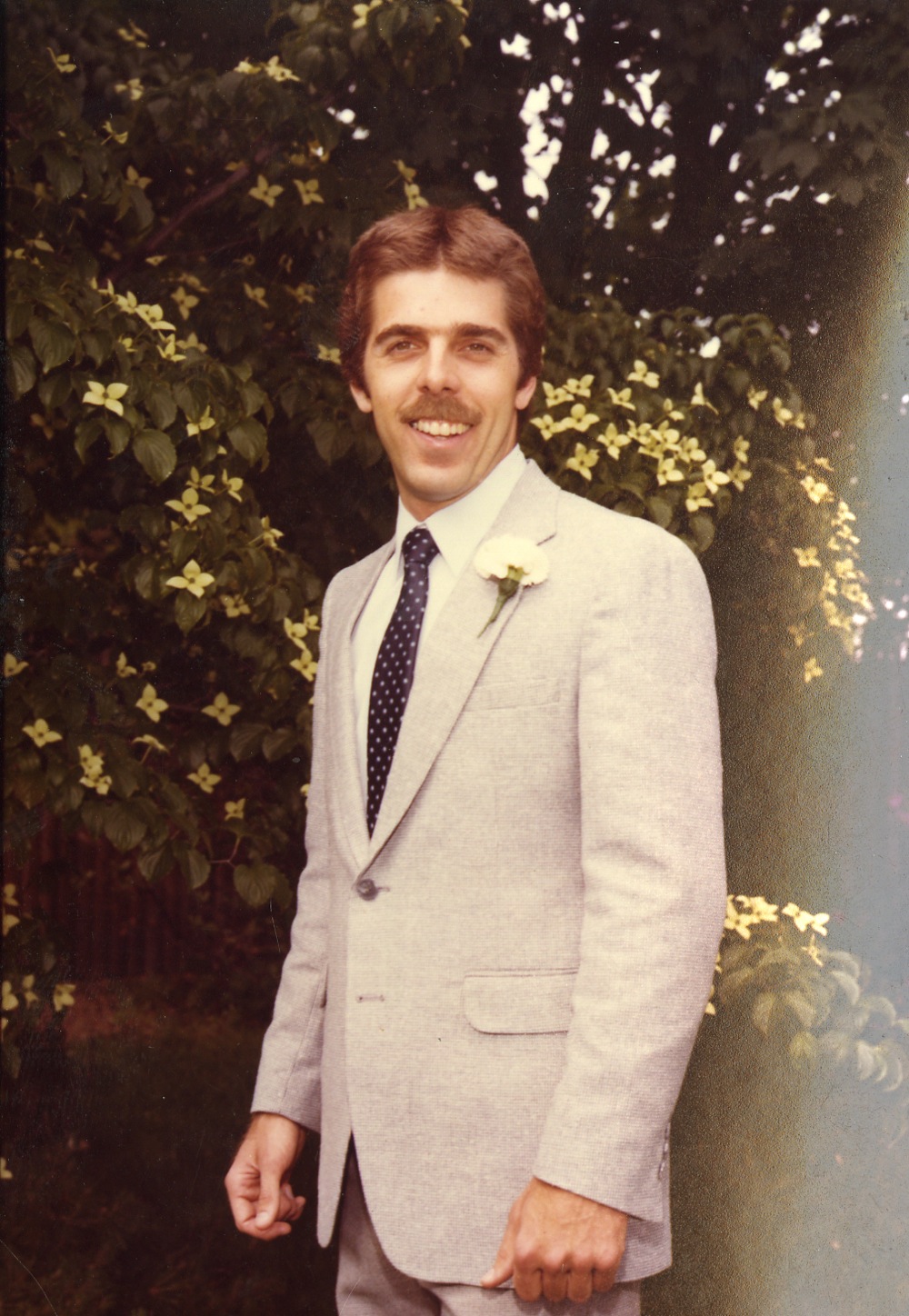 Greg in a suit 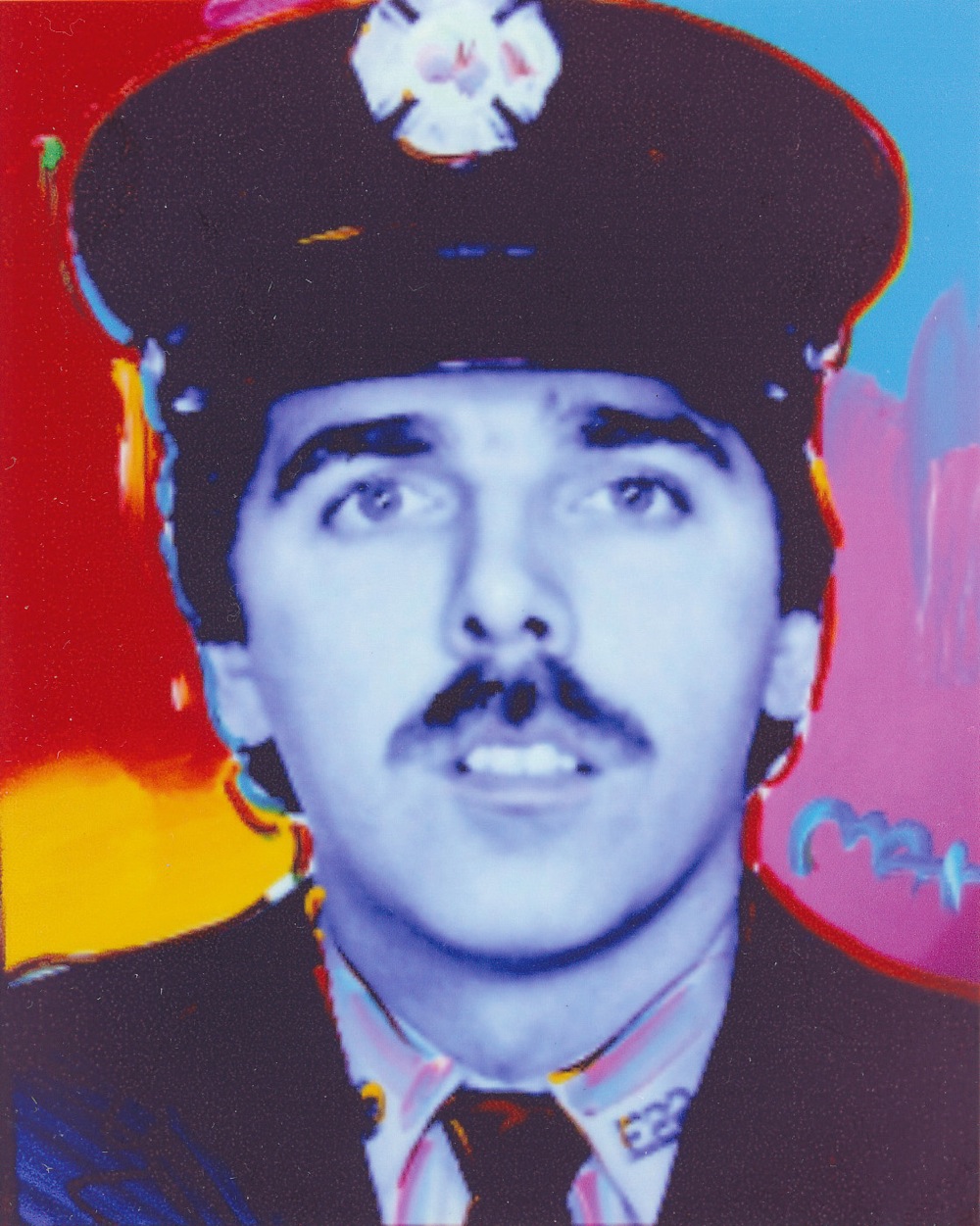 Picture of Greg in firefighting uniform

Greg with his parents 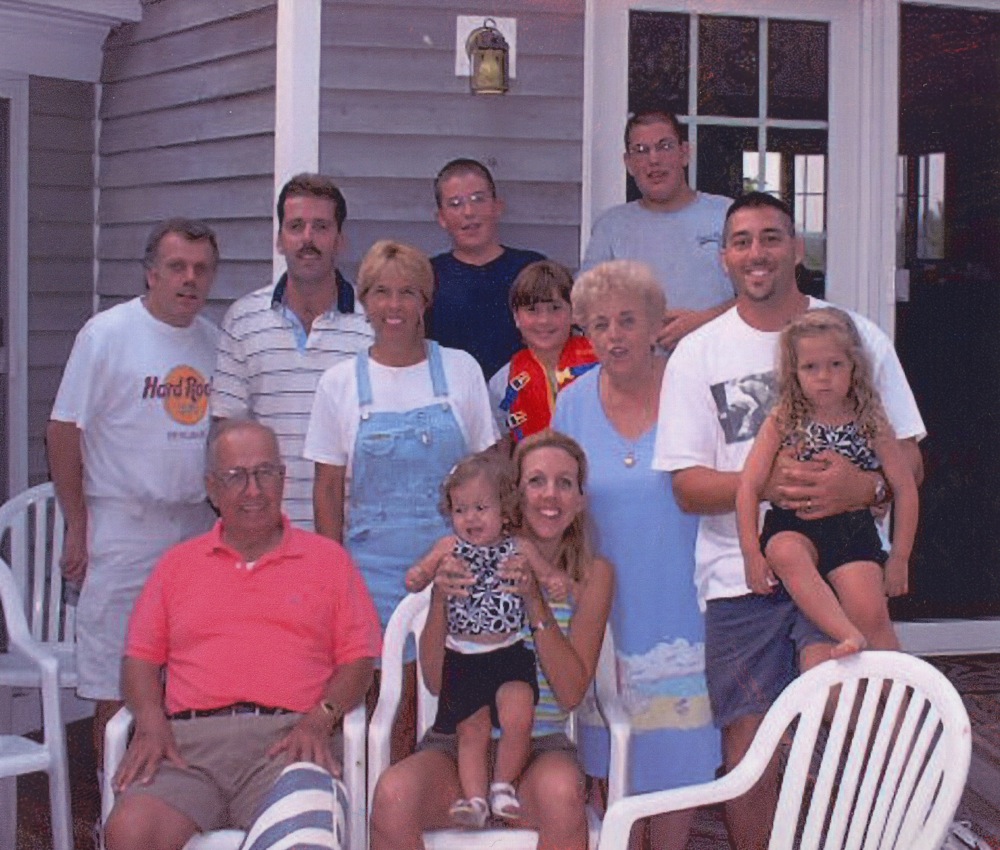 Greg with his extended family 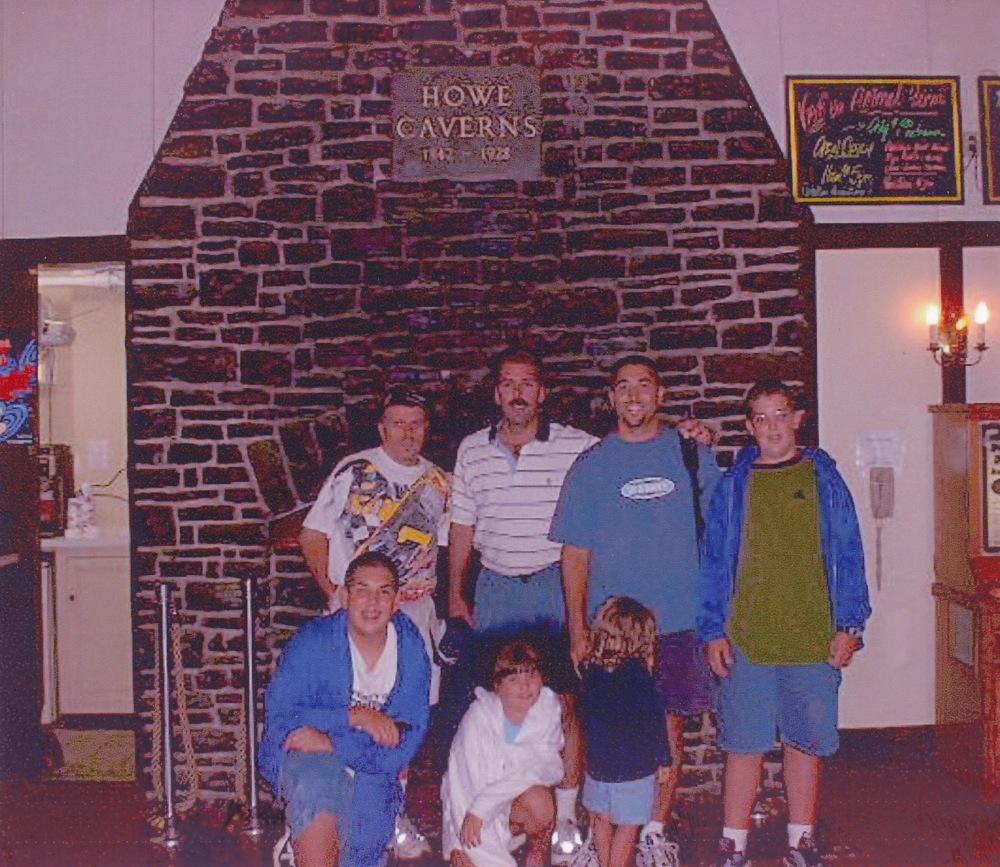 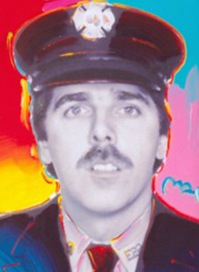 In many ways, Greg was a paradox. He was intense. A quiet intellectual. Yet “Bro” – as he was known around the firehouse – could be the life of the party.

He was a man’s man. A guy’s guy. But he also kept a prized butterfly collection. And tool a great deal of pride in what he even admitted was his “great” hair.

Greg was a health nut. When he wasn’t at the firehouse, he could usually be found working out or bicycling in Long Beach. But not a half hour after eating a perfectly balanced meal he’d be digging into a carton of ice cream.

He managed his finances to the penny. But how many of us knew of his extreme generosity and his monthly donation to many of his favorite charities?

And he liked to share that generosity. Once, after visiting his mother and father in Florida, he brought back a big bag of seashells. Rather than keeping them somewhere in his condo, he took the shells out to the beach outside his house and spread them in the sand. Greg then sat back and watched and smiled as other beachgoers and young children came upon the exotic shells and scooped them up, delighted.

Most of us knew Greg was a gifted artist. And of course that was he was a champion athlete. He was scouted by professionals from major league baseball and the perfect game he pitched in 1973 is part of Kings Park School District history.

He also held a pilot’s license. And he was a trivia expert. And he did the best John Wayne impression you could ever hear.

One of the most profound moment’s in Greg’s life was also on we’ve been coming back to over and over since his death.

When Greg was attending CW Post College, he worked part-time as baseball umpire, both to work his way through school and to feed his love to the game. During one intense game, he was struck with a bat in the throat. He narrowly escaped death that day, but he never complained. He would always remind you that no matter what happened, he was doing what he loved.

We weren’t so fortunate on September 11. There was no narrow escape. But once again, Greg was doing what he loved… serving the City of New York as a firefighter.

We know countless others share our pain. If nothing else suffices, be assured of this – that a large and loving family, brought together as one, is a powerful force for healing. And the names of all those lost are inscribed in our nation’s memory. And inscribed for blessings, forever................

As a student at C. W. Post on Long Island, Gregory Stajk dreamed of becoming a major league pitcher. He went further than most, landing a couple of tryouts, but did not make a team. Instead, Mr. Stajk, 46, the nephew of a firefighter, fulfilled another boyhood ambition, and would have celebrated his 20th anniversary with the Fire Department of New York early next year.

"He used to say, `I could retire but Mom, I love my job,'"said his mother, Marge Stajk.

A bachelor, Mr. Stajk had an oceanfront condo in Long Beach, on Long Island, and often went cycling and running on the Boardwalk. He was also a trivia buff and a caricaturist. "There are not a lot of people in this world who have as many passions as my brother," said a sister, Jean Somerville.

Mr. Stajk, who was called Bro around the firehouse, always worked on holidays, his family said, so that firefighters with children could have the day off.

And unlike many single people, Mr. Stajk did not mind cooking for himself, his mother said. On Sept. 10, she could tell from a receipt lying on his kitchen counter, he made himself a beef stew. Enough for the next night's meal was in the refrigerator.