Today I ran with Mr. Kelley

Today I ran with Mr. Kelley s name on my chest during a memorial run at Lackland AFB, TX. I know nothing about this man but I want everyone to know that today he was remembered. September 11 2009 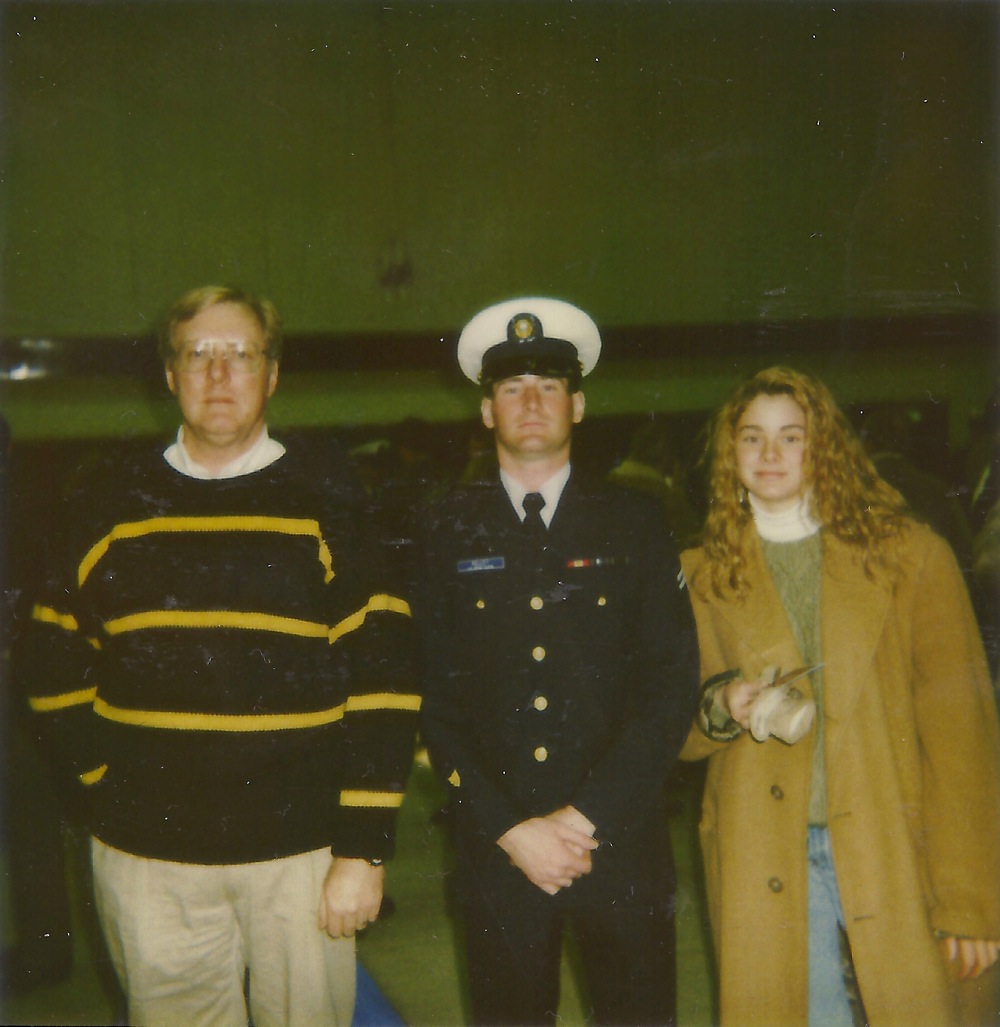 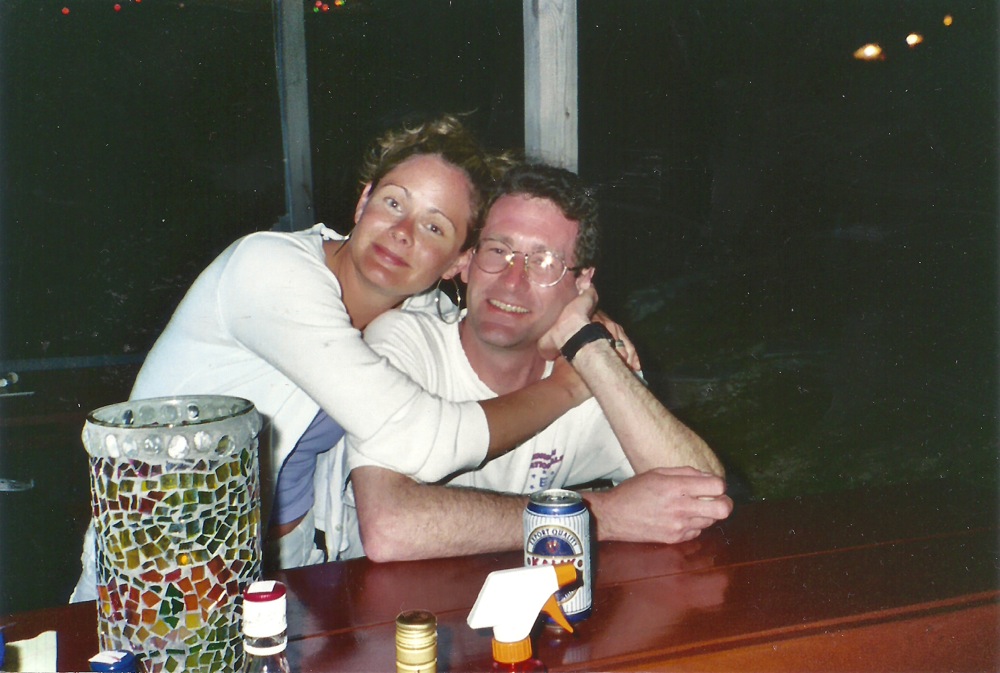 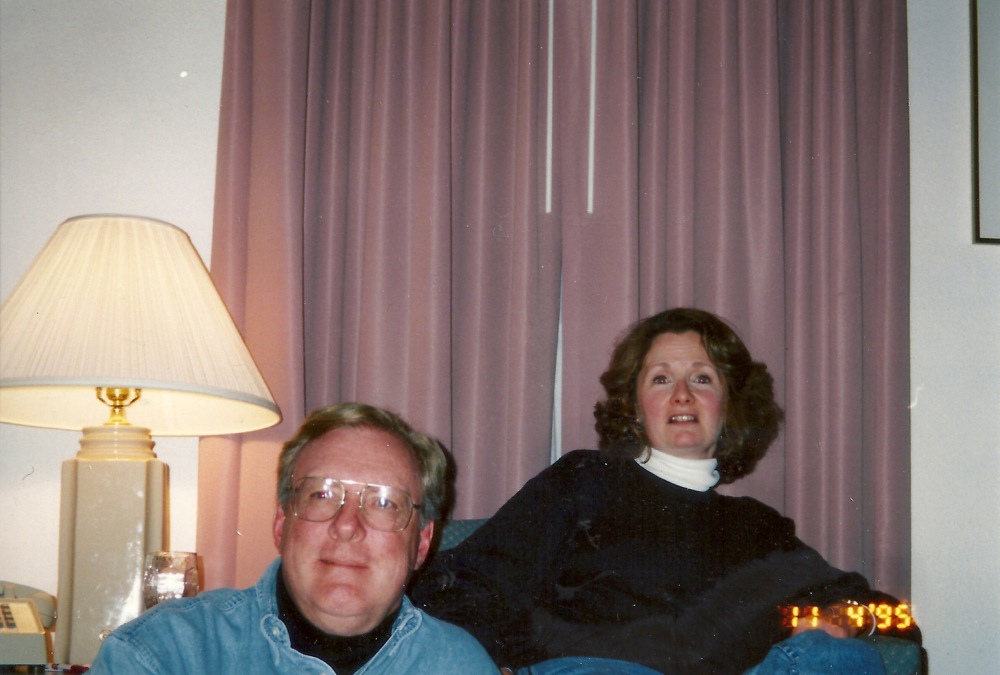 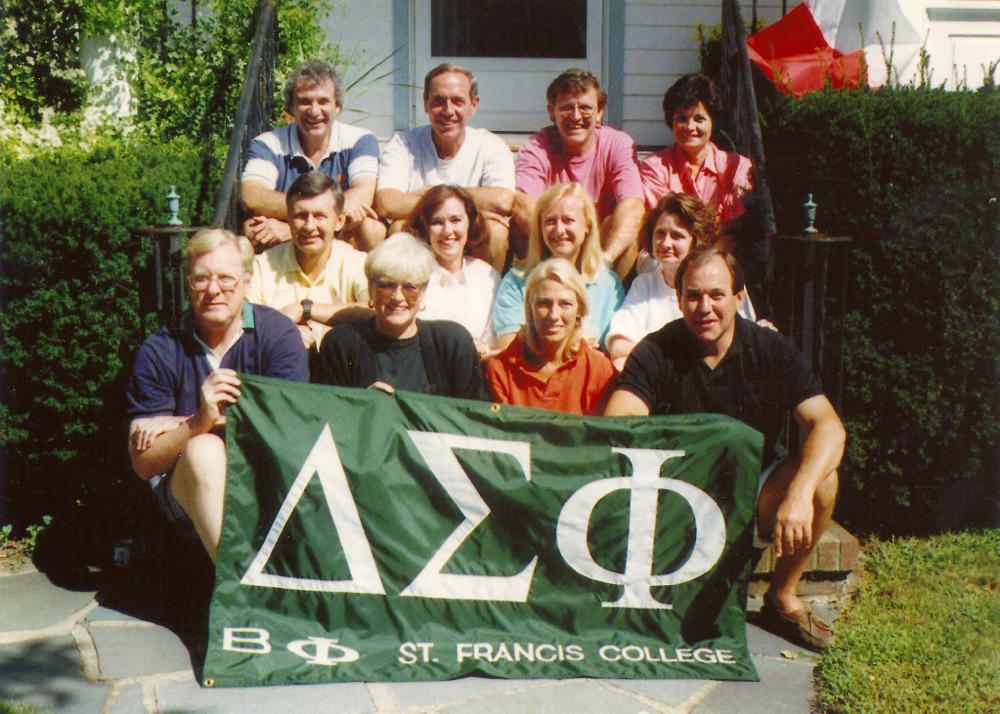 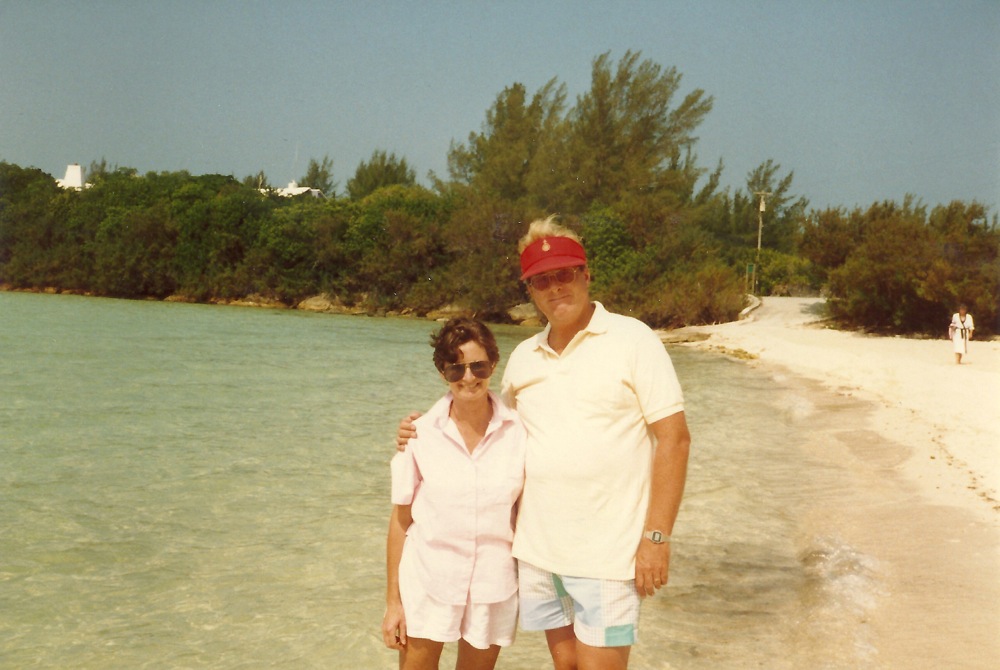 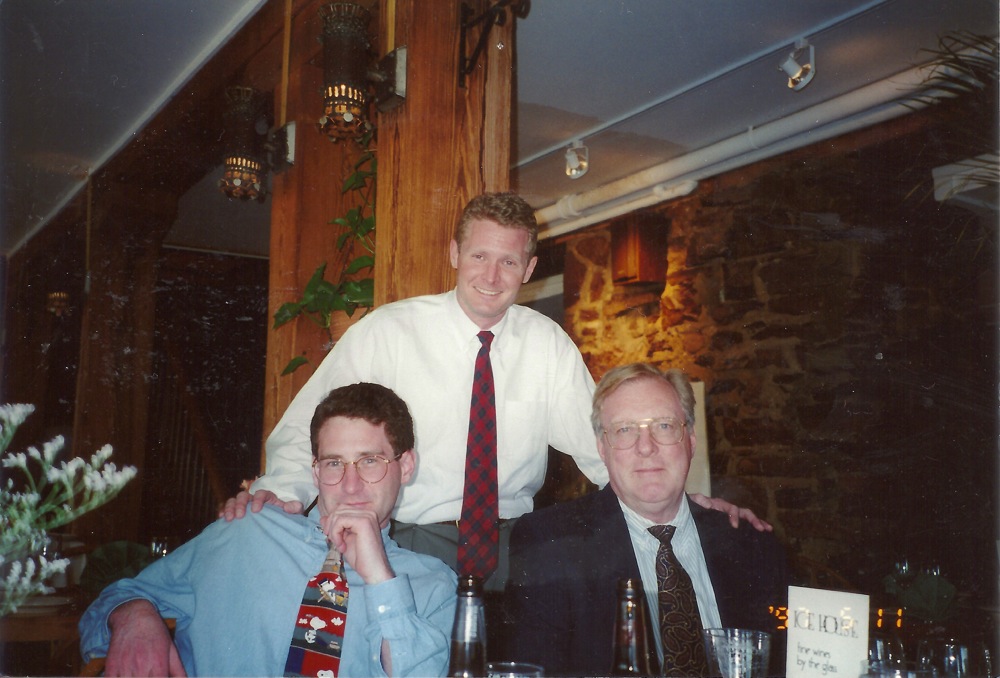 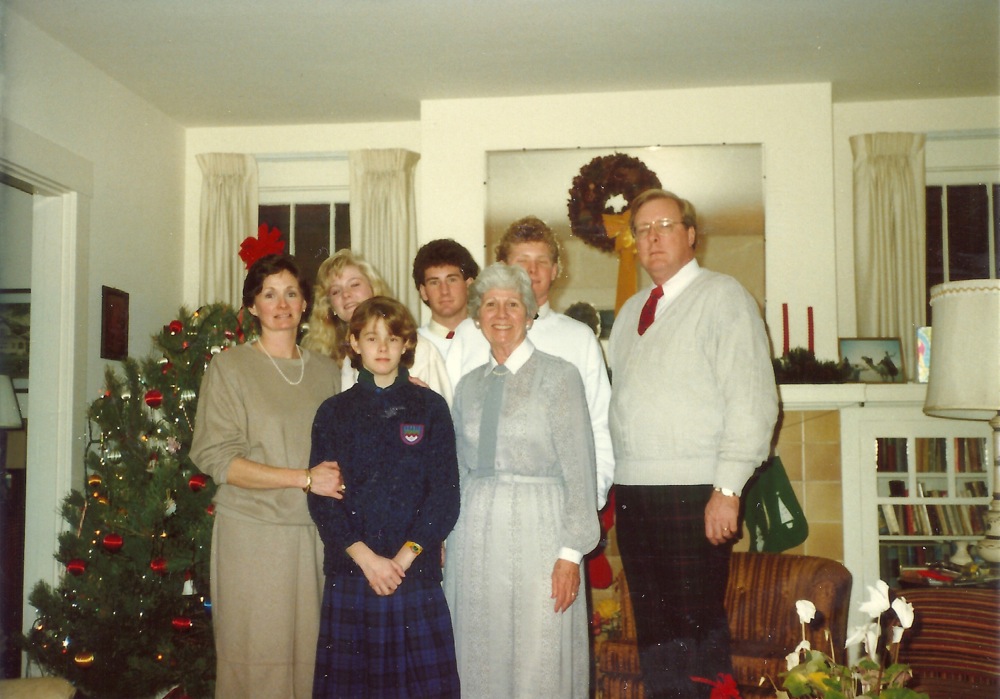 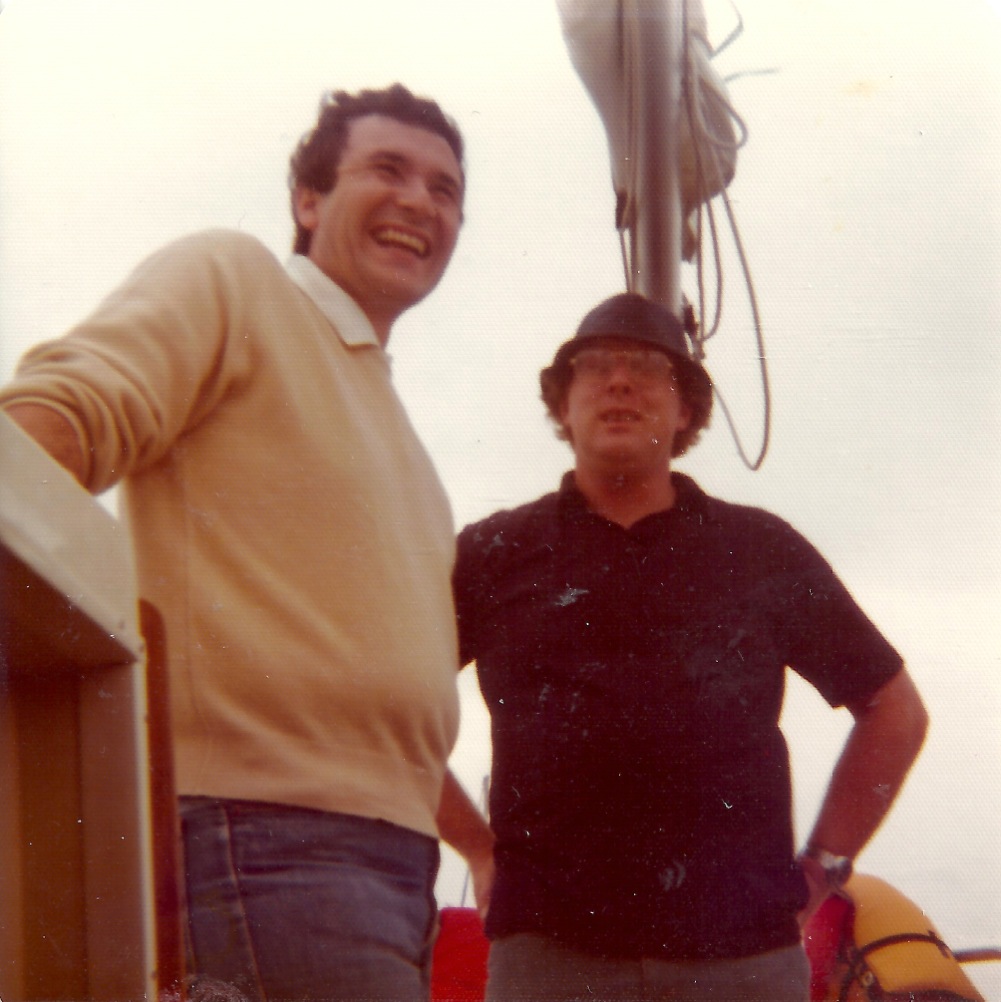 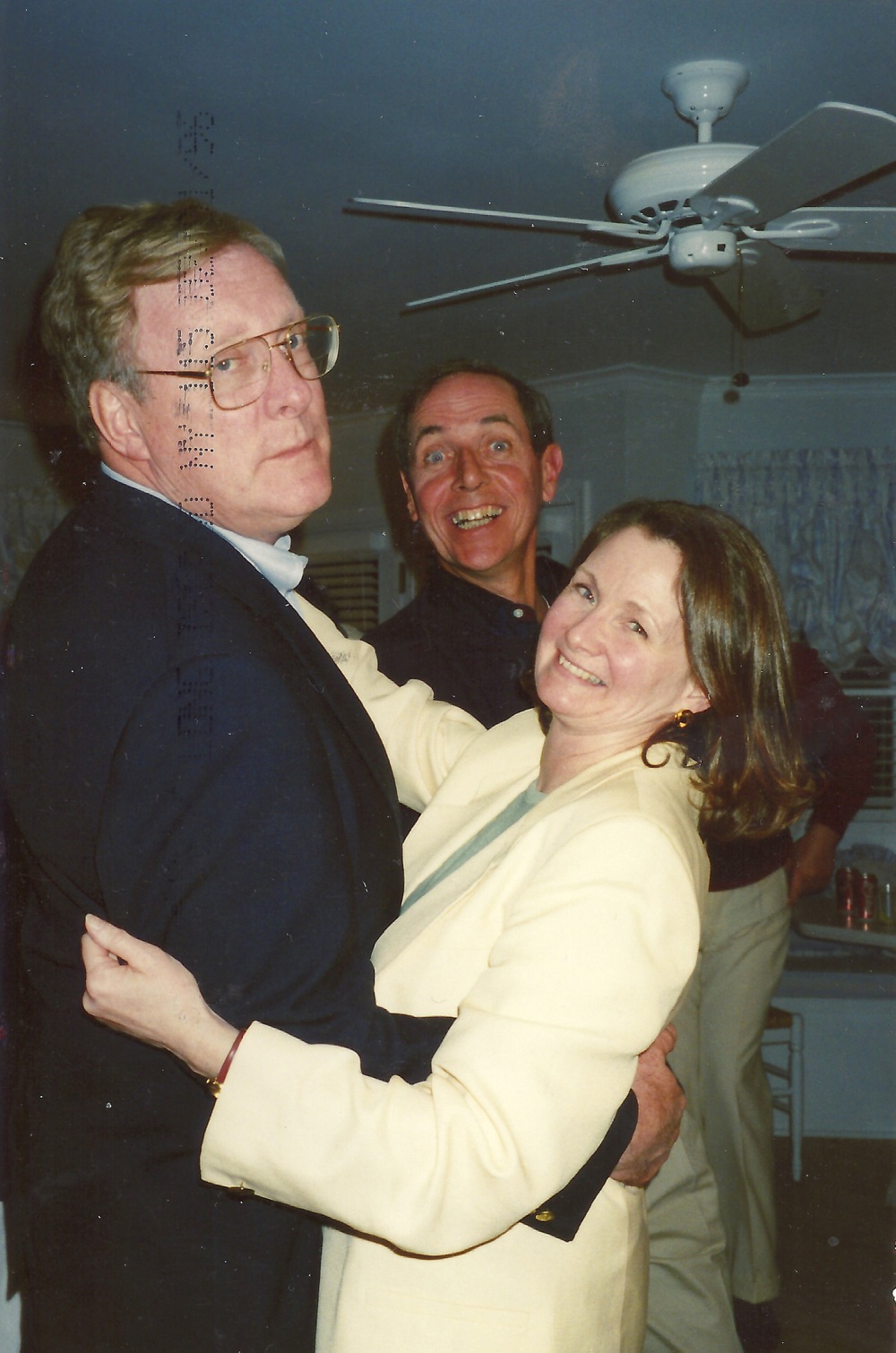 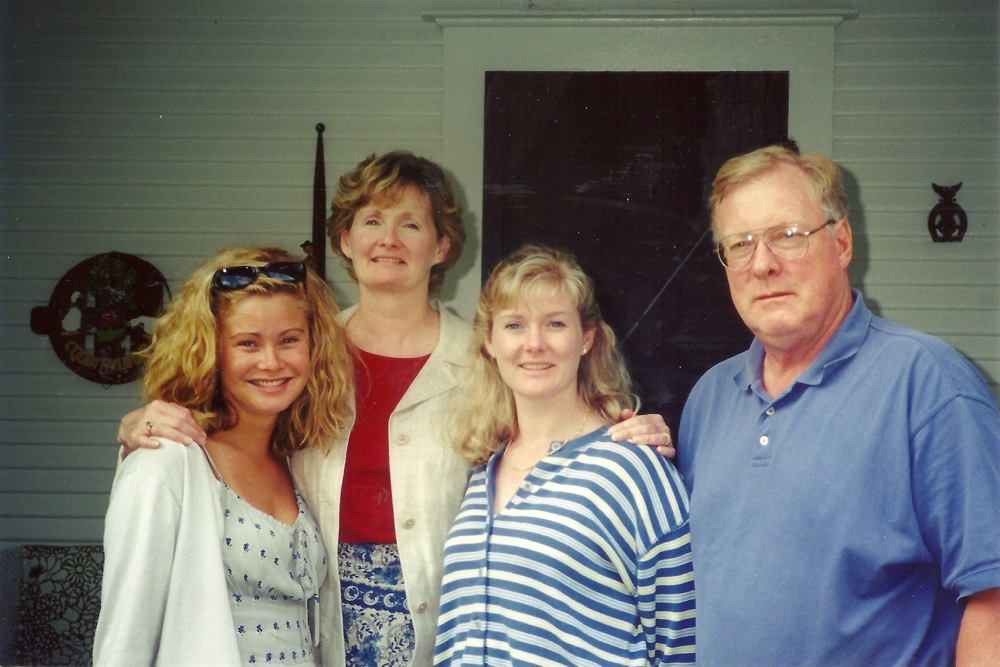 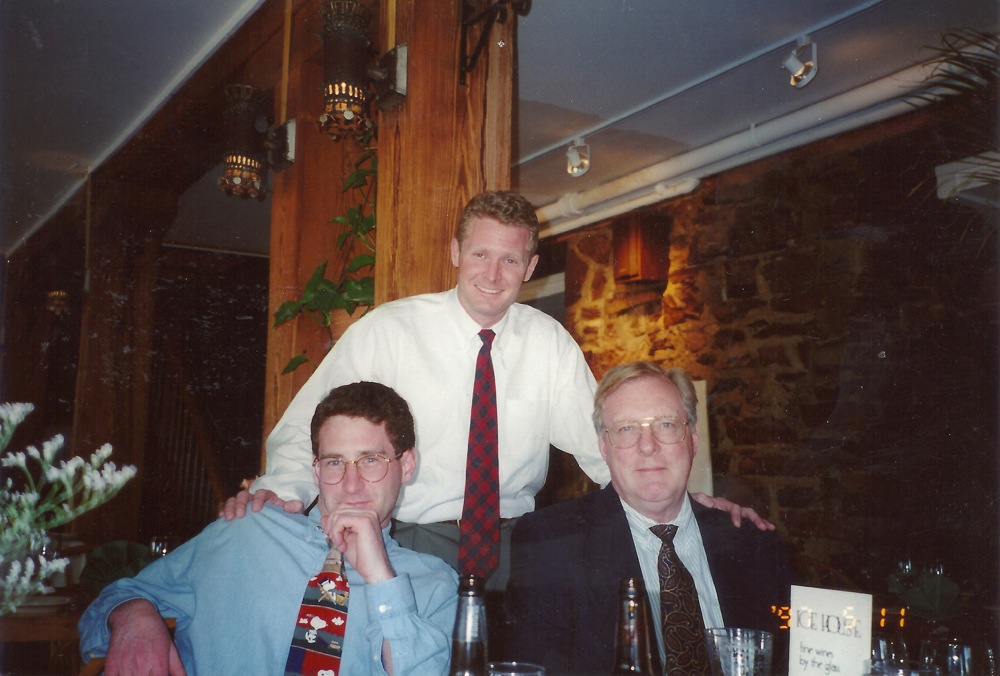 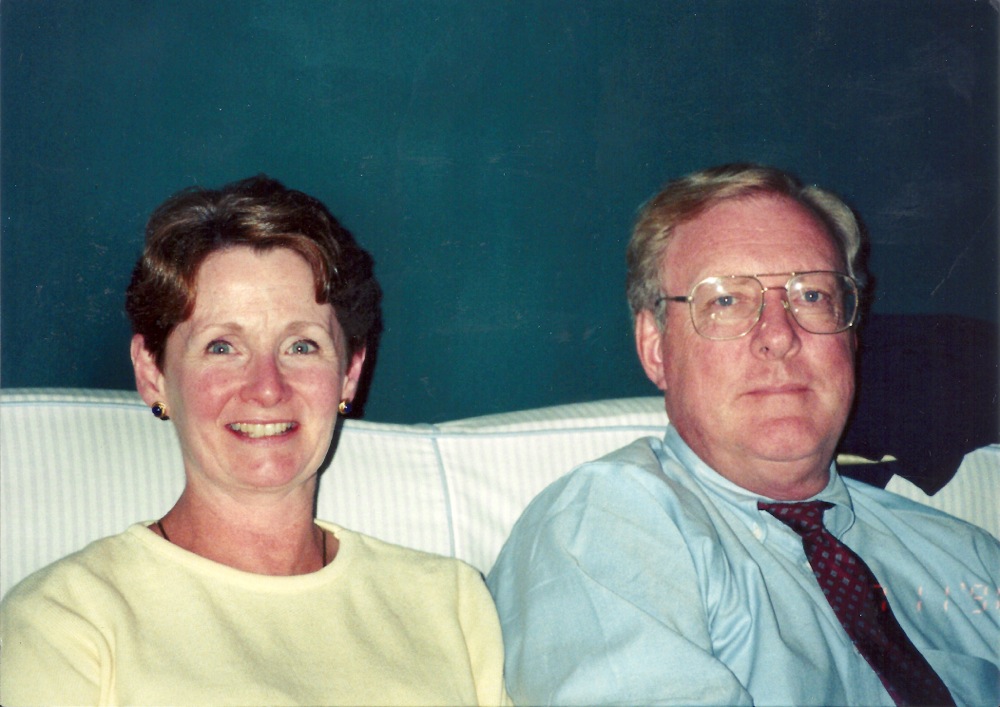 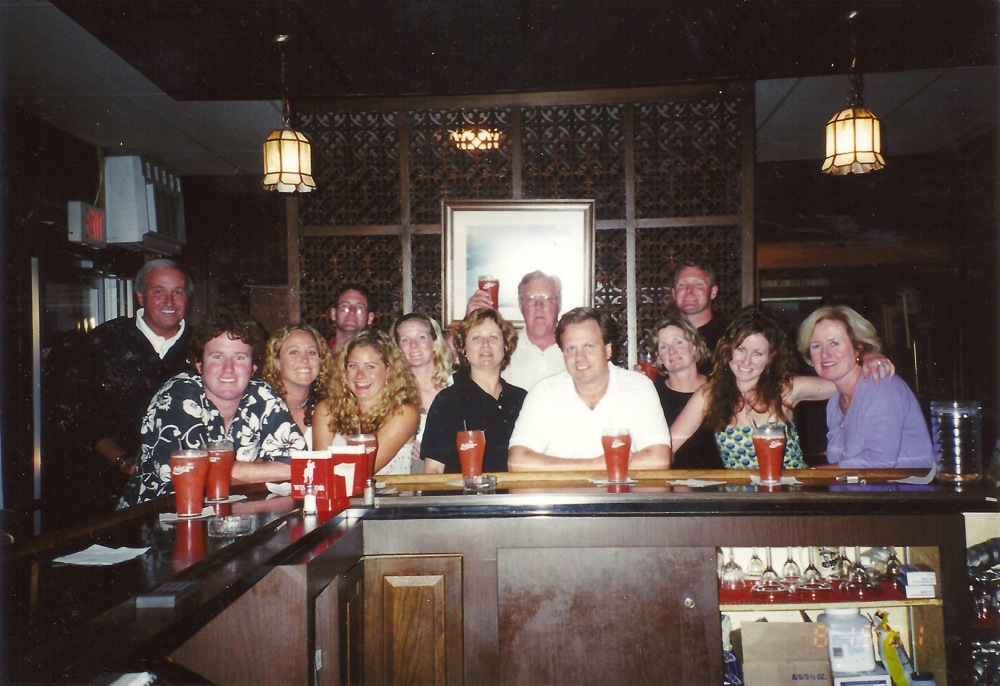 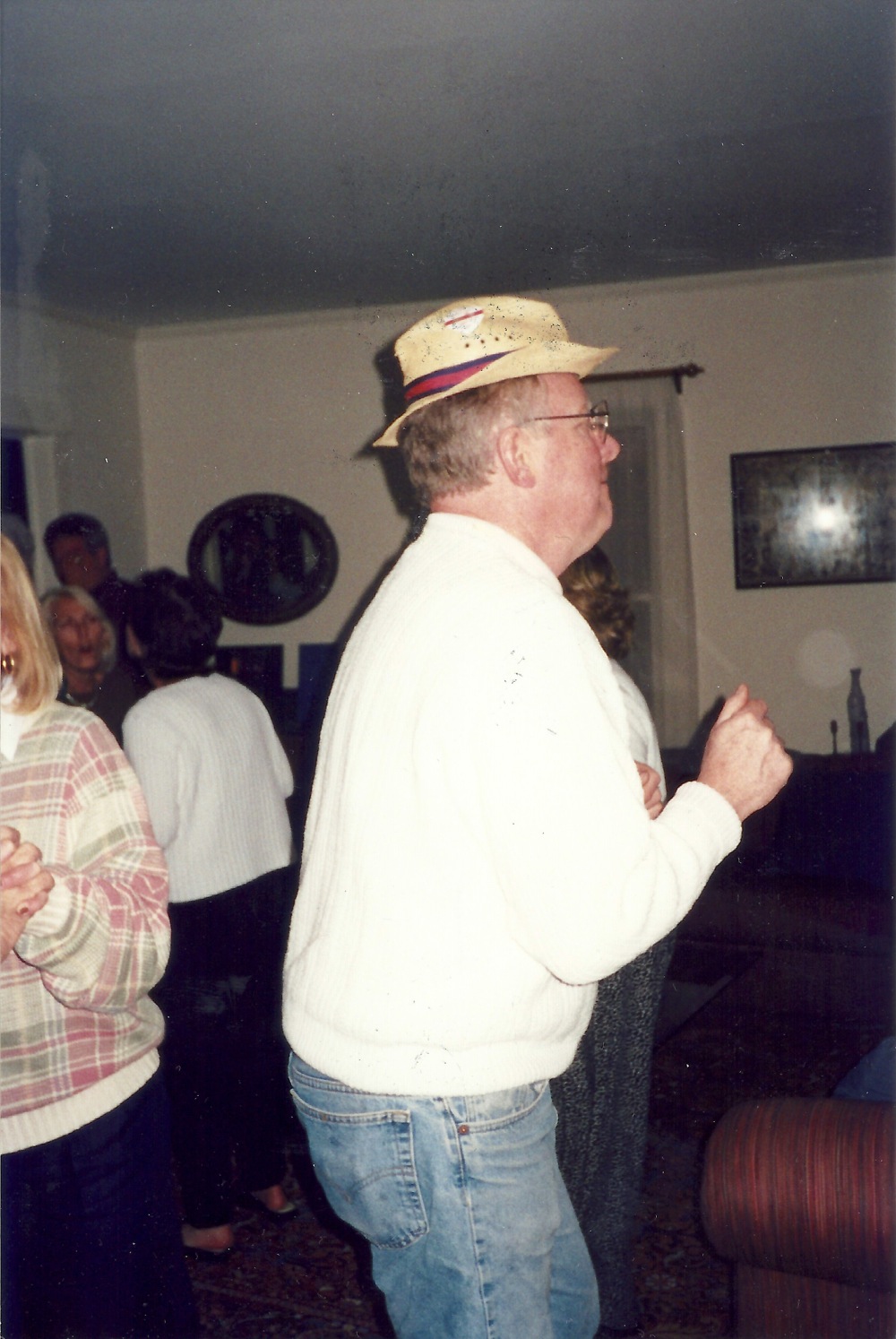 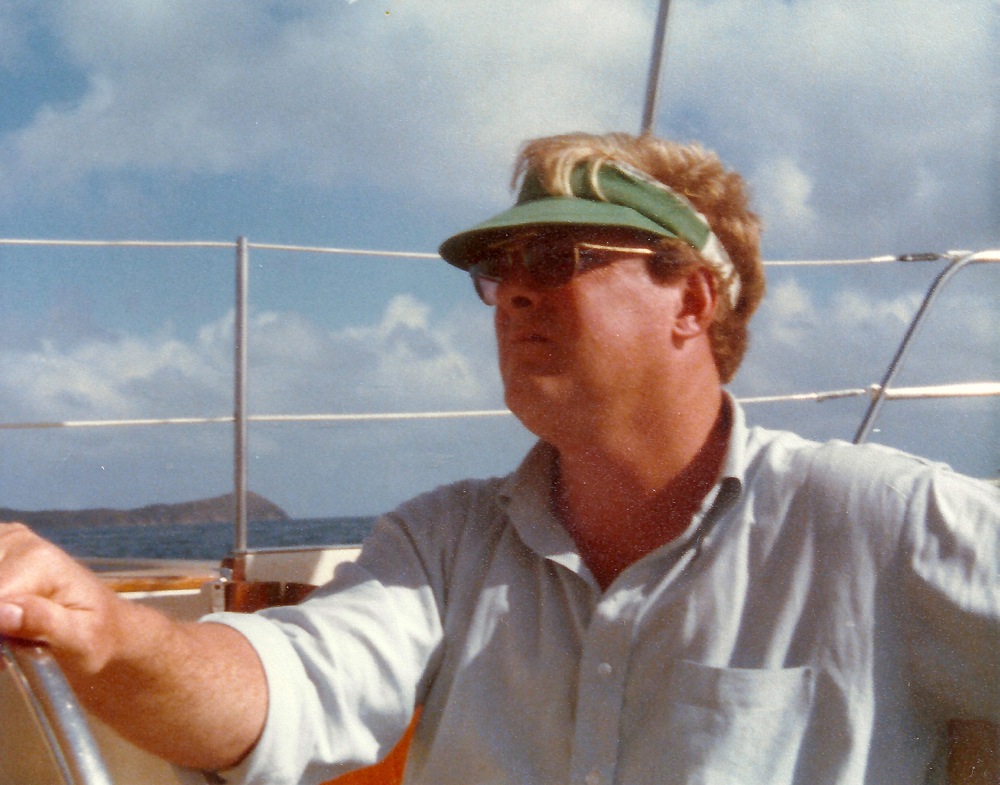 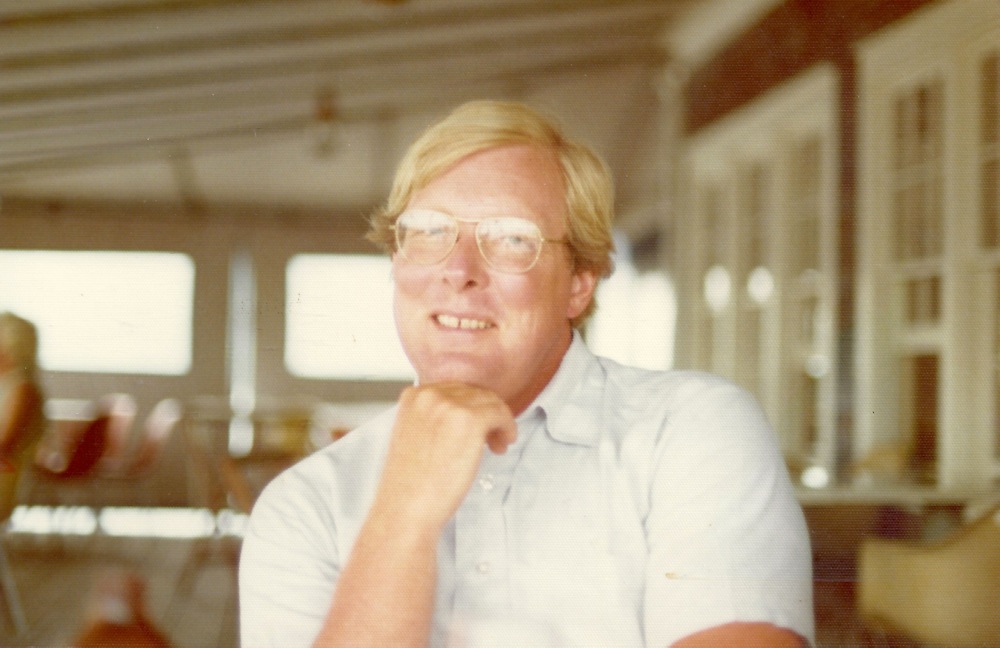 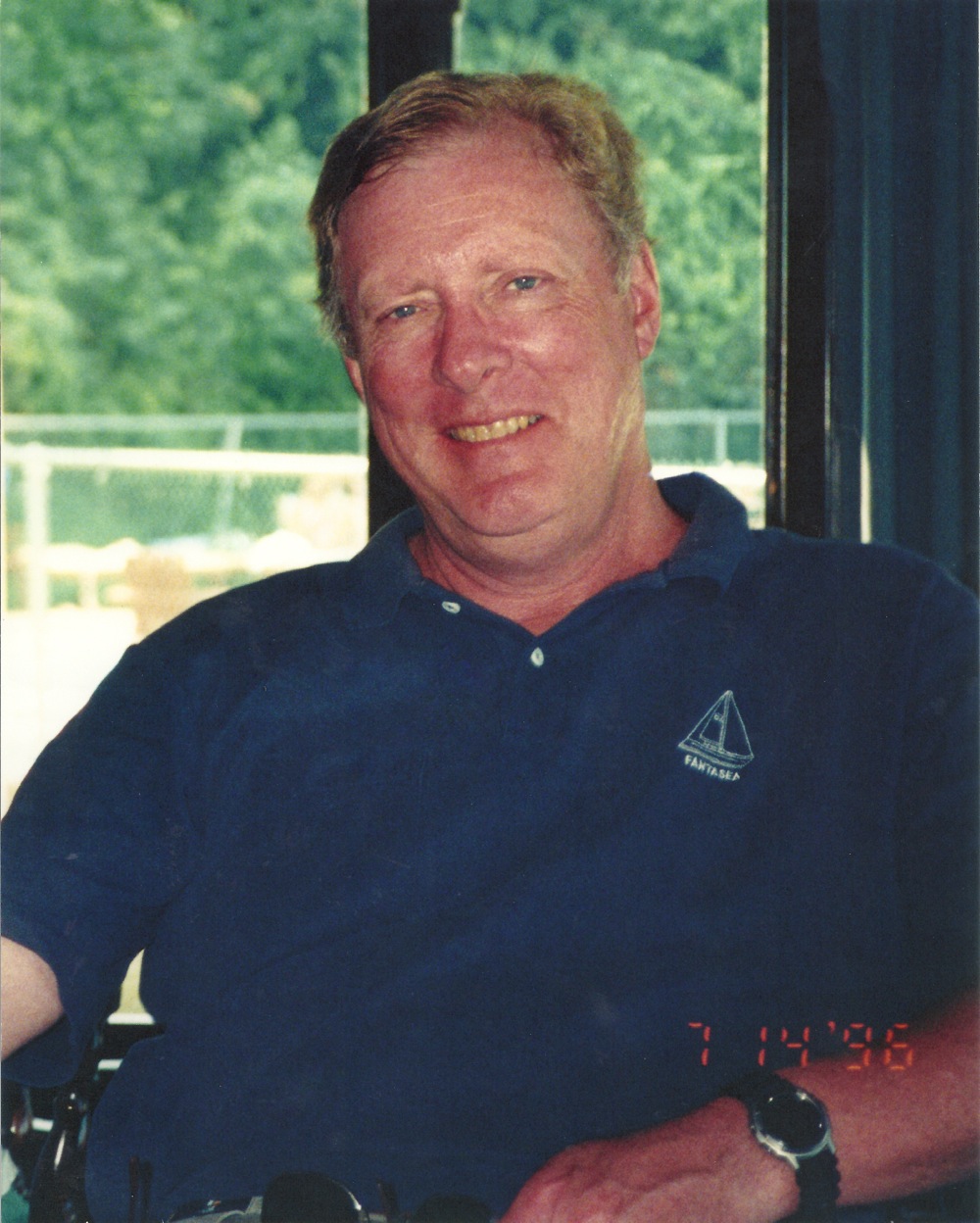 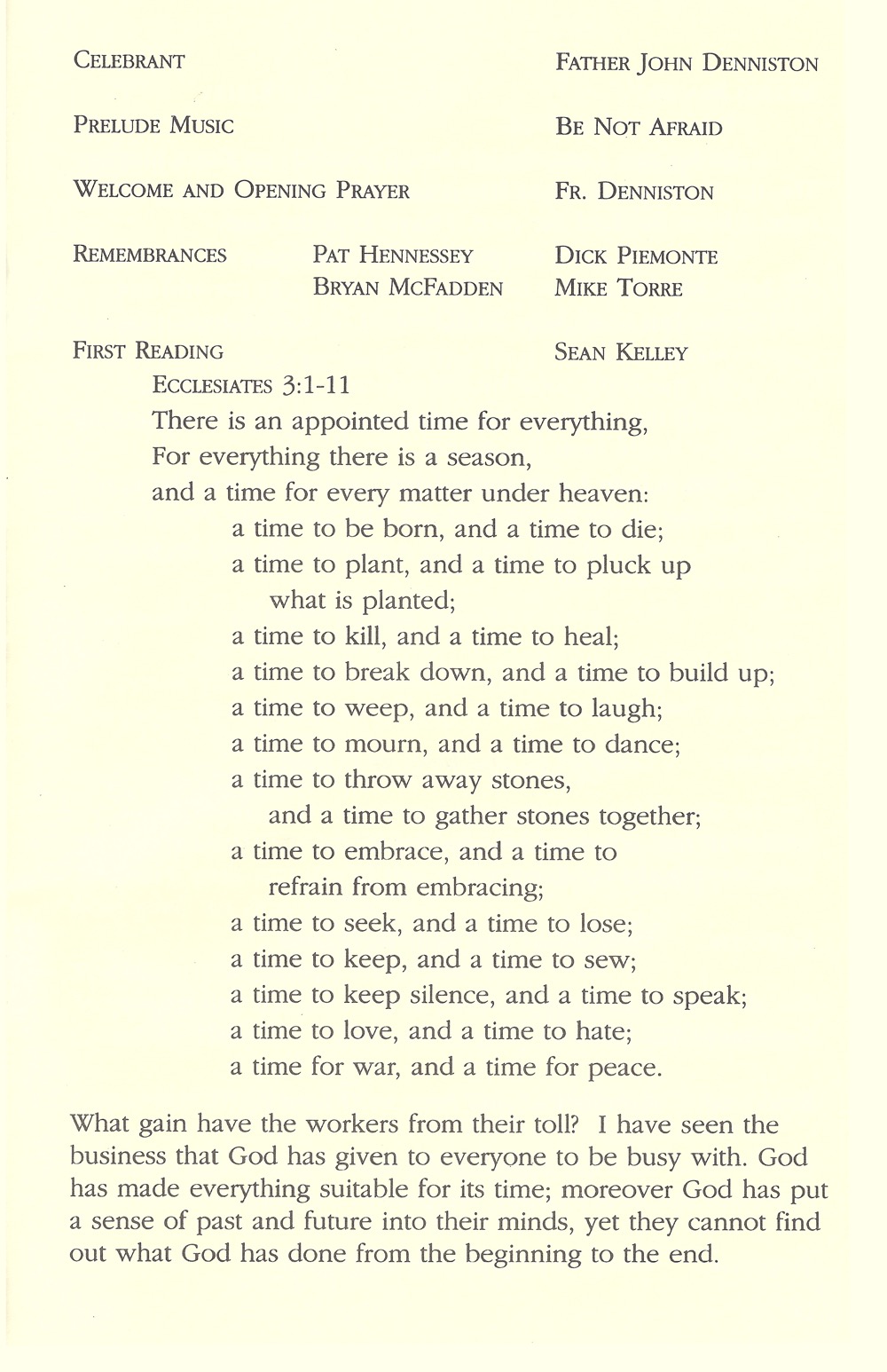 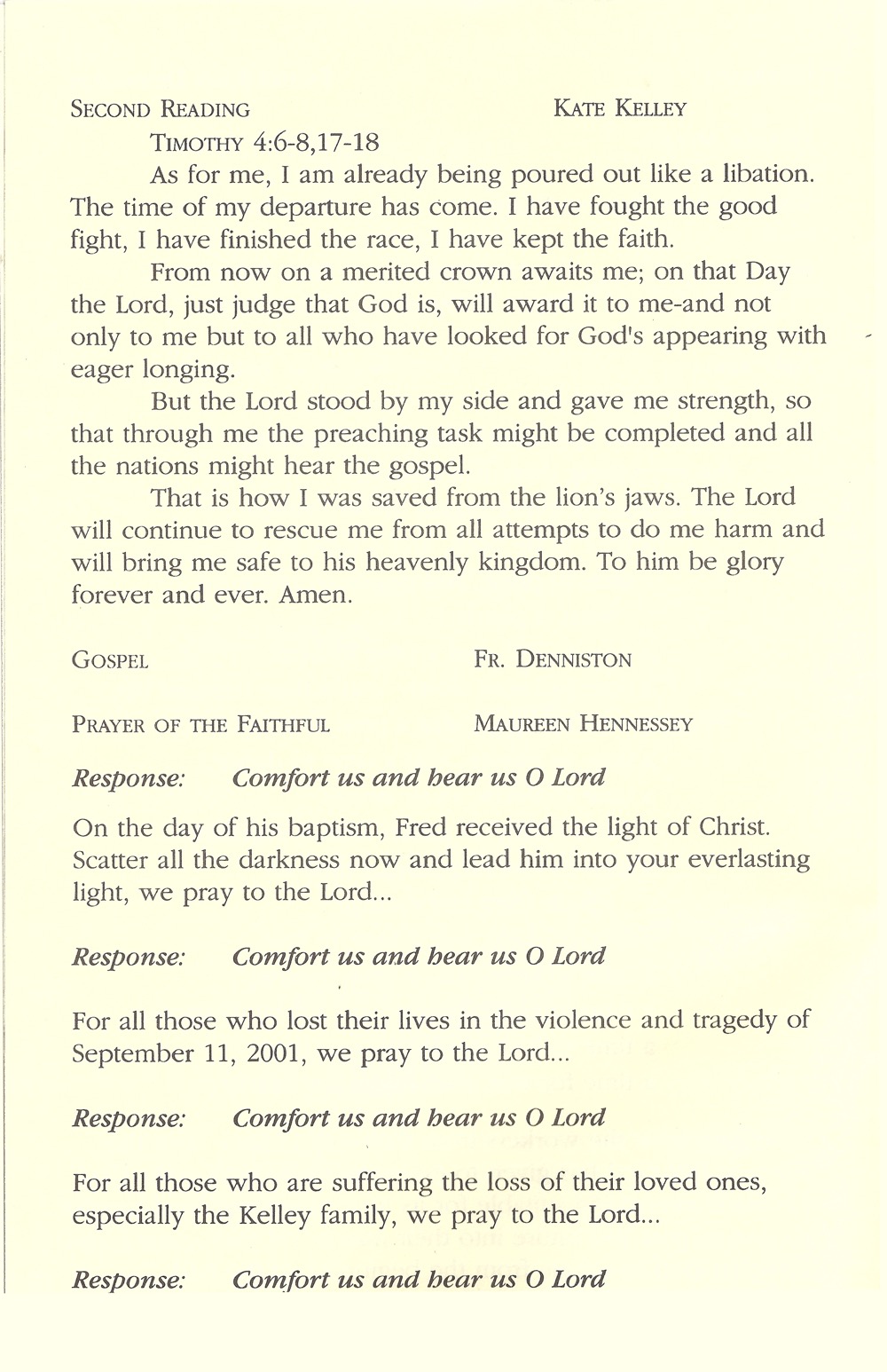 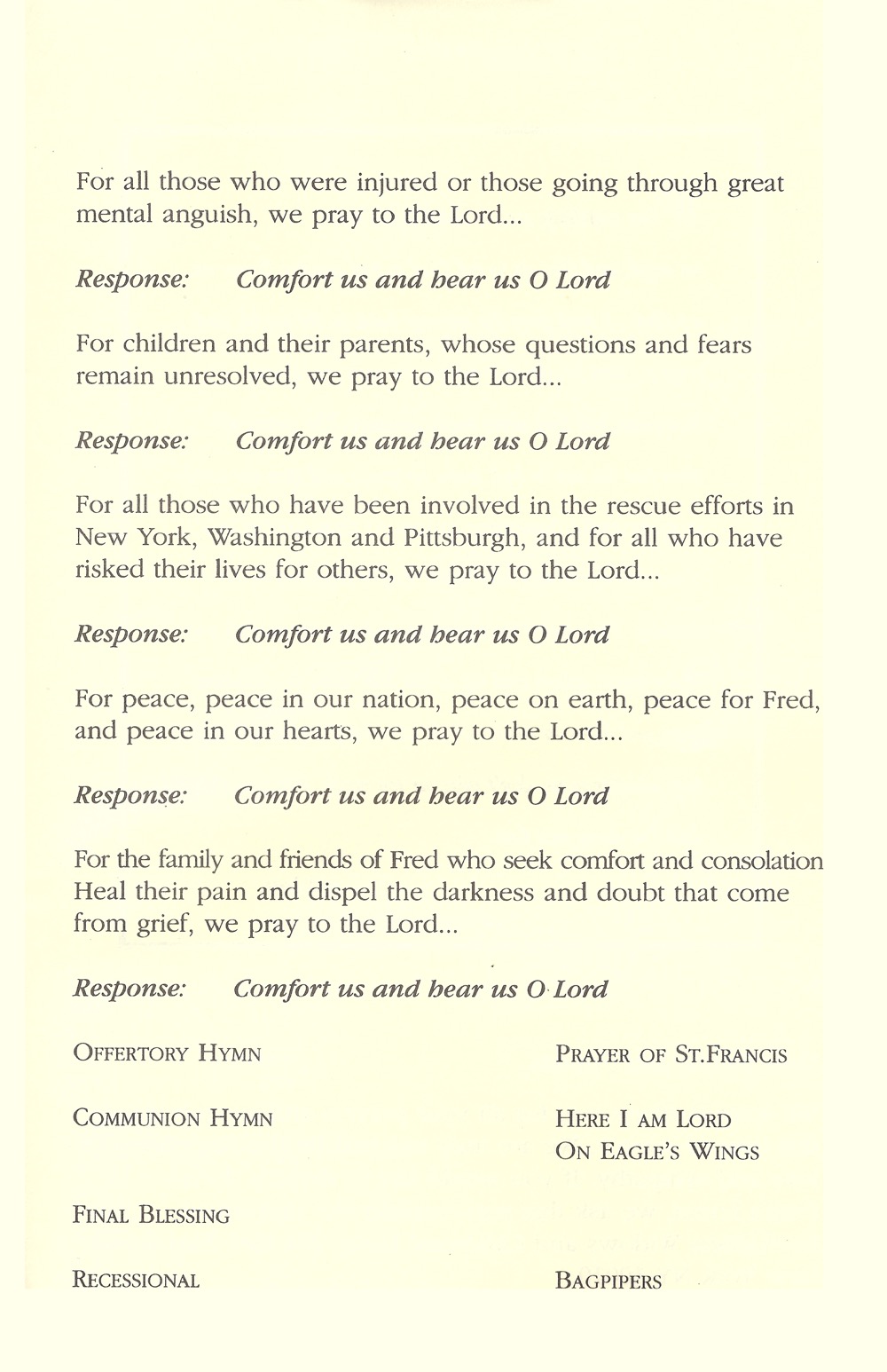 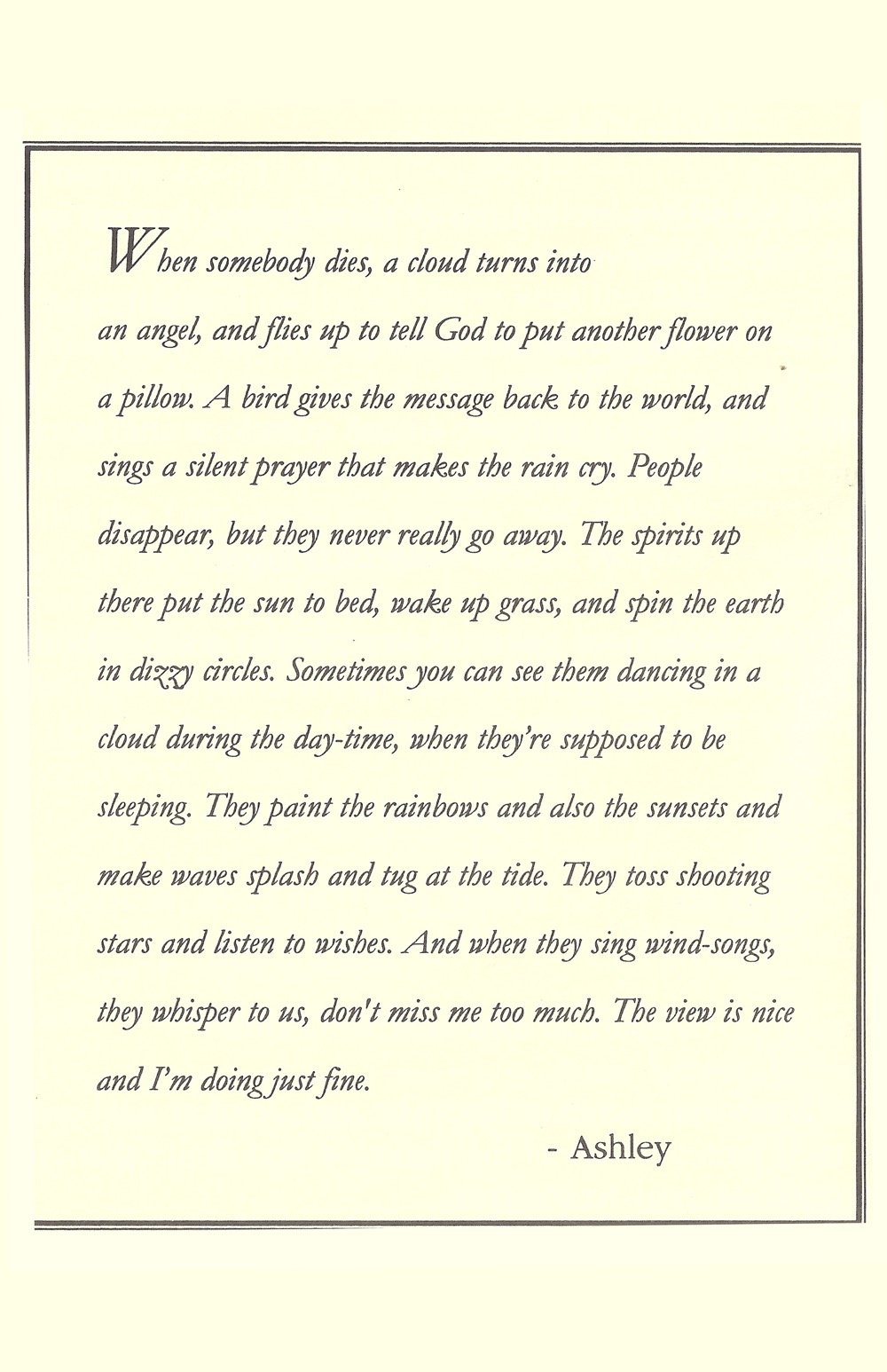 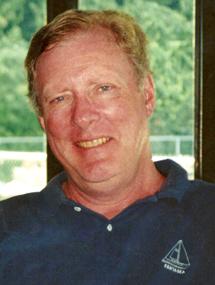 Born July 16, 1944, on Long Island, Fred Kelley attended college at Saint Francis University in Loretto, Pennsylvania. Mrs. Janet Kelley, who was raised in Pittsburgh, attended a junior college in nearby Altoona, and they were married on September 3, 1966. Mrs. Kelley graciously agreed to speak to a stranger about her husband and about how her family has coped with the loss that befell them on 9/11.

The couple made their home on Long Island from the start of their marriage. Fred Kelley was a sailing enthusiast who loved Long Island Sound and the other waters around his home. Mrs. Kelley, who continues to live on Long Island, says that Fred could not imagine living anywhere else, though the commute into the city made it not the easiest life he could have chosen. He possessed a strong work ethic; he habitually got to work early to “get a jump on everybody and know what was going on.” Mr. Kelley had worked for Cantor earlier in his career, switched to a different company, and then returned to Cantor several months before 9/11/01.

Fred was a member of the Centerport Yacht Club and owned many boats over the years. He sailed and raced frequently, sometimes with his children, mostly in day races in the waters around Long Island. They often won; Mrs. Kelley has many of their trophies. His last boat was a Seidelmann 37, and it was sold to a family friend with whom Fred often raced and whose daughter will marry Sean Kelley in December, 2006. Kate Kelley is engaged to be married in July, 2007. Mrs. Kelley described their family excursions. “Every summer we’d take the boat for two weeks … Long Island Sound leads out to Block Island, Martha’s Vineyard … it was always fun. The kids loved it. And he loved it.” Mr. Kelley also golfed, but his pride and joy in life was his family.

Mrs. Kelley remembers her husband as an emotional man with great empathy. What might he have said to friends grieving a loss such as the Kelleys’? “He would have been the type that was crying with them … there’s not much you can say.” And her family deals with their loss the way they know Mr. Kelley would have–privately. “I have never gone to any of these ceremonies that they’ve had. I don’t know if that’s good or bad, but my children and I don’t go. We know for sure that Fred wouldn’t go, and I guess we know that we don’t have to make ourselves go. And we’re pretty close as a family unit, so I think we feel that that’s the best–comfort each other.” Though their loss is profound, Mrs. Kelley says, “I think we’ve managed to move on. Maybe it’s made us stronger people. Maybe it tells you what’s more important in life than what you may have thought earlier, before this happened.”

Religion was important to Fred Kelley, a Catholic. “I can honestly say, I think, as he got older, it became more important to him. I guess that’s not unusual.” She says, regarding her children, “Hopefully he’s guiding them. He was a lot less intense than I … he was a more happy-go-lucky person, you know. The kids would go to him to talk about troubles more than me, because they knew I took it so seriously. So I’m sure they’re missing that a lot. And they’re stuck with me … I have wonderful children. They have been so supportive and wonderful; it’s been a great reward.” One ceremony that the family does attend is the mass held on Septemer 11 in their parish, Church of St. Patrick. “For many years, you don’t take it in. You just take it day by day. It’s a shock that I think your brain just can’t take in, and maybe still hasn’t, really.” Is the public’s response appropriate, given that most of us cannot know what the families went through? “I don’t think anybody who hasn’t gone through it would understand. You know, it’s just too unbelievable that it ever happened. And I think this is a very hard time of the year, of course. Very hard. But again, I get through it with my family. And I have very close friends that have been wonderful, truly wonderful, so I’m grateful for that too … that’s the only way I get through it, is family and friends.”

Mr. and Mrs. Kelley had just celebrated their 35th wedding anniversary on September 3, 2001. They went into the city, stayed at a hotel, saw a play. The photo above was taken at the wedding of his daughter Kristen. “It’s rare for him to be in a tuxedo. It’s the funniest thing that that’s the one they used.” What would Mrs. Kelley like people to know about her husband? “Nothing, other than that he was a wonderful husband and father, and we miss him.”