In Remembrance
In Memory 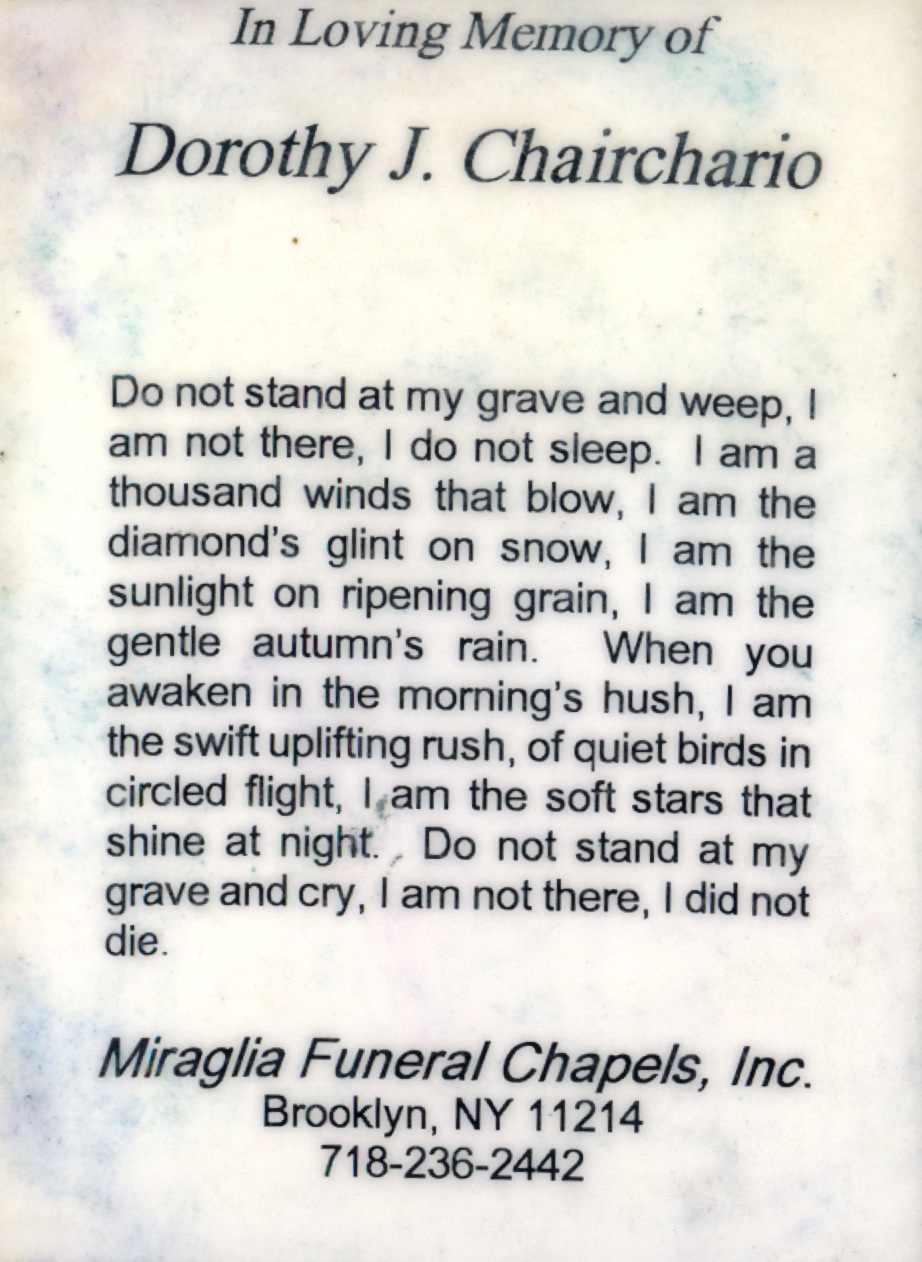 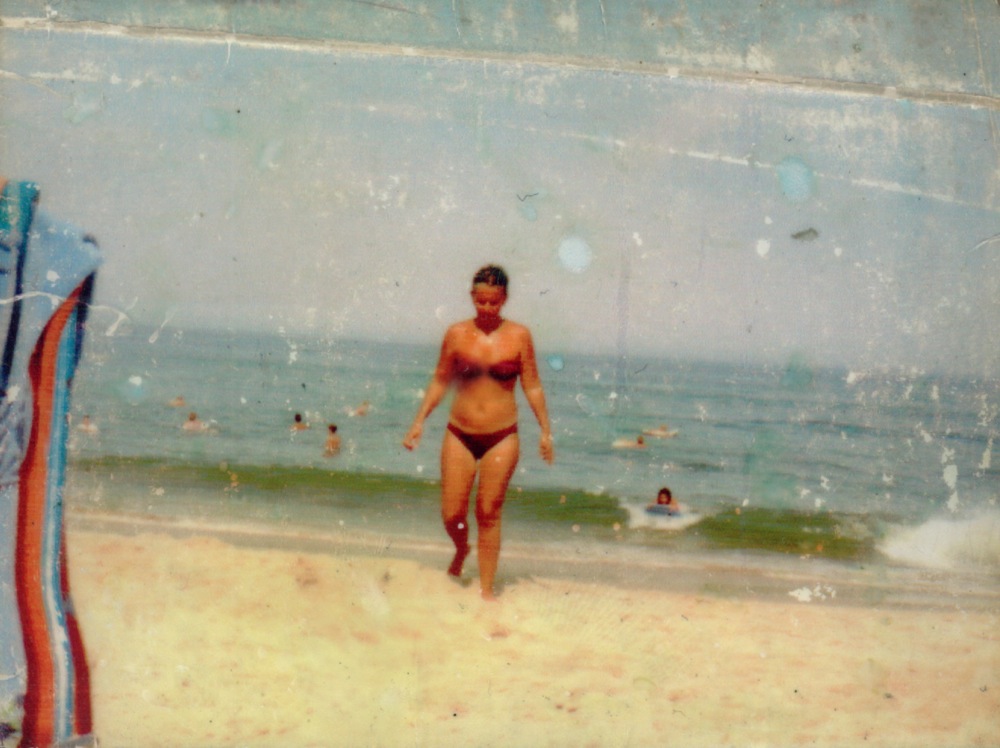 Dorothy Chiarchiaro with her husband at their wedding 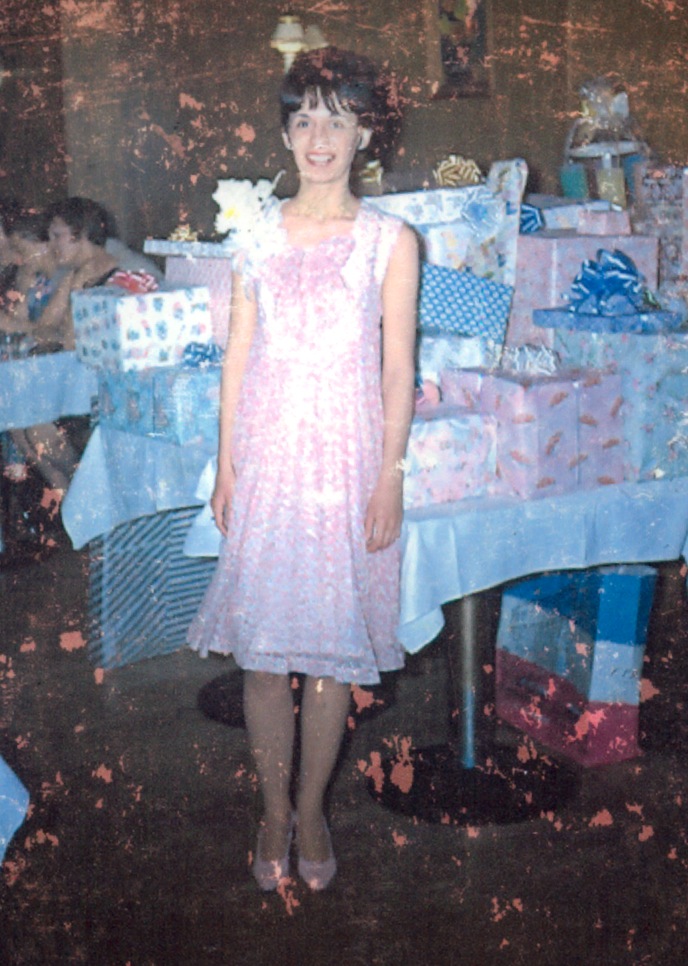 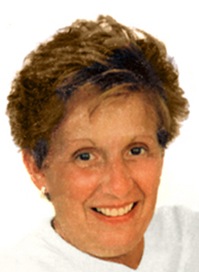 Dorothy Chiarchiaro grew up in Brooklyn, N.Y. A date on a street called Love Lane led to 37 years with her husband, Nicholas. They lived in Glenwood, NJ, and raised two children. Chiarchiaro was an administrative assistant at Fred Alger Management, where her niece, Dolores Costa, was a vice president. On Sept. 11, the two were at work on the 93rd floor of the World Trade Center’s North Tower. (source)

A KISS FOR CHRISTMAS
Dorothy Chiarchiaro

It was Christmas Eve, 1962, and Nick Chiarchiaro was concluding a visit to his Aunt Betty in Park Slope, Brooklyn. He gave his cousin, Rose, a peck on the cheek — when skinny Dorothy Arguelles, her friend, piped up: "Aren't you going to give me a Christmas kiss, too?"

The reply that first sprang to mind was no. He barely knew her and had never given her a thought. But politely, he leaned over. Aiming for her cheek, he hit her lips — and was hit by lightning. "My knees buckled," he said. "I left the house, I didn't know where I was going. I just knew I had to be with her."

Three months later — heart pounding — he asked her out. They went to a tiny cocktail lounge, on Love Lane in Brooklyn Heights, and ordered brandies. A year later, after Mr. Chiarchiaro asked her mother's permission, they were engaged.

During the 37 years that followed, he rarely experienced an hour of boredom. "Movies, dinners, friends," he said. Three children. For her, a job at Fred Alger Management — to pay for clothes filling four bedroom closets. And a constant game of sparring. They argued, he said, about everything. "That's what kept us going. We were oil and water, black and white. In public, she called me Mr. Moroney — short for moron. The neighbor girls called us the Bickersons."

"Kind," he said, thinking of words to characterize her. "Considerate. And cantankerous."