I met Dan when he was a

I met Dan when he was a member of the Boys Hope of NY advisory board. He was a great mentor to me He took me to a Jets Ravens pre season game to see my idol Tony Siraguse. He was taken from us shortly thereafter. I have never forgotten his insprirational pep talks to me. I am now the head of sales for a contracting company in Buffalo. I thought i was worthless but you taught me otherwise. thank you Dan i owe so much to you

In Remembrance
Photos of Daniel 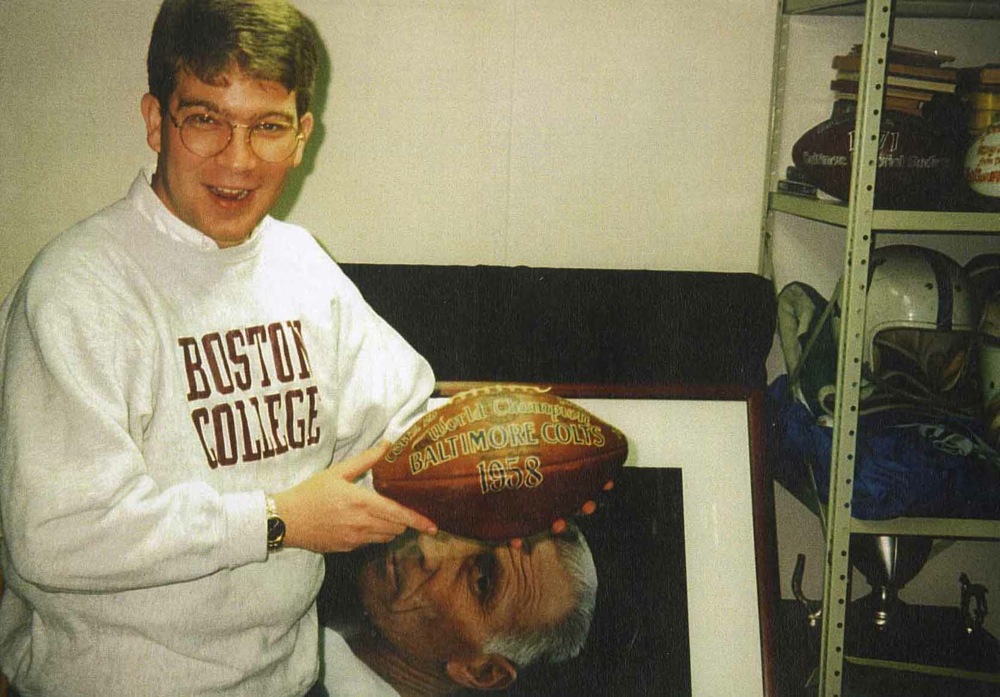 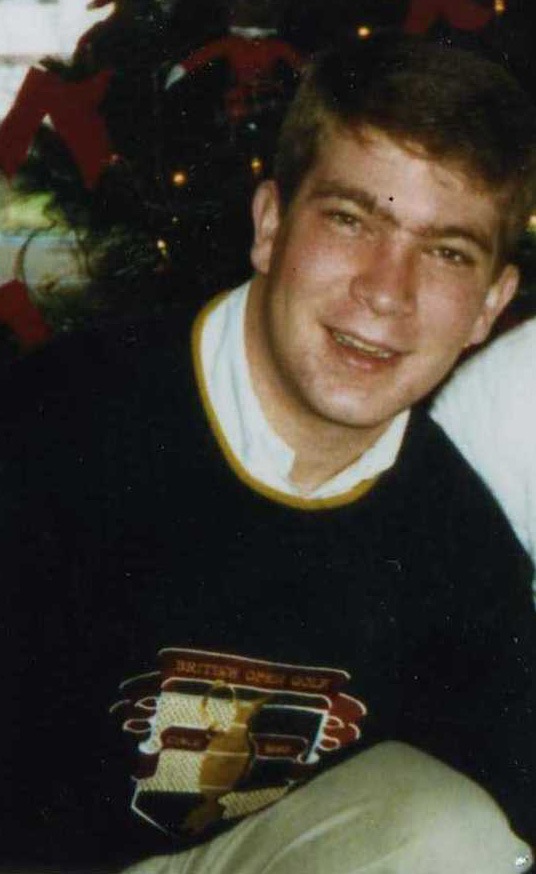 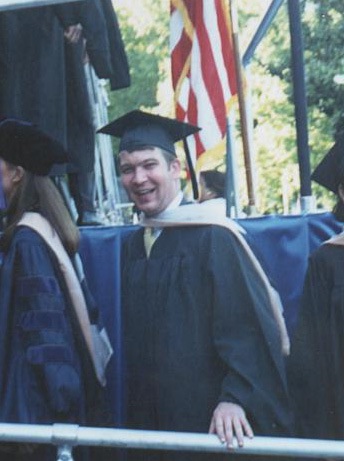 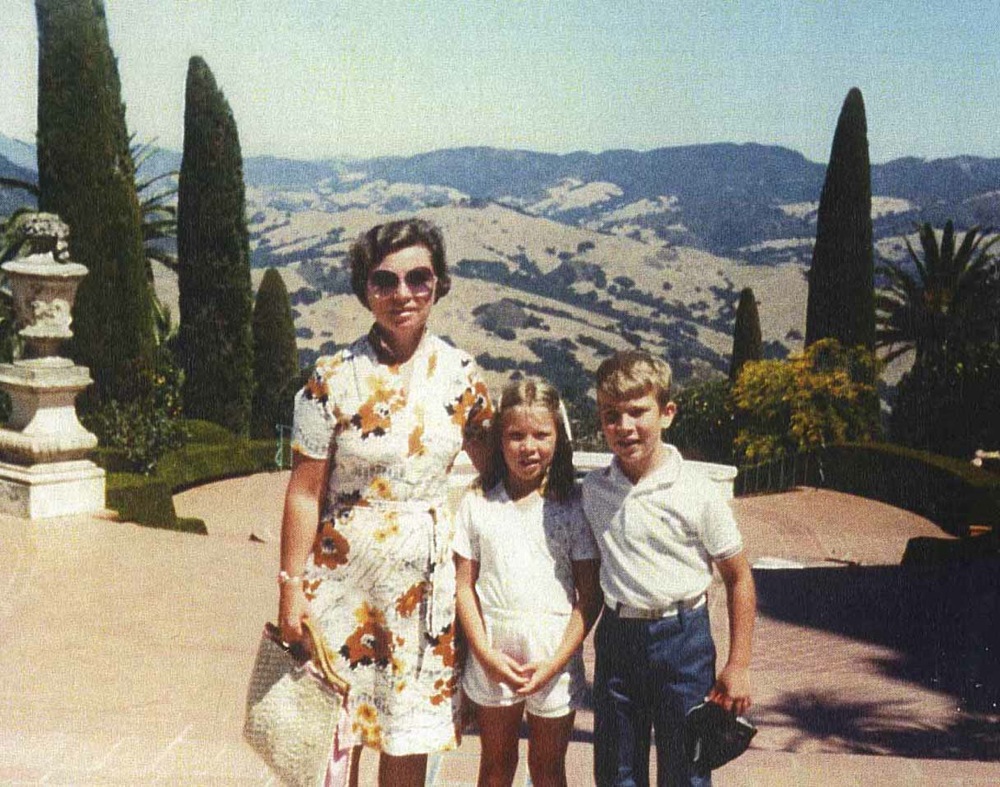 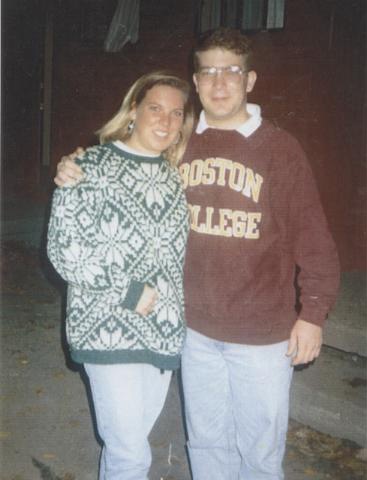 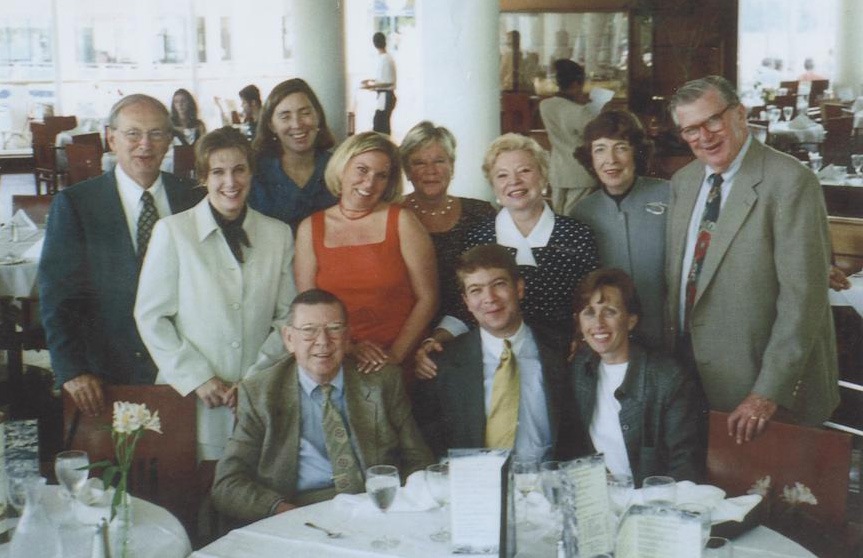 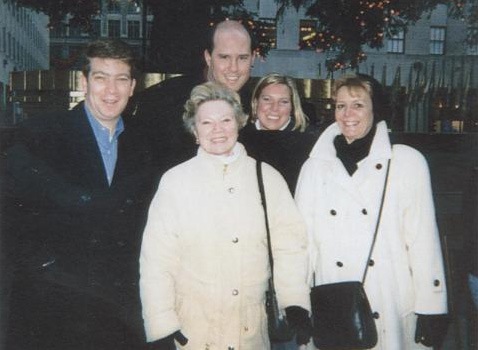 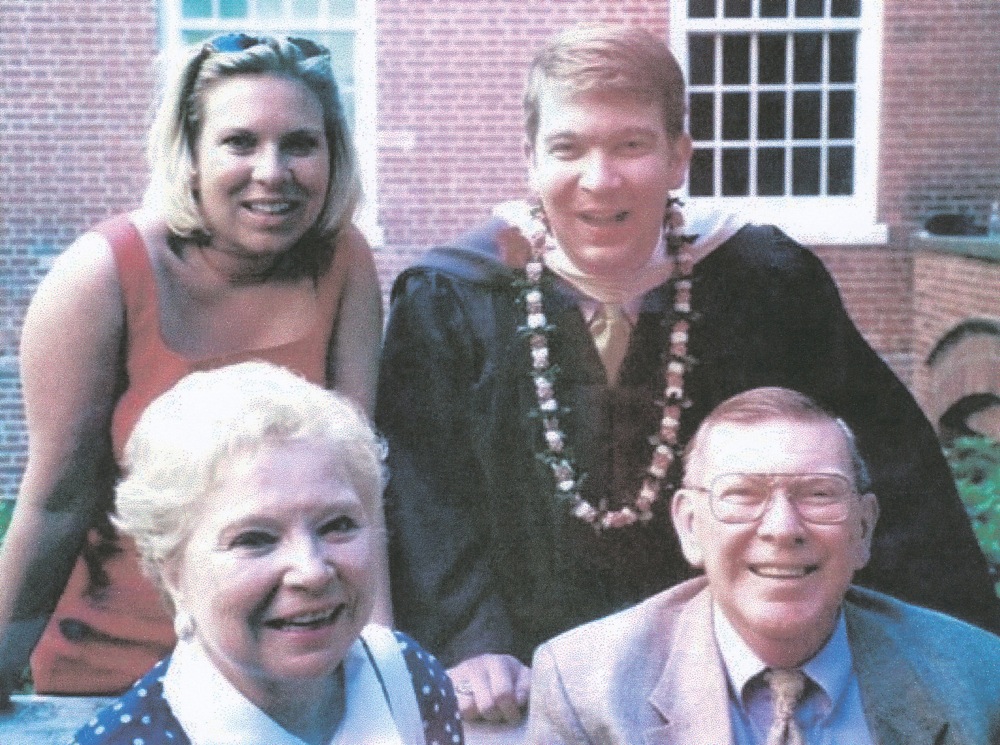 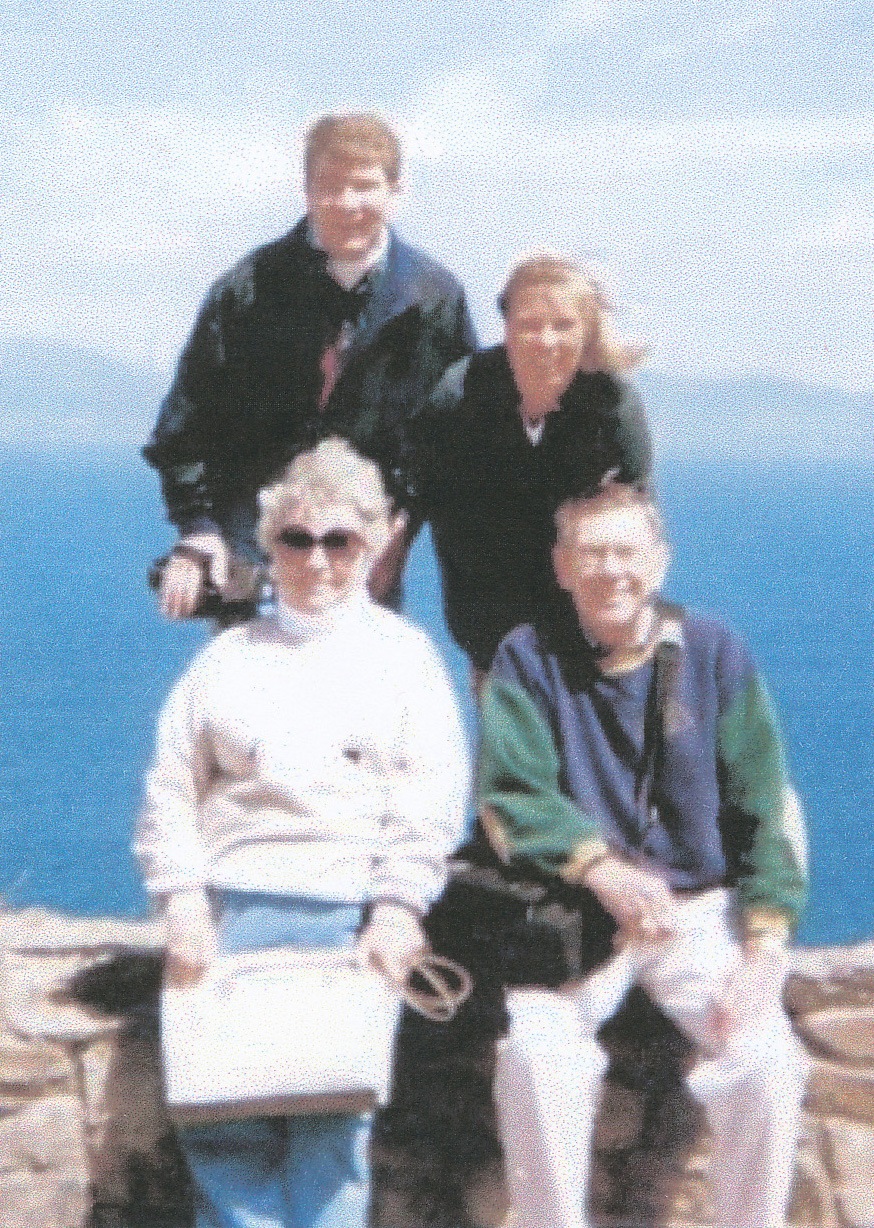 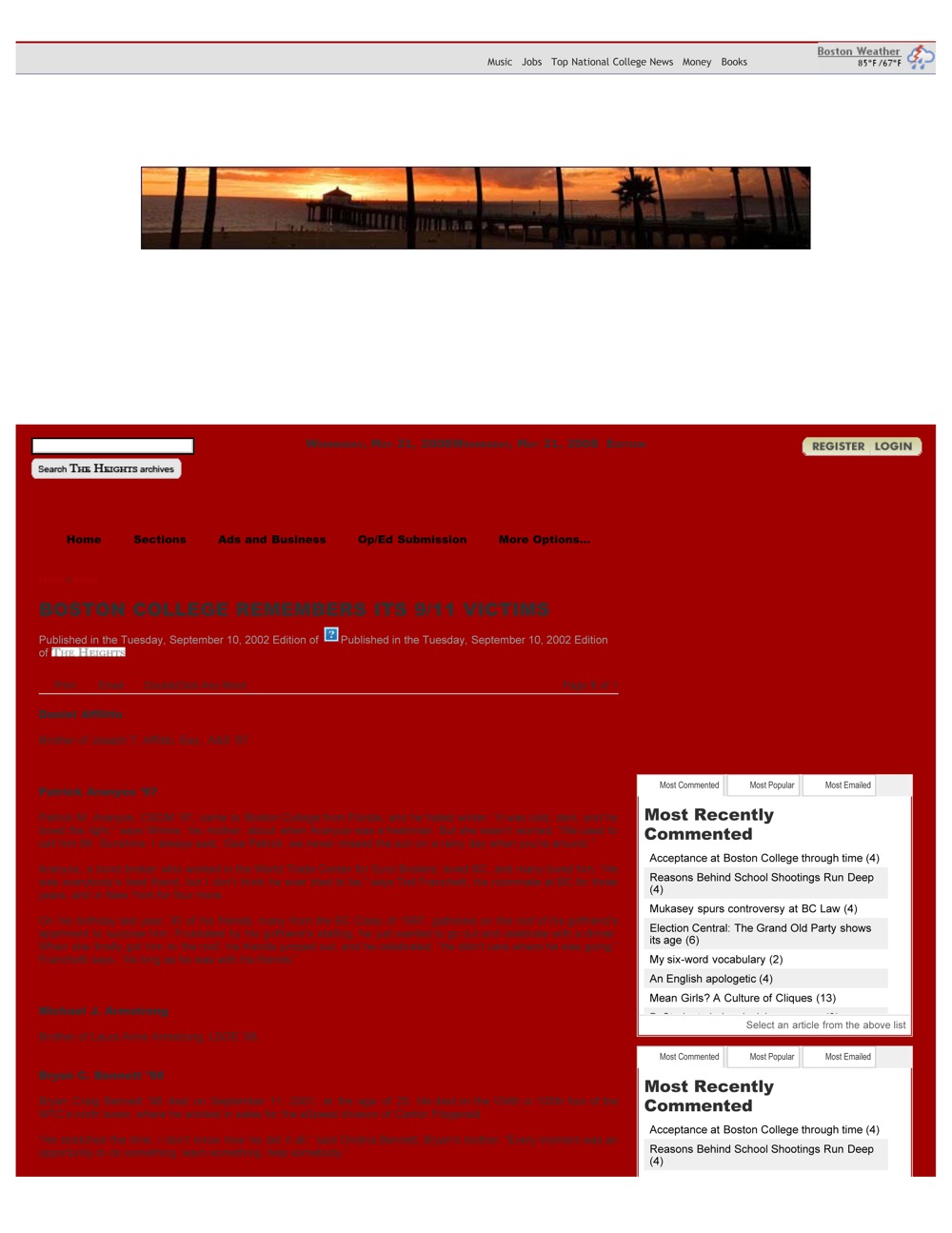 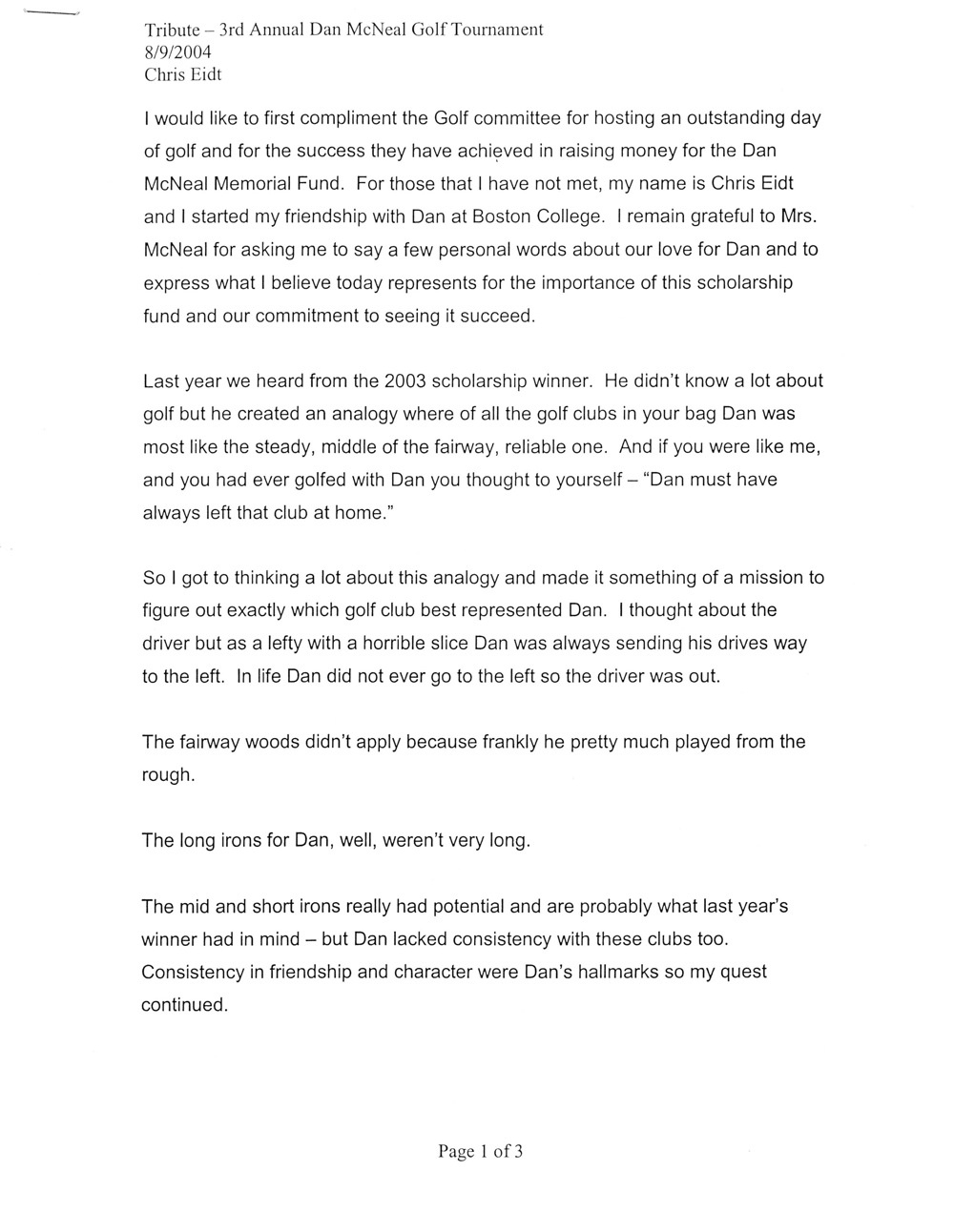 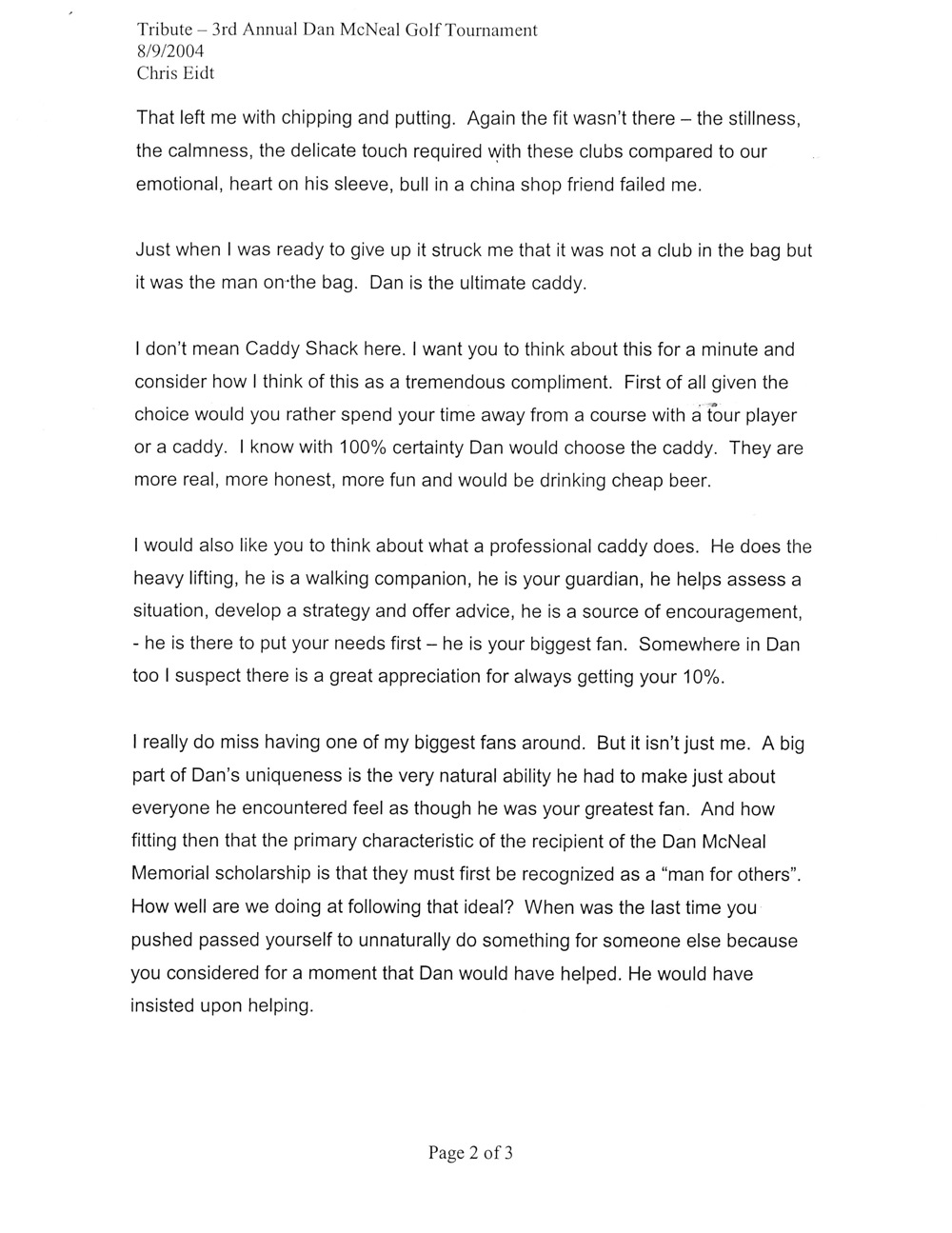 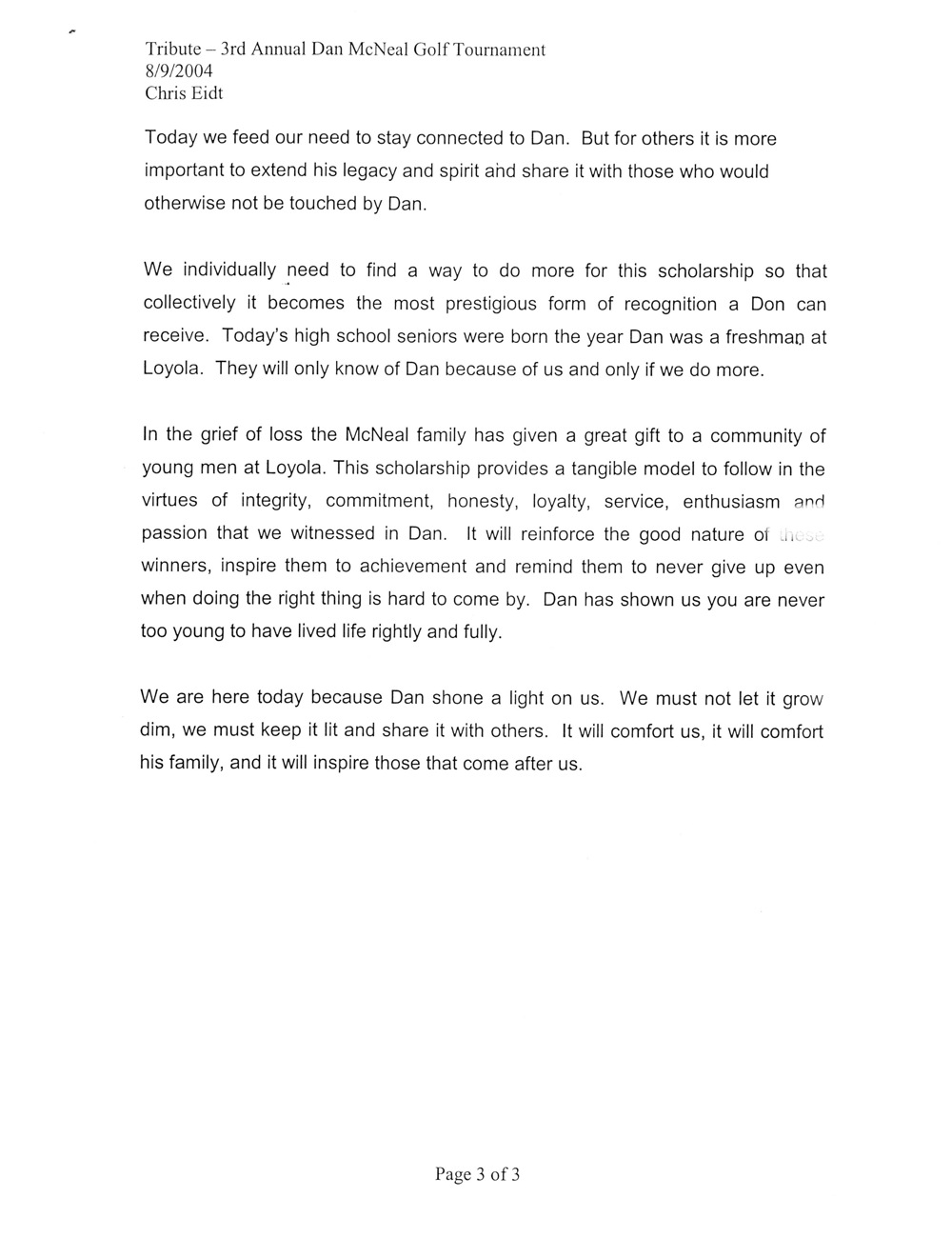 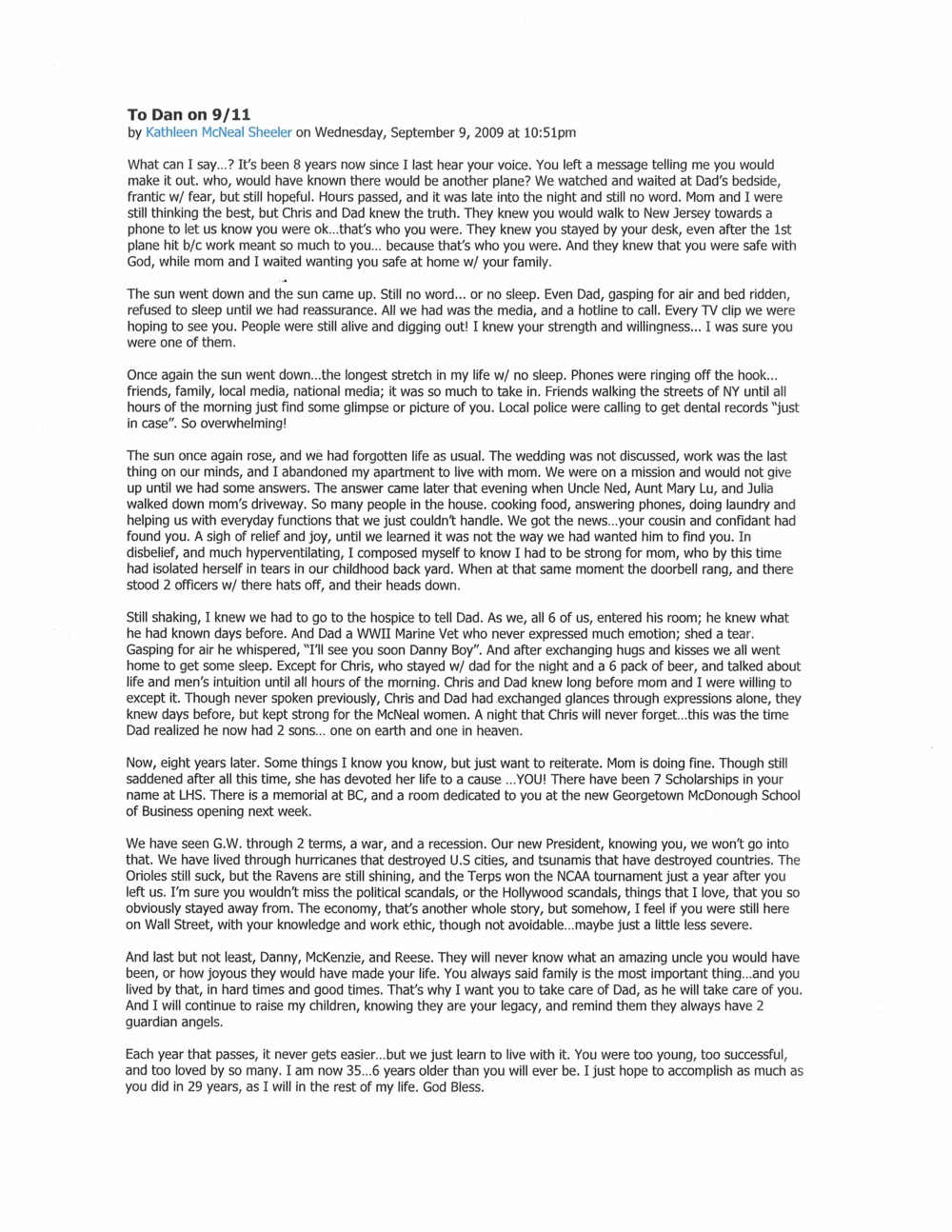 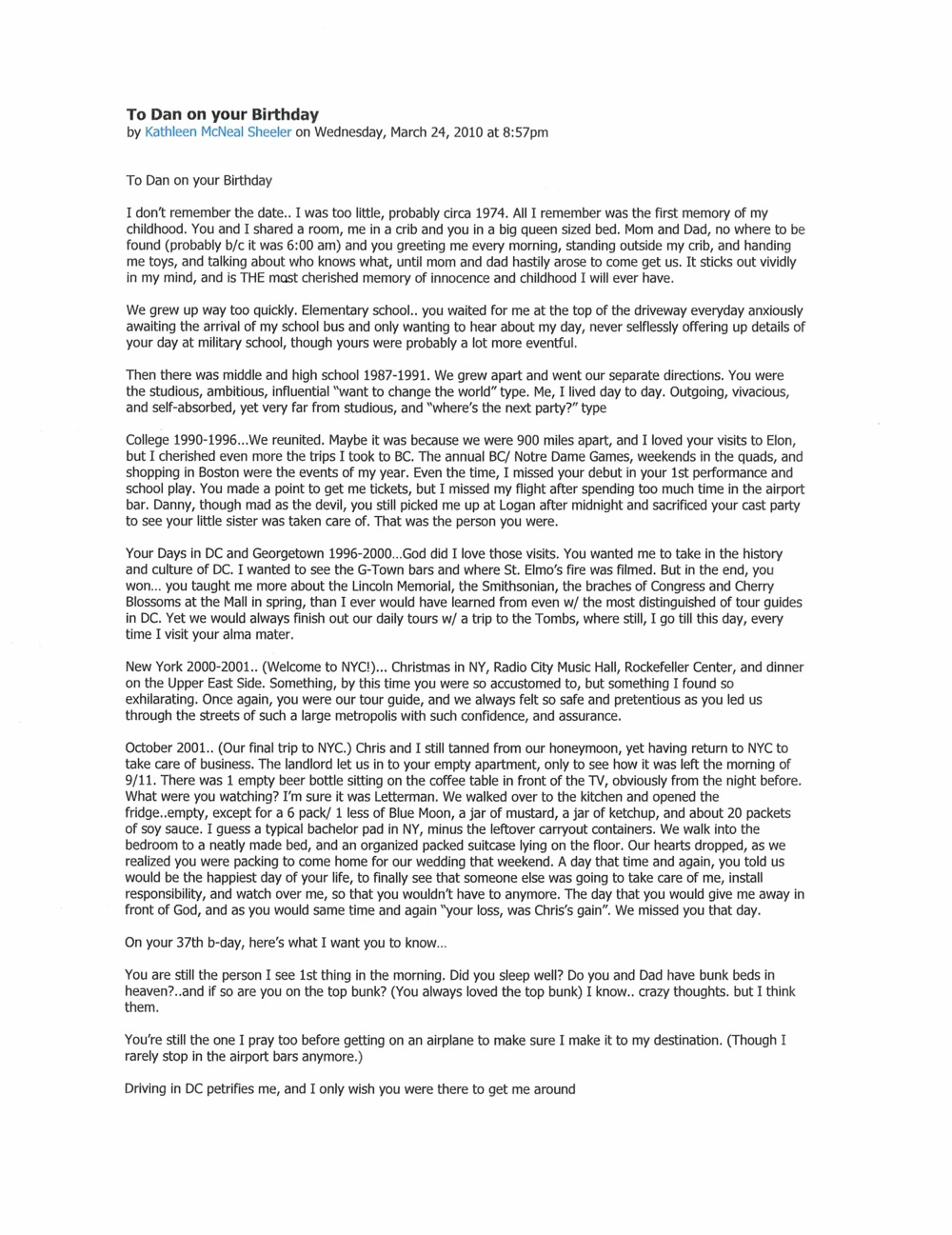 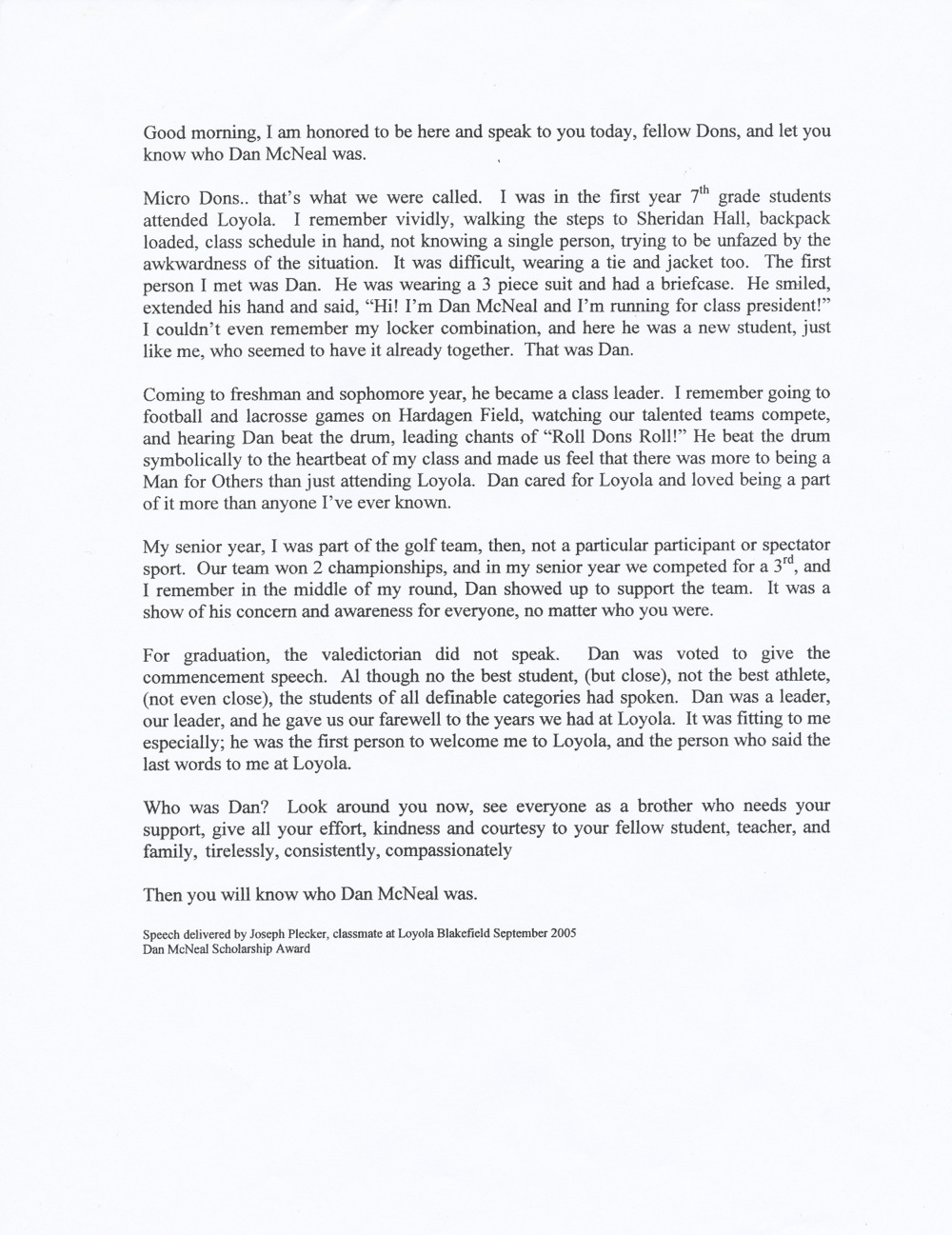 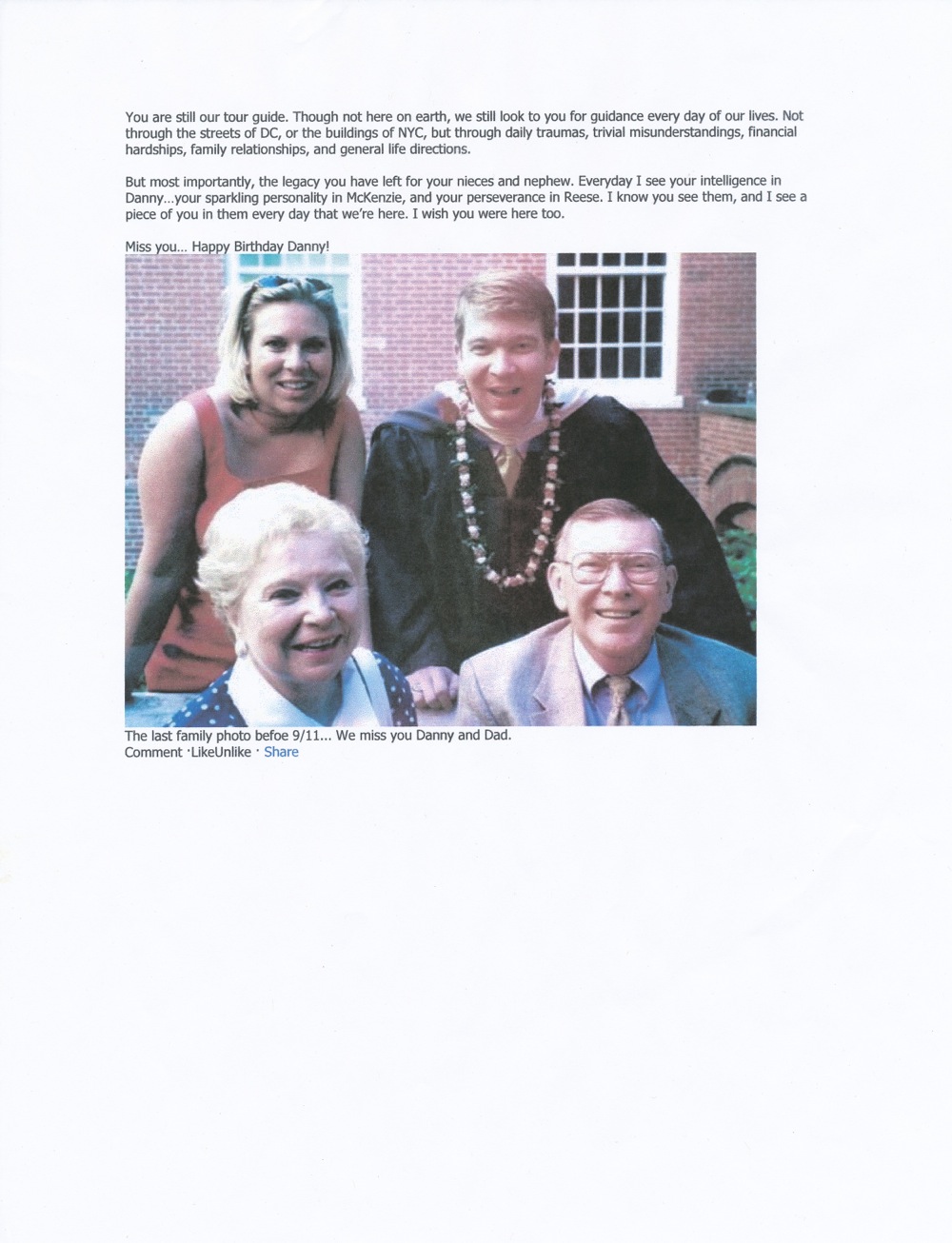 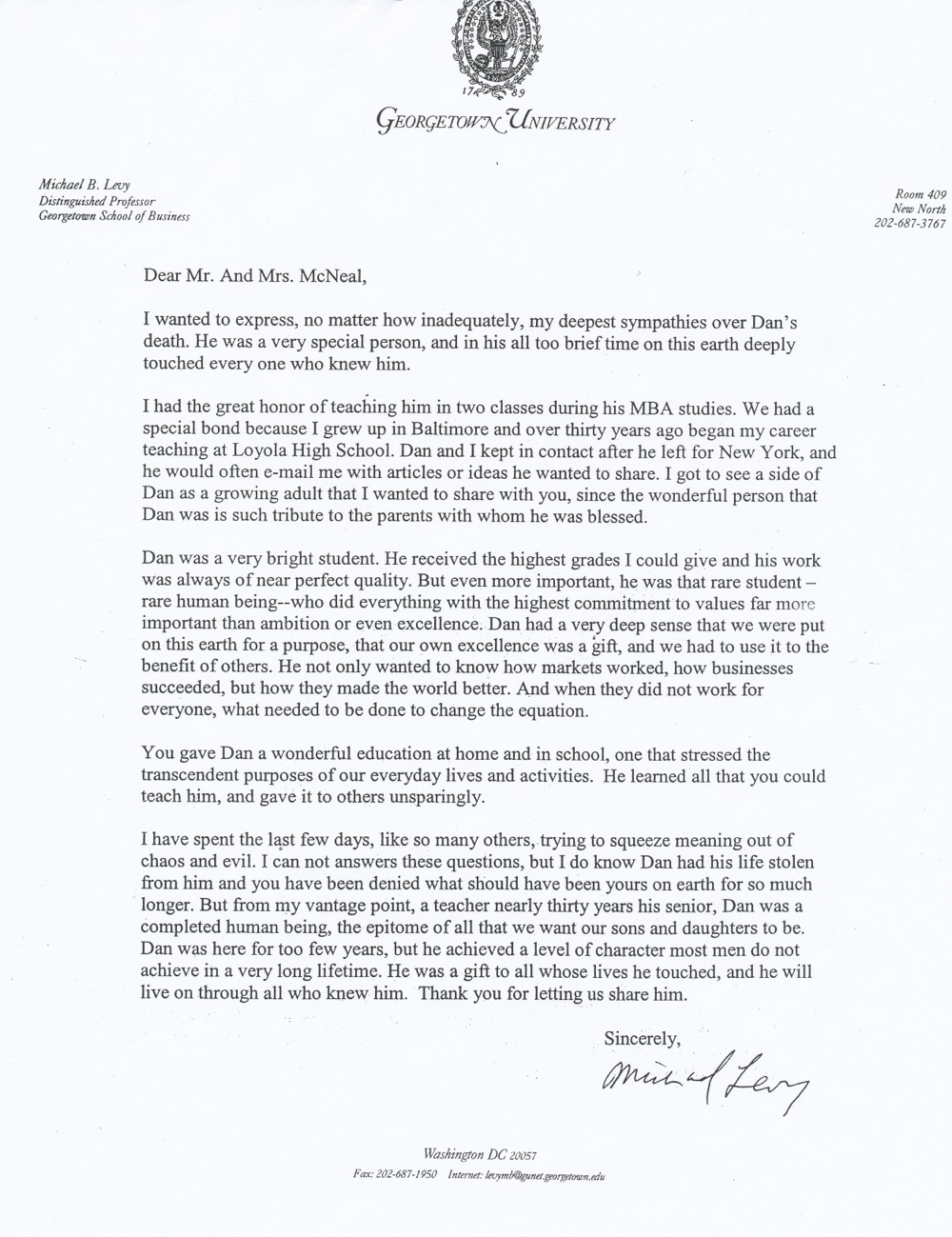 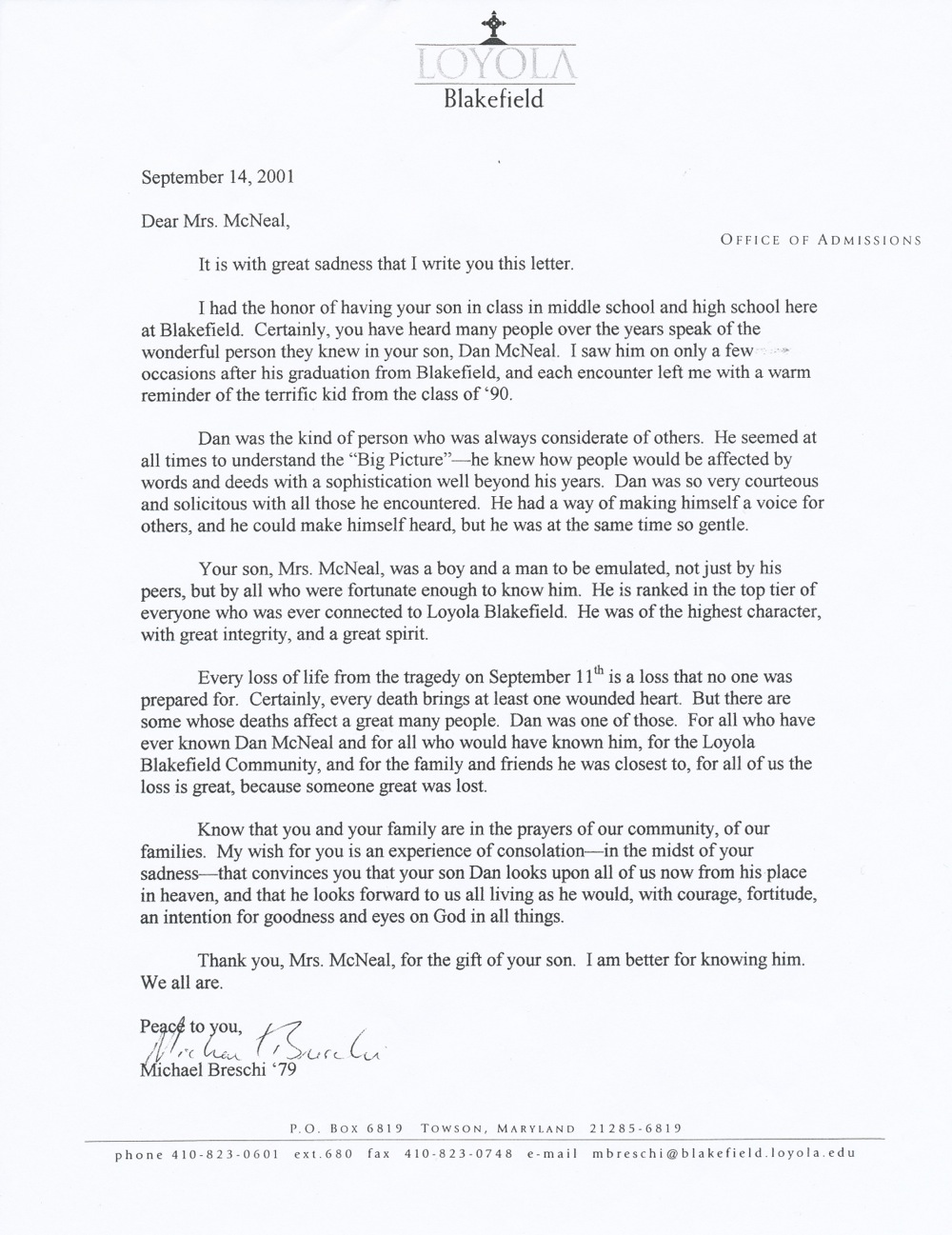 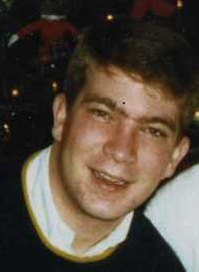 Daniel Walker McNeal was born March 25, 1972 in Towson MD. He was the son of Michael S. and Kathryn W. McNeal. At the age of twelve, Dan began his Jesuit education at Loyola Blakefield in Towson MD. He was class president for five years and he became Student Government President in his senior year. A member of the National Honor Society, Dan was gifted in public speaking. In his senior year he was a national contender in the area of extemporaneous speaking. Dan’s life motto being “A Man for Others” was introduced to him while at Loyola. In 1990, Dan began his college career at Boston College. After three and a half years, he received his BS Degree in Business Administration, concentrating in the area of finance. He graduated Cum Laude. For several years, he was employed at Riggs Bank in Washington DC. In 1998, he attended Georgetown University where he received his MBA Degree in 2000. He graduated Magna Cum Laude. Leaving Georgetown, Dan moved to New Jersey and was employed by Sandler O”Neill and Partners. He was an Analyst in Equity Research and later became Vice President. Sandler O’Neill was located on the 104th floor of Two World Trade Center. Presently, there is a scholarship fund established in Dan’s memory at Loyola Blakefield. The qualification for the senior receiving the scholarship is that he must exemplify the Jesuit tradition of being a “Man for Others” At Georgetown University, there will be a room dedicated to the memory of Daniel Walker McNeal. This room will be located in the future McDonough School of Business building located on the Campus of Georgetown. Dan was to walk his sister Kathleen down the aisle at her wedding just 2 weeks after September 11, 2001, in place of her terminally ill father. Needless to say Dan did not make the wedding. His father was buried on Christmas, 2001

THE HEART IN THE 3-PIECE SUIT
Daniel W. McNeal

His mother advised against it. So Daniel went to business school at Georgetown University and one year ago became an analyst for the firm of Sandler O'Neill on the 104th floor of 2 World Trade Center.

His plan was to make a name for himself on Wall Street, then write books and become a professor at Georgetown, his sister, Kathleen, said.

In the meantime, his annual Christmas present to his family in Towson, Md., was a trip to New York City and a night on the town. "He was so proud of New York and the people he had met and the places he had been," she said.

Daniel liked helping people. Once, on a golf course, he threw himself between a hurtling ball and a woman who was about to be hit, Kathleen said. The woman emerged unscathed; the gentlemanly Daniel ended up bleeding from the head and apologizing profusely to the golfers, whose ball he had intercepted, for having interrupted their game.