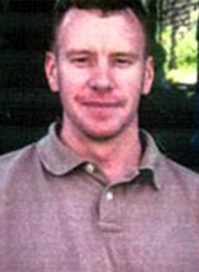 Christopher Wodenshek had five children and was "rarely seen without one or two of them in his arms," according to a family member. To shorten his commute to work at the World Trade Center so he could spend more time with his children, Mr. Wodenshek moved his family a month ago from Stamford, Conn., to Ridgewood, the town in which he grew up. "He was a lover of life, with a wonderful sense of humor, dedicated and committed to his family, friends and work," said the relative. "He was the type of person who always had a smile on his face, an encouraging word and a helpful hand." Mr. Wodenshek, 35, was at work on the 105th floor of the World Trade Center's North Tower when an airliner hijacked by terrorists slammed into the building Sept. 11. He was a director for Houston- based Tradespark, supervising a staff of 36 in brokerage operations for electricity. He had been with the firm for 21/2 years. He earlier was employed by a financial services firm in Stamford. "My memory of him is that he was extremely loyal and ethically impeccable, as well as the hardest and most aggressive worker I have ever known," said Rick Beaman, general manager of Tradespark. "Also, there was not a mean bone in his body. He will be very much missed." Mr. Wodenshek was described as an avid runner, proud of having completed the New York City marathon in 1996. He was the son of Florence Wodenshek of Lodi and the late Raymond Garreth Wodenshek. He leaves his wife, Anne; three daughters, Sarah, Haley and Mollie; two sons, William and Zachary; a brother, Raymond of Teaneck, and four sisters, Linda Remenschneider of Lodi, Florence "Mickie" Garrett of Wood-Ridge, Patricia Wodenshek of West Paterson and Mariellen DeLellis of Raleigh, N.C. A funeral Mass will be offered at 2 p.m. Saturday at Our Lady of Mount Carmel Church, 1 Passaic St., Ridgewood. In lieu of flowers, donations may be made to the Christopher Wodenshek Children's Trust, c/o attorney Thomas Palace, 20 Court St., Hackensack, N.J. 07601. Profile by William Gordon published in THE STAR-LEDGER.