In Remembrance
Photos of Christopher

A portrait of Christopher Epps 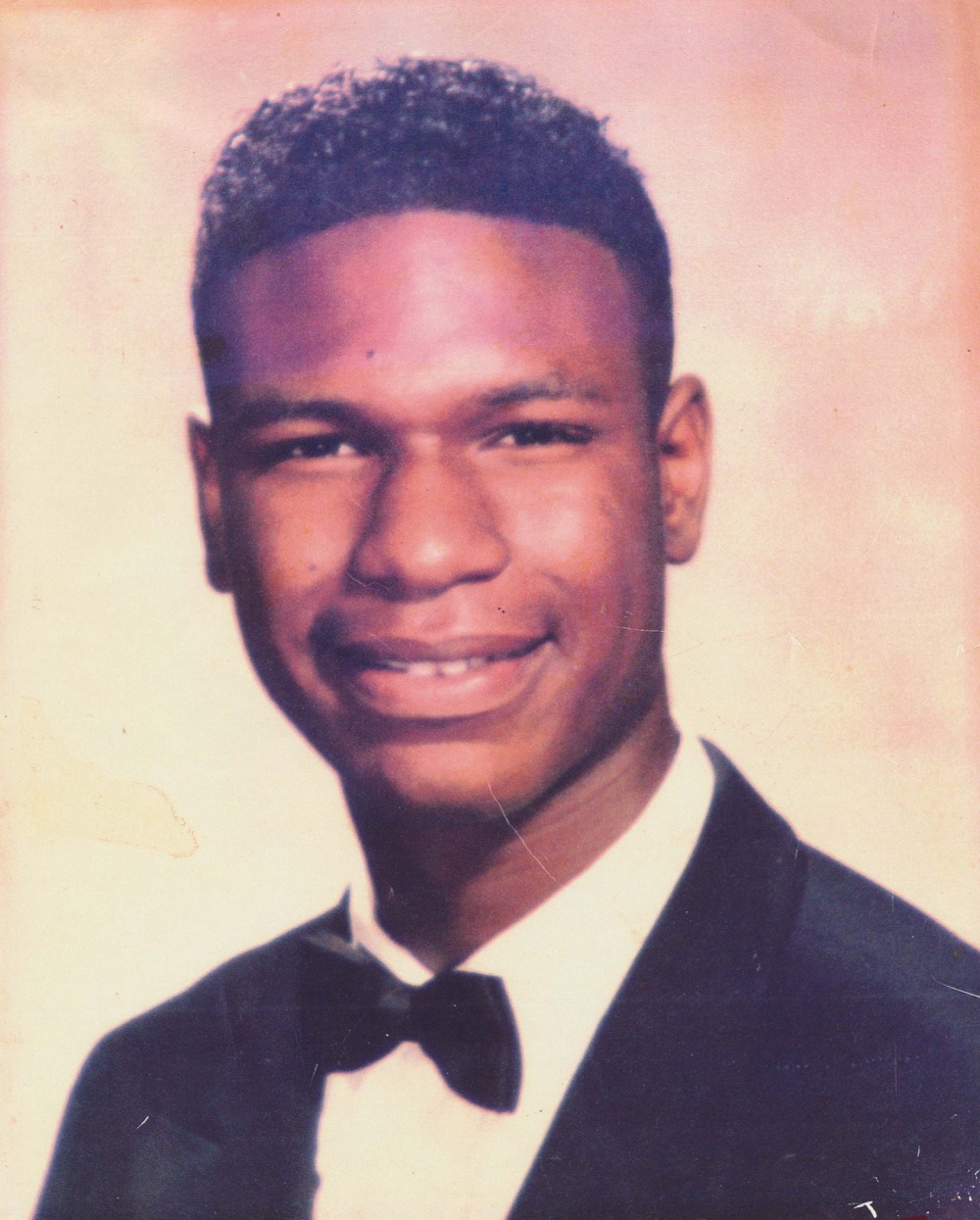 A portrait of Christopher Epps 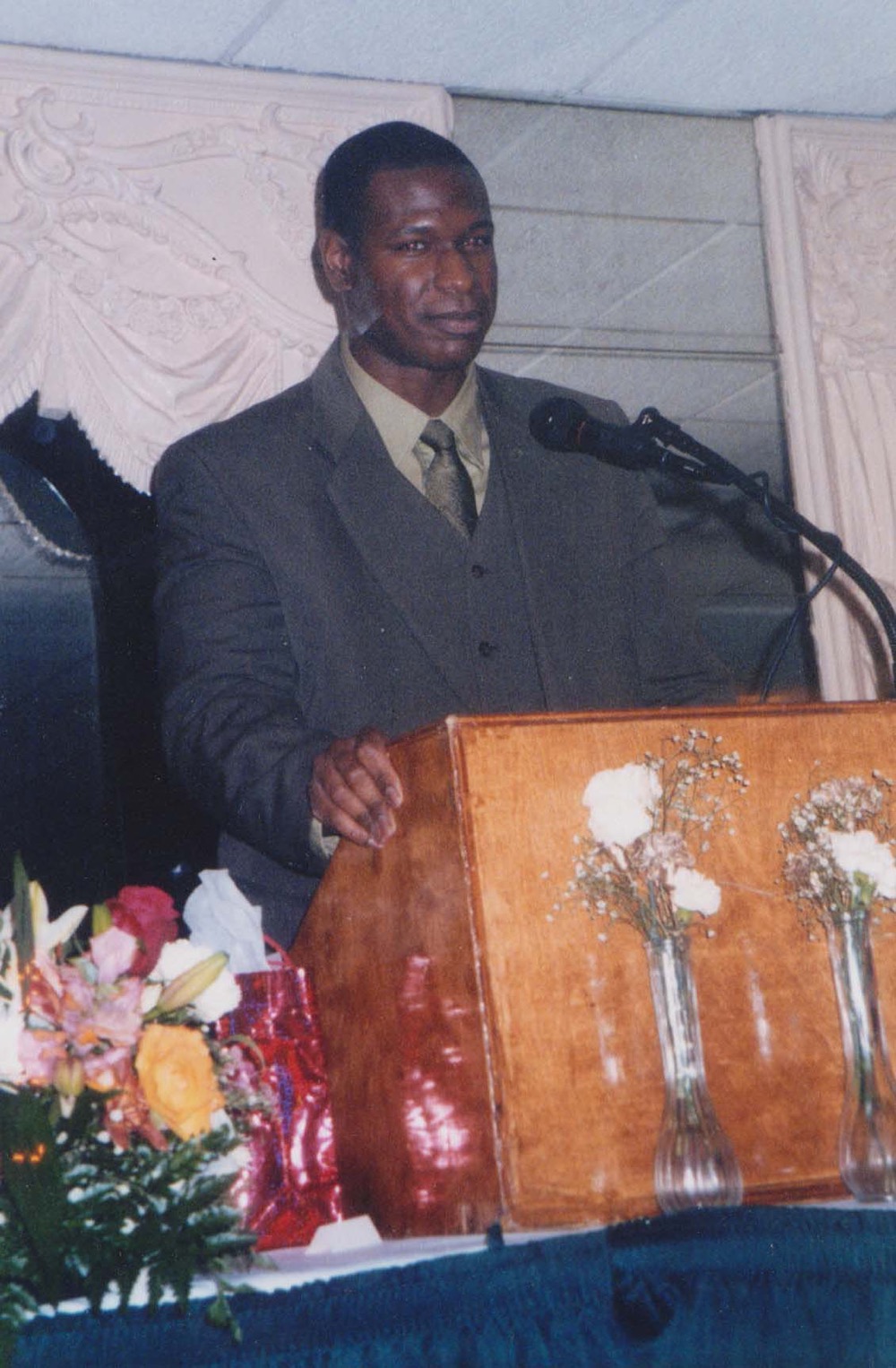 Christopher Epps proudly making a speech behind the podium. 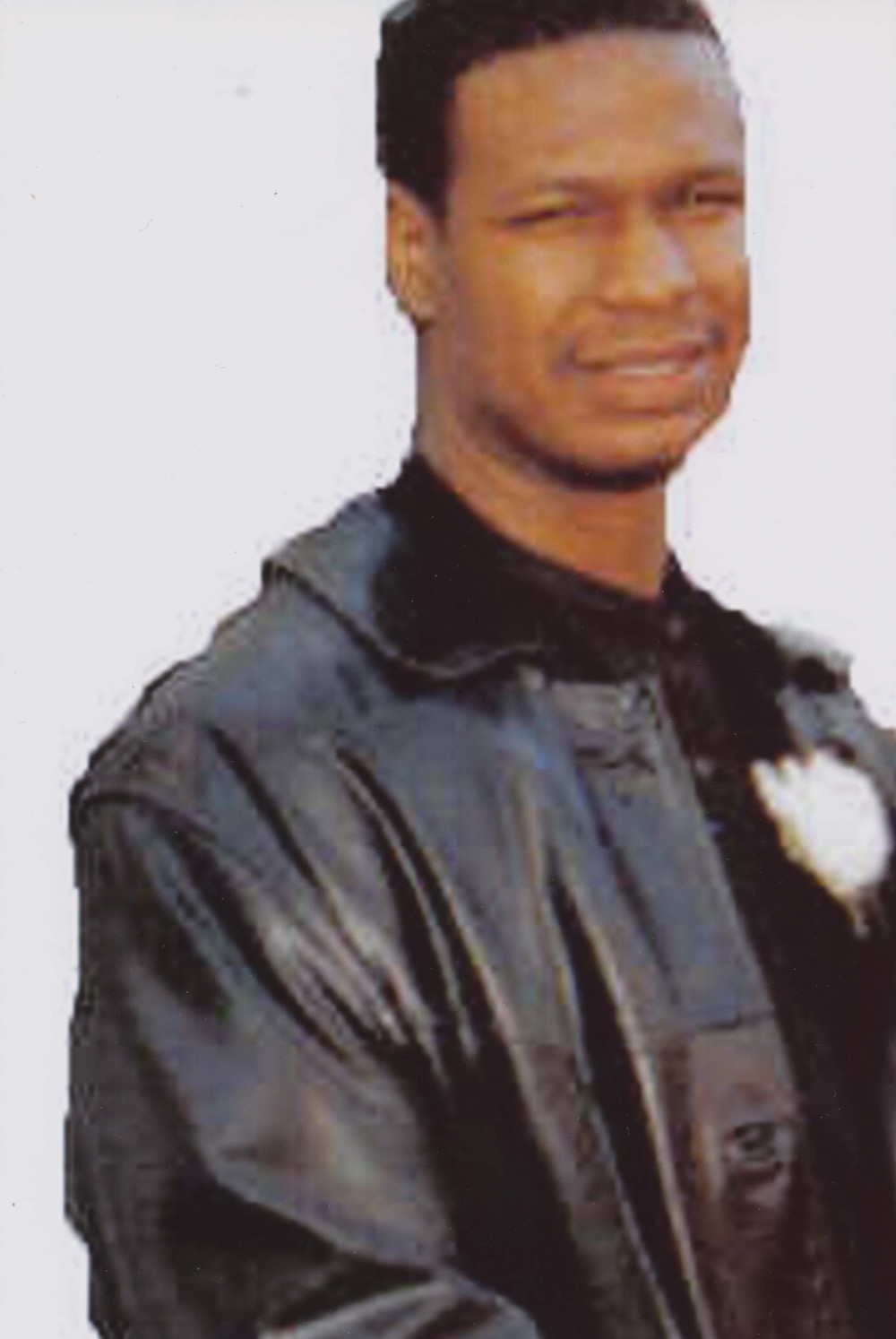 A photo of Christopher Epps.

A graduation portrait of Christopher Epps, reads "You will always be in our heart and our prayer. We love you and miss you very much. Your loving mother". 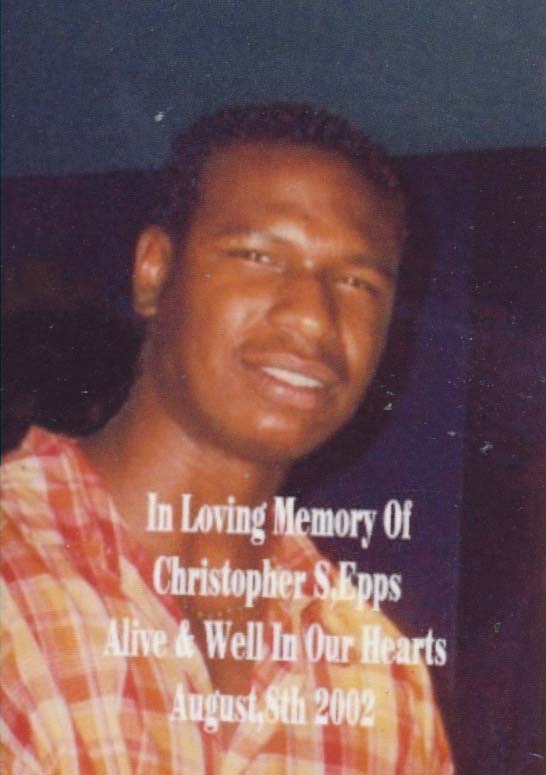 A family photo of Christopher Epps and his family members. 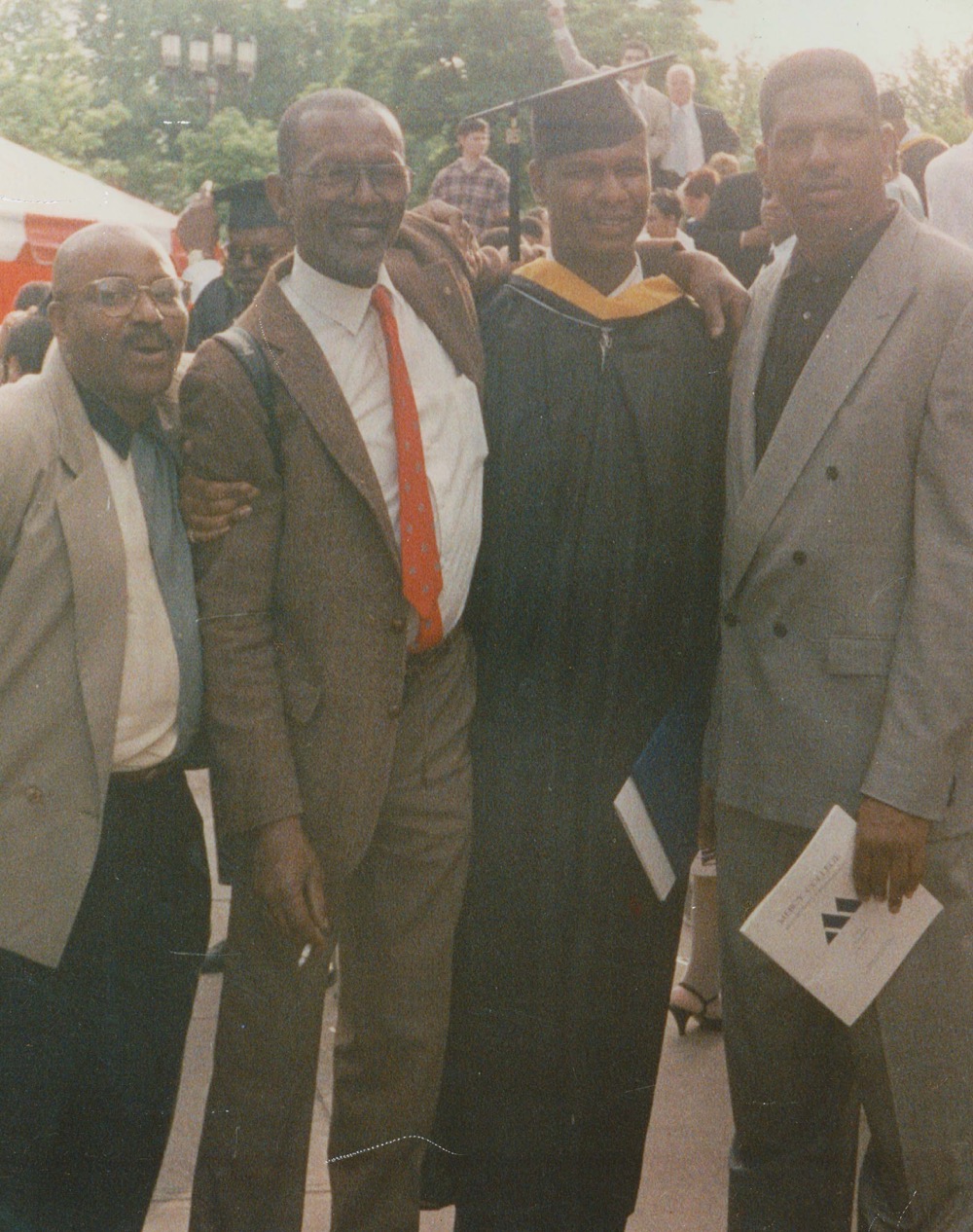 A photo of Christopher Epps with family taken at graduation. 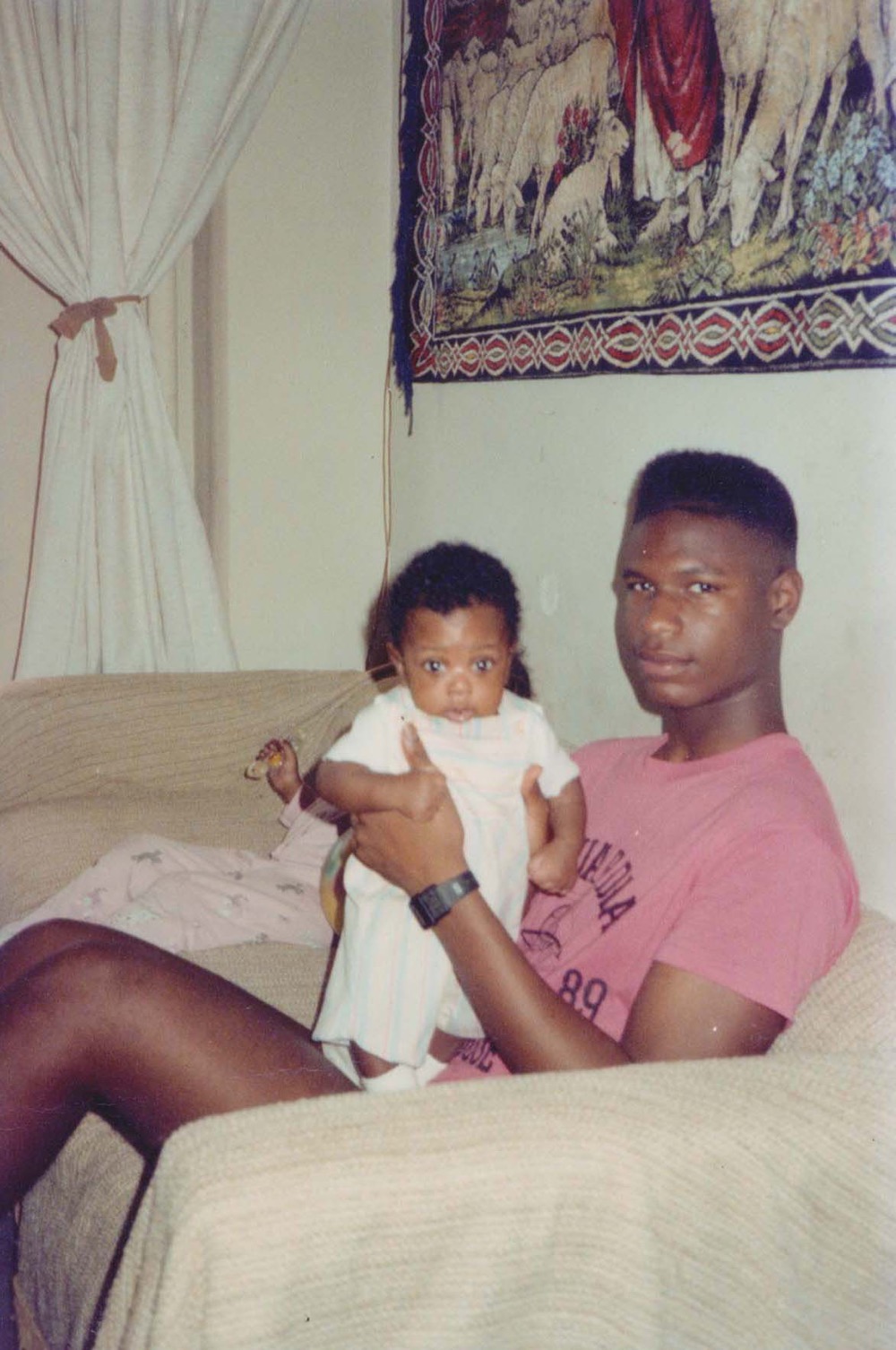 A photo of young Christopher Epps holding a baby family member in his arms. 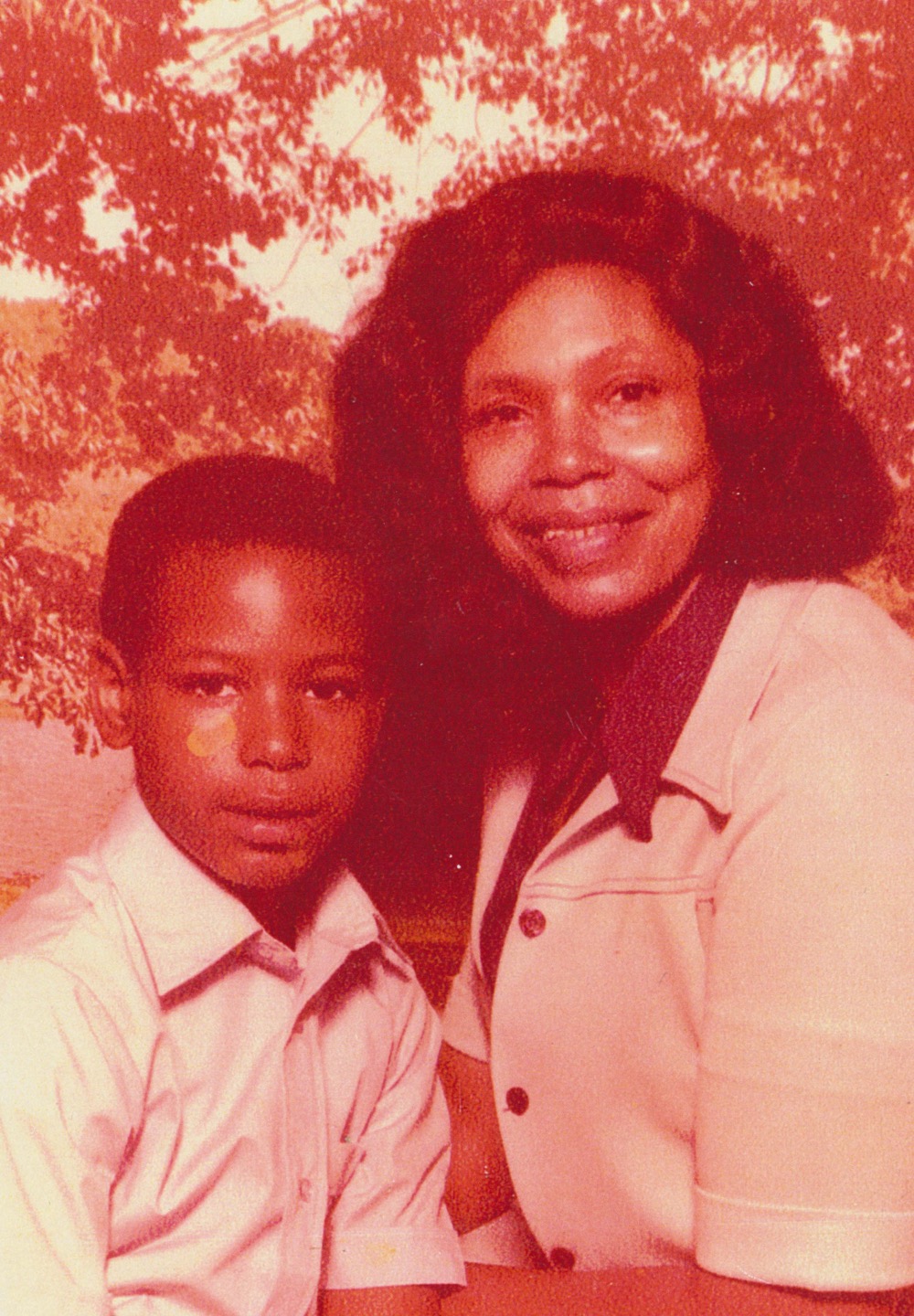 A photo of Christopher Epps with his mother. 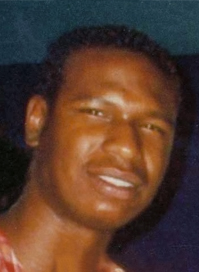 
Marsh McLennan - We Remember and Honor

The day my mother brought my brother Christopher home, he had five sisters and one brother anxiously waiting for him. As we took turns holding him it seems as though a breath of fresh air had sweep through the house leaving behind the most beautiful sunshine. Our house became alive with the smell of baby magic lotion and formula. We were all old enough to take care of him the youngest being twelve years old. The first one up in the morning would usual get to feed him, wash him up, dress him and as he got a little older take him out to the park (under the very stern no excuses excepted instructions of our mother). So you could imagine the mad rush in the Epps household in the mornings and actual throughout the day.

Christopher was a very happy and joyful child, who (if you ever took him out side for a walk would discover just how much he loved trees) every time we would past one he would point his little finger at it and say treee! Treee! Oh! He was the "cutest in the world". When Chris was about four years old he would pretend he was superman, he would wake up early in the morning, and wake one of us up saying pin me! Pin me! Meaning to pin his towel around his neck so he could pretend to fly through the house like superman.

Then it was time for Christopher to start school. My mother was determine to send him to private school, being a very large family our budget was very tight, but my mother managed some how to do for her last and youngest child something she would have like to have done for all of her children. My brother went to private elementary, middle and high schools and then on to college. I cannot recall a time when Chris was in trouble in school he never gave my mom a reason to worry, he made very good grades and made the deans list in college.

As we watch Chris grow into a very tall handsome and stylist young man who gave of himself so freely to those in need of his help in anyway (even when he knew he was or might be taken advantage of). He worked with mentally and physical disable adults on the weekends. They loved Chris. On the weekend they would say where is Chris? They could not wait for him to get there to make them pancake or waffle (one of his specialties and favorite foods).

Chris still found time to care for our mother and attend to her needs as well as indulge in his hobbies like bike riding, bike building, and bodybuilding. He went to the gym in the mornings before going to work (that is why we thought he was alive somewhere. We did not think he was at his desk at the time the plane hit). To this day I still believe he got out the building and went back to help someone. (That’s the kind of person he was, he would never just stand around looking on when someone needed help) No one not even the fireman or policeman thought the building was going to fall. I believe my brother died doing what he loves to do, helping people.

As a young teenager one of his other hobbies was to do free hand drawing and sketch of his favorite action characters "his drawings were very captivating". Chris loved to play with logos. We found the very first set he assemble in the top draw of his dresser, he had completely tape off a section of the dress draw just to preserve the logos from his childhood. (He was sentimental like that). Chris also was a Star War groupie he and my sister Valerie would go to see the latest Star wars movies. They always saw them together it was a tradition with them. The last star wars movie came out after his death...I don’t think my sister Valerie has gone to see it yet, I guess it not the same without him....

My brother Chris was a comedian he could make you laugh so hard you would cry from laughter. When we had a gathering I felt it was never complete until Chris arrived. Number one! To see what latest fashion fad he was wearing. Number two! He was the toast of the party. He had the most beautiful smile, to tell you the truth… when I think of him (as I do so often) I always picture him smiling his smile would brighten up any room that he was in.... we loved him so! He was and always will be the best of us.

I think Christopher took the best characteristics from all of his sibling (being that we all help raise and couch him) the five girls were like sistermothers and the one boy was the typical big brotherfather. Chris took these characteristics and incorporated then into what would become - CHRISTOPHER SAMUEL EPPS

One of my favorite memories of Chris is his 27th birthday party at my sisters Valerie’s house (she is the oldest sibling). We had the biggest cake fight ever. Even my mother had cake on her face. Chris was covered with cake from his head to his toes, it just so happens he received an outfit for his birthday that day, he had to take a shower and change his clothes, and we laughed until we cried, we had the best time ever. Thinking about it as I write this puts a smile on my face.

One of my favorite pictures of Chris is the one when he’s about ten months old. We sat him on the kitchen table wearing his pamper and one of his little cute tee shirts in front of him is a five layer cake my sister Debra (the third oldest made, she was always experimenting in the kitchen) Chris or as we called him" eickey stickeys" started sticking his fingers in the cake and had smeared cake icing all over his face with his fingers, we all stood around watching him play in the cake and decided to take a picture. It’s the cutest picture you’ve ever seen... I’m going to miss my beautiful brother.... Words would be an understatement to describe the pain.... If they only knew what they took from us.... A beautiful bird that had just begun to spread his wings.

Geneva Epps has not given up hope that the son she had late in life is alive. "I'm just being hopeful and prayerful," she said of Christopher S. Epps, her seventh child and second son. "I just can't seem to give up. I know that I'm not considered very wise and not facing reality. But the reality is that no one has showed me any proof that he is not alive."

Sister Epps, as she is called at the Greater Zion Baptist Church in the Bronx, knows that the 29-year-old Mr. Epps, an accountant for Marsh & McLennan, was in the World Trade Center on Sept. 11. "He said, `Bye, Mom, see ya later,' " she recalled. "And I said, `Have a blessed day.' And that was it."

Now she focuses on a September day in 2000 when her church honored her, and Mr. Epps recited from memory a poem he had stayed up all night writing.

There were times when I was faced with danger

And fear filled my head.

Yea, though I walk through the valley of the shadow of death, I fear no evil;

I remember what Sister Epps said.

She asked the Lord every morning to watch over my life.

I live today because God heard her plea.

Now I go through this life as a grown man fast in your words.

Please order my steps, for you are the Father.

Others who love her call her Sister Epps,

But I am just proud to call her my mother.