My brother Charlie was truly

My brother Charlie was truly someone who lived life to the fullest. He loved his family friends and working for Cantor. His personality shined like no other! Charlie will be remembered always and is missed so much. To Officer Le Blanc who posted below-my family and I cannot thank you enough for your service. You are thought of everyday and we are very lucky to have people like you serving so we have the freedoms we have each and everyday! Thank you from the bottom of our hearts.

In Remembrance
Photos of Charles 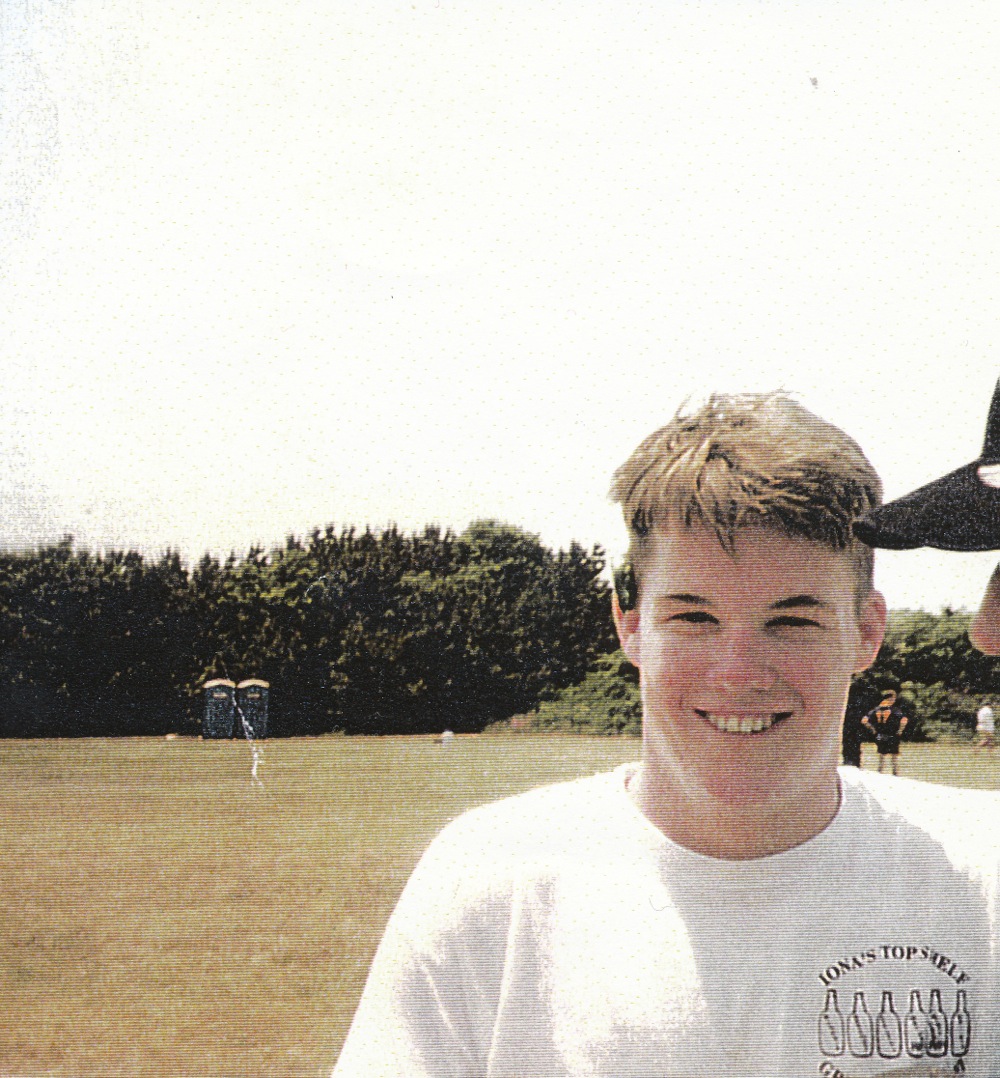 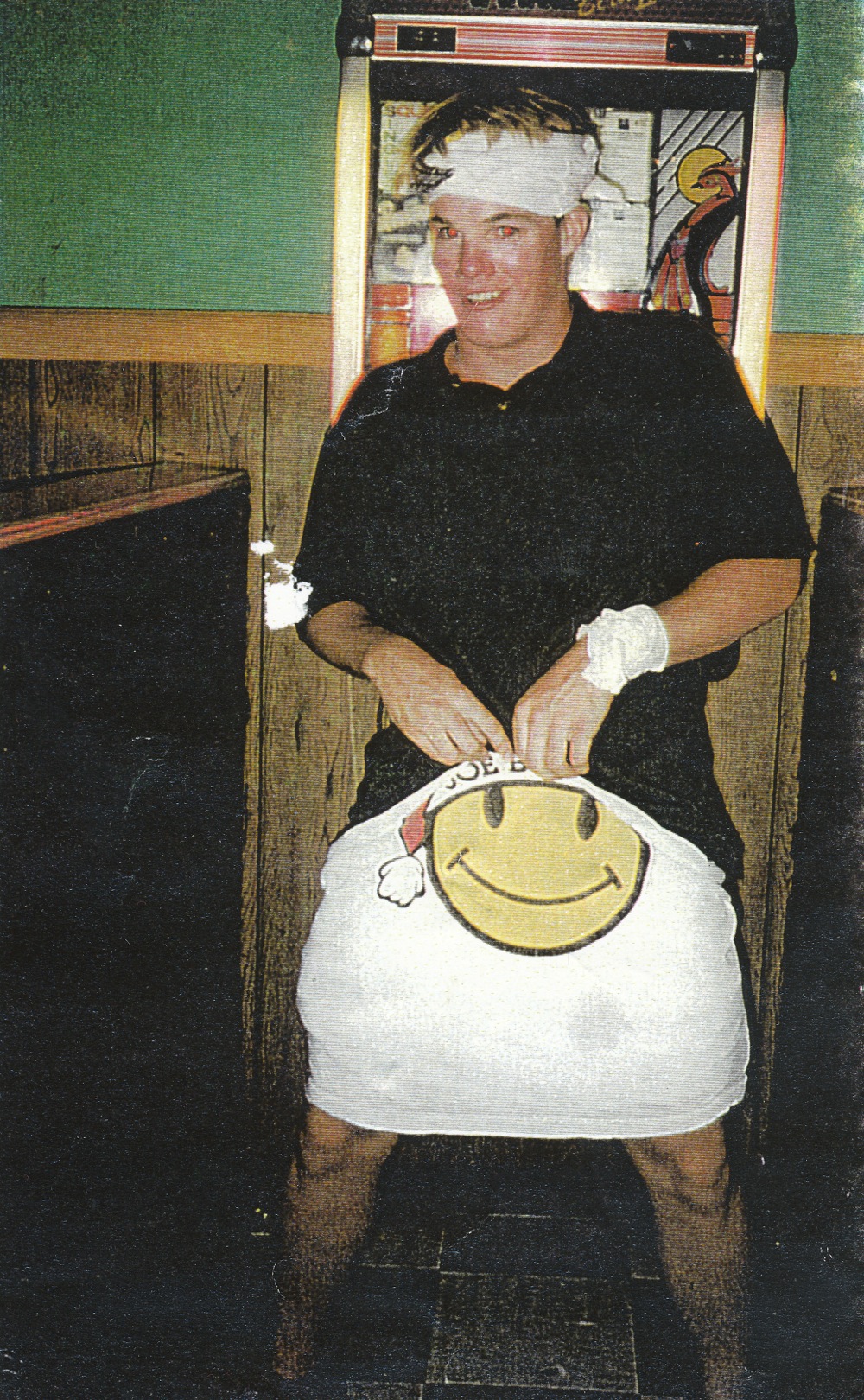 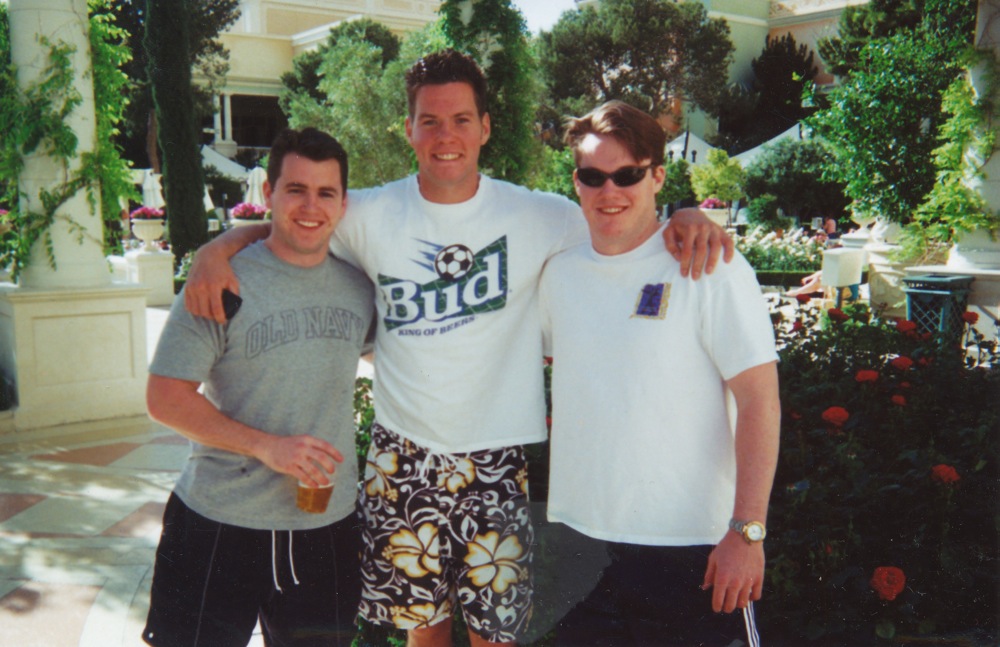 Charlie at a wedding with family and friends 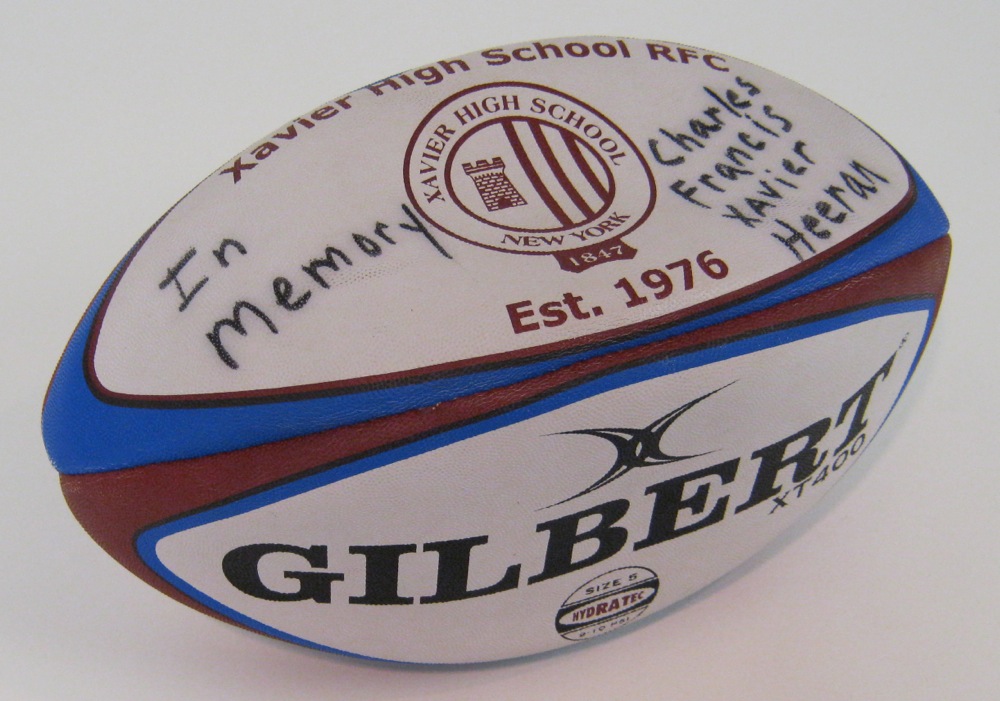 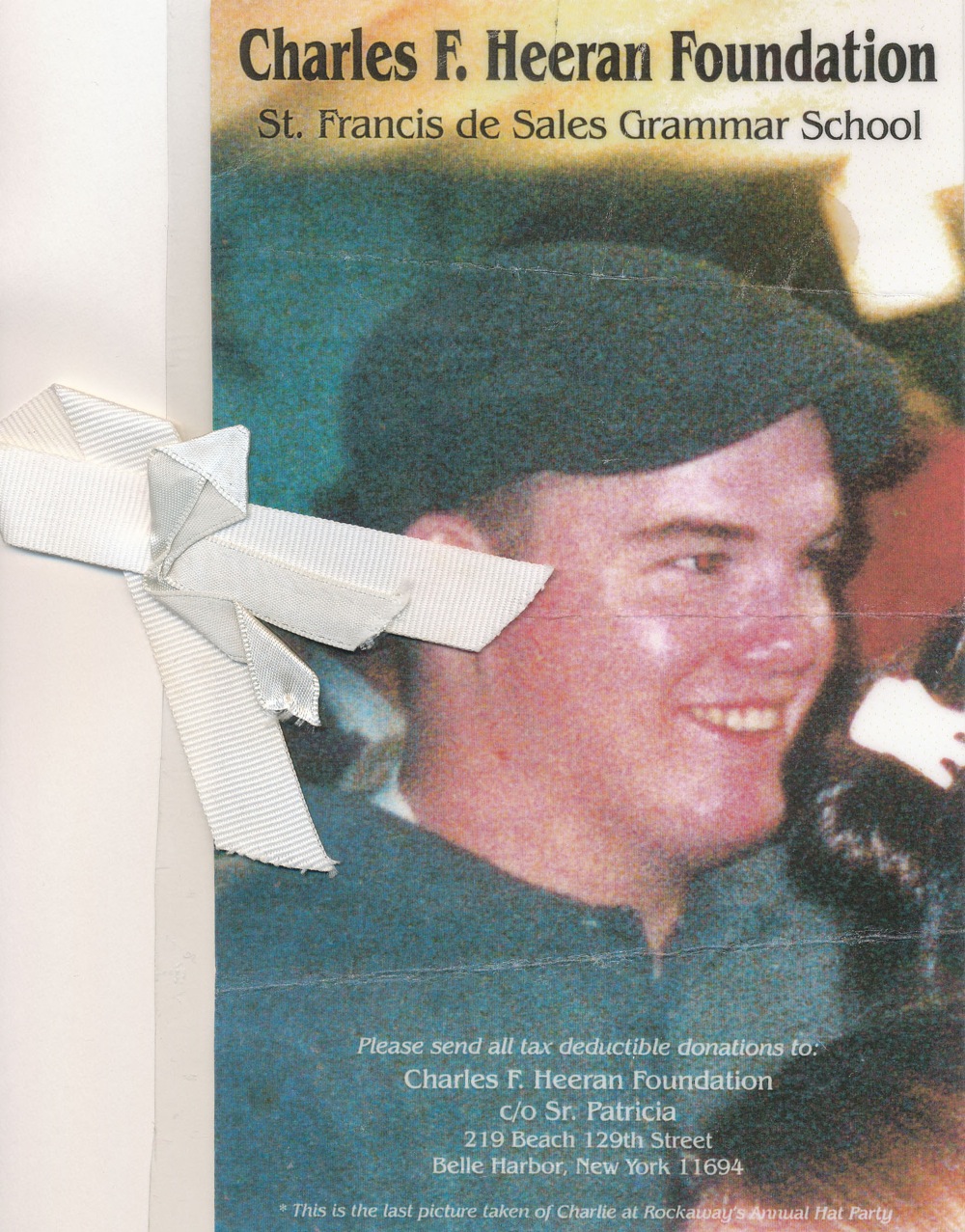 "What we love we never lose. All that we love deeply becomes a part of us" - "In loving memory of our brothers, Richie and Charlie, a donation has been made to Saint Francis de Sales Prayer Garden" - Lynn & Sean 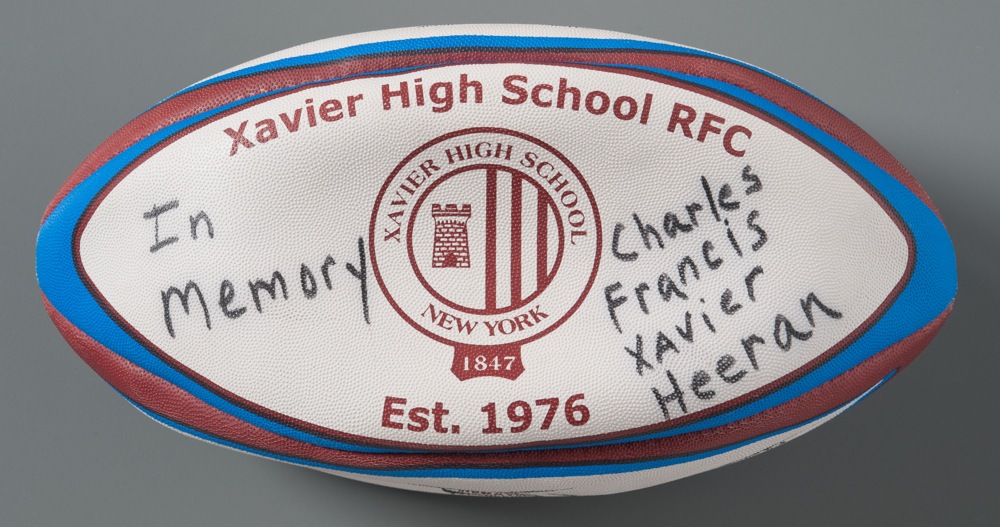 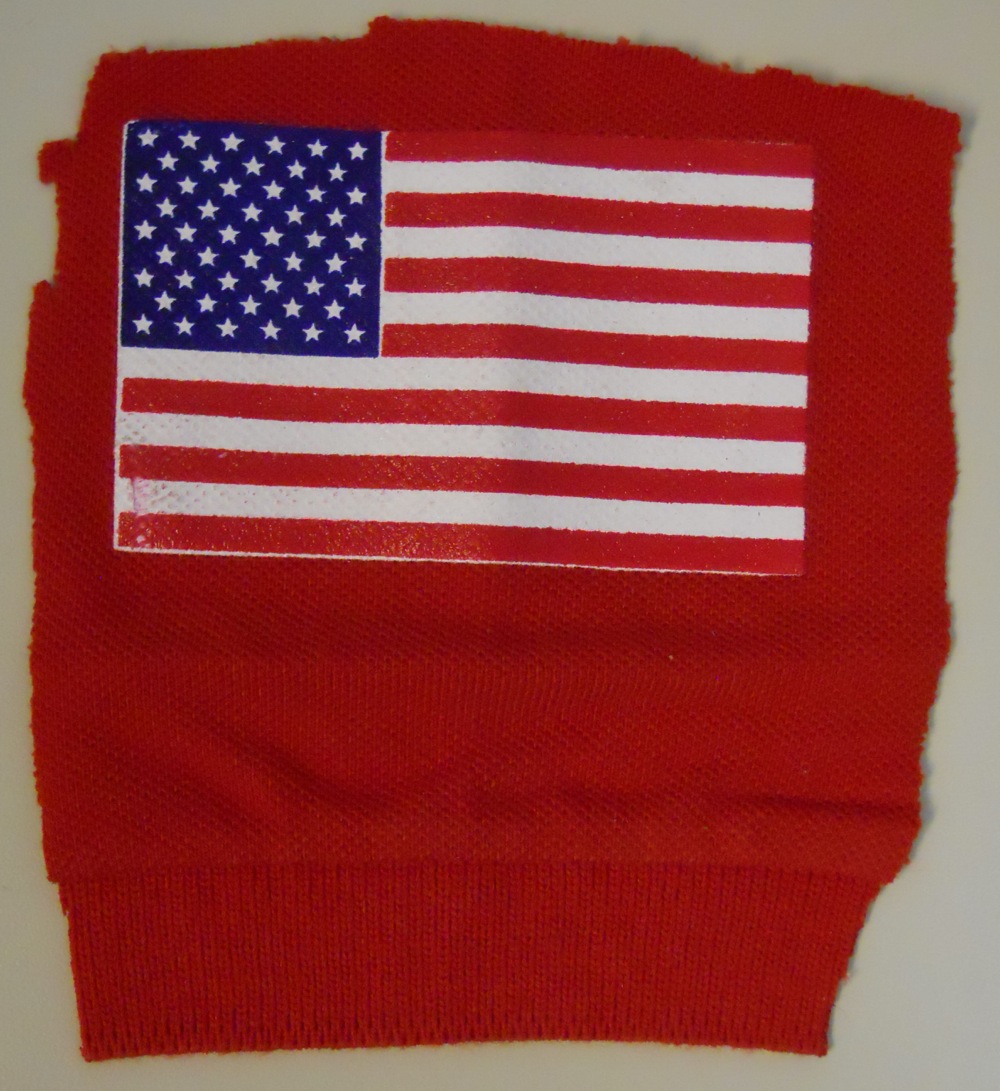 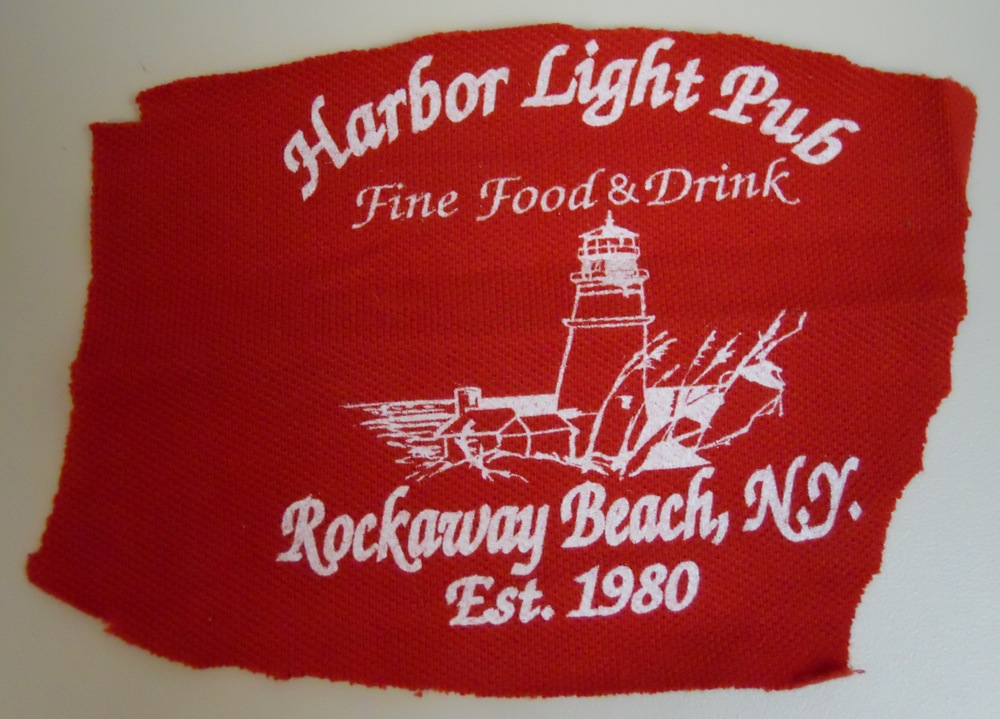 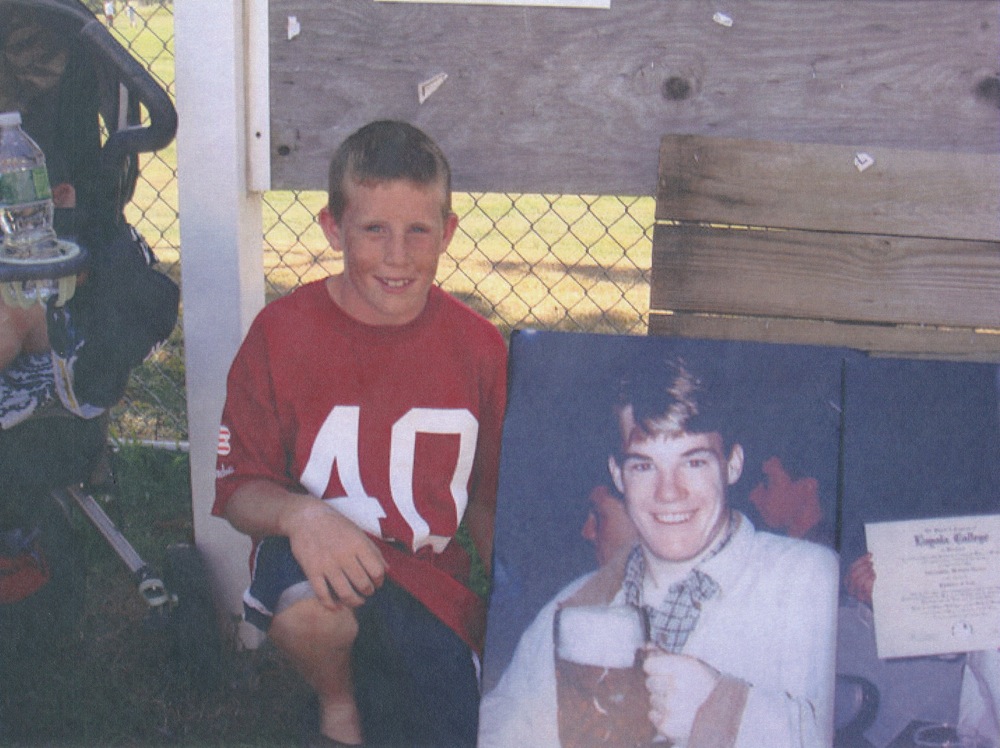 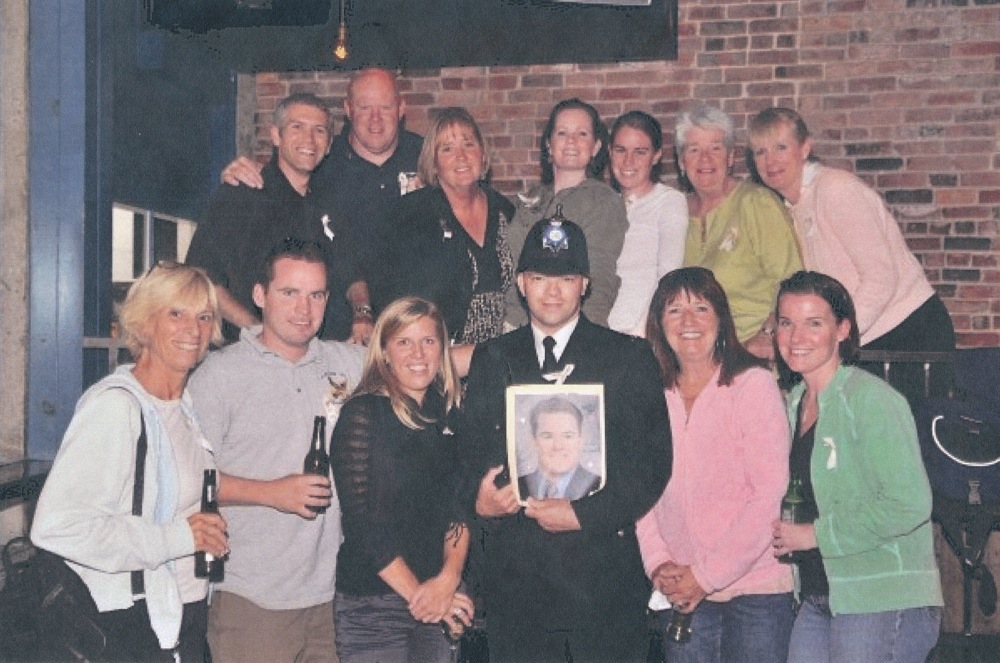 Friends and family with a picture of Charles 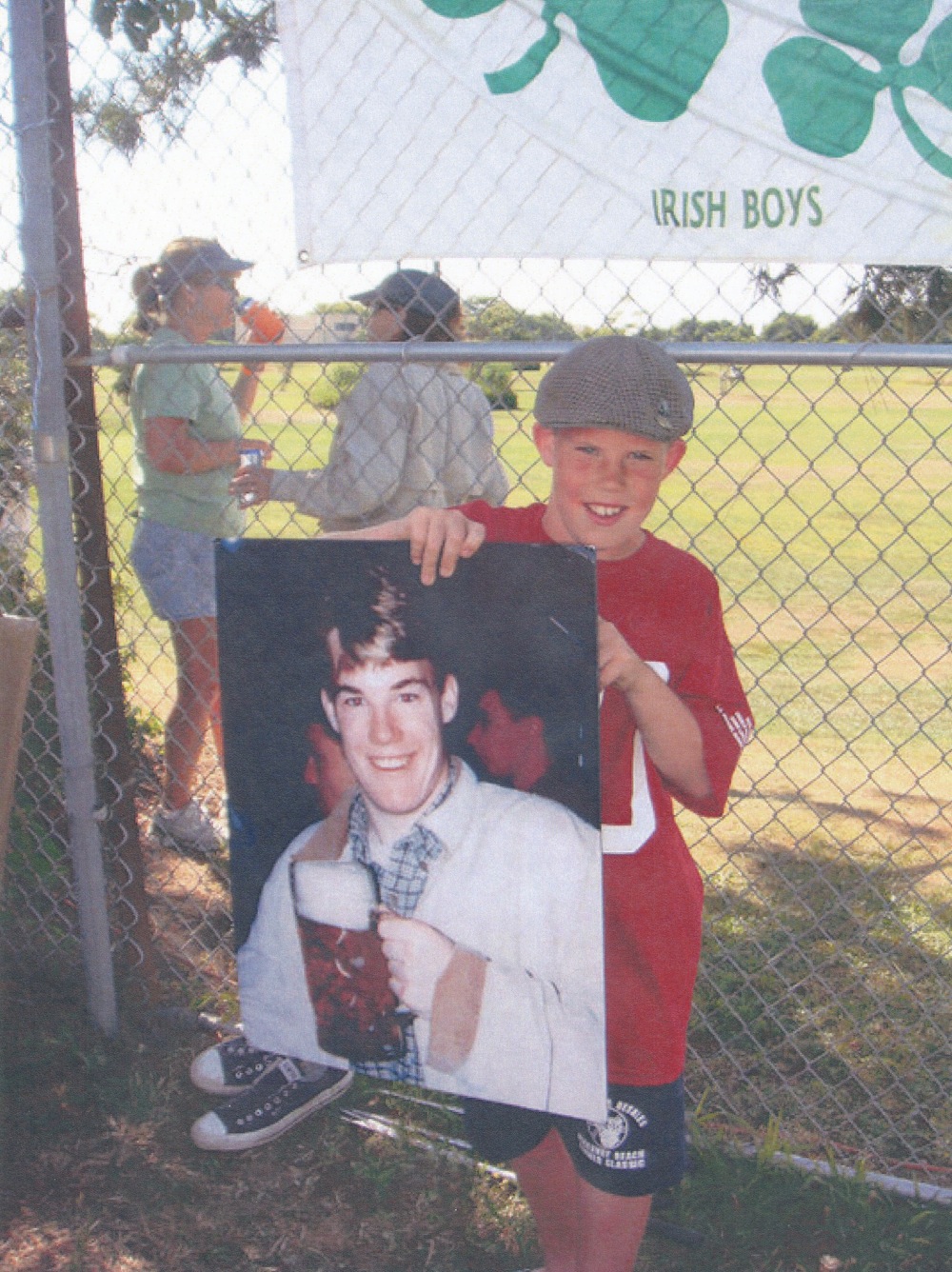 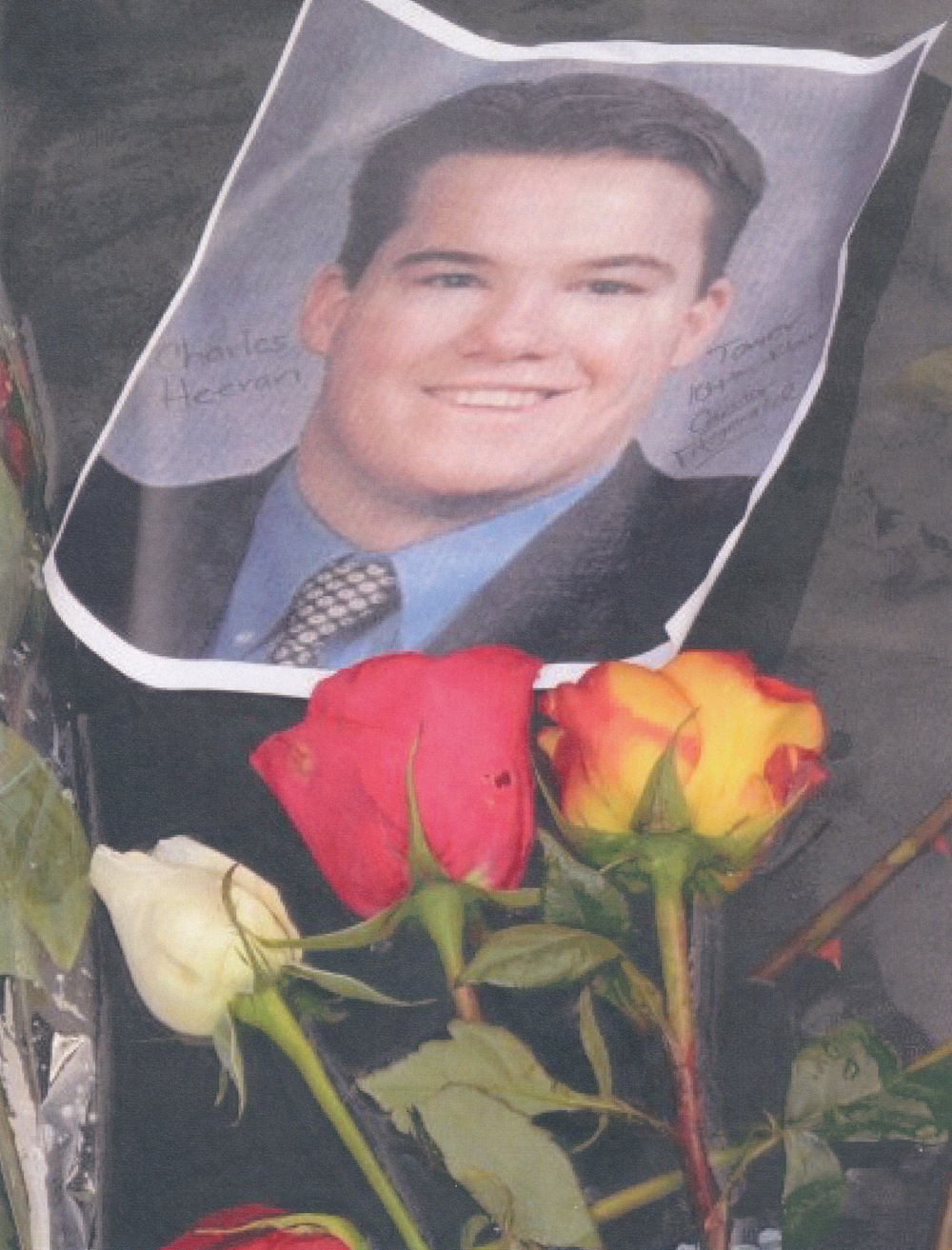 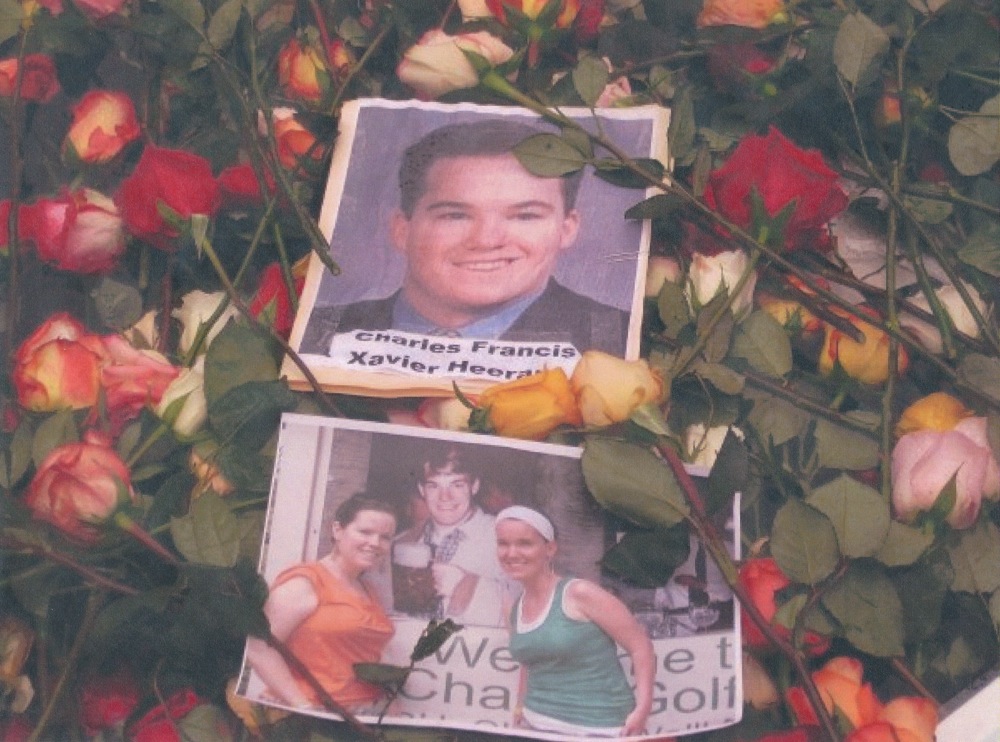 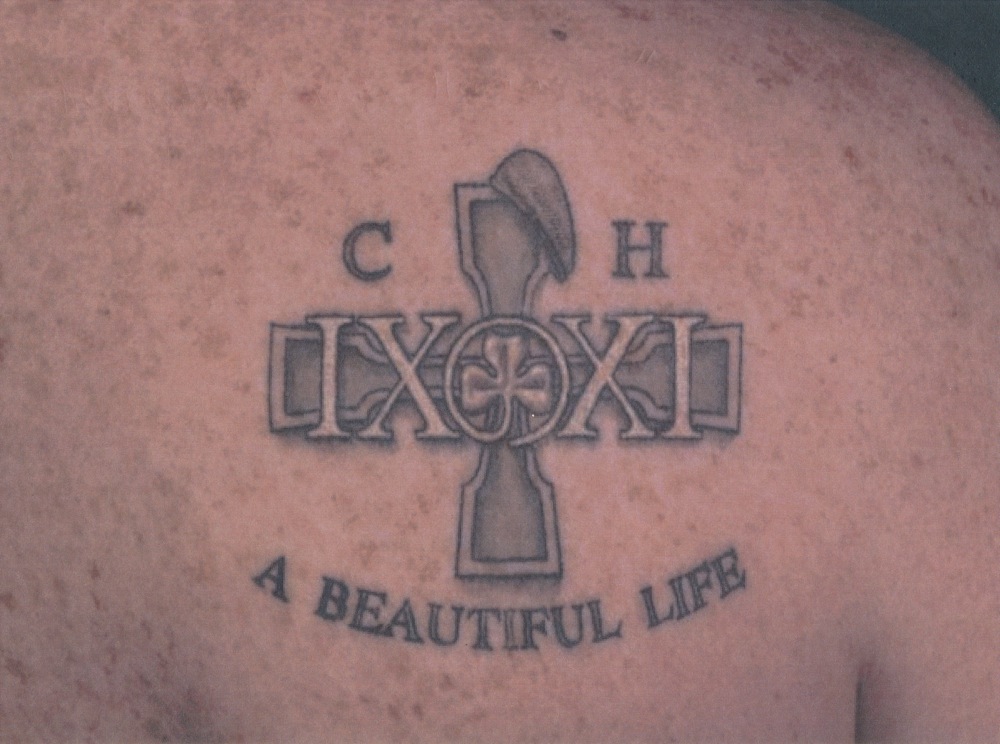 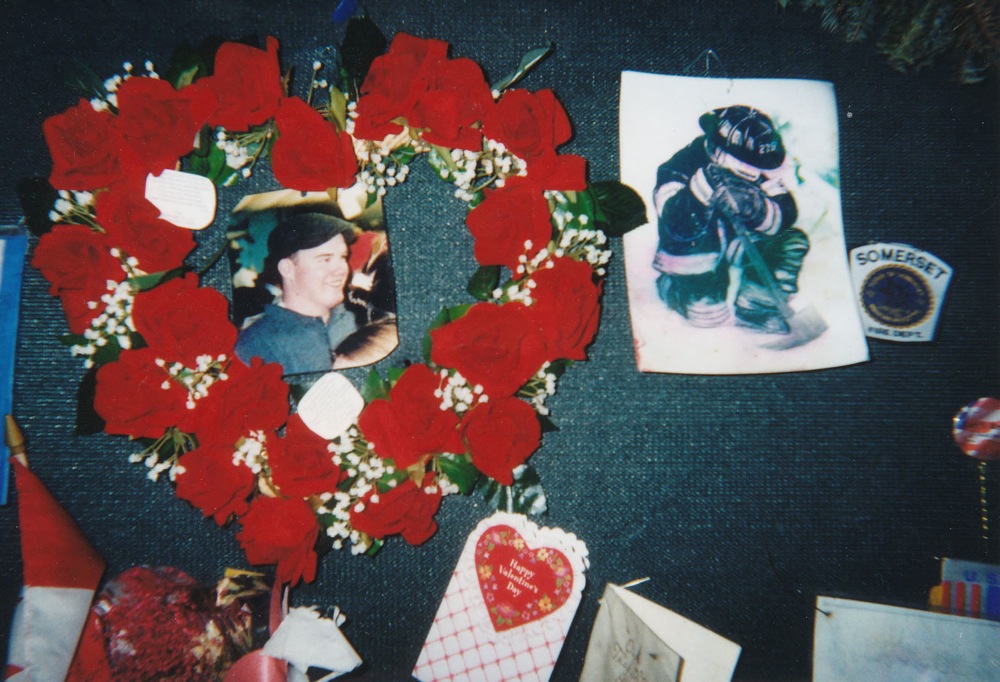 A few tributes to Charlie 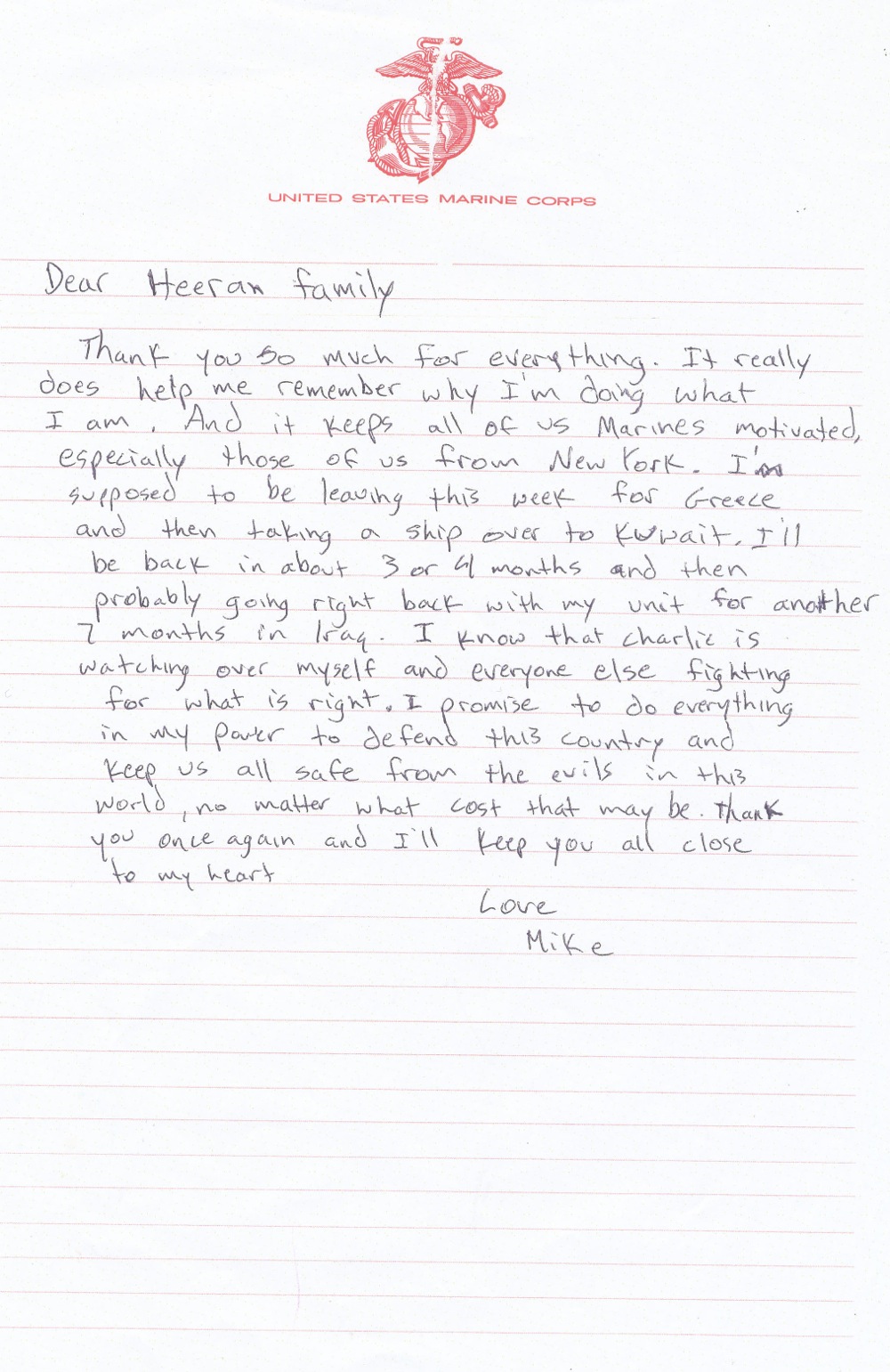 Letter sent to Heeran family from a friend of Charlies' who was serving in the Marine Corps. 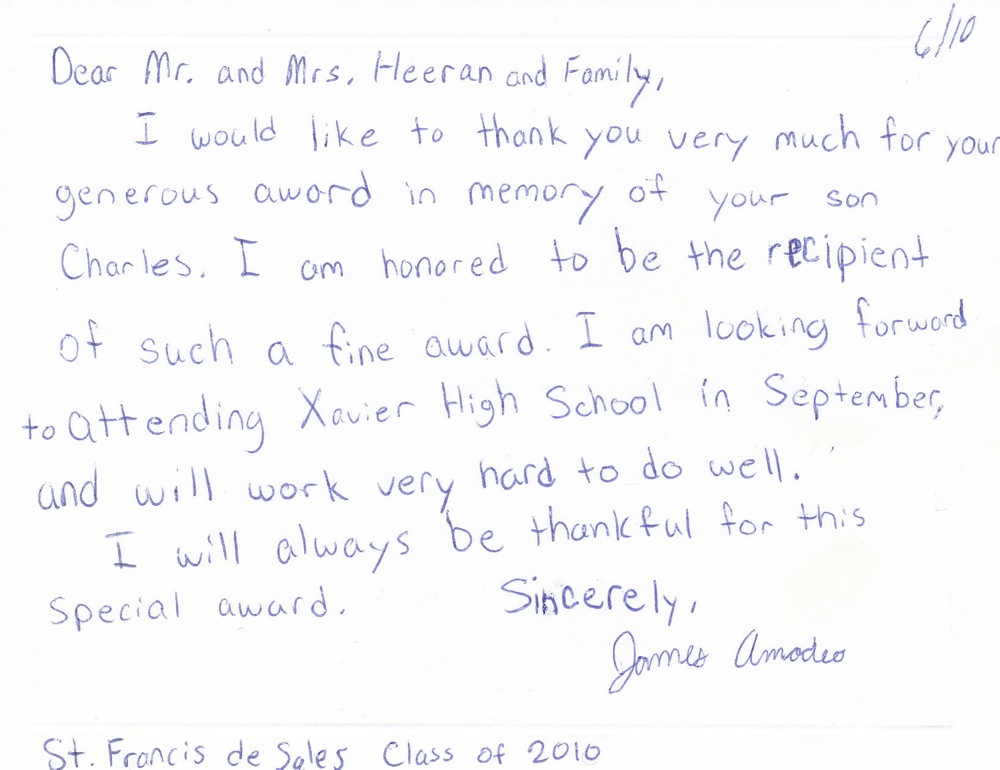 A letter from the recipient of an award created in honor of Charles Francis Xavier Heeran from the St. Francis de Sales Grammar School. 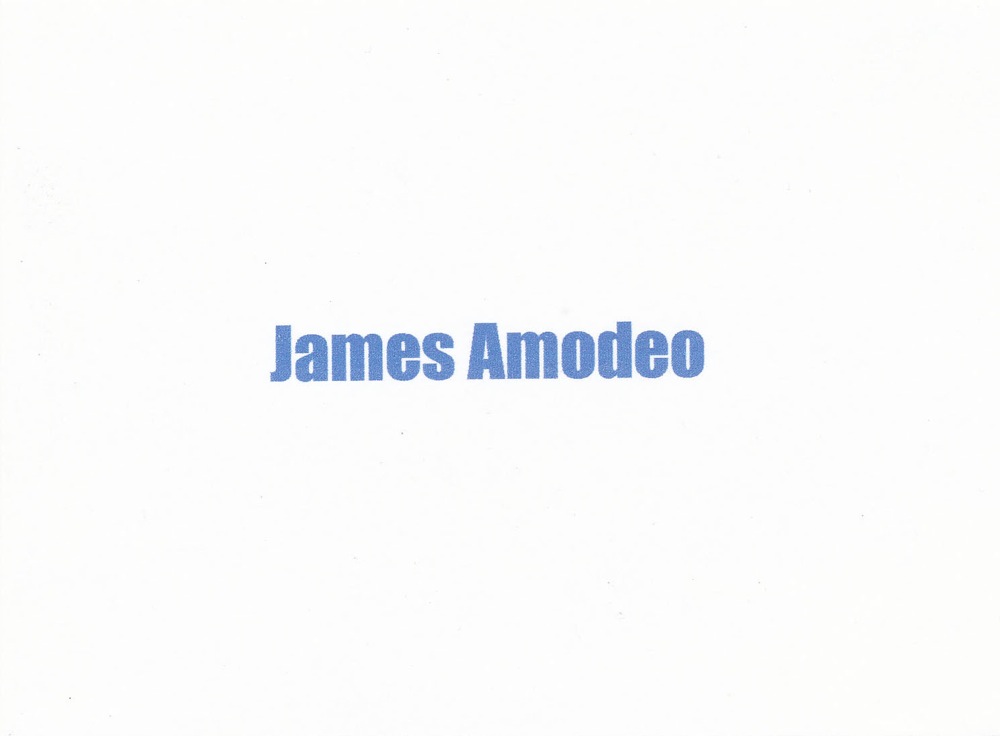 "Grieve not... nor speak of me with tears... but laugh and talk of me as though I were beside you. I loved you so... 'twas heaven here with you" 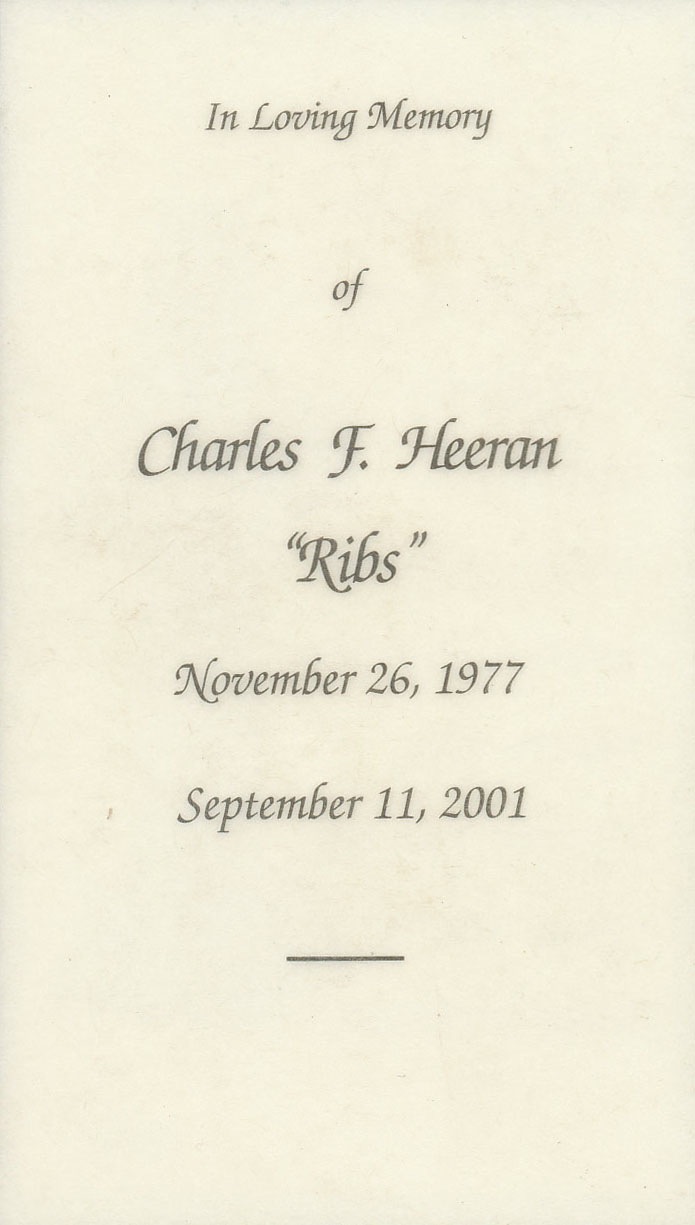 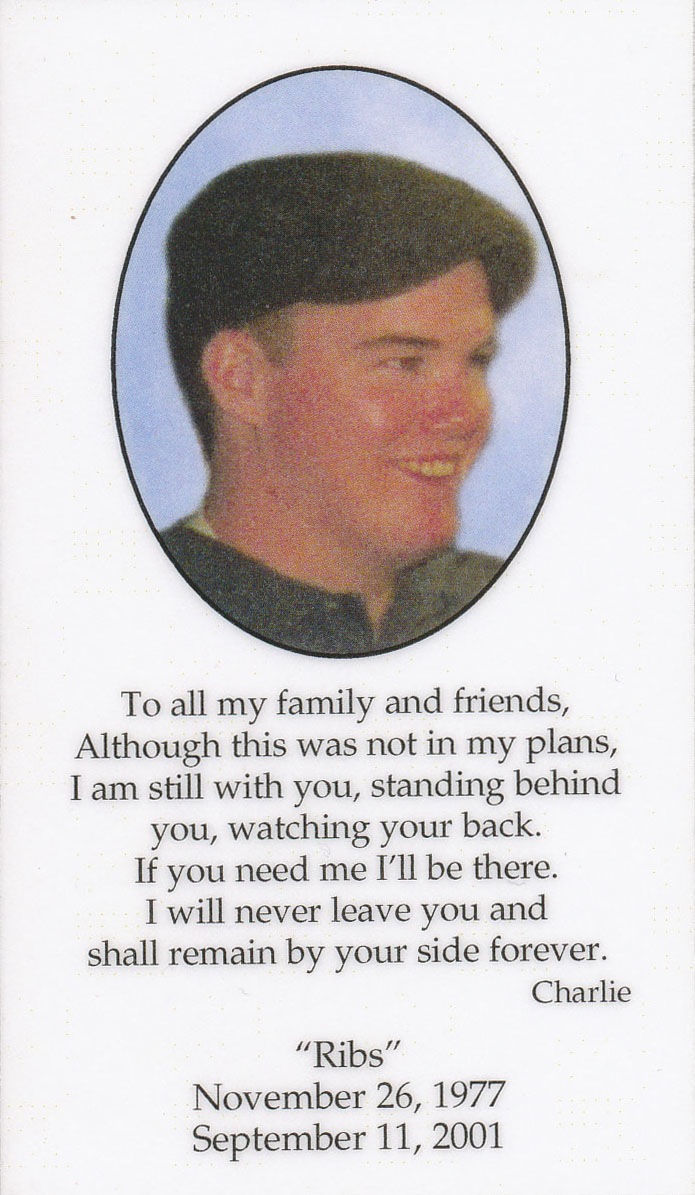 "To all my family and friends, Although this was not in my plans, I am still with you, standing behind you, watching your back. If you need me I'll be there. I will never leave you and shall remain by your side forever. - Charlie 'Ribs' Heeran" 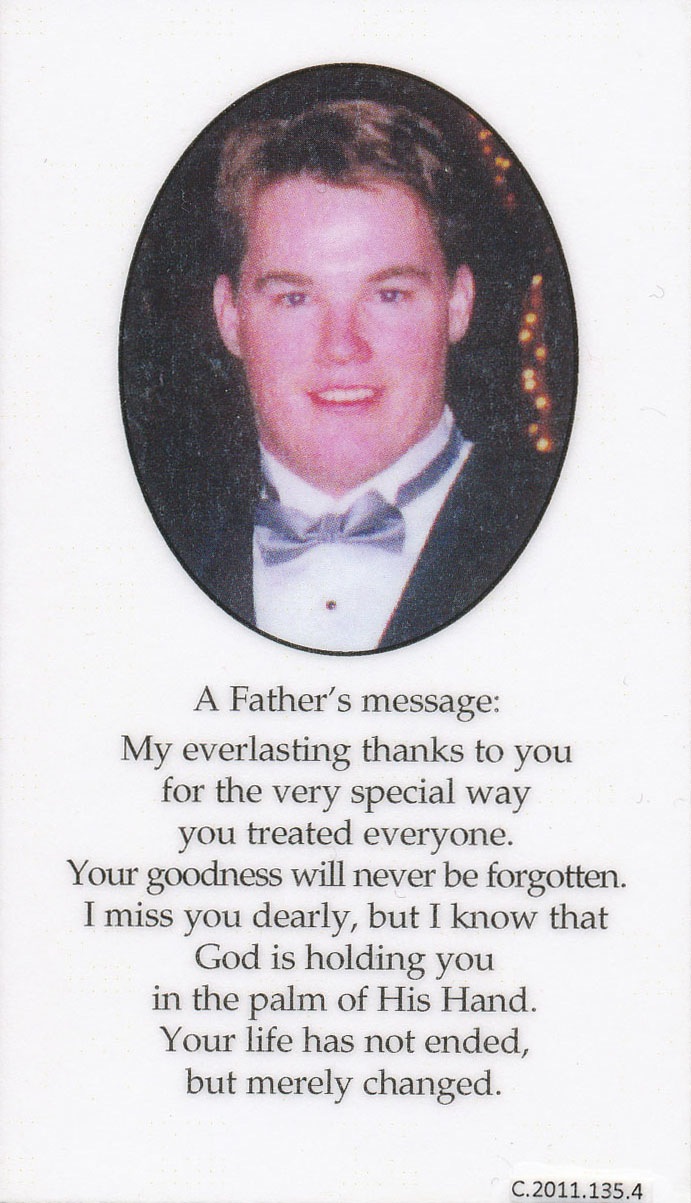 A Father's message: "My everlasting thanks to you for the very special way you treated everyone. Your goodness will never be forgotten. I miss you dearly, but I know that God is holding you in the palm of His Hand. Your life has not ended, but merely changed." 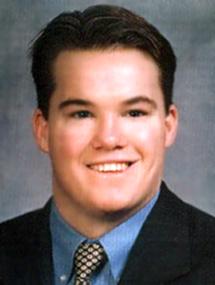 A graduate of the University of Scranton in 2000, Charlie started working for Cantor Fitzgerald on the Institutional Equities desk in June of that year. His amazing personality and passion to be a hard worker made him an instant success. He had a unique charisma that made others want to be around him… Charlie could always make you laugh. These qualities allowed him to accomplish many things at the young age of 23 that most guys don’t get to until about 30 in their Wall Street careers. The kid “had it.”

He was a loving brother, a loving son, and everyone’s best friend. His determination to succeed was like no other and all he ever wanted was to make his parents, brothers, sisters, and friends proud. He brought the word “confidence” to a new level… if there was a job to be done and Charlie was at the helm, the job would get done and be done well. He was one of a kind and he’ll be missed every second of the day. However he will never be forgotten because “nobody ever forgets meeting Charlie.”

Charles Francis Xavier Heeran gave up a promotion to stay in New York City. Only 23 and a little more than a year out of college, Mr. Heeran had risen quickly as a bond trader at Cantor Fitzgerald. But when he was offered a promotion that meant moving to the company's London office, he declined.

"He wanted to stay near his friends and family," said his father, Bernard Heeran. A natural extrovert, Mr. Heeran loved to get together with people. His great-aunt Bernadette Hay Griffin said, "He was a great organizer of parties. He would gather 30 people and go to `Tony and Tina's Wedding,' " the long-running Off Broadway show.

He was also generous with his friends. His father said: "He was always buying cocktails to get the party going. He wasn't tight with a buck."

Mr. Heeran grew up in Rockaway Beach, Queens, and went to Xavier High School in Manhattan. He was one of 10 Xavier graduates and 16 twins who disappeared in the World Trade Center on Sept. 11.