The world will never forget you.

Andrew with his wife and two kids 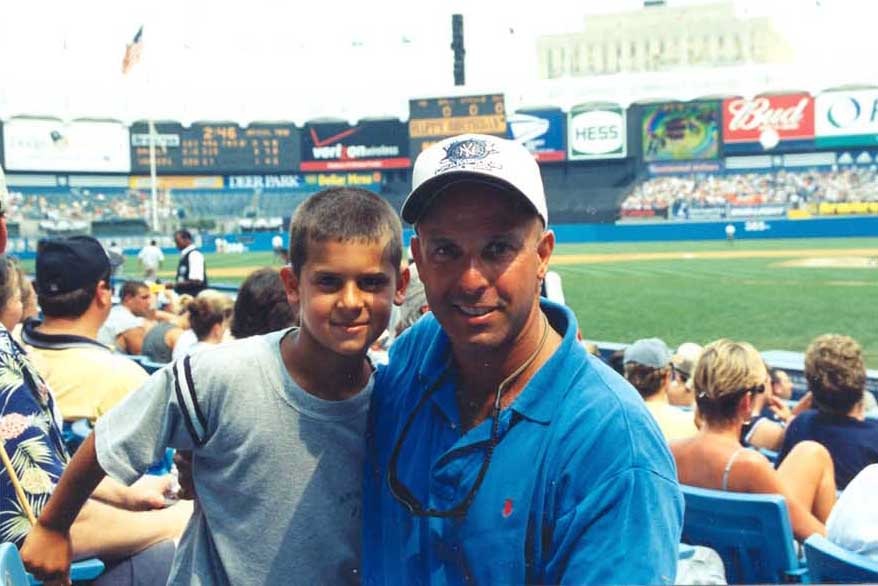 Andrew with his Son at a Yankees Game 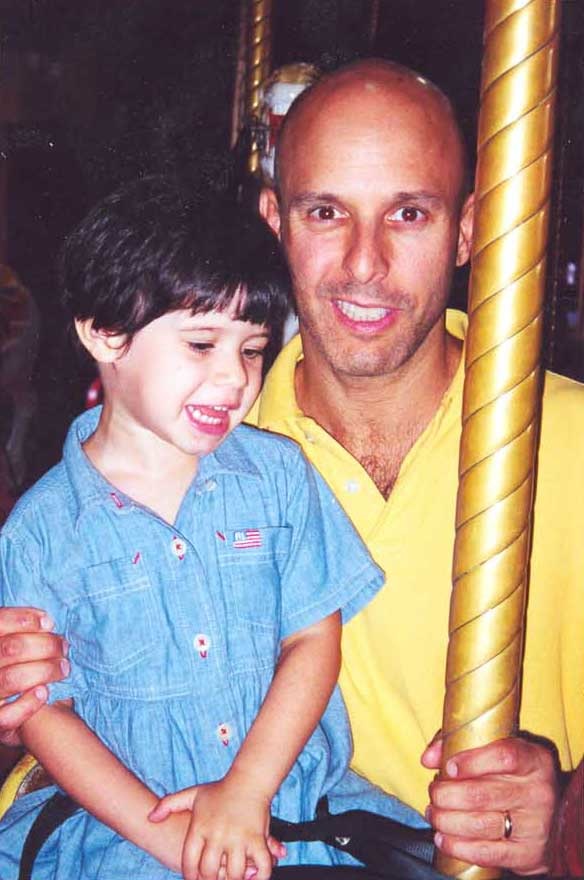 Andrew and his son Daniel on a merry-go-round

A photo of Andrew and his wife Katie 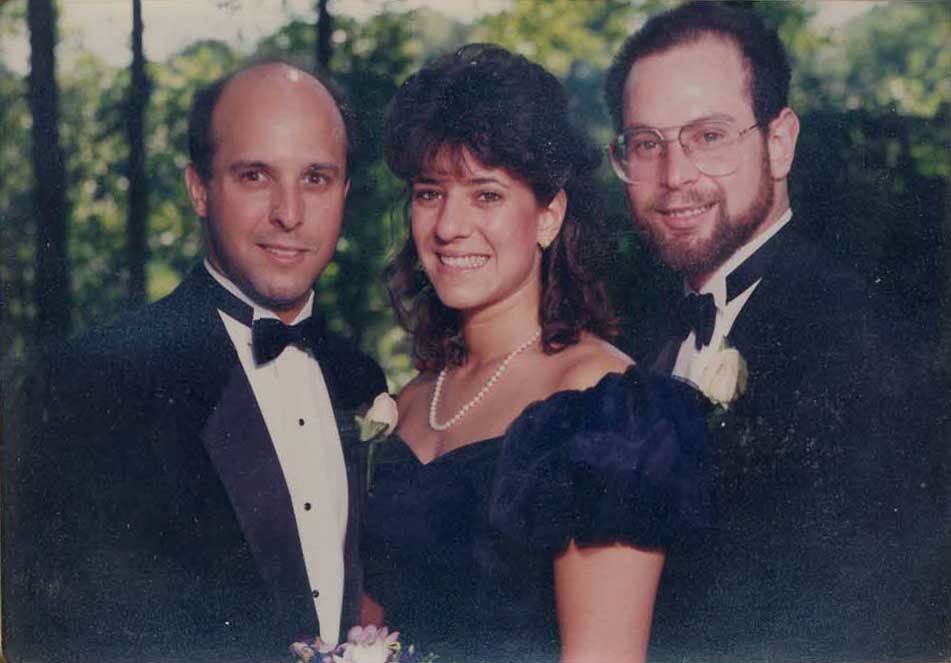 Andrew with his brother and sister in suits

Andrew and his siblings

Andrew cooking chicken on the grill 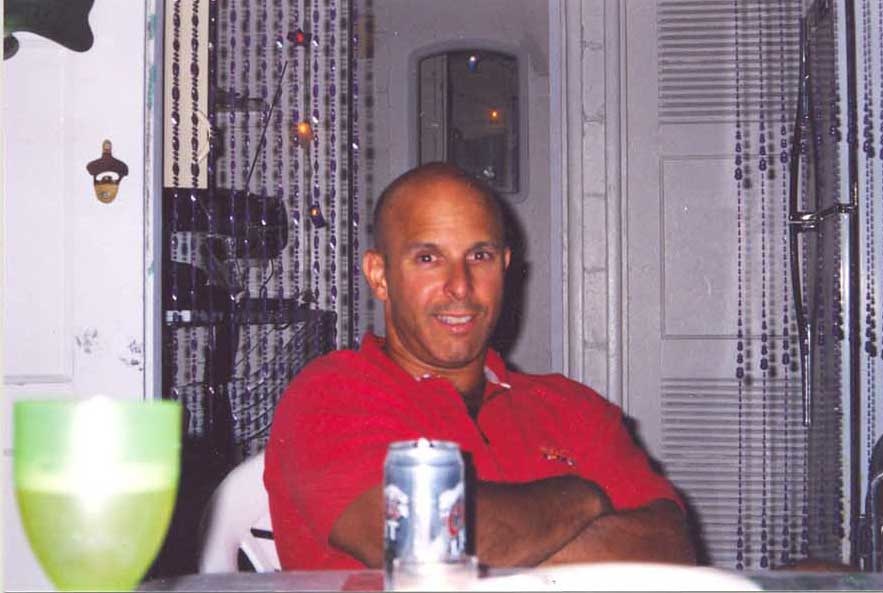 The cover of the Lynbrook 911 Memorial Program 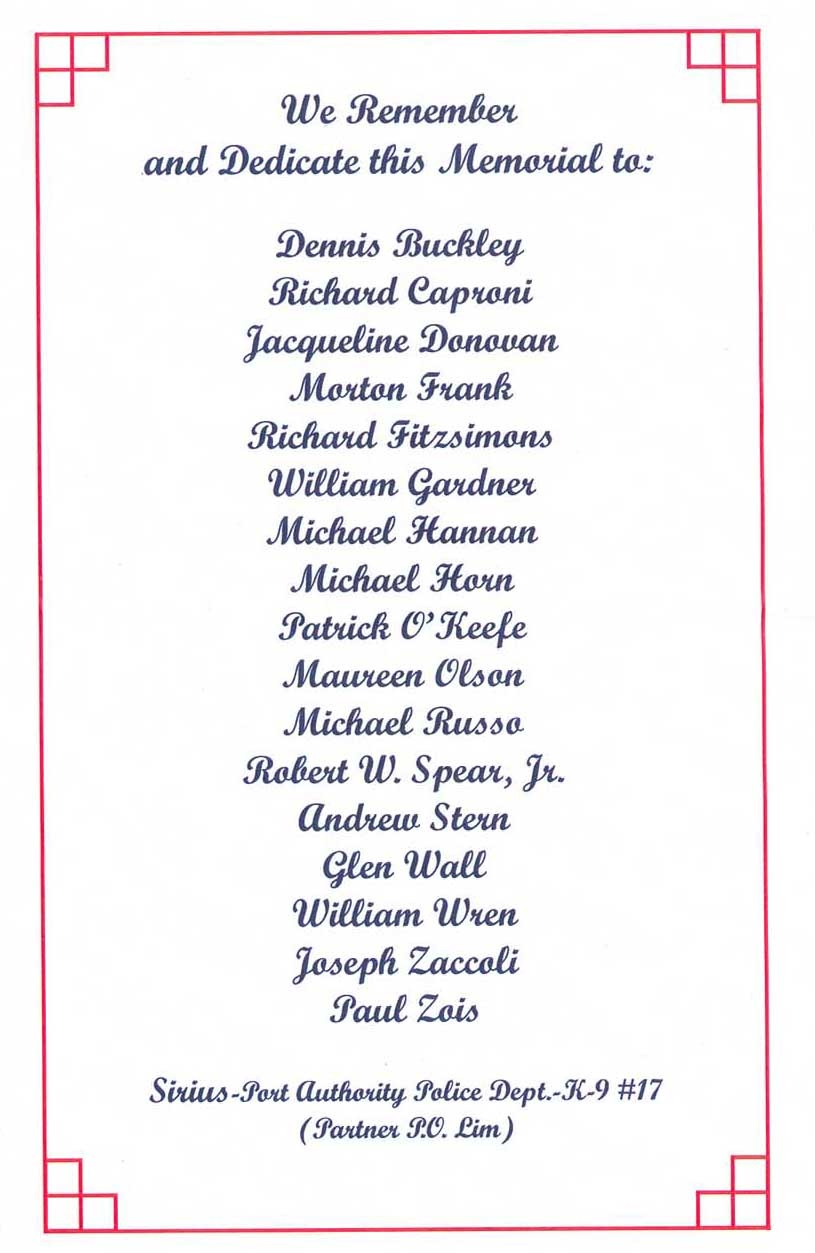 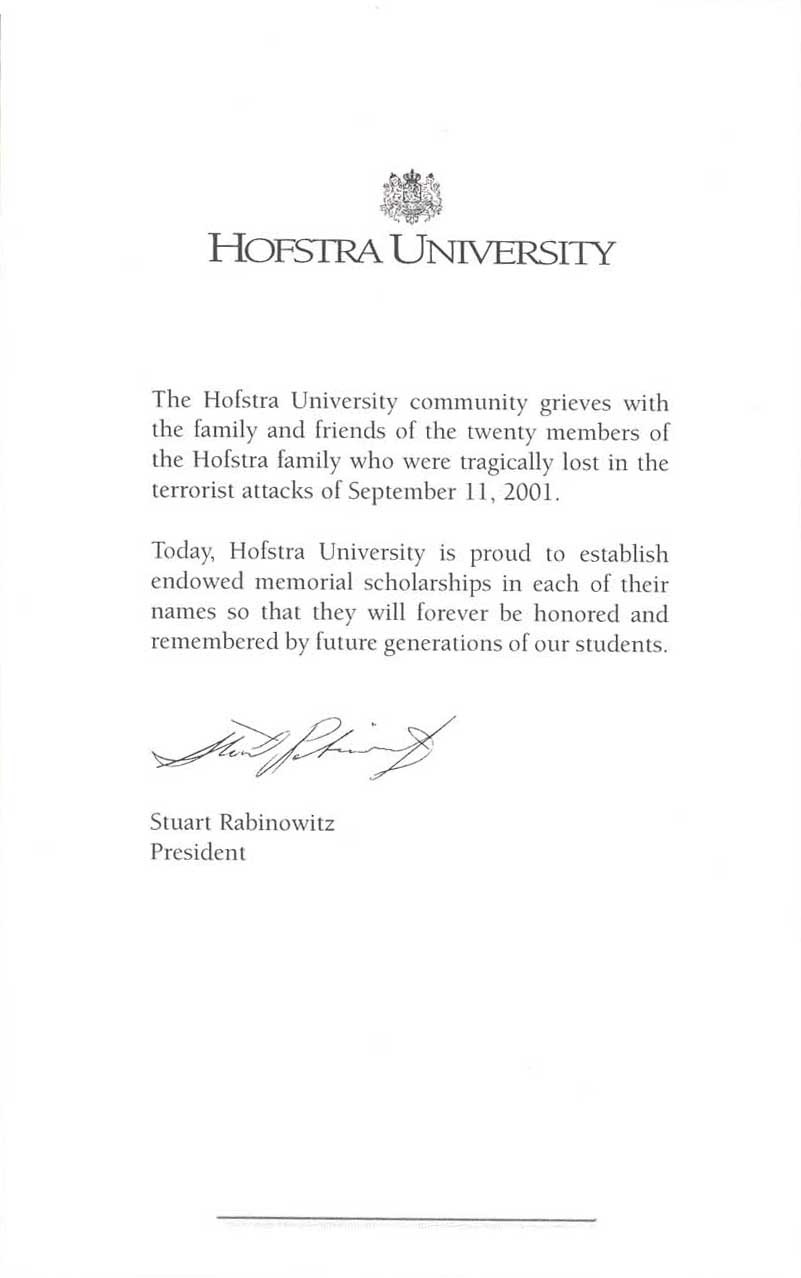 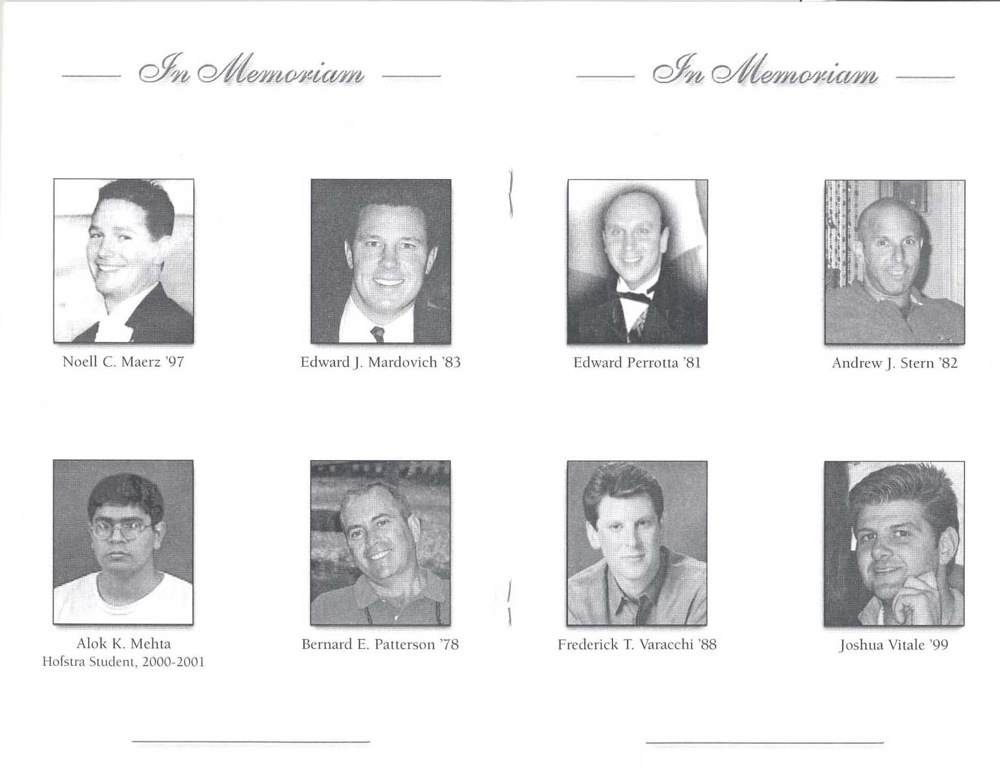 Hofstra University Memorial Program, featuring a list of the victims

A collage of photos of Andrew 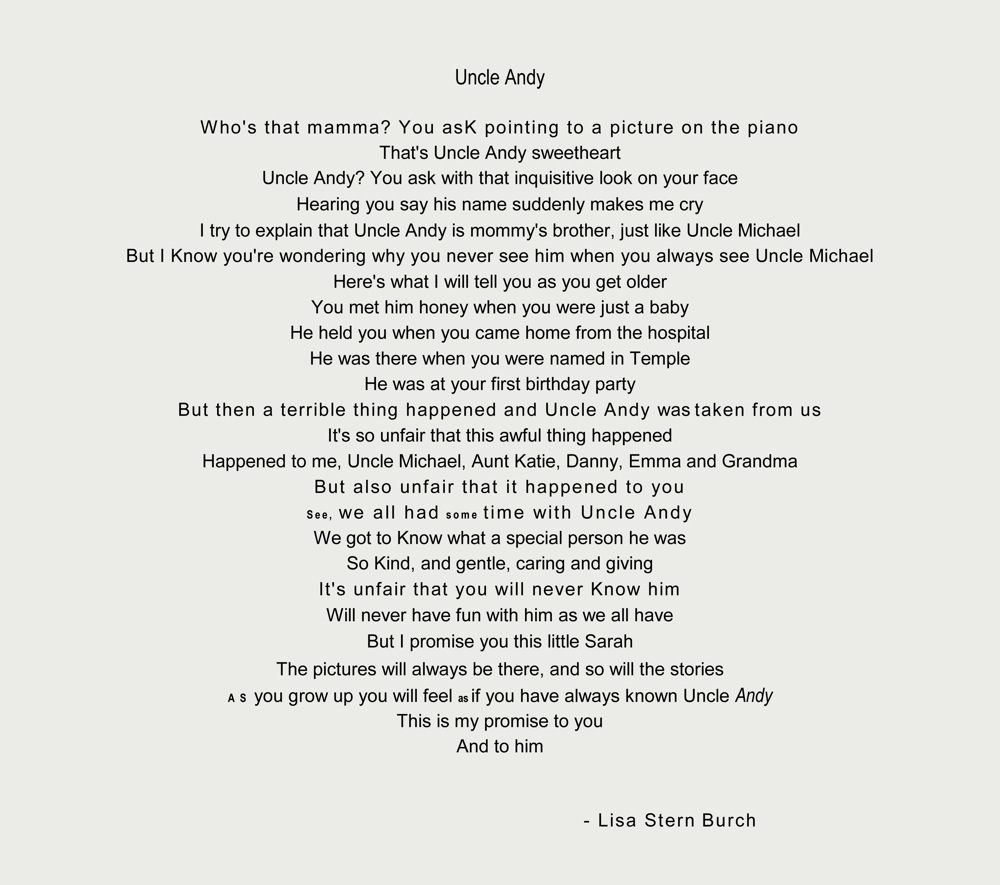 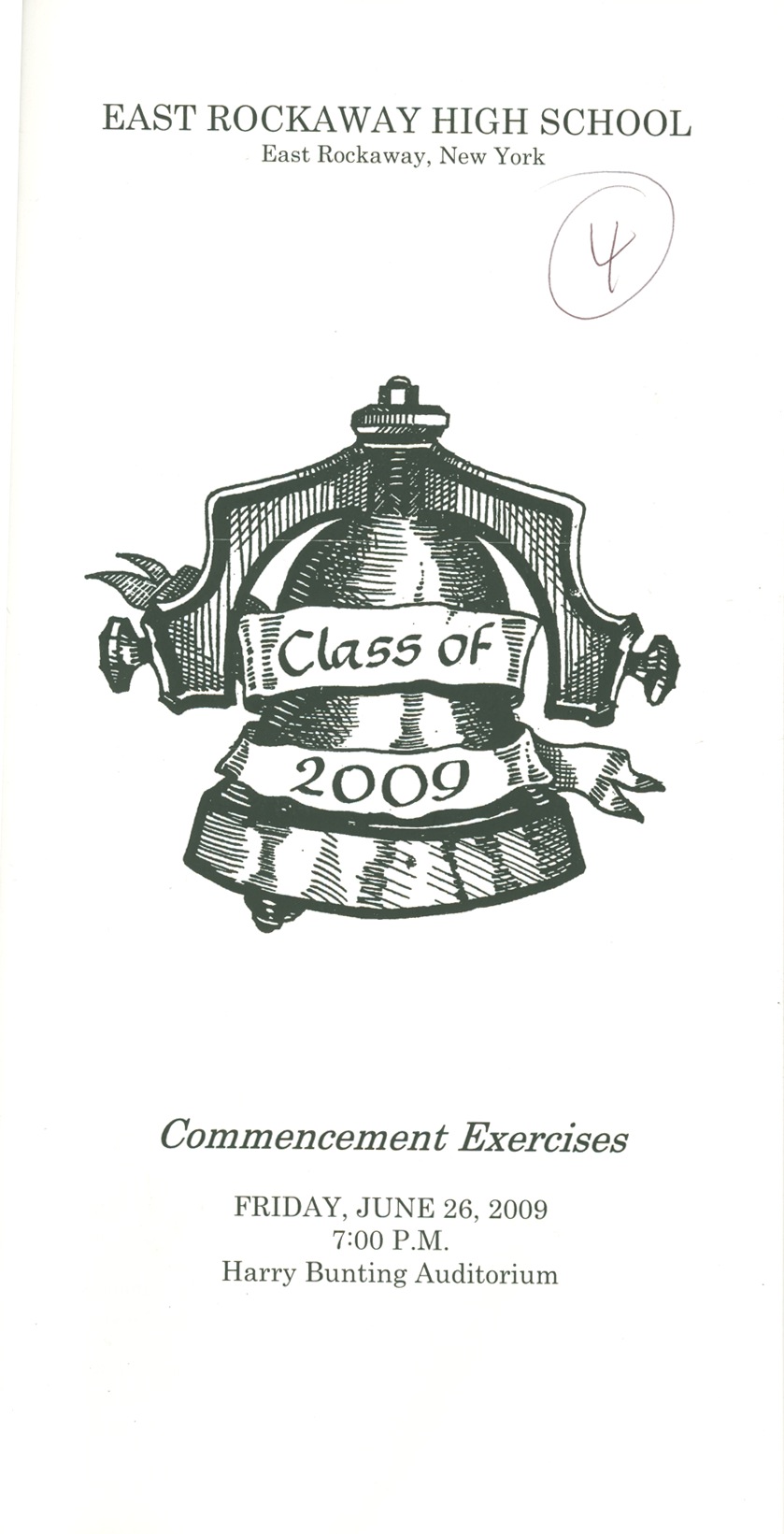 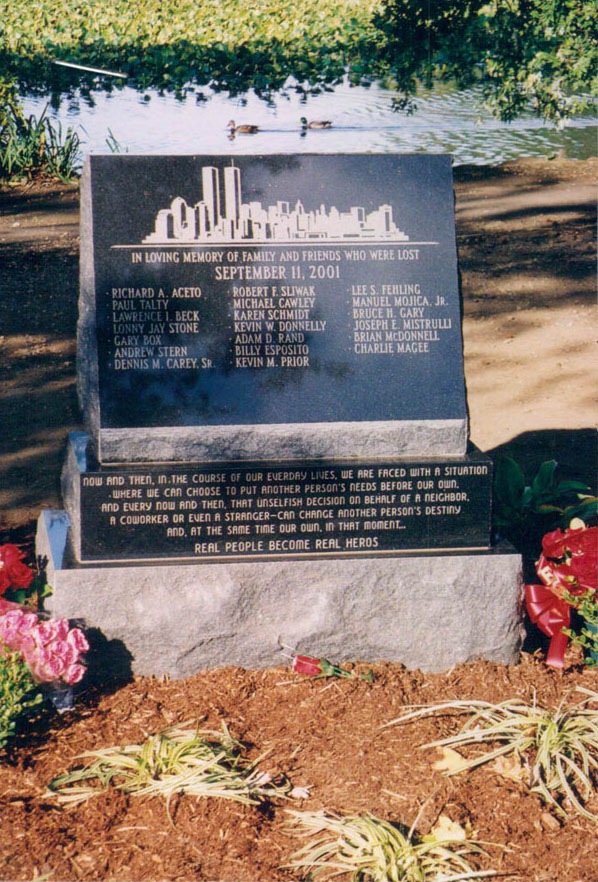 9/11 Memorial Garden dedicated to Andrew and other victims 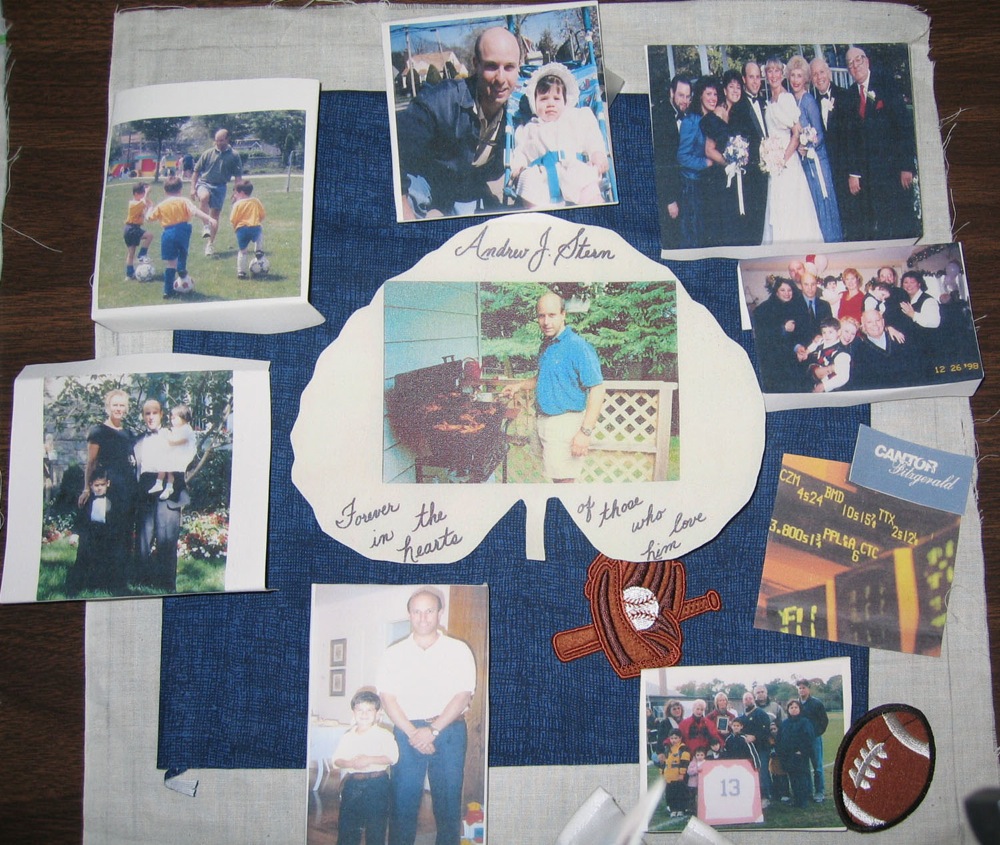 A quilt in remembrance of Andrew Stern 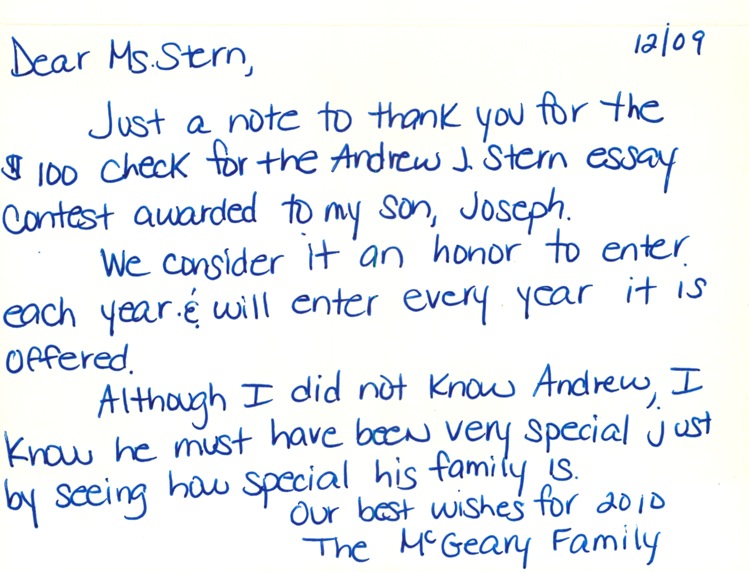 A thank you note from the McGeary Family 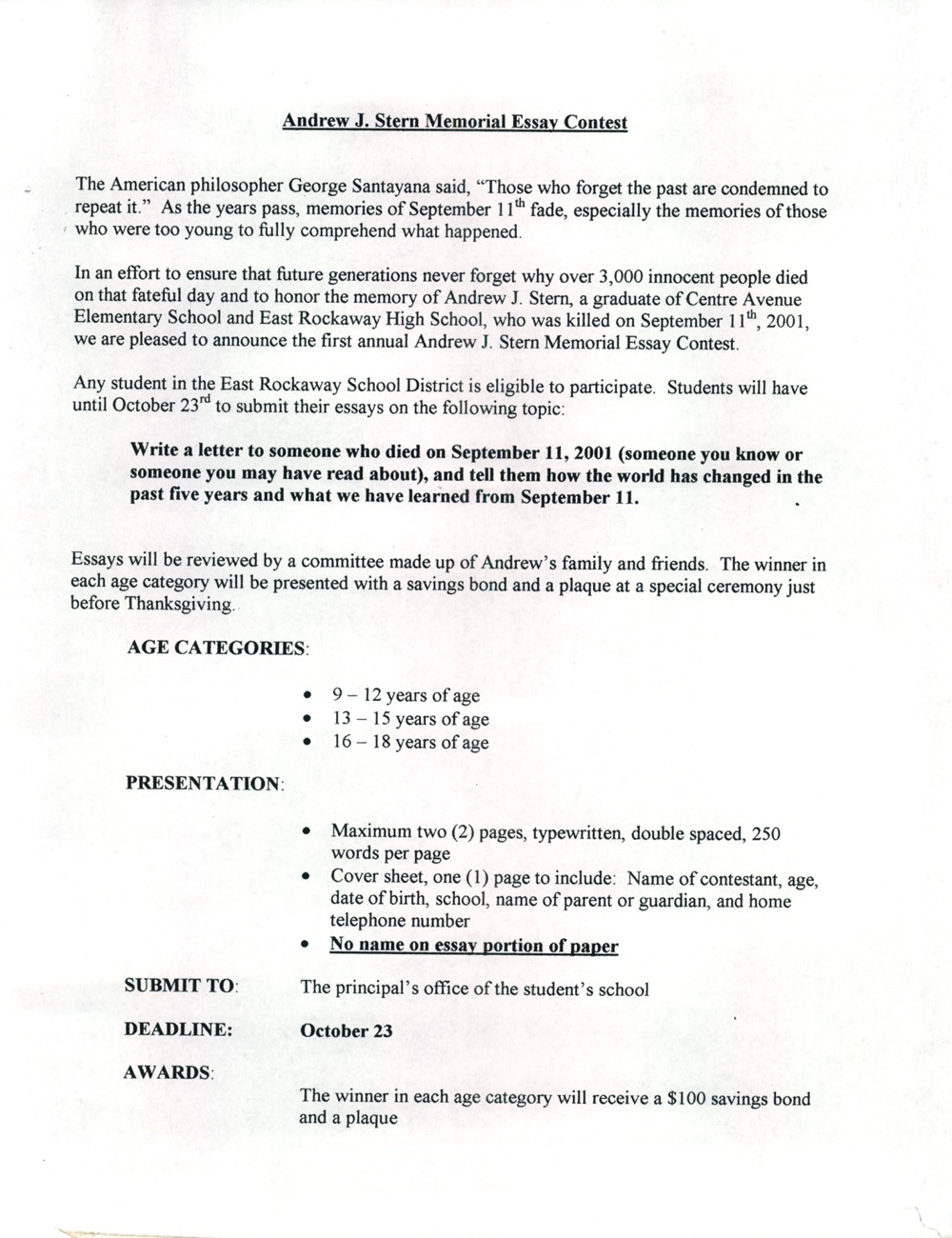 The outline for the 2008 Andrew Stern essay competition 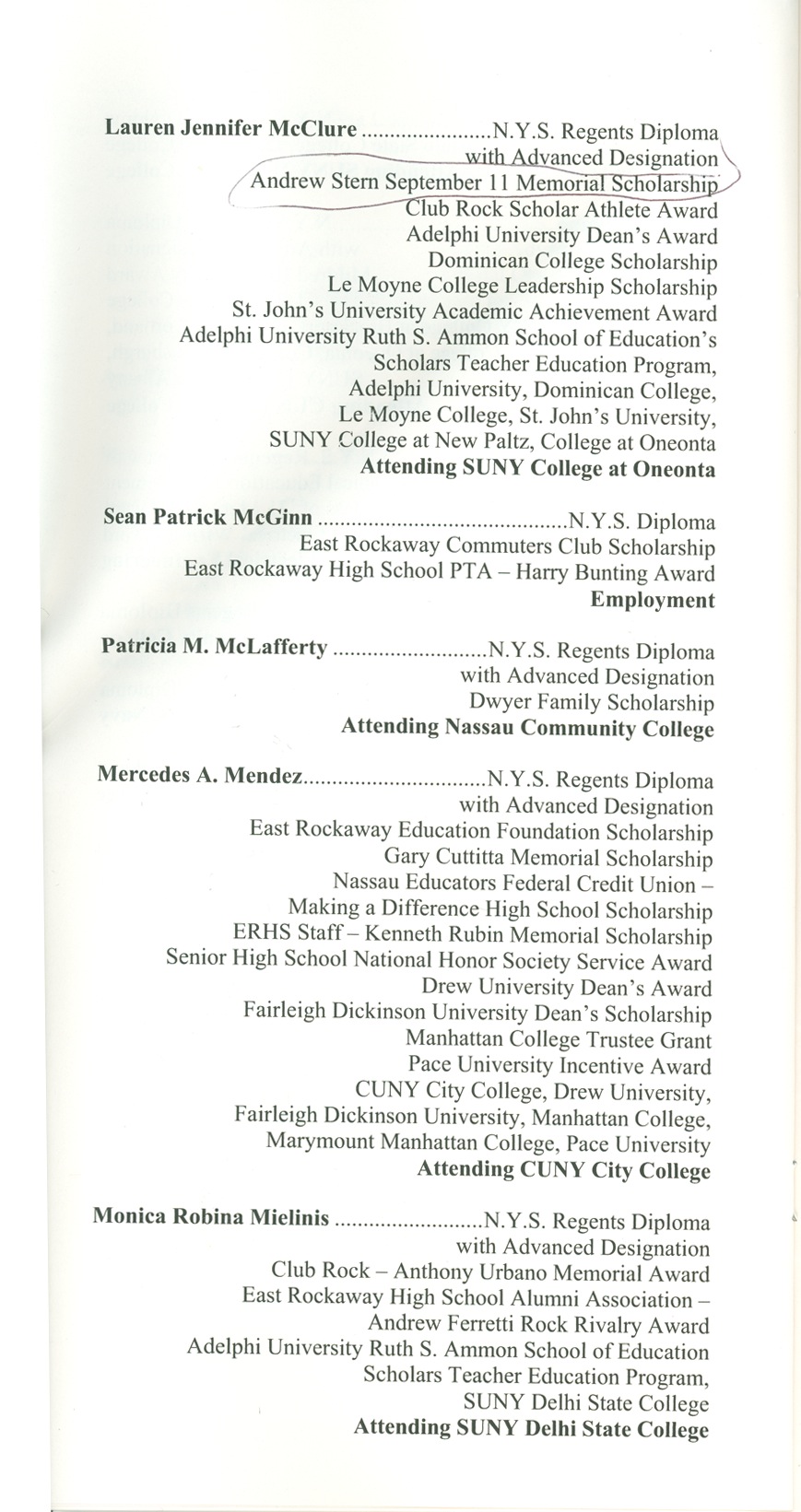 The yearbook page for the Stern Memorial Scholarship recipient 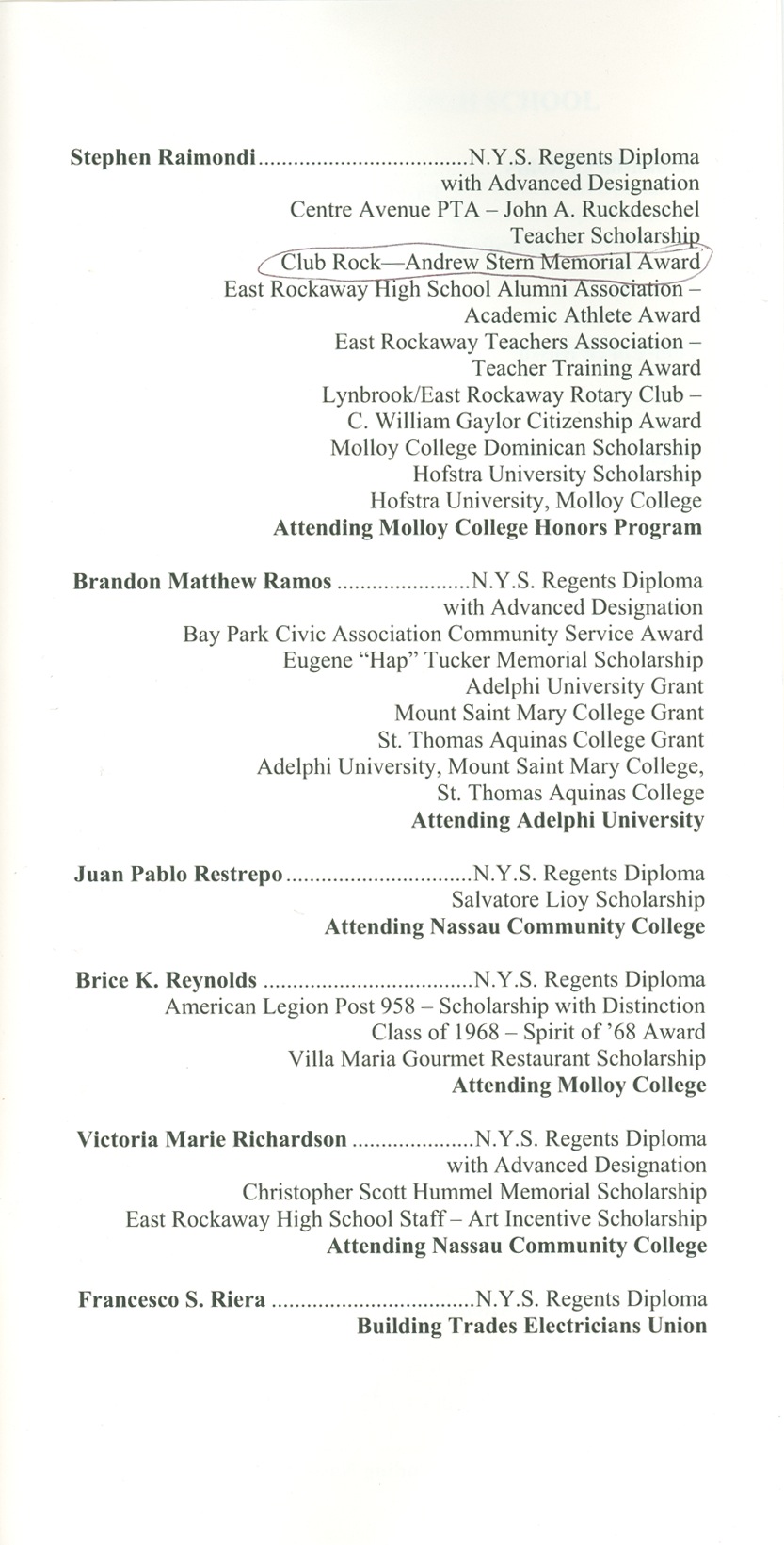 The yearbook page for the Andrew Stern Memorial Award Recipient 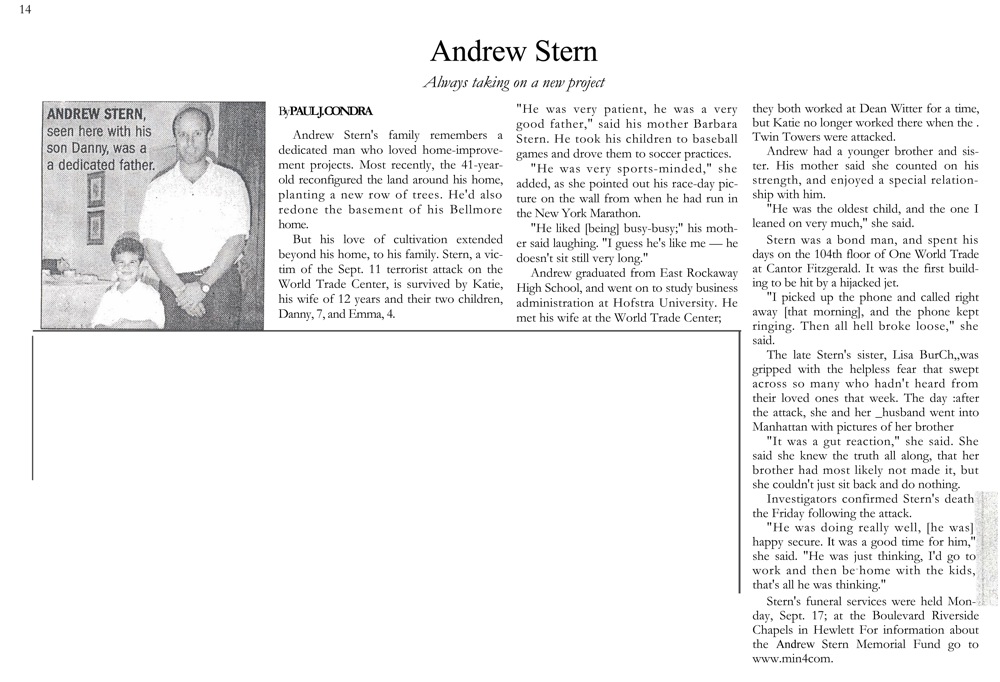 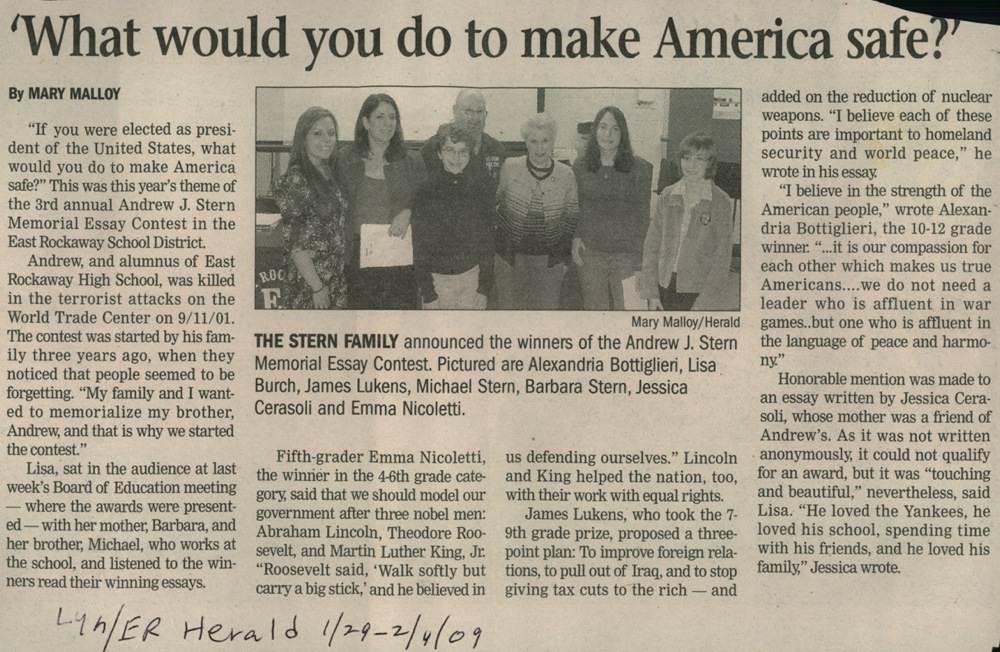 An article about the 3rd annual Andrew Stern essay competition 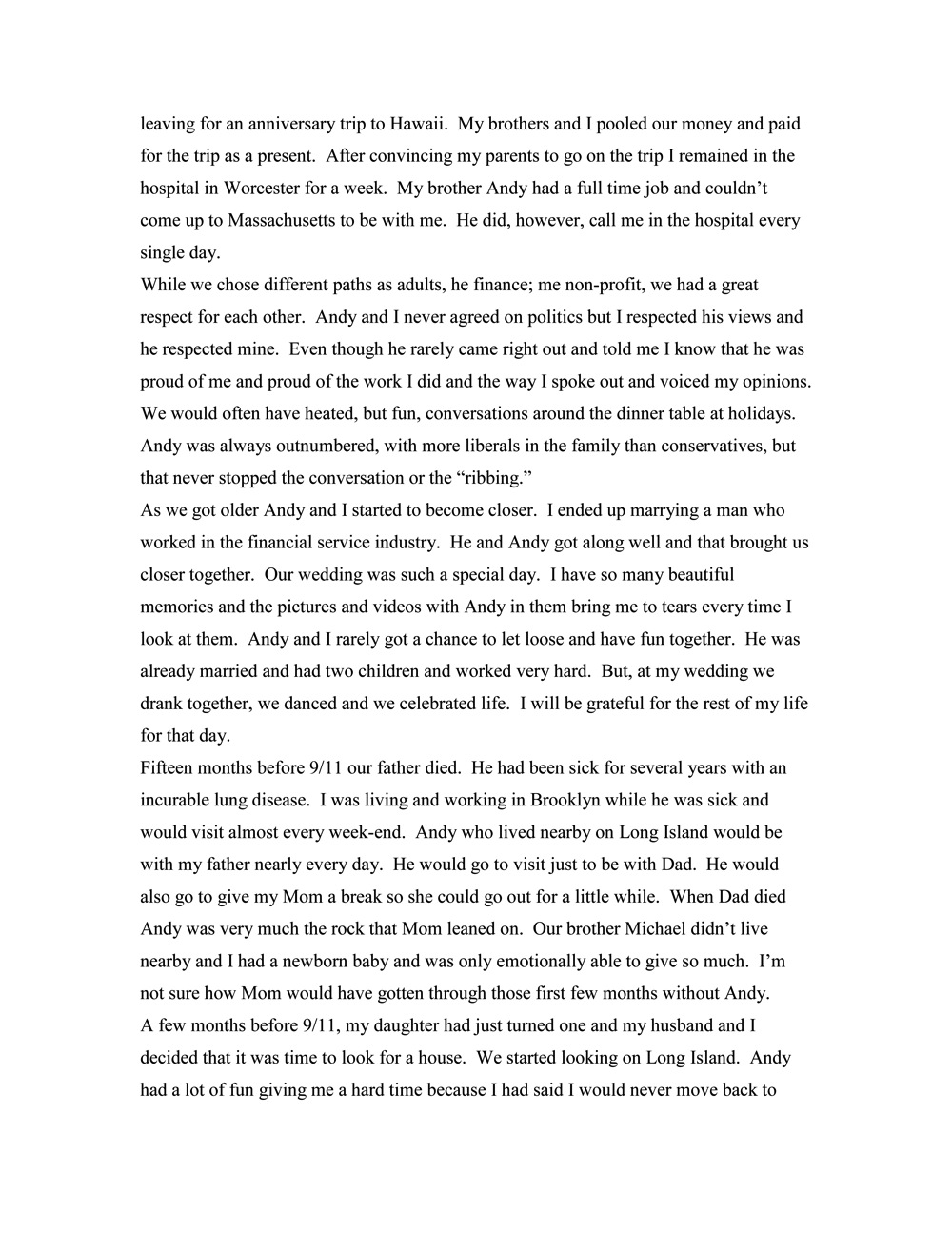 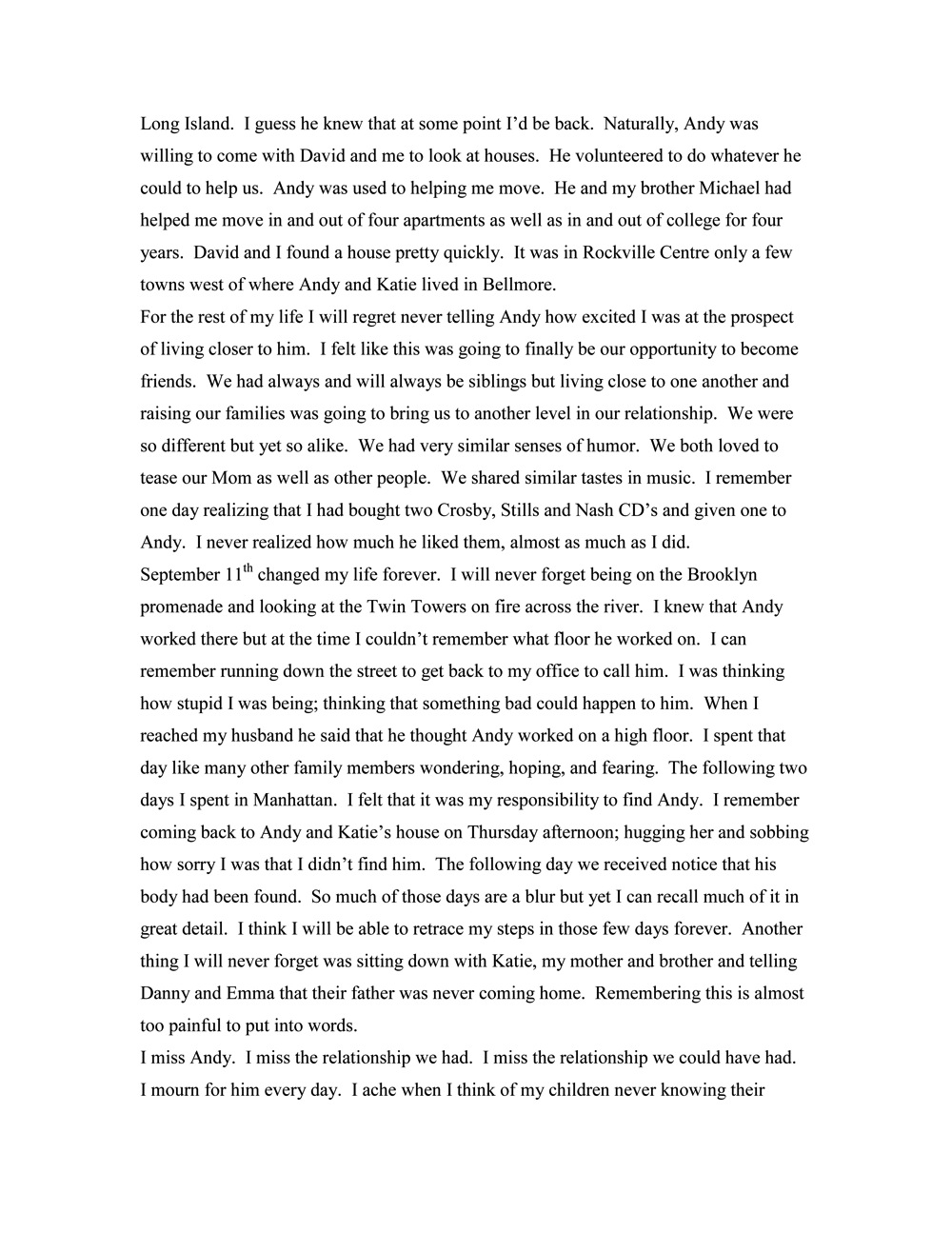 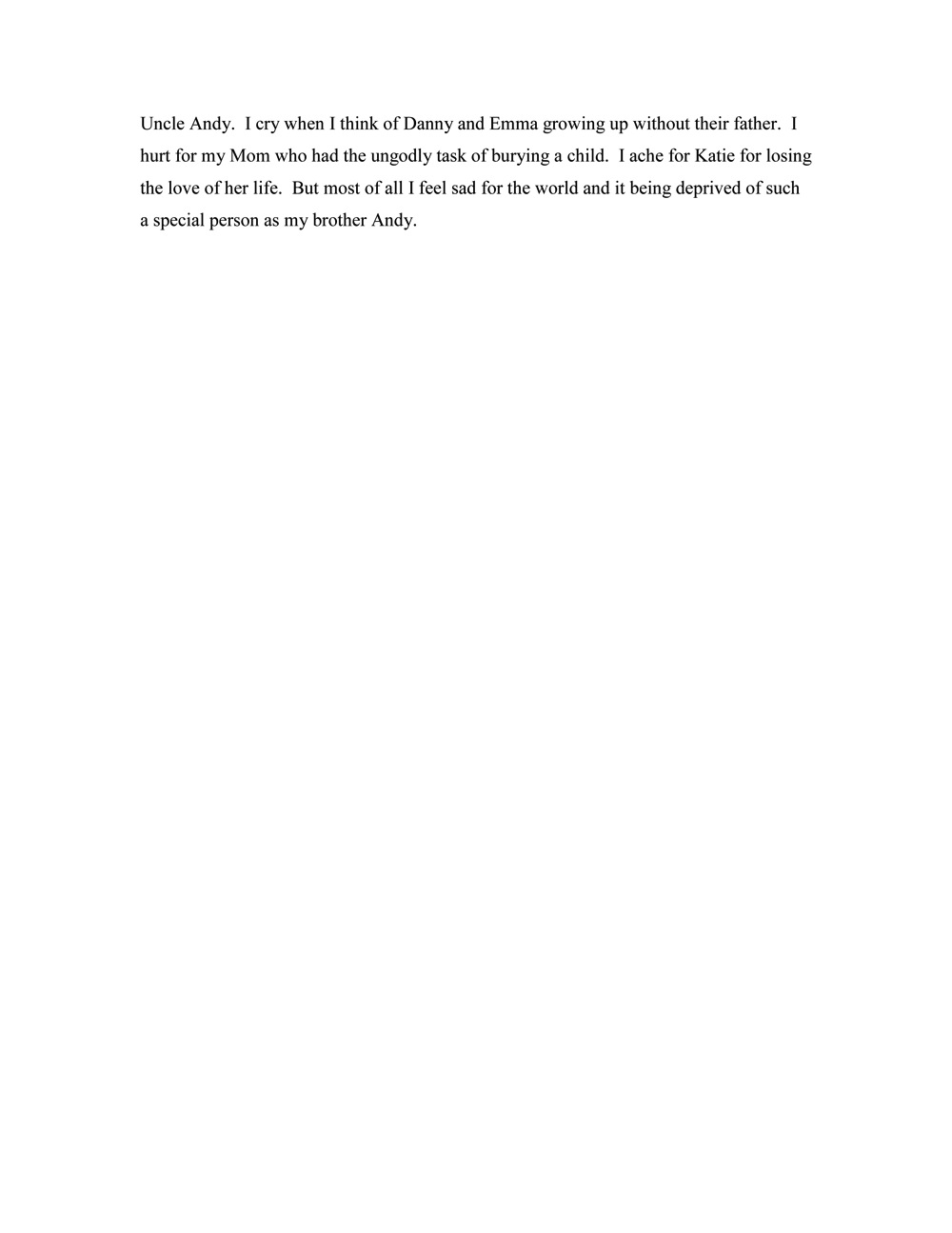 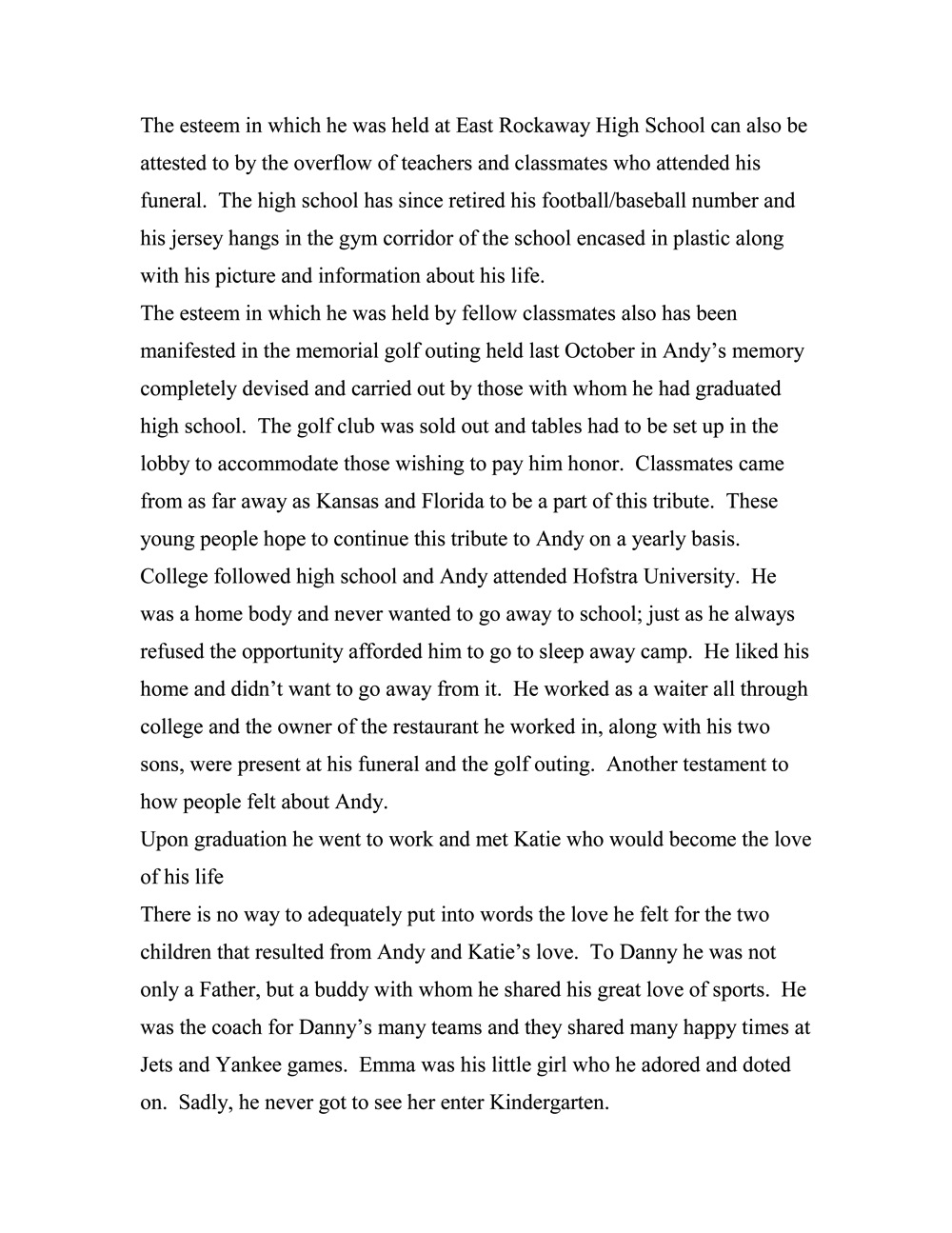 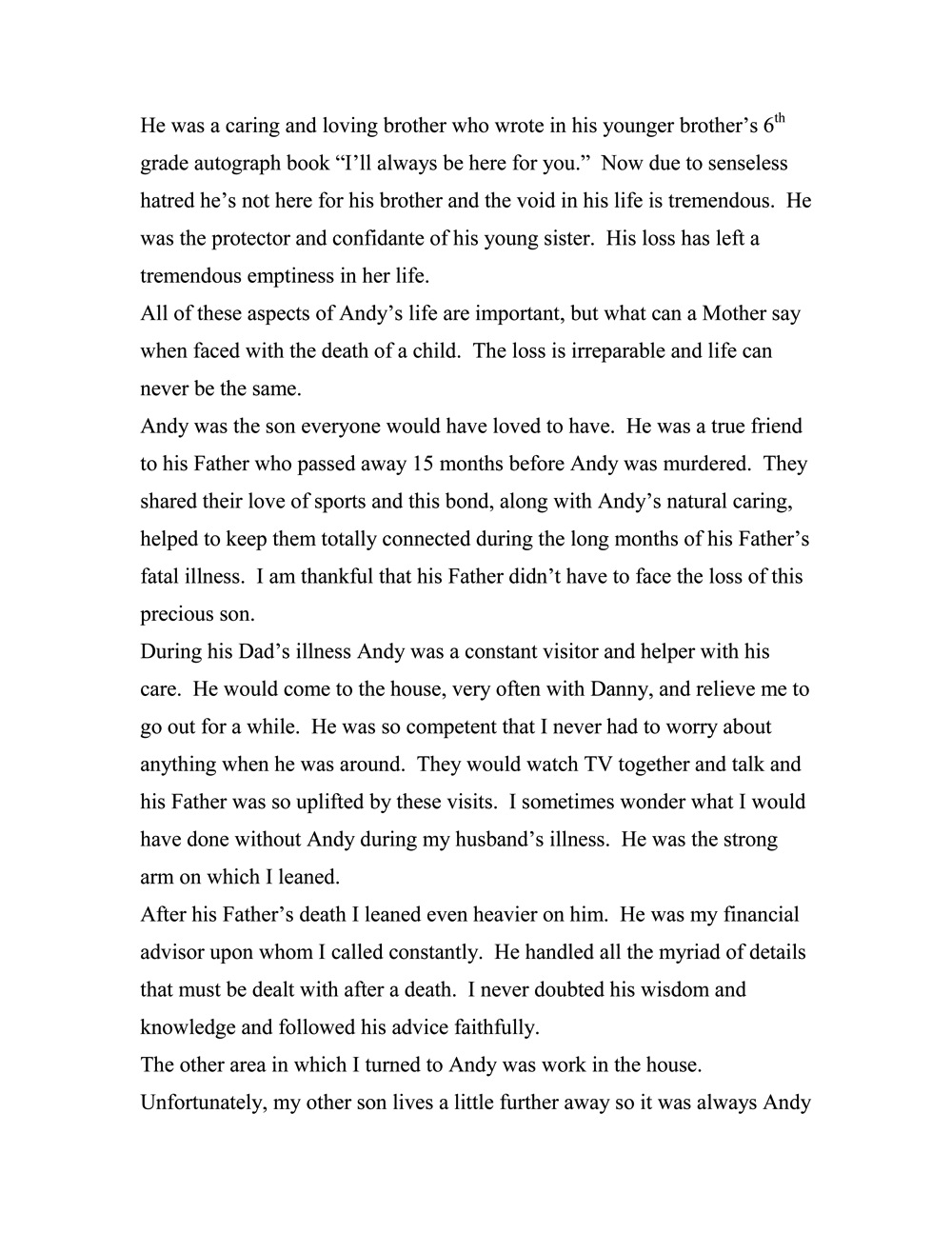 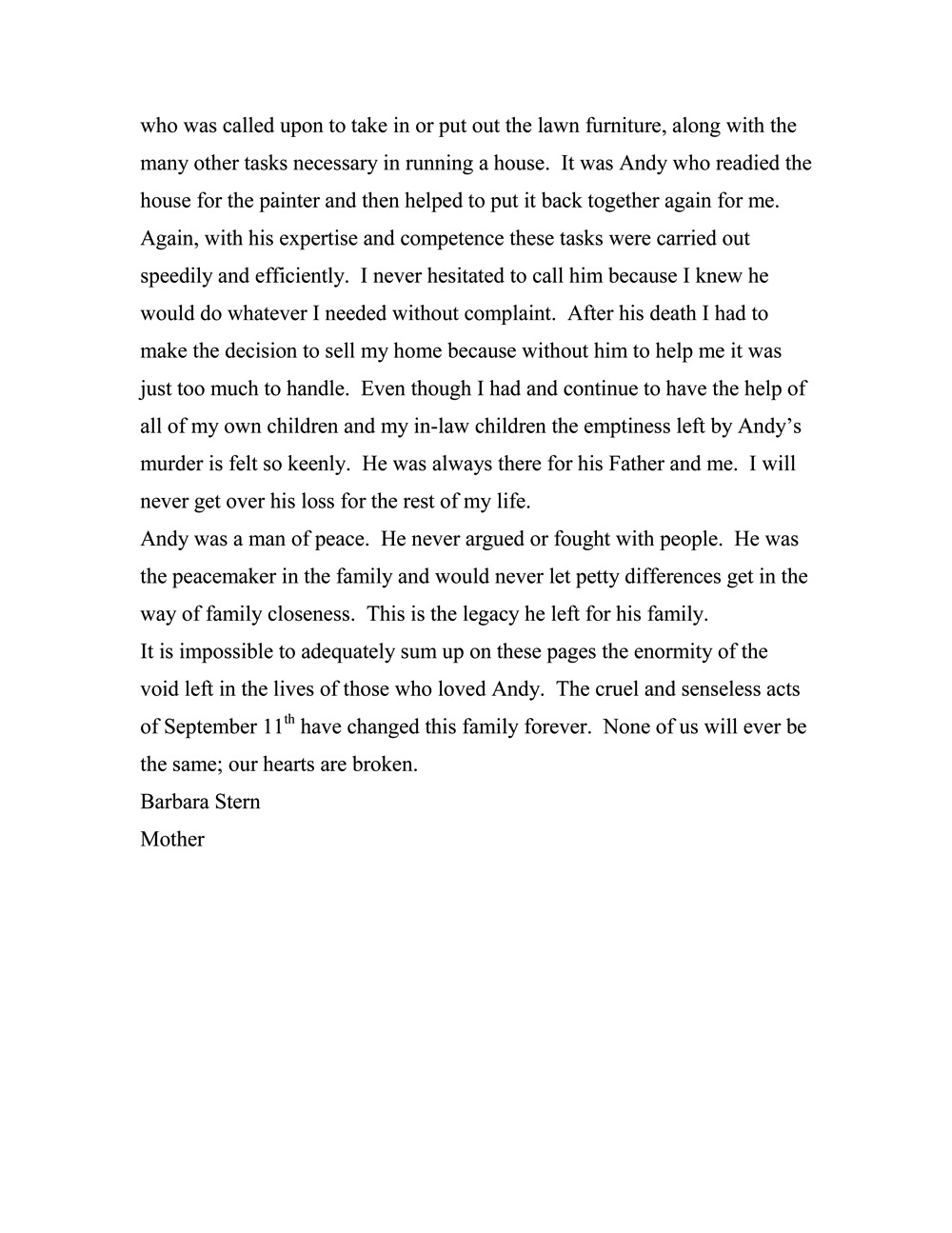 A Written Tribute to Andrew 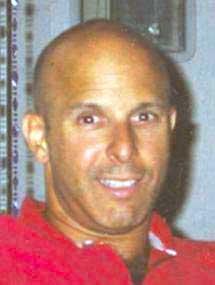 A Circle of Life
Andrew Stern

How to fathom the circuitous andhorrifying symmetry of the twin towers in the story of Andrew Stern, a Cantor Fitzgerald broker.

"Our lives started together in the World Trade Center and now they haveended with it," said his wife, Katie. The couple met there in 1986. That was atDean Witter Reynolds, as it was then called, when it was in 2 World TradeCenter. He was a trader. She was a sales assistant. "I didn't really know himwell," she said. "We met at the copy machine."

Hindsight reveals how perceptibly, but inevitably, photocopying led todating, and marriage, and children — Danny is 7, Emma is 4 — "andas the years went by, I fell in love with him more and more," Katie said. Theyboth moved on, and out, of the trade center, but Andrew returned — thistime to 1 World Trade Center — to be a broker in Cantor Fitzgerald'smunicipal bond department on the 104th floor.

And so it happened that last Saturday they drove in from Bellmore, N.Y., toattend a Manhattan wedding, and stayed overnight in the Roosevelt Hotel. "I'mso glad to have a memory of that romantic evening," Katie said. But when theyleft on that beautiful Sunday morning, they walked down Fifth Avenue towardPennsylvania Station, "and we could both see the trade center, right therebefore us."