It's been a 20 years now, it hard to conceive that you're not with your family today. Alok uncle and my mama ji (Anil umarkar) used to work at Cantor Fitzgerald at 107 floor One WTC. My mami ji shared one photograph today with us, and I was intrigued with that because in that photograph I saw some special bonding of you with my mama ji and with your colleagues. Uncle please bless us from heaven. 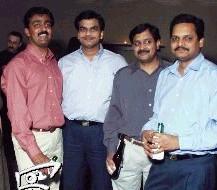 A photo of Alok with his family 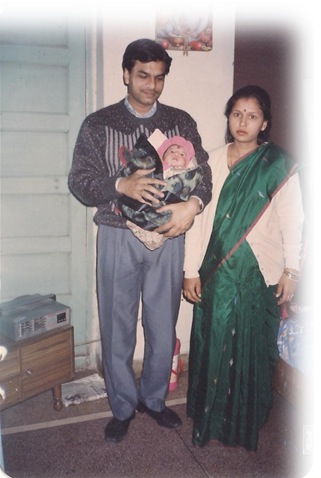 A photo of Alok with his wife and child 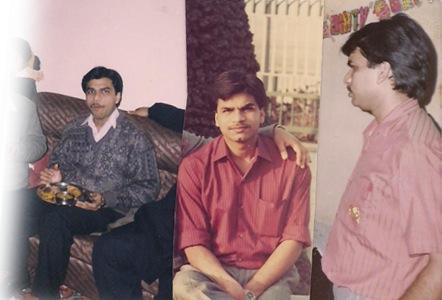 A collage of photos of Alok 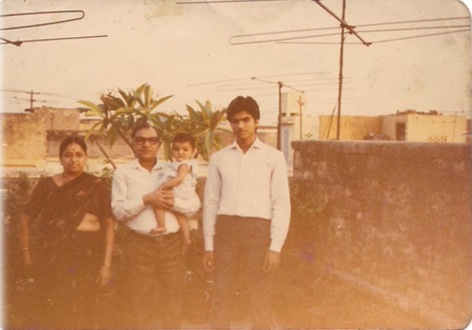 Alok with his mom and dad 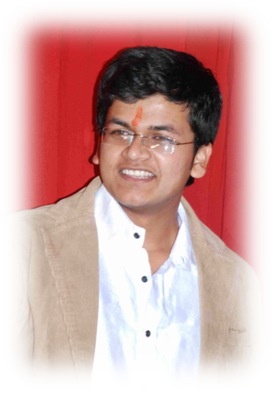 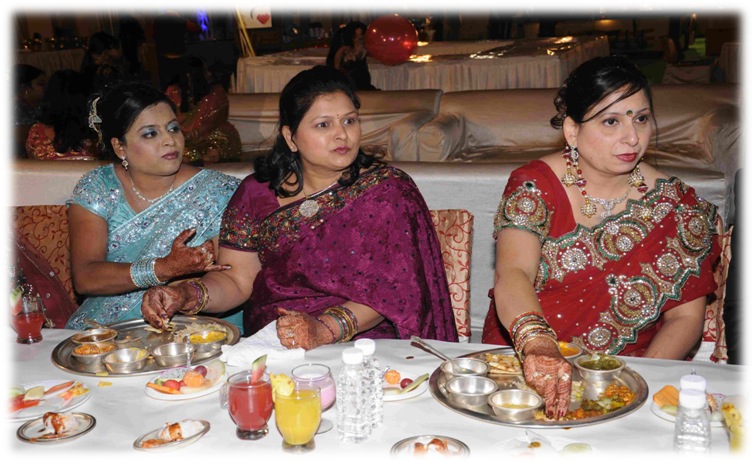 Alok's wife at a special occasion 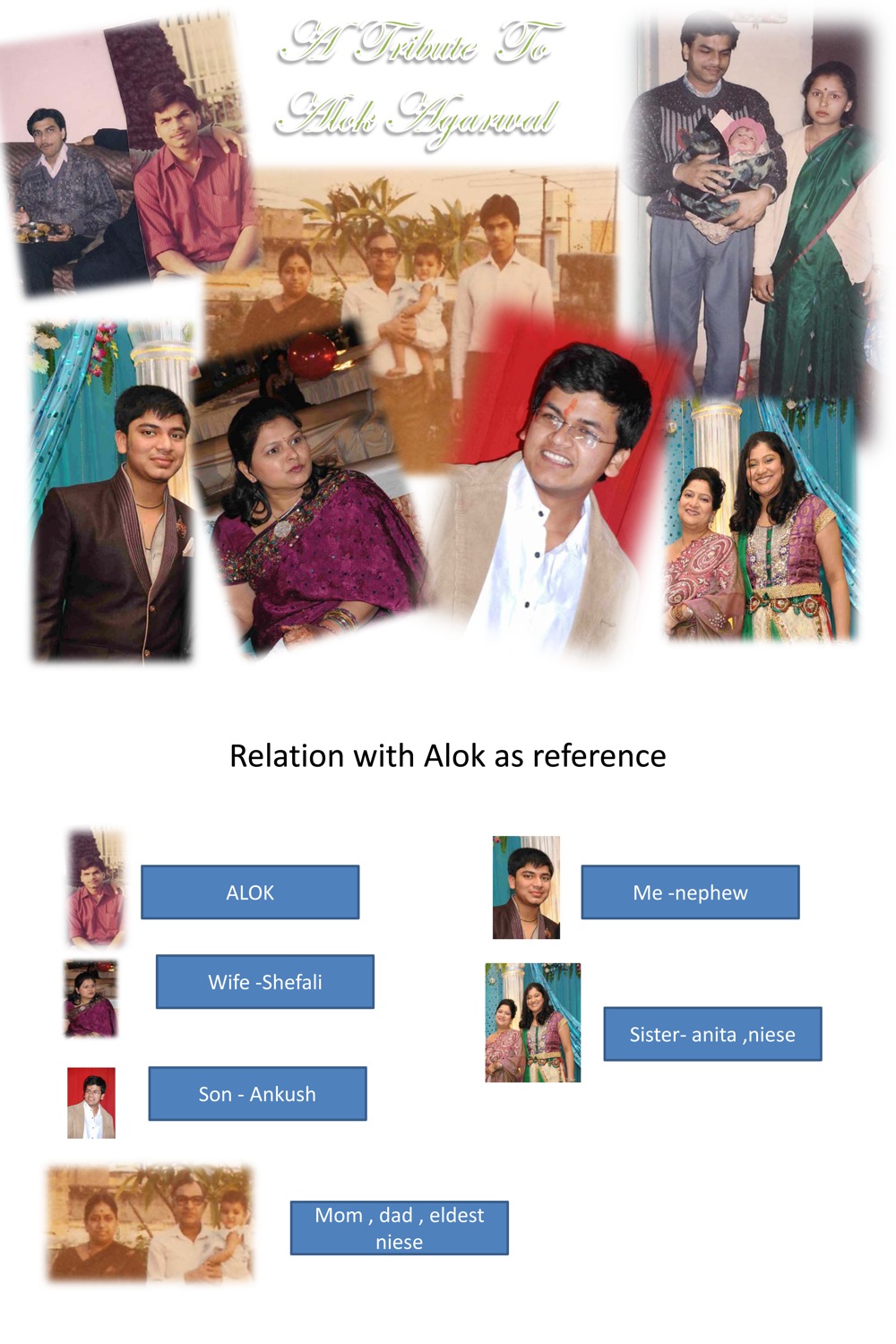 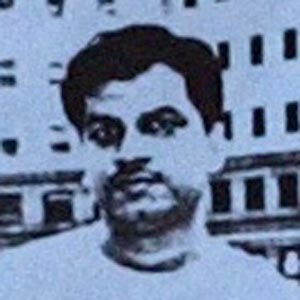 A portrait of Alok 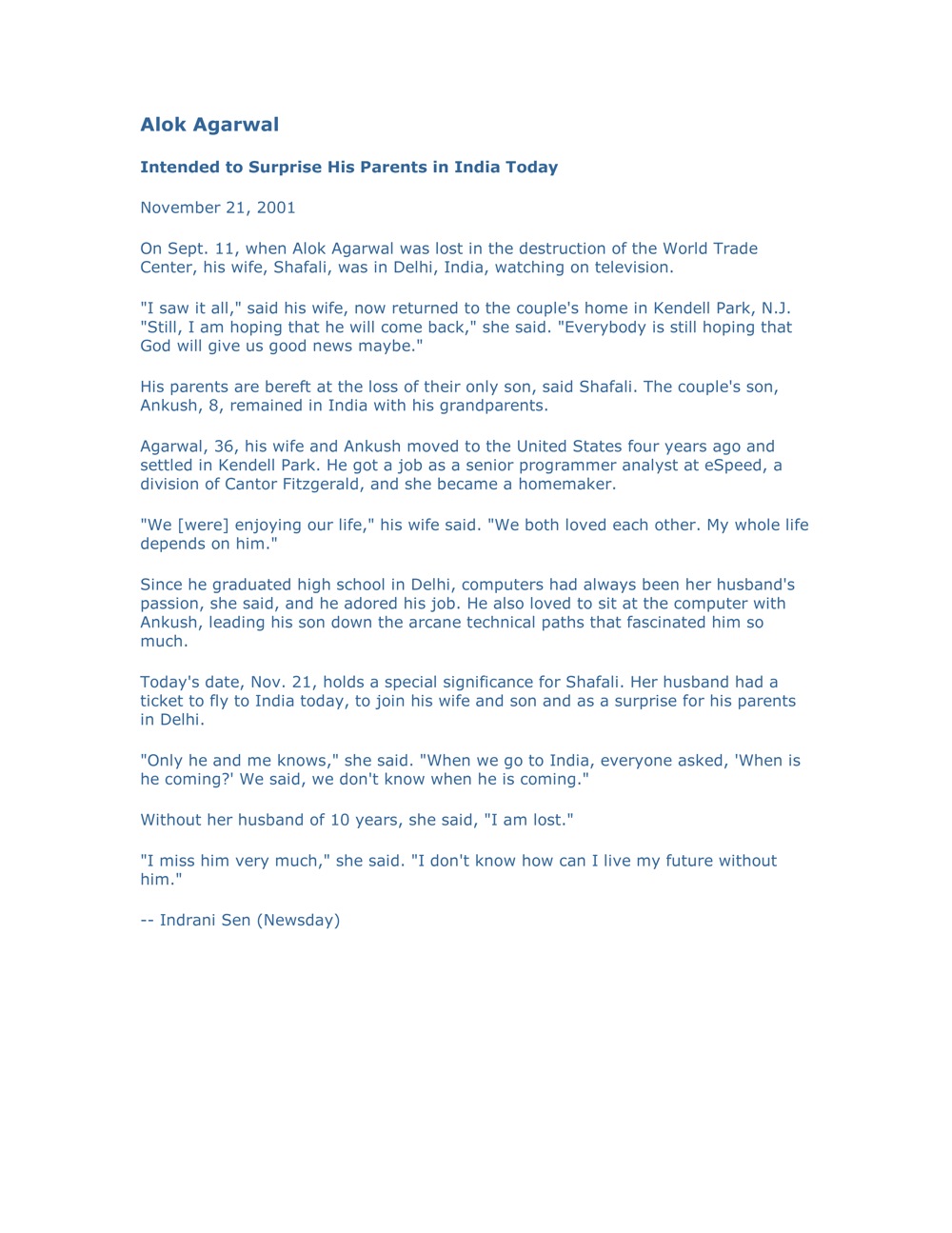 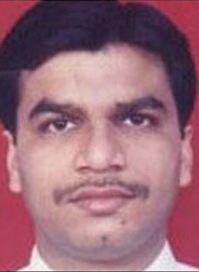 Alok Agarwal: Too Often Lonesome Published: July 14, 2002   When Alok Agarwal first left Delhi for the United States in 1997, his wife, Shafali, and his son, Ankush, cried because he was leaving. "Why are you leaving us?" his wife recalled thinking. "We want to come with you."     Within a few months, Mrs. Agarwal joined her husband, who was a computer technician, in New Jersey, but their son, who suffers from a chronic fever and cough, stayed behind with relatives. "He is very sick," Mrs. Agarwal said.     Three and a half weeks before the attack on the World Trade Center, the Agarwals spent a lazy day together, hanging around their Jersey City apartment, going to a mall.     But Mr. Agarwal, 37, was unhappy about something. His wife was leaving for her annual trip back home to Delhi. "This is your last time going to India," he told her. "When you go back home, I feel lonely in the house."     It was important for Mrs. Agarwal to return to India, to care for Ankush, 8. It was equally important for Mr. Agarwal to stay. He was the only one allowed to work in this country, and he was a computer technician for Cantor Fitzgerald. On an August day, Mr. Agarwal saw his wife off at the airport. He was supposed to see her in Delhi in November.