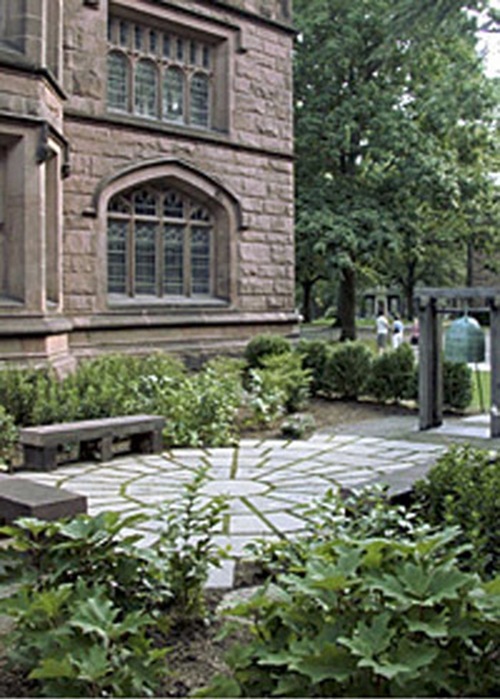 The 13 alumni of Princton University killed on September 11.

Purpose: President Shirley Tilghman made an announcement at a memorial service in December 2001 that the University would create a garden to honor the 13 Princeton Alumni who were killed on September 11. According to the press release in the Princeton Alumni Weekly, Tilghman stated, "our goal is to identify a beautiful and peaceful and living place where the names of these 13 Princetonians can be memorialized for all time. We hope it will become a place not only of remembrance, but of reflection and renewal--a place where their flames can be kept alive and their spirits can be at peace."
Reason site was selected: The current plan is to build a garden in the heart of the campus next to Chancellor Green library, East of Nassau Hall which is the University's first and oldest building and the location of the President's office, in the vicinity of the new Humanities Center. This center is currently under construction, so design of the site cannot be finalized until the end of this academic year.
Events planned for site: The site was proposed at the memorial service for the 13 alumni, but other events wil not be planned until the final site is selected, designed, and created.