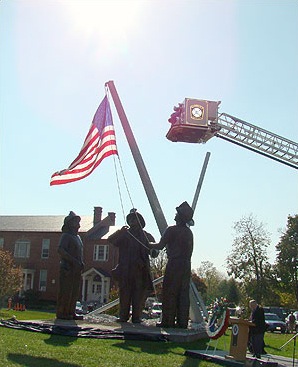 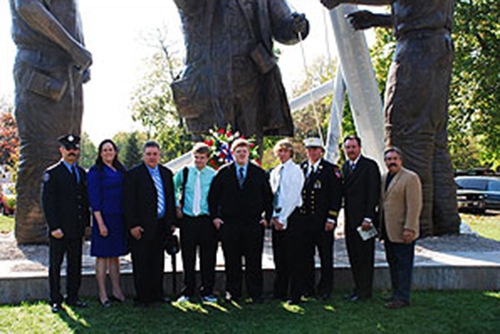 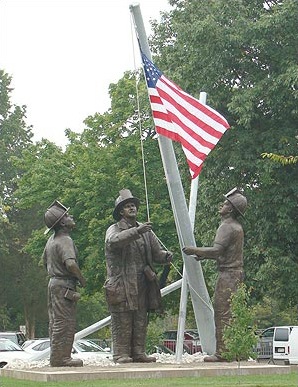 All the firefighters who their lives on 9/11/01

This 40-foot-tall bronze monument, named "To Lift a Nation," was created by sculptor Stan Watts to honor the heroes of September 11, 2001.

The three-times life-size statue, recreates the now-famous photo taken by Thomas E. Franklin, a photographer for the Bergen Record, who captured the image of three firefighters raising the American flag at Ground Zero. "The monument and its flag are symbols of hope and courage for a nation deeply impacted by this tragedy," Watts said. "It honors a moment in the history of our country and reminds us of the bravery and sacrifice made by our firefighters and by thousands of citizens, from all walks of life, who selflessly serve humankind in times of need." The monument stands 40 feet high, six feet deep and eight feet wide. Each of the three firefighter's statues weigh more than 5,000 pounds and were formed from approximately 160 bronze sections weighing between 60-to-80 pounds each.