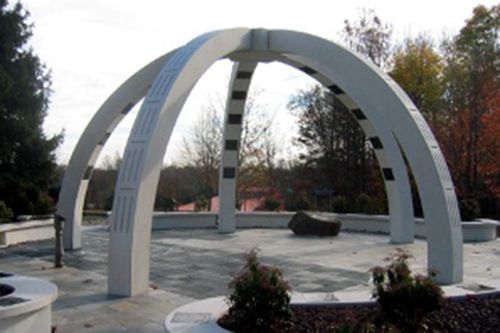 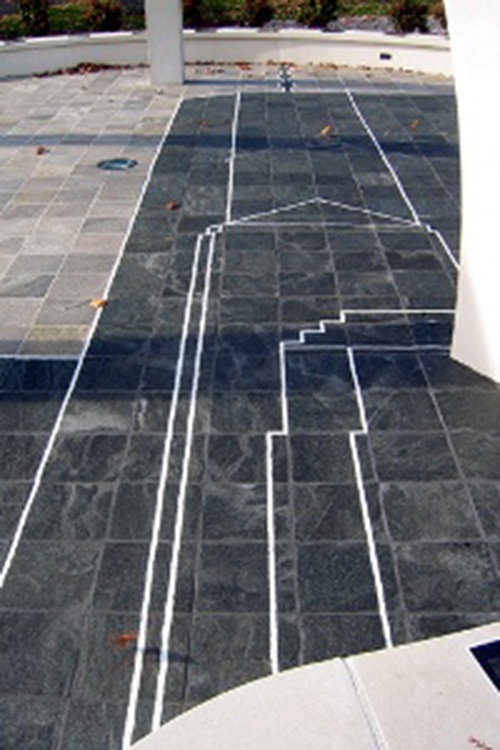 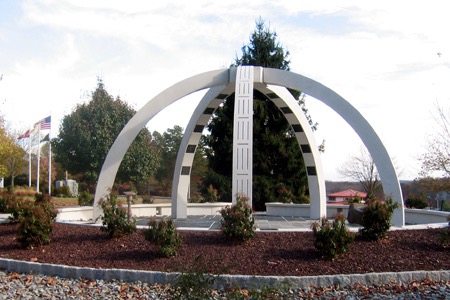 "The memorial's quartzite floor is etched with the New York skyline and each of the five poured concrete arches that comprise the structure's pentagon shape commemorate one of the township residents who died in the attacks. On the pillars are symbols of America's freedom — the twin towers, the Statue of Liberty and the bald eagle — as well as a plaque for each of the Howell men killed.
The pillars meet at a pentagon above, meant to symbolize the U.S. Pentagon and the people killed there. Inside the structure is a boulder from Shanksville, Pa., where Flight 93 crashed, and a piece of what was left of the World Trade Center.
The monument, which sits on a lawn outside the municipal building on Preventorium Road, was designed by Miguel Eiras, a mason and volunteer firefighter at Squankum Fire Company. Eiras was assisted in the construction by Gene Snyder, another Squankum volunteer and the owner of a trucking company, as well as several township employees."