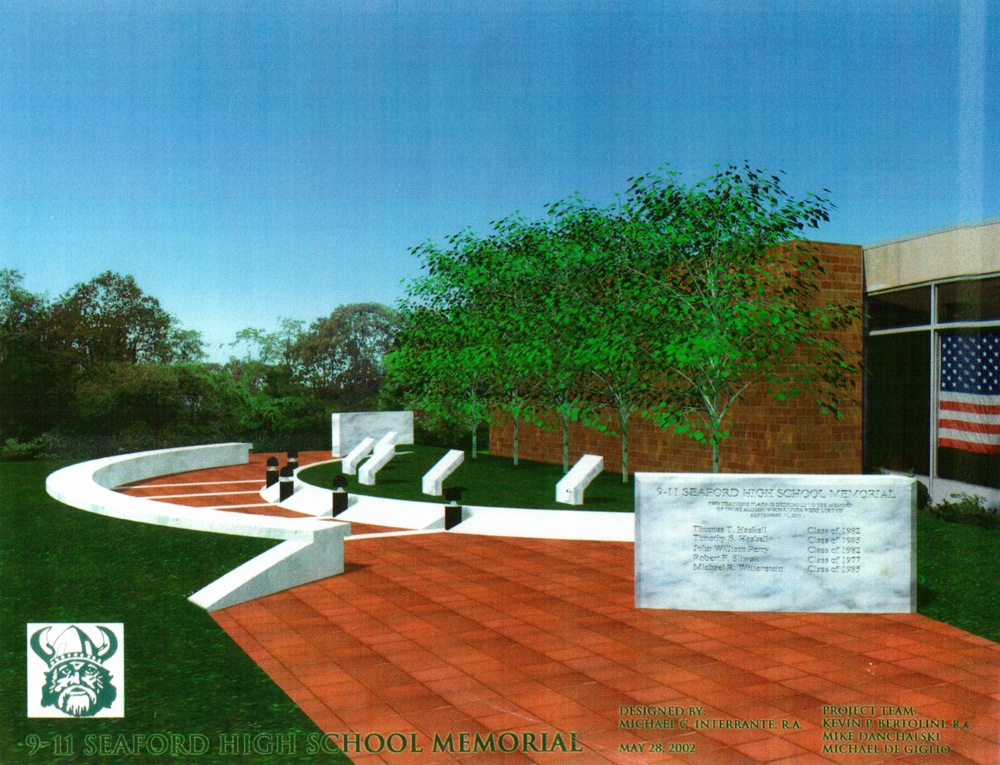 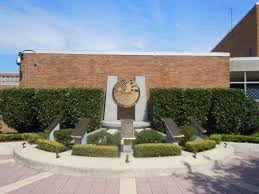 The five Seaford High School alumni who died on 9/11

To memorialize the five Seaford High School alumni who died on September 11: Tommy Haskell '82 (FDNY), Timmy Haskell '85 (FDNY), John Perry '82 (NYPD), Robert Sliwak '77 (Cantor-Fitzgerald), and Michael Wittenstein '85 (Cantor-Fitzgerald). The project was initiated by two former principals of the school who then created a committee comprised of school and town leaders, family members of the deceased, and other interested community members. The memorial garden and teaching plaza is the physical act of remembrance, while they also created five ongoing scholarships of $3,000 each, to be awarded to Seaford High School students, in memory of the five alumni. <BR><BR><b>Reason site was selected:</b> The site was selected because it is on the high school grounds, accessible to all the students, and also is highly visible from local streets. <BR><BR><b>Events planned for site:</b> A groundbreaking ceremony was already held on August 14th, with dedication to occur on November 23rd. But the memorial will not just be used for events once in awhile, it is created for daily use. The memorial is going to be both a garden and a teaching plaza that is large enough to accomodate a class of 30. It is also adjacent to the school, and can be used to create a beautiful space for people to relax on nice evenings, after music concerts, meetings, during graduation and so on. Finally, it gives family members of the victims a place to come and remember those they lost. <BR><BR><b>Do you believe your memorial is a sacred place?:</b> The memorial will be multi-use, Seaford Booster Club member Lynda Schachner noted, so for some it will not be a sacred space. For the families, it could potentially serve as a sacred place of remembrance. In order to ensure that the site is maintained, the group is installing devices that prevent skateboarders from using the site.