September 11, 2001 is a day I will always remember. As I was an employee for a long distance telephone company called ILD in San Antonio, Texas on that day. The first call came into the office at 6AM TEXAS time, my manager Roxann Cona took the heart wrenching call that a man was jumping out of a burning building and to tell his wife he loves her. Roxann thought that it was one of many crank calls that we would receive each day then more calls came in that the building was on fire, please send help. As Roxann had no communication that morning she later found out the horrible event.

As my shift started from 11:00 am to 10:00 pm I was well award of the horrific tragedy when I arrived for my shift on Thursday, September 11, 2001. Over a period of 3 days our call center receiver over 200,000 calls with only 50 operators. We were connecting people to foreign translators 3 each minute, the callers were worried the world was coming to an end t o praying with the individuals to singing with the actual victims and soothing each caller in a calming manner, which took extra energy from everyone in the call center. During the course of the 3 day period, we were bombarded with calls that Bin Laden was seen in a white limousine and he rented rooms with many different people all over the country. The call center was repeatedly hooking up calls to the FBI and the Secret Service agencies, New York Police Departments and everything in between.

The AT&T switch was destroyed when the first building collapsed sending most of the landline and payphone calls to the MCI World Com phone center where we were located. Intelligent people were scared and lower income people were afraid it was a day that brought all classes of people together for one great event. WE could feel the fear in the callers voices. All of the operators at the call center were exhausted for the three day stretch mentally and physically. We placed calls to Greece and to Germany from the Muslim population calling Denver, Colorado and Boston, MA many of the calls were suspicious and turned over to the FBI.

My last call of the day on 9/11 was gentleman requesting a Taliban translator, as the translator was overworked and exhausted he stated that he could speak Saudi Arabic terminology and the caller at the point yelled with great yelling “no I must have Taliban!” and then slammed the phone down. We received many calls during the course of the week especially from the country of Brazil that hip hip hooray the USA was destroyed. Our salaries were never increased despite all this hard work and we all later laid off two months later with no unemployment benefits, however I was given a certificate of Number one Operator for the terrorist attacks. 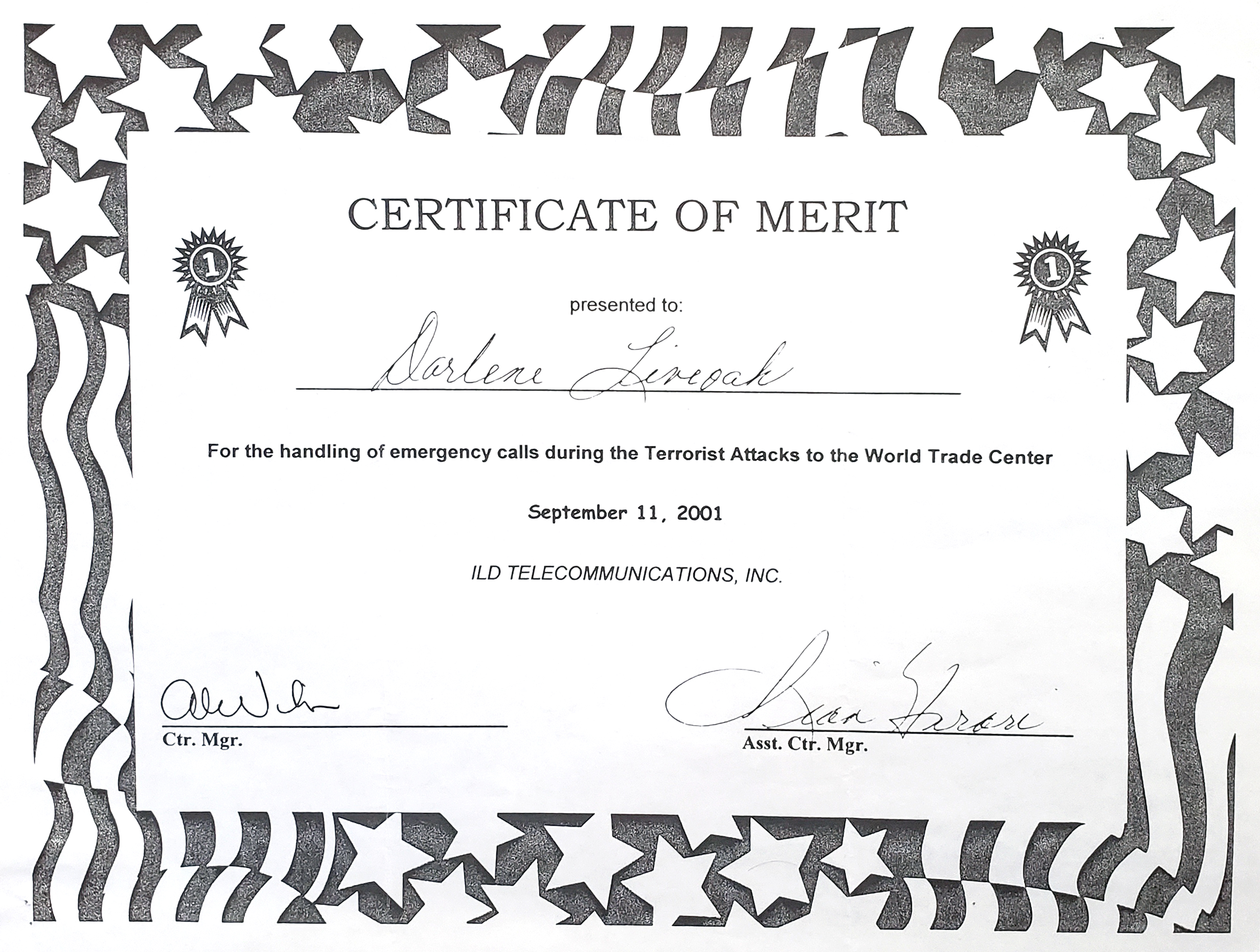