I recently ordered a bracelet

I recently ordered a bracelet to where in remembrance of the victims of 9/11 and specifically the victims of the WTC. I wanted to select a lady my age and when looking at the women who were age 35 in 2001 Laura's name stood out to me. I bought the bracelet to where with her name on it and in awaiting the bracelet to arrive I tried googling her name to see if I could find a picture of her. I did this picture and to my surprise her Bio said that she had a sister in New Mexico well her blood sister may very well live in New Mexico but her spiritual sister ironically or not (probably GOD lives there as well. (Me). I live in New Mexico. I will wear the bracelet and remember that tragic day that took the life of a precious soul that was a mother of a young child. May God bless her survivors and May God show mercy on those who give and gave no regard to even ONE precious life. Respectfully Carrie Jaramillo Los Lunas, New Mexico Born 1966

I am a friend of Laura's

I am a friend of Laura's sister Peggy and remember meeting Laura when I was in school at Parson's in New York City in the early 1980's. I never knew her as an adult but remember talking to Peggy about her sister and Peggy did not want the USA to go to war and create more death for other families. Peggy and I have lost touch at this time and I hope she is still alive. I shall contact her brother to find out. I hung a big American flag off my deck for a year. I was going to send it to the family but it was a bit weather worn. I still think of you and the rest of the Pettus family. I can tell your children stories of their Aunt Peggy for them if they want. Always in my heart and mind............. Love, Beth 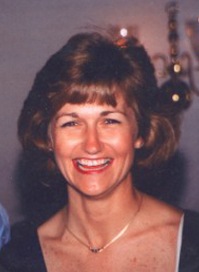 Laura M. Longing, age 35, of Pearl River, New York was a project manager working on the 96th floor of World Trade Center #1. Laura worked for Marsh and McLennan Companies as an Assistant Vice President in their information technology division. She was employed by Marsh and McLennan Companies and it’s subsidiaries for 10 years. Laura was born May 3, 1966 in the Bronx, New York to Kevin and Anne Marie Pettus. She was the youngest of three children. Laura has a sister Peggy Pettus who lives in New Mexico and a brother Keith of Goshen, New York. The family moved to Pearl River in 1967. Laura attended Nanuet schools and graduated from Nanuet High School in 1984. At Nanuet High School, Laura played varsity softball and soccer. Laura received her Bachelors degree from Pace University in 1988 and her Masters in Finance from Iona College in 1994. Laura met her future husband Chris Longing in 1983. They dated eight years before marrying on September 7, 1991. In 1992, after a year living in Stamford, Connecticut, Laura and Chris settled down in Pearl River to start a family. Their first child, William, arrived March 11, 2000 after many years of prayers, two fertility specialists, a failed attempt at in-vitro fertilization and several medical procedures. William, who Laura liked to refer to as the “miracle baby” was conceived without the help of the specialists. Their second child, Bryan, was born fifteen months later on June 9, 2001. Bryan was also conceived without the help of the specialists. Laura was a loving and caring mother who enjoyed spending the summer of 2001 with her boys. Laura returned to work from her three-month maternity leave, on week before her death on September 11, 2001. Laura loved the outdoors, camping, softball, golf and the beach. She also loved to travel. During her time at Pace University, she spent one semester attending college in London. She took the opportunity to travel throughout Europe for several months after the semester ended. Laura was a terrific cook, who liked to experiment by changing the ingredients in new recipes. Laura also loved to have a good time, she lived life to its fullest and was fun to be around. She was also a loving and caring person who put the needs of others before her own. She made the difficult task of being a successful businesswoman and loving wife and mother seem easy.