Tara my heart is broken

Tara my heart is broken everyday for losing a great friend like you. I was NYPD that tragic day. I looked for you over and over. Corey told me you were in the towers my sister was across the street and I looked for the both of you. I wish I found you intact. I know you are in a better place and I'm still healing inside. The Marines sent me overseas to get payback. I'm glad my mission was accomplished when we ended the lives of those responsible. Now they have to answer to God for their actions. I flew a flag in your honor in the city of Fallujah Iraq once we liberated the people there. I will someday be able to deliver it to your family it's something I've been working on for some time now...thanks for being such a great friend to me and for accepting me no matter how crazy I appeared to be by my artistic expressions (my hair) you were like one of the fellas to even have my back when my ex-girlfriend s people wanted to jump me!...lol you were ready to throw hands...that's what friends are for...you and my cousin Michelle Hilliard looked like Cagney and Lacey...My prayers to your family for they are now my family and they can count on me for anything. You are in a better place and eternally celebrating life with our Lord and Savior

My prayers and love go out to

My prayers and love go out to Tara's family. I wish I had the pleasure of knowing her I used to live near to and visit her church. I read the beautiful words and saw her beautiful picture. She was God's gift to her family and friends and she lives on in your hearts. We must all live each day to the fullest. She accomplished so much in her young life.

Posted by Tarah B.

Tara my dear friend co-worker and dancing partner,
we had the chance to work together at Robert Plan for a couple of yrs and from day one it was like i had known you forever i will never forget you my friendsee you on that big dance floor in the sky and save me a dance....4ever your friend L!

Tara, you were a great person

Tara, you were a great person and great friend. God bless your family... 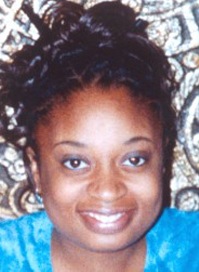