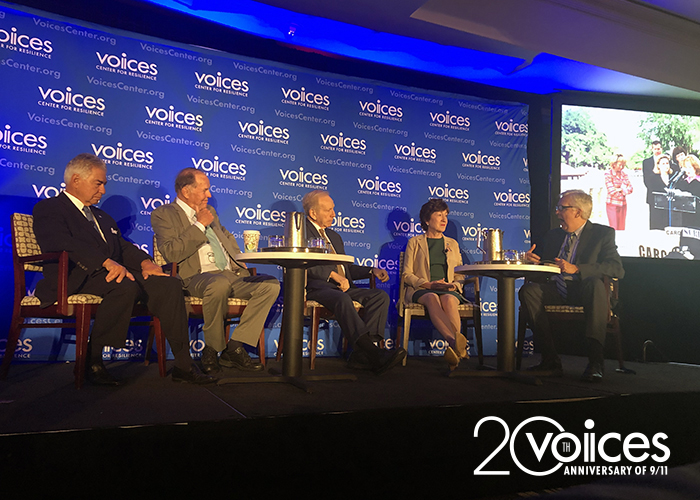 2021
Remembrance, Reflection, and Resilience was the theme of VOICES 20th Anniversary. In addition to our programs, we hosted three anniversary events this milestone year. Voices of Reflection Art Exhibit, at Silvermine Arts Center in New Canaan, CT, showcased our extensive collection of 9/11-related art. Our 2-day Remembrance Symposium was held in NYC and broadcast online. It featured prominent dignitaries and presentations by professionals from mental health to national security – all of whom discussed their accomplishments over the past 20 years and lessons learned. VOICES “Always Remember” Gala was hosted by ESPN’s Jeremy Schaap. Honored for their dedication and leadership in the aftermath of 9/11, our awardees were Robert Hurst, Founder and Former CEO of 9/11 United Services Group, Edie Lutnick, Co-founder and President of the Cantor Fitzgerald Relief Fund and General David Petraeus, US Army (Ret.). 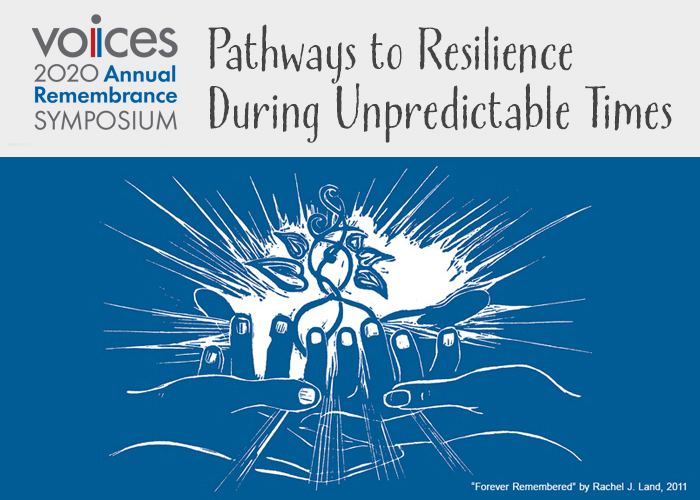 2020
VOICES, like every other organization, had to pivot in response to the outbreak of the COVID-19 to continue to provide support and promote healing during the pandemic. We created multi-faceted programs that addressed the physical and emotional repercussions of the lockdown – including new COVID-19 Tip Sheets that were distributed worldwide. VOICES embraced the new virtual opportunities and hosted this year’s events online. Our two-day Remembrance Symposium, Pathways to Resilience During Unpredictable Times, engaged over 900 people, from 9 countries and 39 states. Our 2020 Always Remember Virtual Gala honored our Champions of Resilience – George Bodenheimer, Tom Michaud, and George Martin. We were also fortunate to still hold our 7th Annual Golf Outing at the prestigious Quaker Ridge Golf Club. 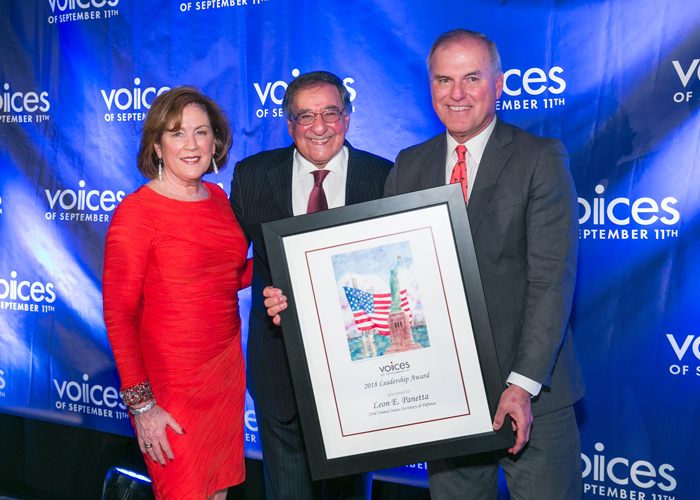 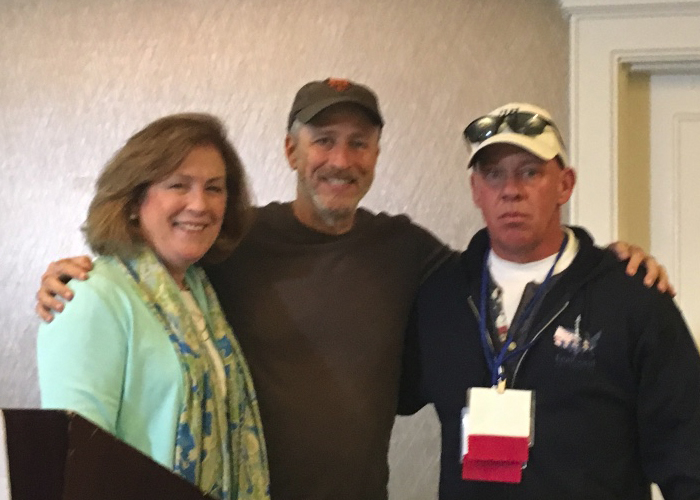 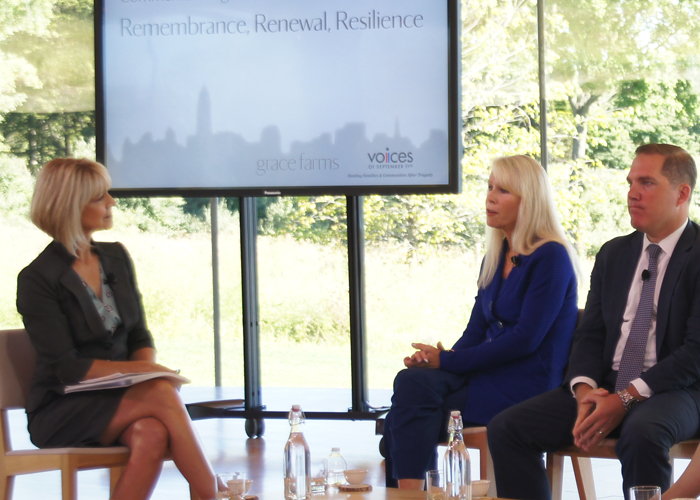 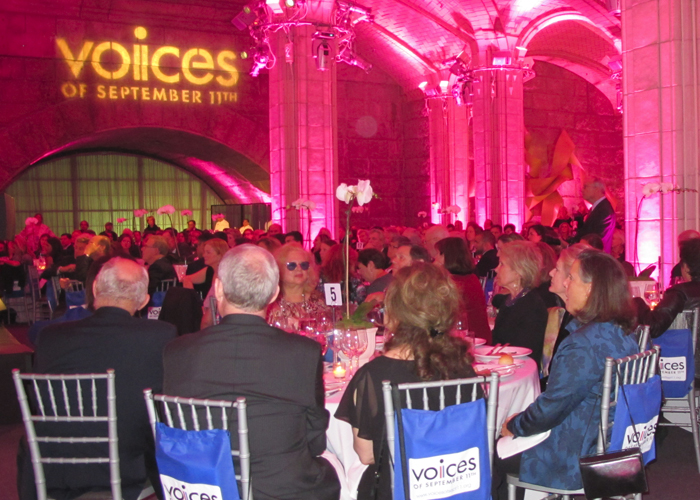 2015
VOICES launches new Living Memorial website. With funding from the Robert Wood Johnson Foundation, VOICES begins to develop curriculum and training based on "Preparing for After" Resource Kit findings. In partnership with the Center for the Study of Traumatic Stress and the Canadian Resource Centre for Victims of Crime, VOICES conducts research project, "Investigating the Long-Term Impact of Bereavement Due to Terrorism: Factors That Contribute to Trauma, Grief, Growth and Resilience." Funded in part by the Canadian government, the study will examine the long-term mental health needs of victims' families. FBI Director James Comey is keynote speaker at the 8th Annual Always Remember Gala, and former FBI Director Robert Mueller receives VOICES Building Bridges Award. CBS Correspondent Lesley Stahl serves as emcee. 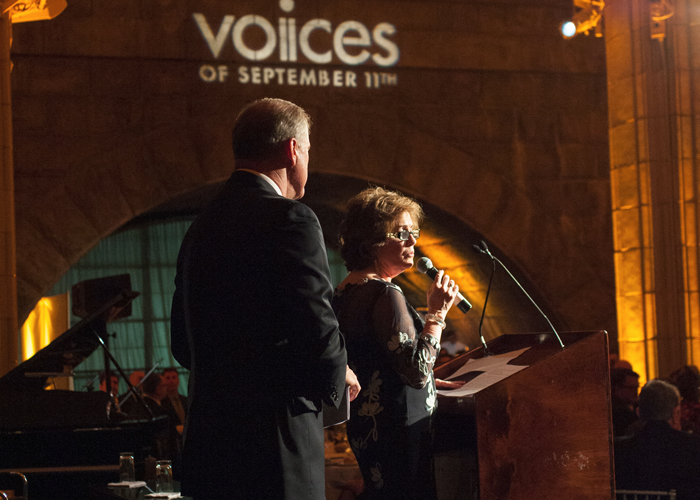 2014
VOICES is awarded a 2-year contract from the CDC to promote services available through the World Trade Center Health Program for 9/11 responders and survivors. "Preparing for After" Resource Kit is released to share lessons learned with communities preparing for and responding to acts of mass violence. Governor Thomas Kean and Senator Joseph Lieberman present keynote conversation at the 7th Annual Always Remember Gala, moderated by CBS correspondent Norah O'Donnell. 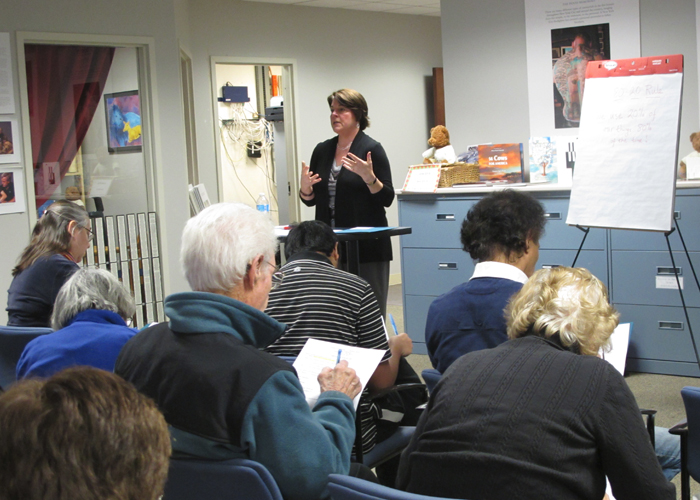 2013
VOICES announces the establishment of the Center of Excellence for Community Resilience to share lessons learned and promote healing in the lives of those impacted by disasters. Secretary of State Hillary Clinton is keynote speaker for the 6th Annual Always Remember Gala, and New York Police Commissioner Ray Kelly is presented with VOICES Building Bridges Award. Mary Fetchet inducted into the Hall of Fame at Columbia School of Social Work. 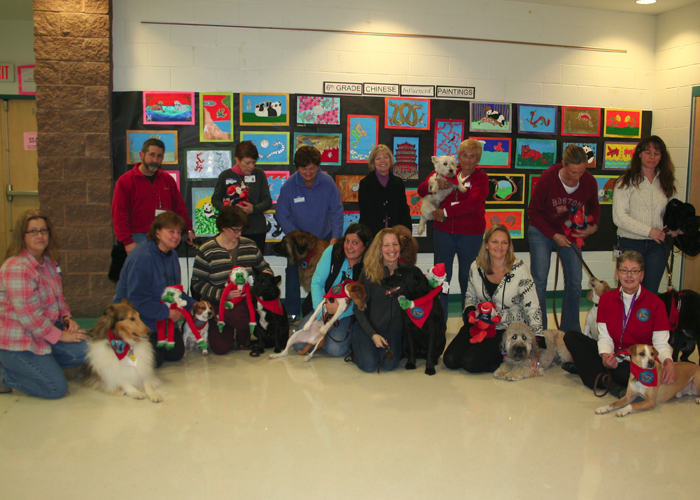 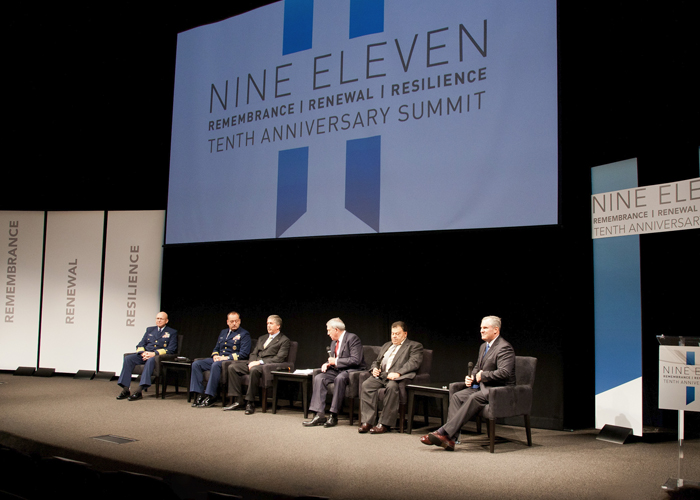 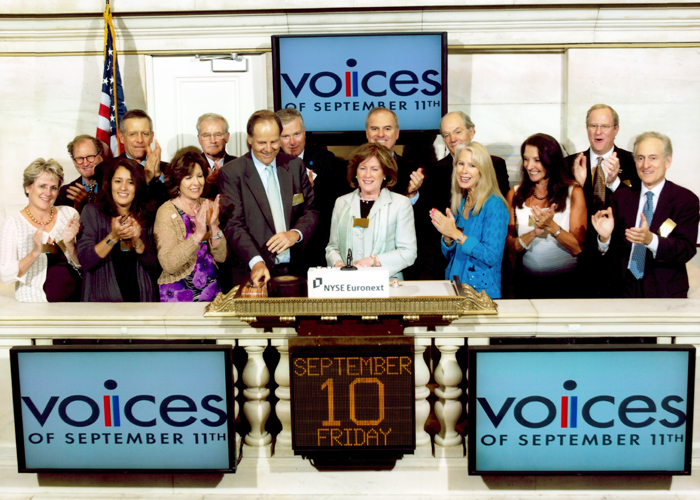 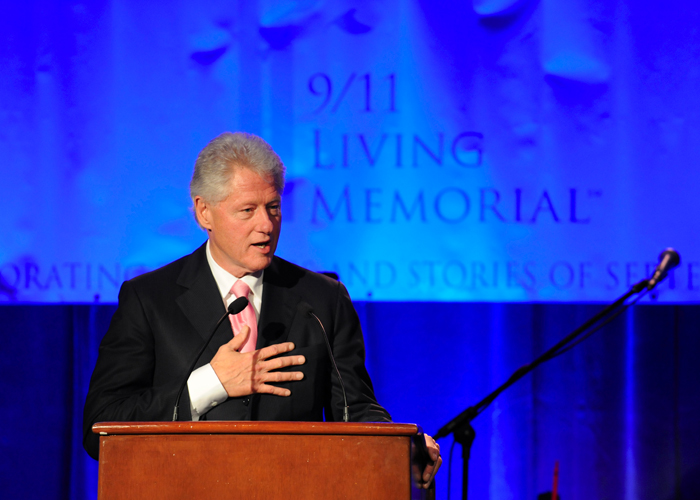 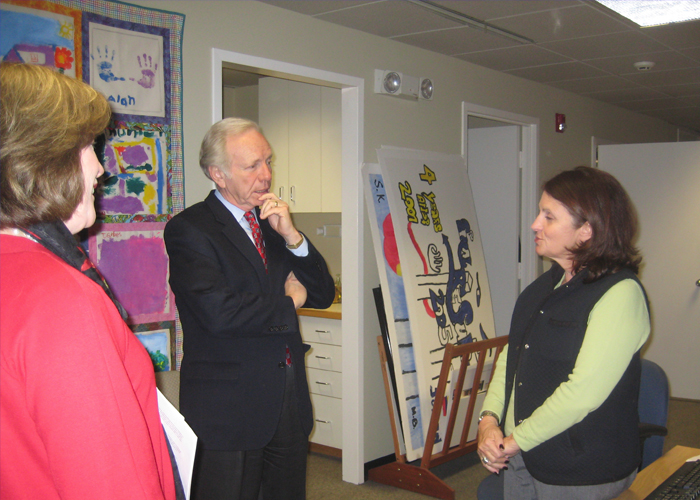 2008
The annual Information Forum features President Bill Clinton, who speaks on the progress on Homeland Security over the last seven years and the global threats that still remain. VOICES hosts its first annual Always Remember Gala, with Brian Williams serving as Master of Ceremonies. 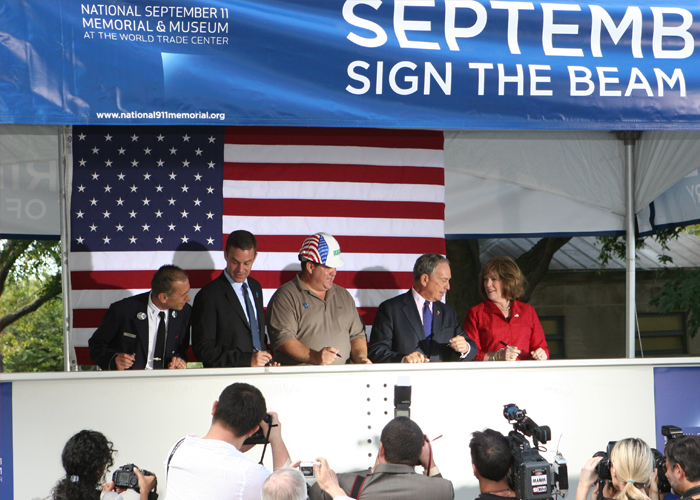 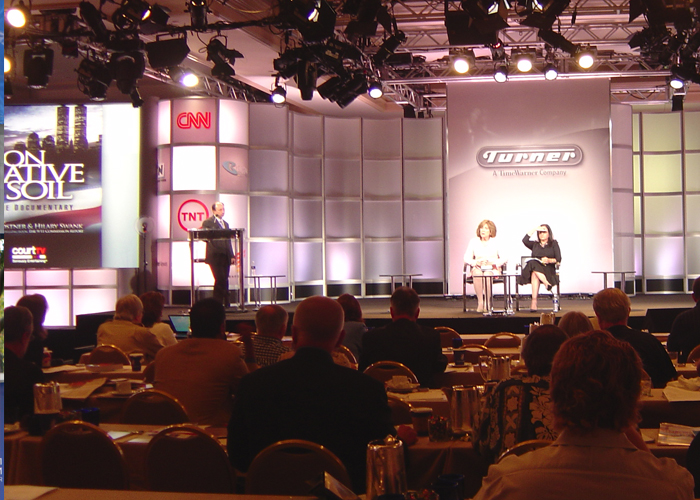 2006
An announcement is made that VOICES will launch the 9/11 Living Memorial Project, an online digital archive chronicling the lives lost on 9/11 and documenting the stories. Mary Fetchet testifies on Capitol Hill about the effectiveness of the measures recommended by the 9/11 Commission. 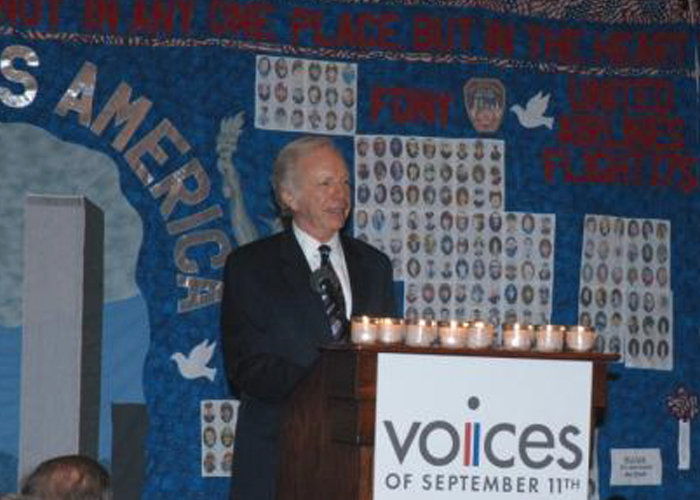 2005
Mary Fetchet, along with other 9/11 family members, testifies at the Homeland Security hearings. "Friendship bears" are presented by VOICES to Russian Ambassador Yuri Ushakov for the family members of the victims of the Breslin School attacks in Russia. VOICES holds a Holiday Interfaith Service at St. Paul's Chapel. 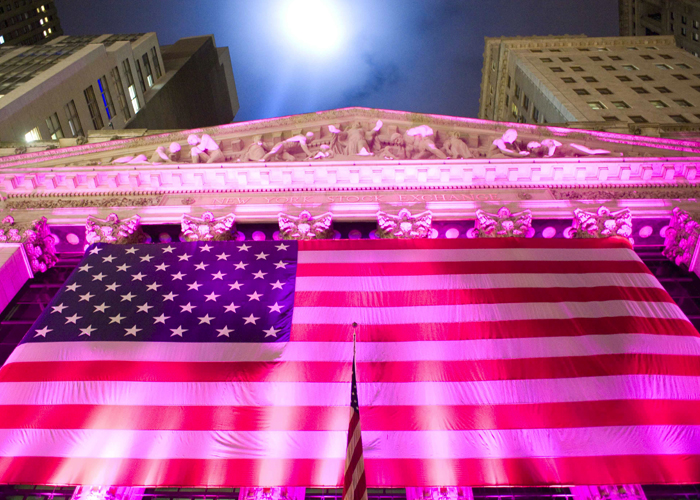 2004
Over 1,600 family members attend the VOICES Information Forum and Luncheon in September, providing an opportunity for 9/11 families from around the world to gather together and access information. VOICES partners with the Department of Homeland Security and the American Red Cross to promote September as National Preparedness Month. Mary Fetchet testifies before the U.S. Senate Governmental Affairs Committee. 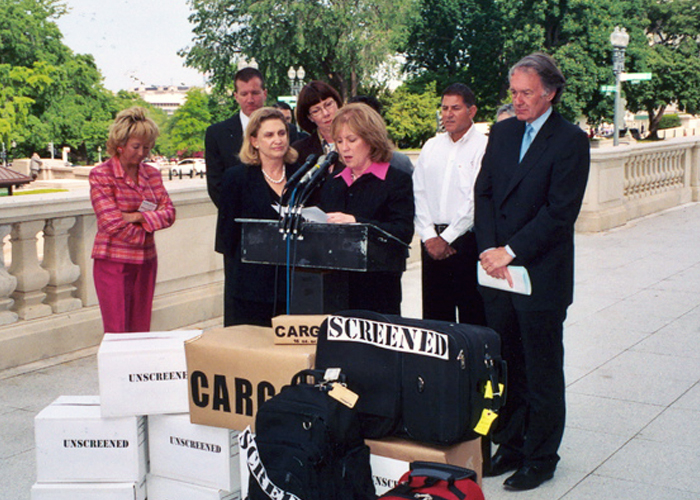 2003
VOICES receives non-profit status and co-hosts a workshop with Imagine New York about plans for a Memorial to the 9/11 victims. Mary Fetchet testifies before the Commissioners for the 9/11 Independent Commission. 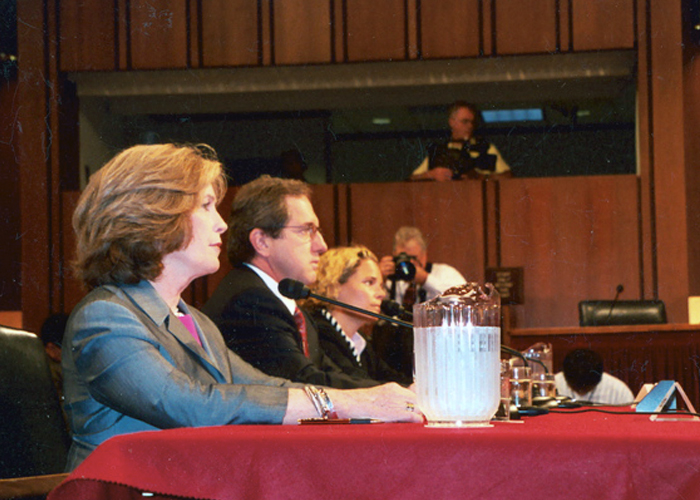 2002
VOICES opens its first office in New Canaan, CT and hires social workers to provide clinical support. On September 10, the organization hosts its first annual Information Forum and September 11th Commemorative luncheon at the Marriott Downtown Hotel in New York City. Together with other members of the 9/11 Family Steering Committee, Mary Fetchet and Beverly Eckert demand a congressional joint inquiry into intelligence failures that led to the terrorist attacks. 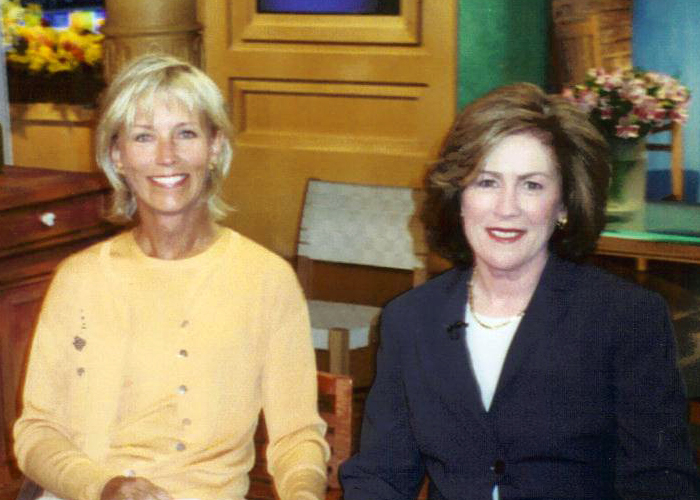 2001
In the aftermath of the September 11th terrorist attacks, Mary Fetchet and Beverly Eckert begin a grass-roots organization, later known as Voices of September 11th, to provide a clearinghouse of information and support for all those impacted.